Want to see something absurd? Check out what’s sitting on my desk!

Yes, that’s what it looks like. A Luxman L-505u integrated amp ($4100) and a pair of Joseph Audio Pulsars ($7000). This displaced a pair of Audioengine P4 speakers ($250) and a Miniwatt N3 tube integrated amp ($350). I call that an upgrade, baby! I’m running it with an HRT Streamer II+ (old version, $350) and the honkin’ big Power Mac sitting under the desk (it’s the one with the old plexi monitor behind the laptop I’m currently typing on — the laptop under that one is “in for service” at the moment).

So, your first thought is, “you have lost your ever lovin’ mind” probably followed by “are you still drinking from New Years?” And the answer to both is, perhaps sadly, “no”. I’ve not sailed off the deep end nor was I raving drunk when I asked Jeff Fox over at Command Performance A/V to borrow some gear over the holidays.

Why are they here, then? Well, that’s a fair question — honestly, I’m not thrilled with the little Audioengines. Nothing wrong with them — the work great and do exactly what they’re supposed to. But. Well? They’re small — and sound it. Of all the gear I have on that desktop system, they’re very obviously the weak link. The little Miniwatt, all 3wpc of it, is currently scaring the living hell out of my dog by driving my brand new, burgundy, 8ohm, 98db sensitive, Tekton Pendragons to 95db+ — and believe me, that’s a story and a half right there. Another time ….

But, about the desktop rig, I’ve said it before (and I’ll probably say it again), the USB DACs that HRT is selling these days are just fantastic — I’m keeping mine. In fact, I may buy a second one for use in the “home theater” rig when I want to run music off the new Mac Mini I put up there — into my new Joseph Audio RM7xl and Cinergy 6.1 speakers. And that’s another story worth digging in to, as well. But no, not just yet.

So, what to do about the Audioengines? Well, it turns out that I don’t really listen near field at levels much over 70dB nominal (thanks, Radio Shack!). Which means that I really don’t need more than a Miniwatt’s 3wpc to be able to comfortably handle dynamic music and feel like I’m not missing anything. With the new Joseph’s upstairs handling left/center/right duties, the Totem Model 1 speakers were free to go elsewhere, including off to a new home by way of an AudiogoN advert. But before I packed them up, I wanted to see what they’d sound like in the desktop system … and, not really surprisingly, they sounded great. Far better than they sounded in the home theater rig, actually, since they’re not crammed into a cabinet anymore and that rear-firing port can really get going when they’re on stands. But if the Model 1’s sounded good, I wondered how much better the best-sounding monitors I know of would sound like there ….

And the answer? Amazing. They sound amazing.

But that said, I’m not sure they’re ideal for my application. The Infinite Slope Crossover that Joseph Audio speakers are rightfully famous for does make for a very seamless transition at the crossover frequencies — all good, there. The Pulsars, as you’d therefore expect, sound just great from the midbass on up. The bass, sitting that close to my face with the port facing to the rear and waving around in free space with no wall boundaries to back them up, sounds … fine … but not what you expect with a Pulsar. How do I know? I pushed the chair back another 3 feet — and there it was. Man, these speakers are killer. But they really do sound so much better if you can give them some room. They’re also a touch large/tall for the desk (and stands that I was using for the much smaller Audioengines), so optimality was simply not happening. However — don’t read too much into that. Got a different desk, and all bets are now entirely off. You know what might work a treat would be to put them on stands on the far side of the desk. Actually, that’d be genius. Hmmm ….

A note before I go about the Luxman. This is the L-505u, the “baby” of the Luxman integrated lineup and at $4100 for this brand’s entry point, I’d be expecting my money to buy quality and lots of it. This babylux does not disappoint. It’s got knobs and dials and glowing bits galore — and I have to say, it sounds fantastic. So much so that I’m not sure anyone would need to go “higher” on the Luxman food chain. 100wpc is more than enough for all but the most demanding speakers (where “demanding” = poorly designed, IMO) — so the only real reason to go for more power is audiophile oneupsmanship. This amp drives my Magnepan 3.7s just fine, thank you very much — I know. I tried it. Here’s another tidbit — the L-505u runs warm, but not hot, unlike it’s pure-Class-A stablemates like the 550 and 590. Much better for that desk, that’s all I’m saying.

But all that might be — and since I’m talking to audiophiles here, let me change that to should be — secondary to the sound of amp. And here, I hope I’ll be pardoned for the blasphemy, but here goes: when compared to the $10k+ Class A Luxman L-590a Mark II, I dramatically prefer the $4k Class A/B Luxman L-505u.

This is all a subjective, personal-opinion thing, but in this one person’s very personal opinion, the L-590a Mark II that I had the privilege to audition with my Merlins last year, may well have been the finest amp I’ve ever had the pleasure to hear. I loved that amp. Sadly, the amp doesn’t make the system. In that particular case in point, I really didn’t think the amp’s native coloring, a rich and warm mid range with just a hint of roll off at either frequency extreme, just wasn’t a good match for Merlin speakers. In short, it was too much of a good thing — the Merlins were already warm and rich in the mid range. I added the Class A Luxman and found that things went from warm to syrupy and the smooth Luxman sound became cloying. But I can think of a hundred other speakers where this rich character would launch the lucky audiophile right off-planet. Just not the Merlins. And, to a lesser extent, not the Joseph’s either. I’ve said elsewhere that I think the Joseph Audio “house sound” bears more than a passing resemblance to Merlin, so this isn’t surprising.

Which brings me to the L-505u and the Luxman Class A/B amp. With the Pulsars, the combo is breathtaking. Treble has copious air and sparkle. Bass has both bombast and delicacy. And, of course, this Luxman absolutely nails the mid range. This is what system synergy is all about. Want to get off the audiophile train? Here’s an exit. This combo will last you a life time — it really is that good. If you can, just do yourself a favor — get ’em  both and stop.

For many, however, this combo’s price tag will be prohibitive. I get that and I’m there, too. I wish I had even close to $12k available or this would be mine. I have no idea where I’d put them (the desktop is obviously not optimal), but that’s almost beside the point. I sure do want them. If I had anything close to $12k, I’d be haggling the hell out of my poor dealer.

Fine then. Call it an “aspirational system” and have done. When your stars align, and all that.

The Joseph Audio Pulsar and the Luxman L-505u, together, are most highly recommended. Doesn’t get any better than that, folks. Seriously.

by John Richardson We all know what they say about youth, right? Yep, that it’s wasted on the youth… Now well into middle age, I often like to think back to the trials, tribulations, and […]

Tubes in phono amplification and RIAA de-emphasis The final goal in phono stage design stands in two pillars. First is to invert the RIAA curve in order to get a flat response out of the […]

by John Richardson It should come as no surprise to anyone who frequents this e-mag that I ended up with yet another pair of speakers from John “Fritz” Heiler, founder of Fritz Speakers. Perhaps I […] 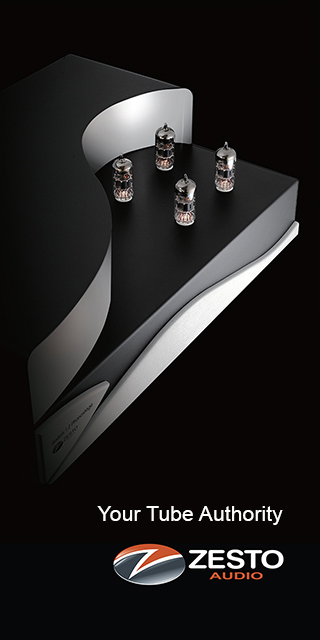 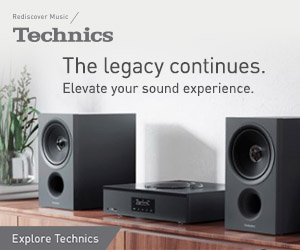 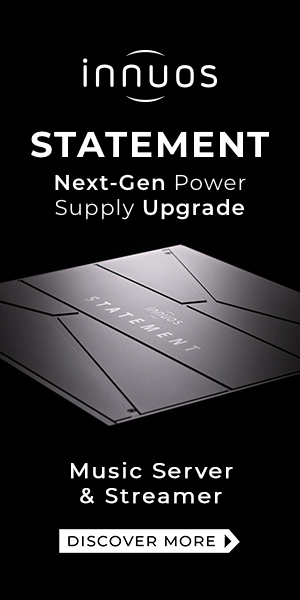