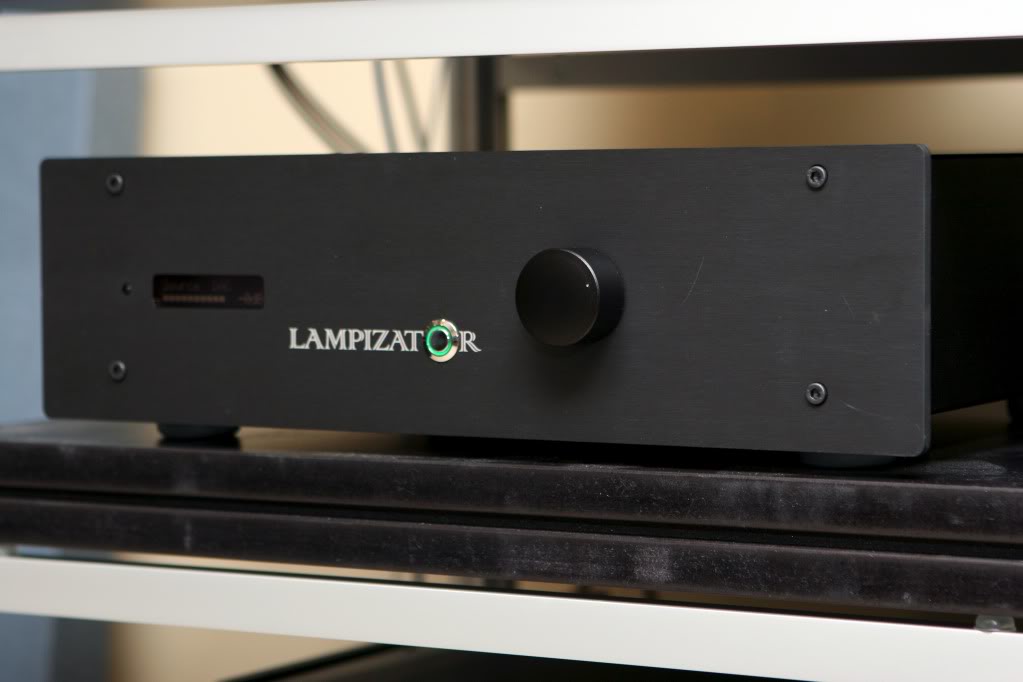 There are a lot of brands in the world. Some are household names. Advil. Macintosh. Polaroid. Wii. Prius. Some are more niche. Auricap (Audience’s electronics capacitors). Clarke’s (mens shoes). EOS (Canon’s cameras). Pilot Sport (Michelin performance tires). Some brands just have to be seen to be fully appreciated.

Lukasz Fikus is clearly angling for the recognition-factor with his LampizatOr line of DACs. LampizatOr? Yes. LampizatOr. Get used to that name — we’re going to be hearing a lot more of it moving forward.

I first ran across the LampizatOr last summer, when some lunatic over at the Computer Audiophile forums started raving about the LampizatOr being the “best DAC ever”. Strong words. Fightin’ words. Then I found a Stereomojo write-up on the LampizatOr Level 4 DAC and I was curious. Almost immediately thereafter, I read that it had taken the top spot in a six-DAC shootout, and I was very curious. So, I called Ming Su, the US distributor for LampizatOr, and that was all she wrote.

But not quite. I found myself actually, actively, missing the DAC. That’s never a good thing. So, after several months of thought-virus infestation, I exercised the demon.

Lukasz & team have come up with something new. He’s calling it the Level 4+, and it’s a variation on the DAC I got to spend time with last Fall. This DAC has a heavier, and more heavily damped, chassis. It also has a brand-new PCB design for the chipsets and layout. My DAC is fully balanced. It has a full set of V-Cap CuTF capacitors, an analog volume control (with a sleek Apple Remote), a 32-bit USB input for direct connection to my MacBook Pro server running Pure Music, and a BNC S/PDIF connection for use with an external reclocker/converter if I should choose to use one. It’s also got a sporty black faceplate and a green “eye” power-button. This is a hot-looking piece of gear.

Currently, it’s in the rack pushing tunes to a preamp while it burns in. I’ve got all of 24 hours on it so far, and yes, the sound is improving. Which is scary, because it sounded good right out of the box.

All I can say at this point is, “hee hee”. I’m really tickled. Much thanks to Lukasz Fikus and his crew in Warsaw!

Ahh, it’s good to be an audiophile ….

Introducing the Naim Uniti Atom “All in one, and one for all!” Wait, what? Ha! You’ve just been introduced to my new tagline for Naim Audio’s nifty combined audio system, the Uniti Atom. It’s an […]

I’m always open to listening to value proposition gear since it can be so much fun. When Underwood Hi-Fi (website) offered up their $1,499 LSA Discovery Warp One amplifier for review, I jumped at the […]