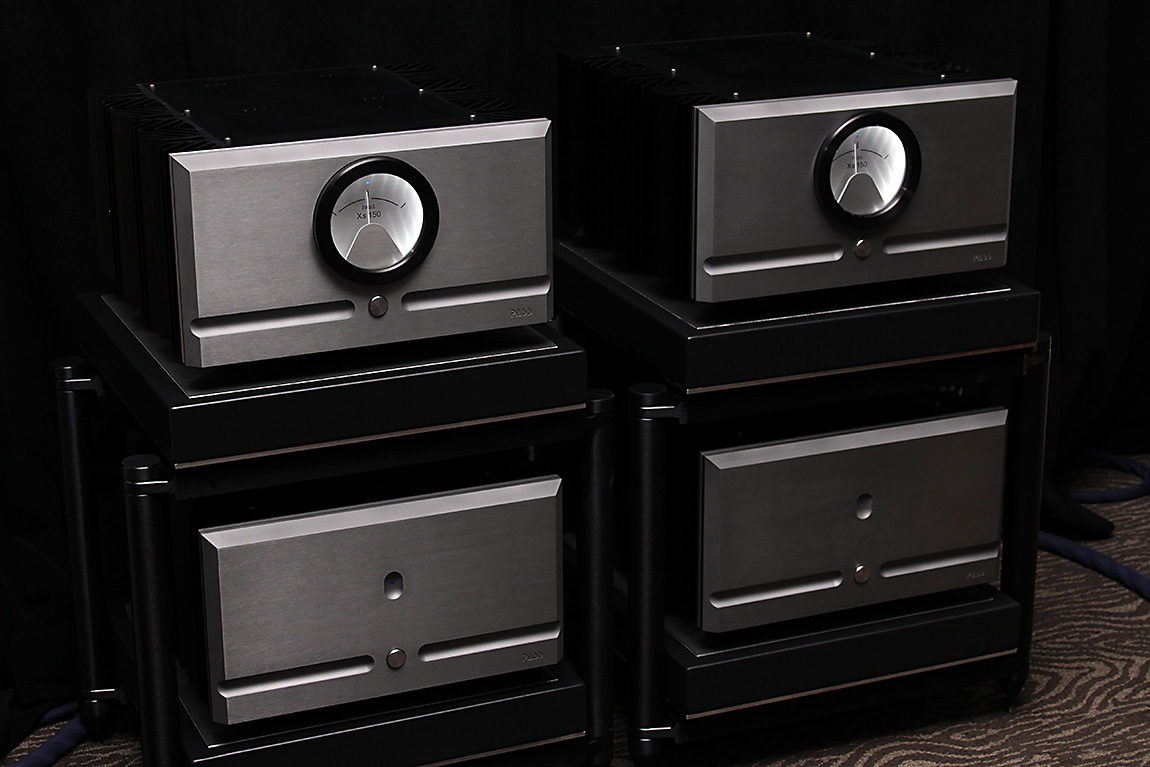 The thing about references is that they tend to be bettered. Sometimes convincingly. Sometimes, not so much. But the mere hint that the summit upon which an audiophile has planted his flag is, in fact, not the summit is enough to inspire the trek back up the mountain.

I like this analogy better than the image of Sisyphus.

So, the time has come to begin gearing up for that next summit. I’m looking for a Reference, with a capital “R”.

For reasons still a bit mysterious to me, I seem to be fixating on an amplifier/preamplifier pairing. Something I can use to compare against all other such pairs, but also to provide some of the best possible signal and power to a pair of reference loudspeakers that are, as yet, still TBD. Not knowing the loudspeakers does present some problems as there is no such thing as an ideal component, except as defined in the context of a system. Amps that work with one loudspeaker may not work as well with another —  for example, an 8wpc SET into an 85dB ESL loudspeaker is not a recipe for sonic shock and awe, but when paired with a 104dB loudspeaker, may be just “the thing”.

So, that said, there are some things I that ought to be true.

The importance of the first is self-evident. It has to not only “not suck”, everyone reading has to simply know, at a gut level, about the sheer awesomeness. It has to let me know as much, and as unequivocally, as possible about whatever widget it is I’m introducing into the system for review. It would help if it would also induce spontaneous and unadulterated envy. The problem is that I probably can’t afford the majority of the gear that falls into this category, but on the off chance it does, that’s what I want.

As for the second, there are a bazillion audio brands out there and many of them that perform at world-class levels. I’m not disputing that at all. As a reviewer, however, I need to be able to establish the broadest baseline possible — so that you, gentle reader, know WTF I’m talking about when I reference my pile of reference gear. If I told you that such and such a speaker sounds just amazing with my MegaAmp1000 from Joe & Akbar’s House of Clones, you might look sideways at me — and rightfully so. Who the hell has heard the MegaAmp1000? No one! So, what can I deduce from some a review that references one? Not a damn thing.

The third point is where the wheels come off many of the prospective buses — I’m not always going to be able to use them together. I may want a different preamp to use with my reference amp, or vice versa. So, if the preamp is only single-ended, that’s a problem. If the amp has a really low input impedance, that’s a problem.

Fourth point — SET may well be the most perfect amplifier design ever conceived. Except for one fact — high sensitivity loudspeakers are required, and high sensitivity loudspeakers are not the most perfect loudspeaker design ever conceived. So, I need an amp that can handle loudspeakers that dip to 2ohms or below (even though this is a clear example of shitty engineering) and have enough guts to take an 85dB speaker to stunning levels of dynamic response. SET amps simply don’t qualify.

Silence is golden — especially when we’re talking loudspeakers of above-average sensitivity or we’re worrying about detail retrieval. So, fifth, an audible hiss or hum pushed out the speakers is unacceptable.

Penultimately — I probably ought to say that I’m a bass freak. I love a good, solid, tight bass line and the satisfactory reproduction of such will be a requirement for me. I also tend to favor “more” detail retrieval over “less”, so a sweet treble (where “sweet” doesn’t equal refined, but instead, is equated with “rolled off”) is a non-starter.

Okay, last but most certainly not least, they have to be affordable-to-me. This is a tricky category as it depends in large part on a lot of variables, but at no point am I going to be satisfying this reference-grade category with components that cost more than a condo at the beach. Ideally, I’d like them to cost less than an entry-level Toyota Camry.

All of the gear on this list meets most of the requirements. All are truly remarkable performers, have received rave reviews, and are stunning examples of what is possible in today’s high-end. That isn’t to say that they are all without challenges.

Conrad-Johnson gear is only single-ended. Audio Research is only balanced. Bang. Bang.

Okay, that might be a bit hasty, and if I had to choose, single-ended probably would give me the most options. Other than Audio Research, BAT and Boulder, of course, as they’re all balanced only. [Sigh]. Look — there’s nothing wrong with these design decisions. At all. But for my requirements, which are, admittedly, odd — I’m not sure those particular decisions actually help me.

That leaves Aesthetix and Ayre, and maybe Pass?

Of them, Ayre “favors” a balanced input and tends toward a leaner sound that not everyone is all that happy with. I don’t have any issue with it but both Ayre and Audio Research tend to inspire … passion … both for and against, and I’m thinking “Switzerland” might be a better place to work from, as a reviewer. While Aesthetix is supposed to be “fuller”, the brand isn’t as well-known and is rumored to be tube-noisy. Interestingly, their new “Signature” model Atlas is supposedly a clear step up from what was reviewed in Stereophile and was redesigned, perhaps, to address the shortcomings highlighted there. Who knows. Of that group, Pass Labs is, I’m told, is the most neutral of the bunch (very good), but the relatively low input impedances might make their use with many (but not all) tubed preamps problematic.

Alternatively, I could toss out the “mainstream” requirement, and chart an alternative course. Purity Audio makes some tremendous preamps with tons of compatibility. No idea what kind of amp to put behind one, though. Constellation Audio‘s Reference line is only a bit on the far end of the others, at least with respect to price. Vitus Audio has some gear that is purported to be stunning. TIDAL Audio, too, plays in that rarified air. An ASR Emitter, I’m told, is amazing, but not many folks have heard or even heard of, ASR.

Final decisions are going to come down to price, what I can test, and of course, how the components sort out with loudspeakers. But this is my thinking so far.

Anyway, this is what’s on my agenda for RMAF and CES. More on this to come, I’m sure — feel free to redirect me in the Comments section!

I think it was AXPONA in Atlanta last year that I first saw and heard Light Harmonic’s Da Vinci DAC. It was all-black. It rotated. It was pretty spiffy. It looked a bit Star Wars […]

“Sorry, no Tannoys this time,” the folks from Pass Labs teased in the hall, referencing the last time we crossed paths at CAS, “but it still sounds great.” I made a show of pouting over […]

By John Richardson I miss Sam Tellig. I always read Sam’s column in Stereophile as soon as the newest edition hit my mailbox; I found him to be an entertaining and informative writer. It was great to read […]