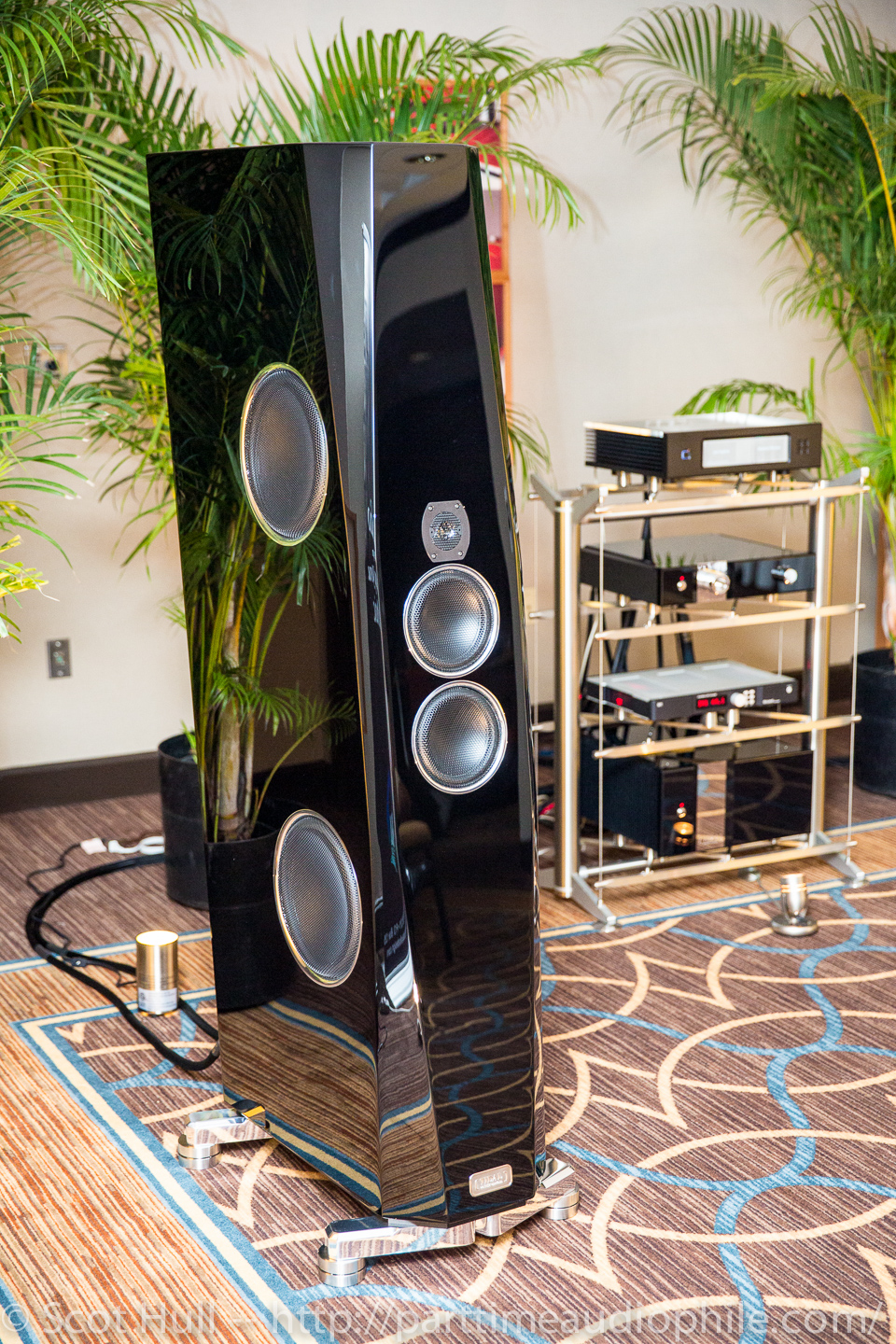 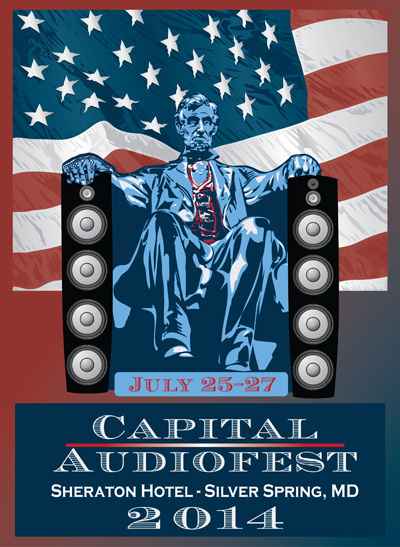 I’m pretty sure it’s a sign of old age when you start referring to your stories by number. Or maybe it’s just superior indexing? Ah, well. Anyway, audio story #1,287 is about Doug White at The Voice That Is. Doug is an audio dealer, and brings in several upscale product lines to serve his Philadelphia-centered clientele, including TIDAL Audio, Bricasti, and several others. My story starts with me calling Doug, asking some impertinent question or other, and Doug refusing to quote me a price, much less sell me something.

Honestly, I can’t even remember what it was I was asking after. But the fact that he refused to do business with me is what really sticks out. A dealer, refusing to make money? Seriously? Seriously. Doug isn’t a slash-and-burn sales guy. He’s a consultant and takes that role seriously: “If I sell this to you, you’re not going to like it and you’re going to blame me and never call me again,” he explained. “I think I can help you get where you want to be, but we are going to have to spend some time figuring out what that is. When we have a goal, we can work on a solution. That’s the value I bring.” I’m paraphrasing, but this was perhaps the first time I’d ever encountered a commercial sales rep actually doing this kind of thing — sacrificing the quick sale for the chance at earning a customer long-term. I was, and still am, very impressed with Doug and his ethical standards and he remains one of the very few audio dealers I can unequivocally recommend doing business with.

Now that I’ve blown all this smoke up in his general direction, we can talk about what he did to all of us at CAF this year. Because it was amazing.

The big TIDAL Audio Agoria SE is a relatively new design coming from the German company. Unlike the massive Sunray he brought last year, the Agoria is all of a piece — that is, it’s a single monolithic speaker that weighs in around 500lbs a side and no, it’s most definitely not modular. There are two side-firing woofers and three passive radiators, two front facing drivers, and one diamond tweeter. The finish on these speakers is so far past “piano black”, it makes most speakers look like they were doodled on by a kindergartener. I’ve honestly seen nothing like it, and after talking with a professional piano restoration expert, apparently not many folks have — especially not piano restoration experts. It’s unbelievable. The build quality overall is appallingly good and the attention to detail is likewise fanatical — take, for a random example, the faceplate, which is 4mm thick and counter-sunk into the fascia to a depth of 3mm. Who does this kind of thing? The binding posts are equal to the best I’ve seen and those all-black drivers are all custom-made-for-TIDAL by Accuton. Bah. I’m going to stop here. You’re not going to grok me until you see one.

TIDAL is “one of those brands” that produces the full lineup. Their Preos preamplifier is a fully discrete volume control system that is engaged with digitally controlled optical decoupling. I’ve had this pre in my home system (all too briefly — write-up coming soon), and I can honestly say that I was flabbergasted by it. Flabbergasted. Now say that 10 times fast. No reason, it’s just a fun word to say. You’re welcome. But the transparency, the speed and the tonal accuracy ranks it as the very best I’ve yet to play with. And play with it you’ll want to, because it’s every bit as fun to look at and touch as the big speakers are.

The rest of the gear in this room was equally top shelf, but not necessarily oligarch-level priced. The highly regarded Bricasti M1 DAC was connected to the reference-quality Aurender W20 server. A TIDAL Audio Impulse amplifier hulked in the rack, if you can ever say that a jeweler-grade machine can be said to “hulk” (even a 100lb one). And the whole was strung with some eye-poppingly expensive cabling from the new Luminist Line of cables from Purist Audio Design. Specifically, Doug was using the following

The increasingly common StillPoints footers and rack were in quiet and understated use throughout. New to the brand are the Aperture Room Treatment panels, which combine diffusion with absorption and resonators to provide a treatment system that scales with volume. Bruce Jacobs of StillPoints shrugged, “When you use panels, you can really do a lot to tame your room, but when you turn the volume down, those panels can really swallow your sound quality. Ours, in part due to the resonators, scales with volume.” Interesting stuff — and something I’m going to want to explore. 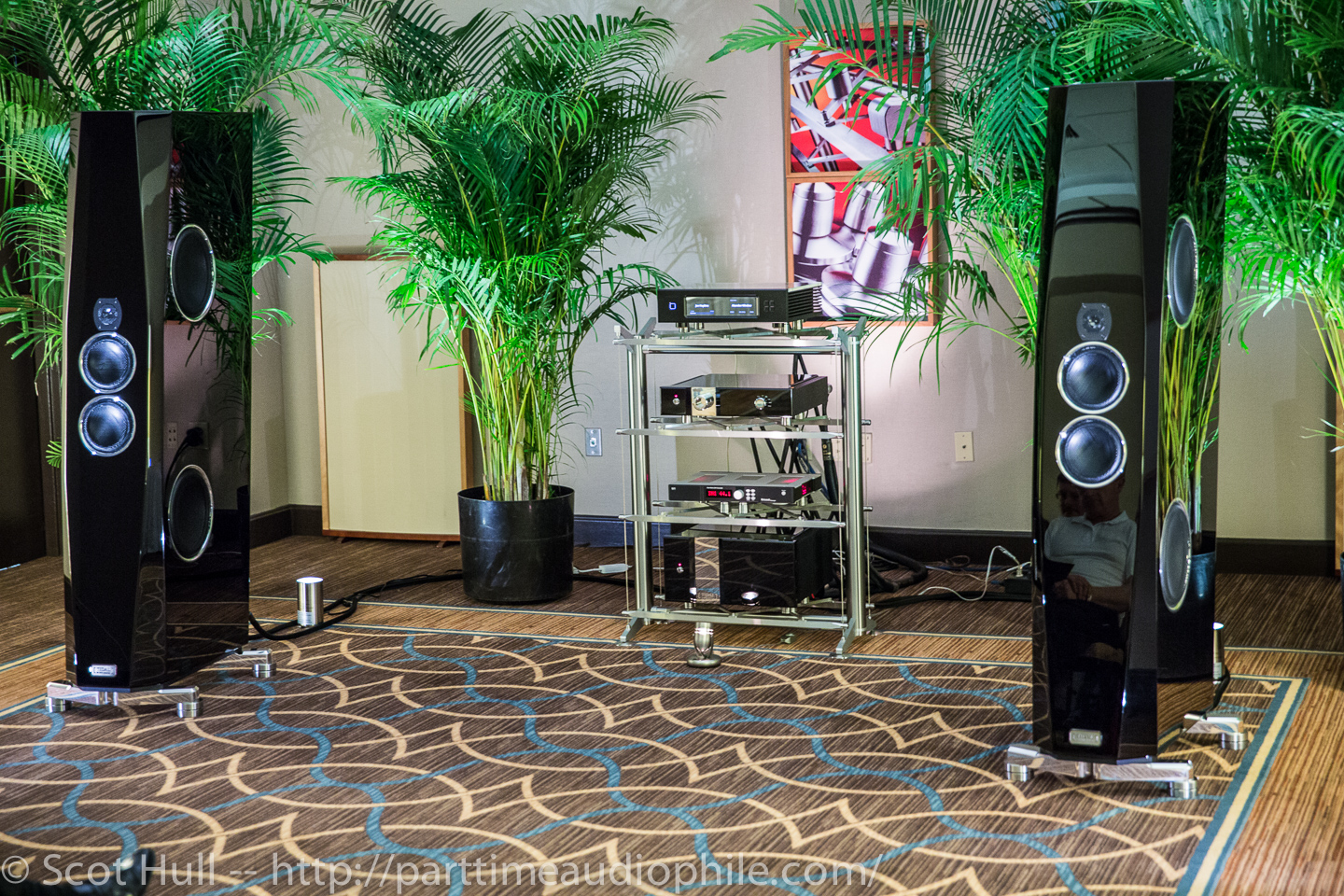 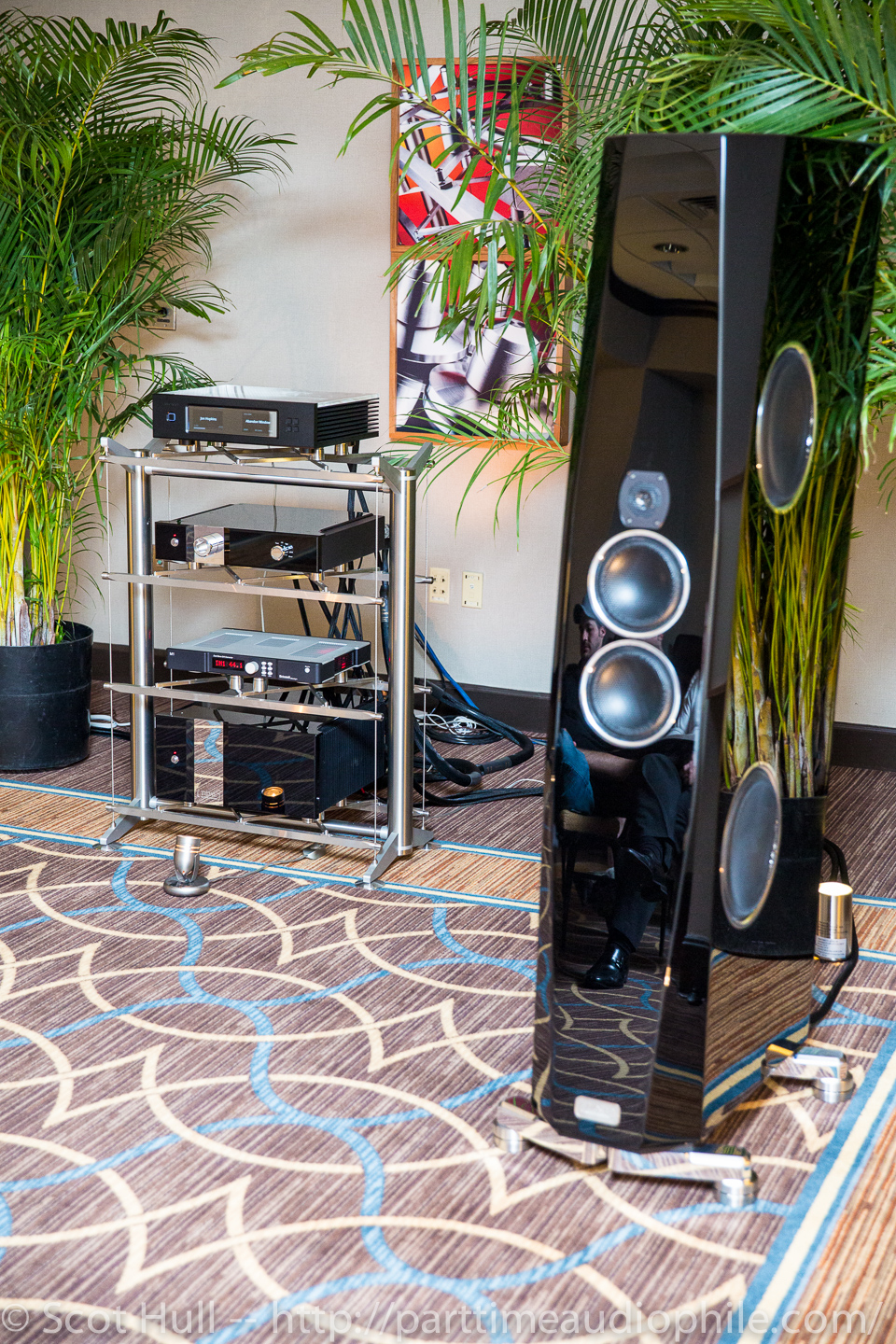 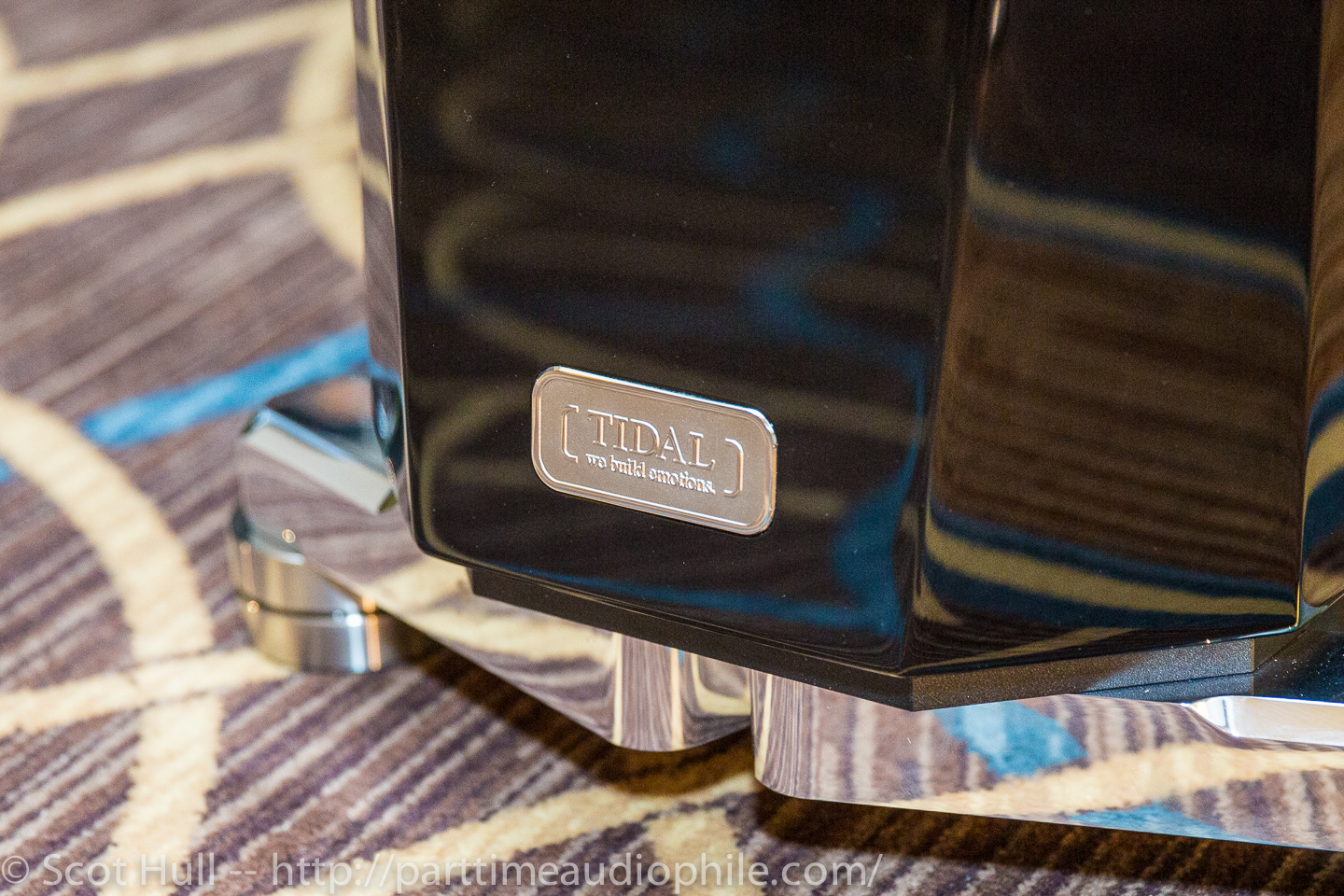 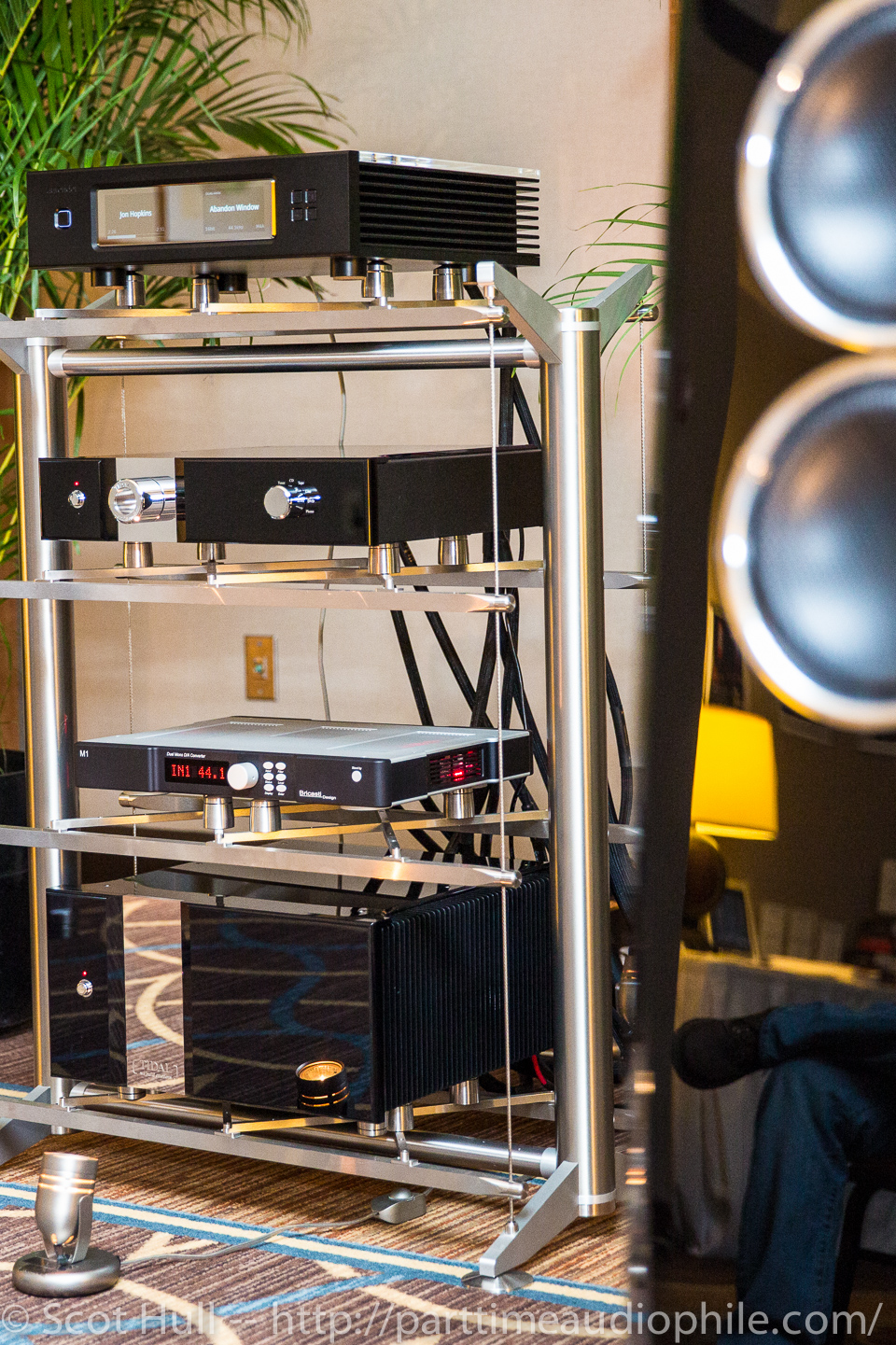 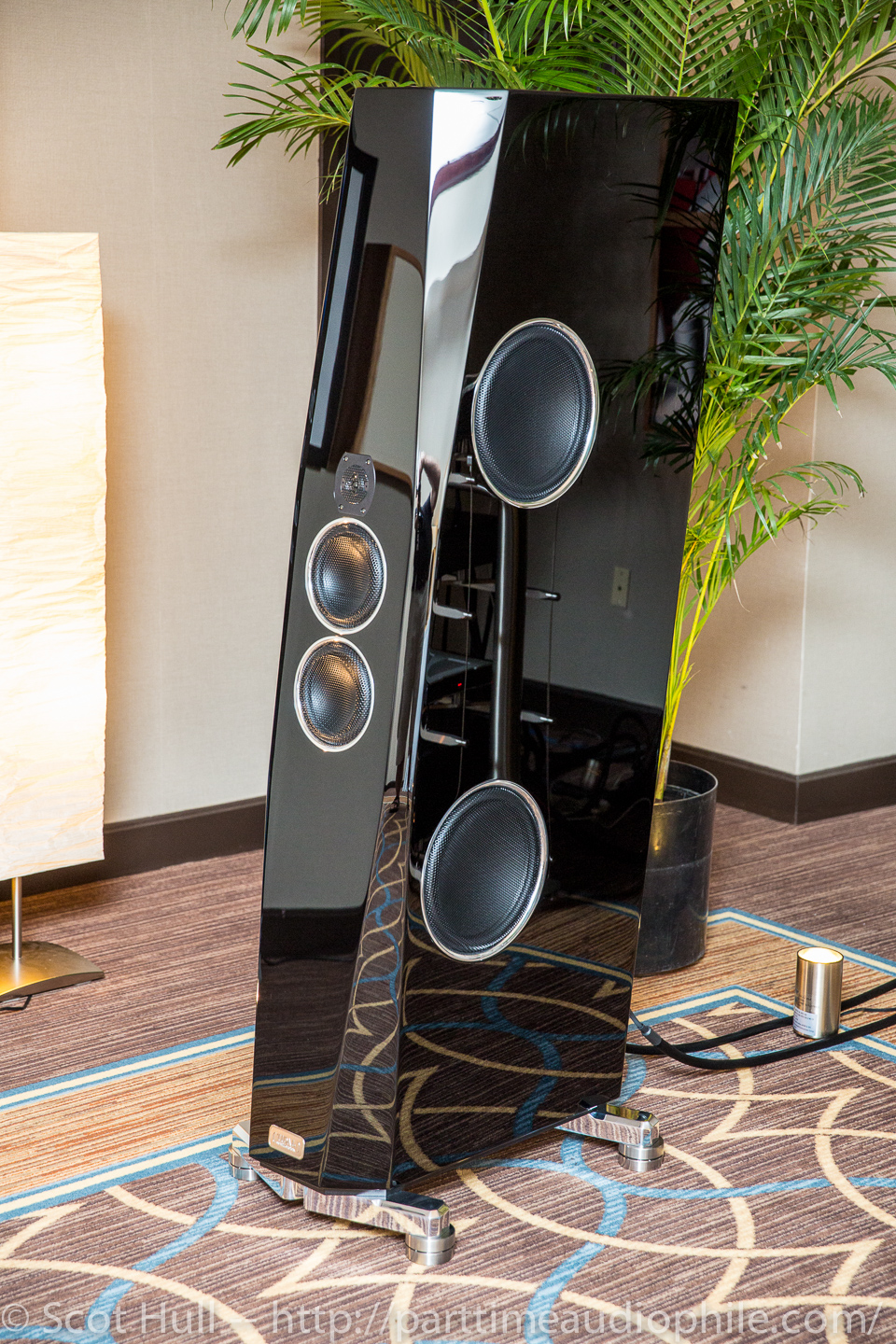 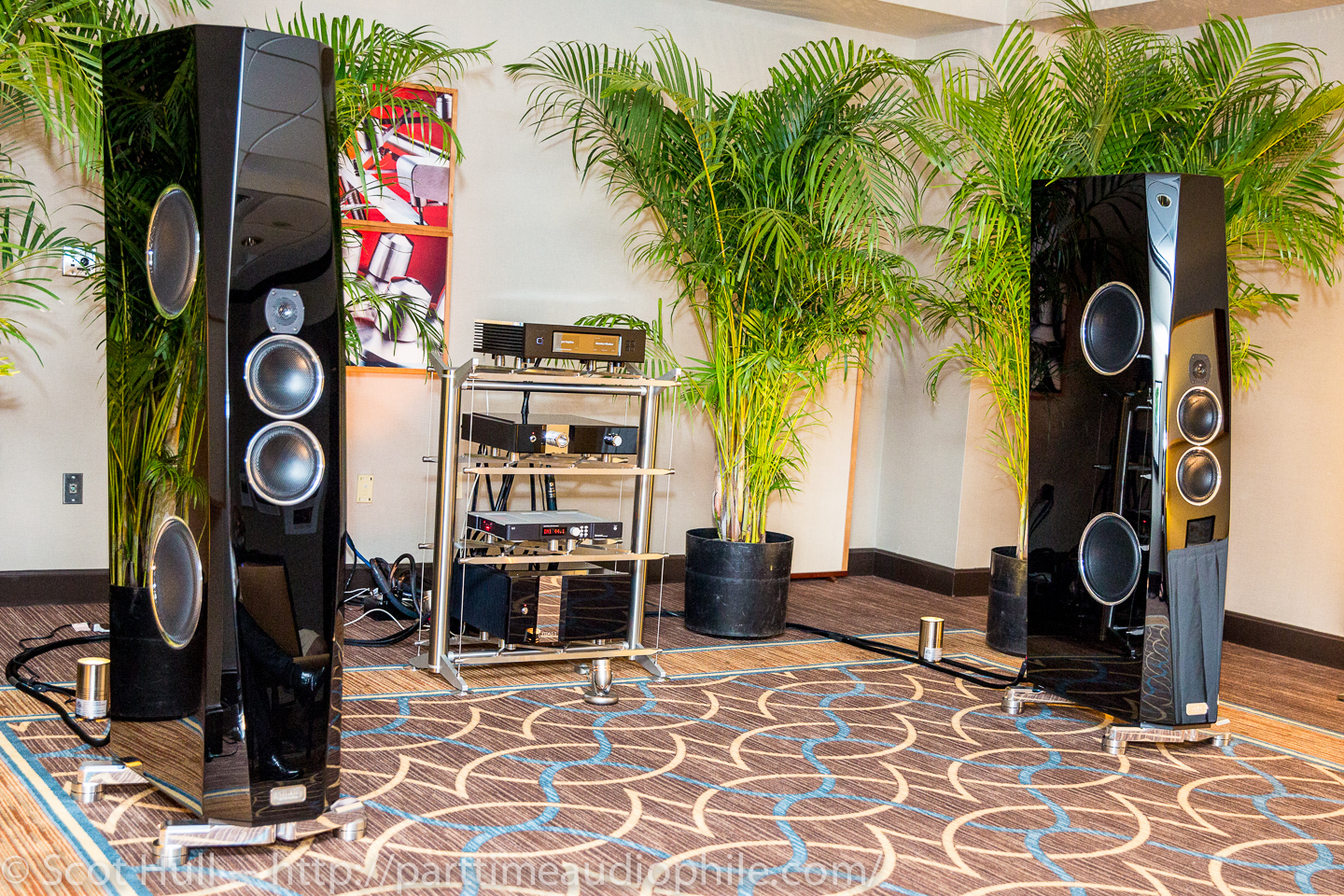 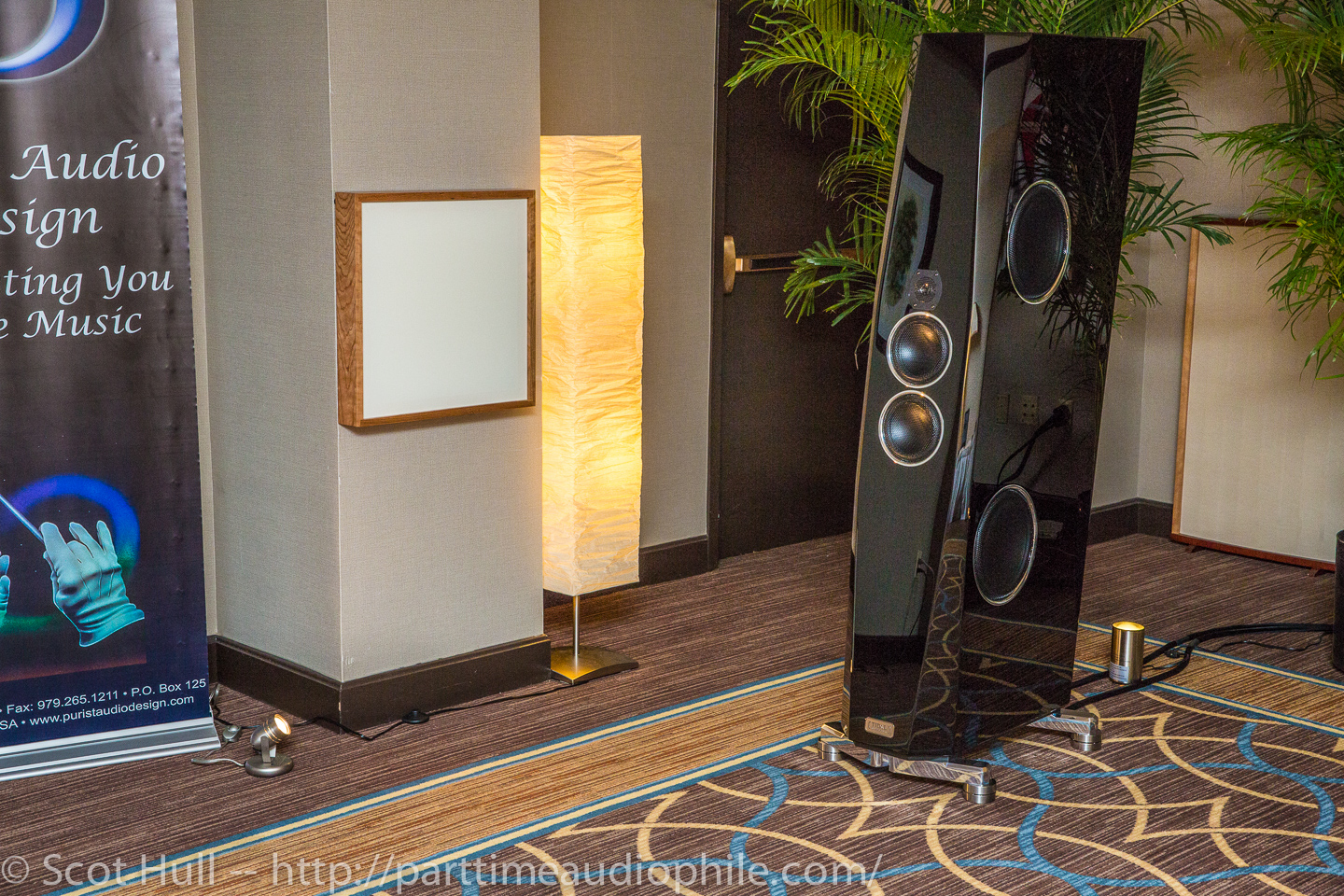 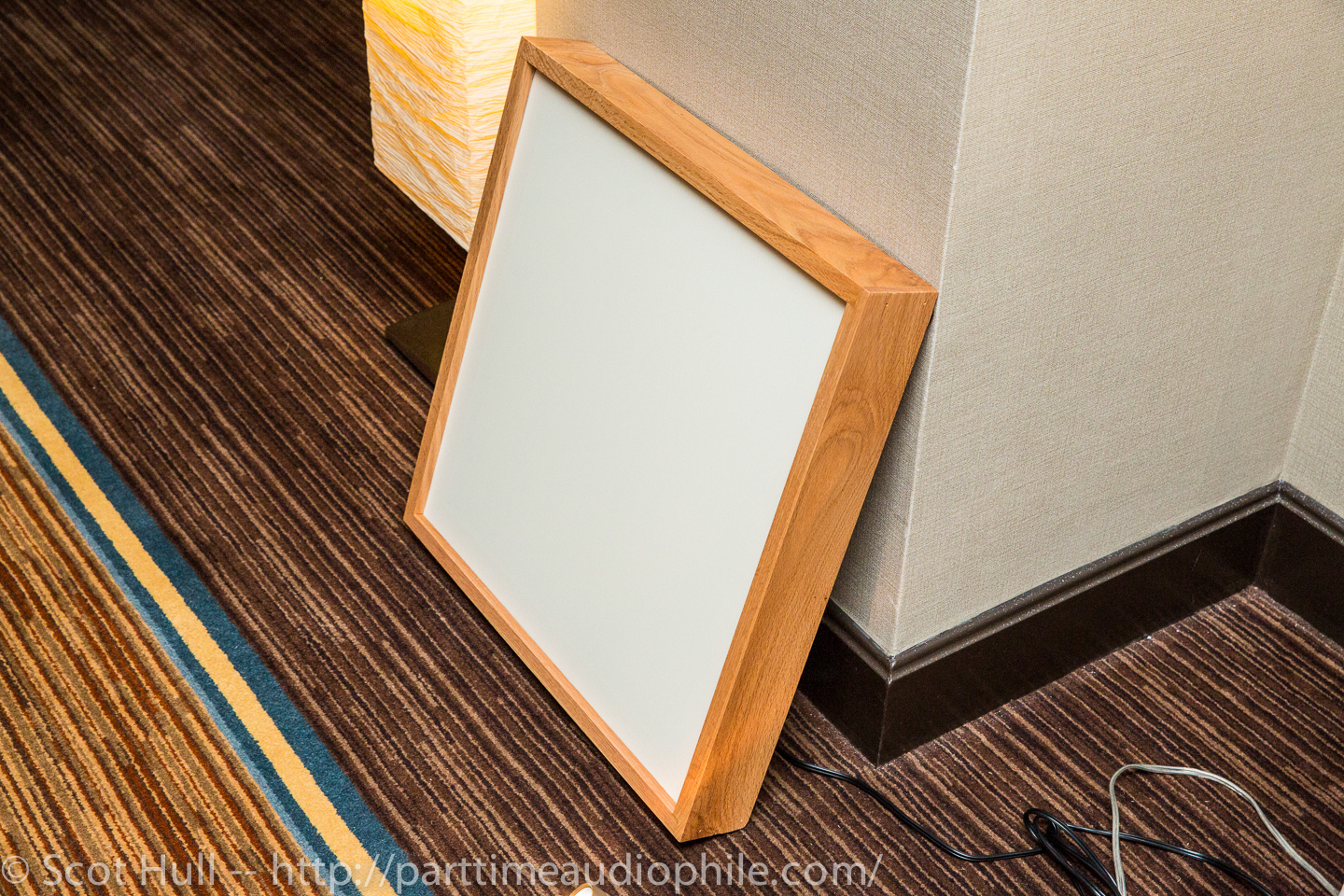 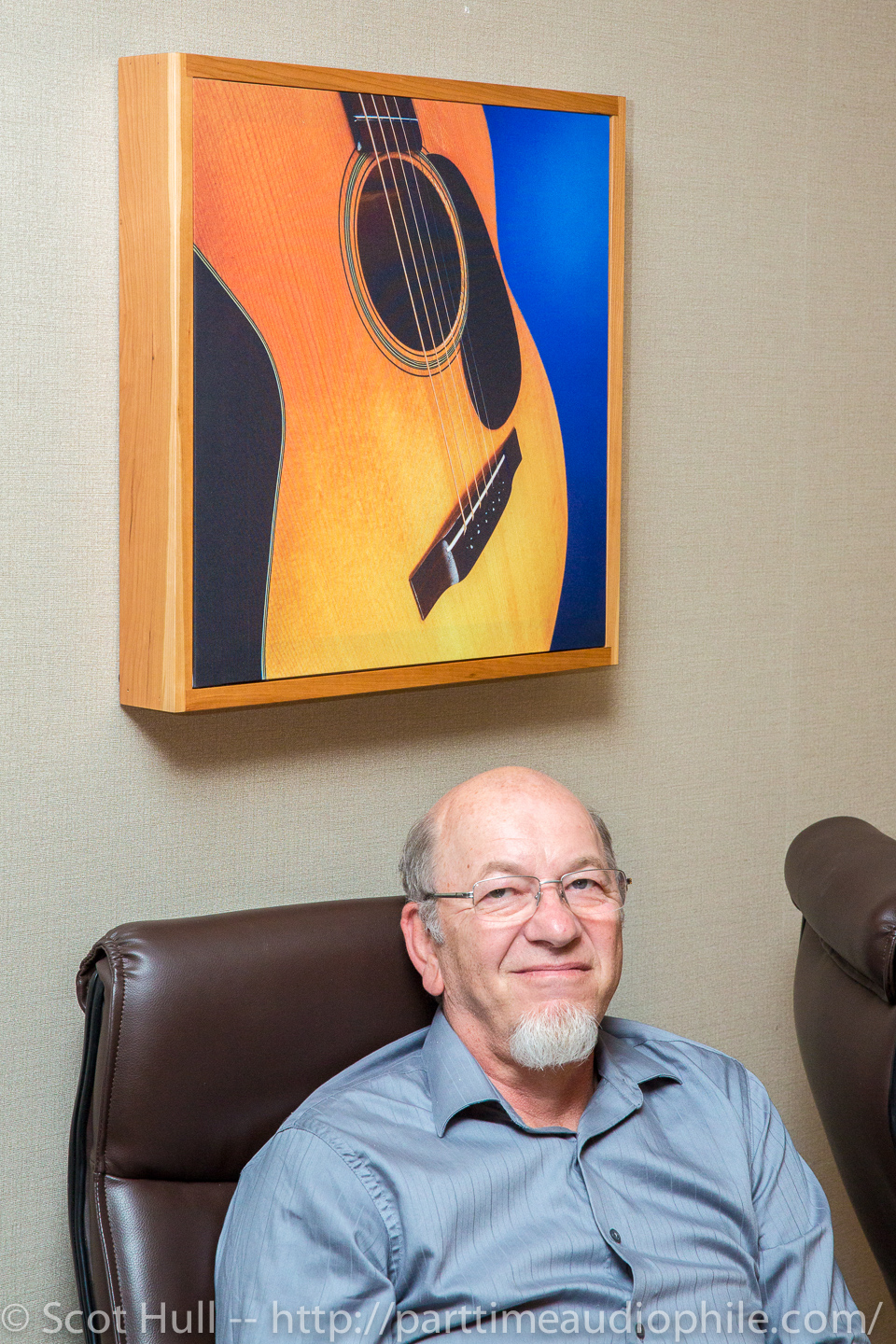 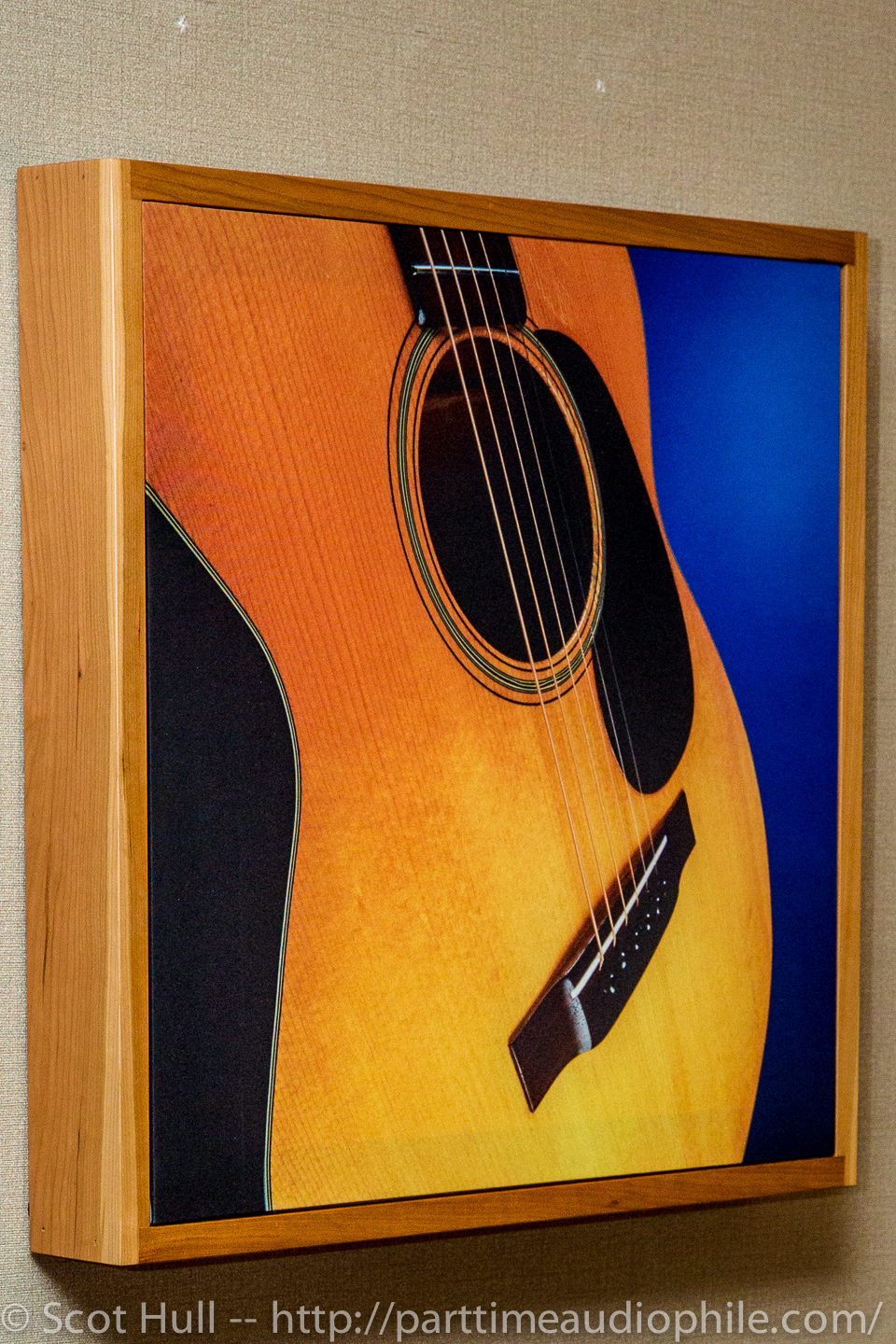 The ingredients in the Viva HiFi room up on the sixth floor were the same as those found in the “big room” on display downstairs, but everything was scaled … down. Scott Dalzell had some new loudspeakers in from Daedalus […]

I was told, years ago, that there were certain expectations that were completely legitimate to cling to. Horns have a certain sound to them, for example. As do triodes. And panel speakers. And ceramic drivers. […]

CHICAGO (PTA) — Zesto Audio was demonstrating the full gambit of their stunning high-end tube electronics, along with a new phono-stage. Marten brought their youngest Django XL loudspeakers out to play, Merrill-Williams brought reality to […]