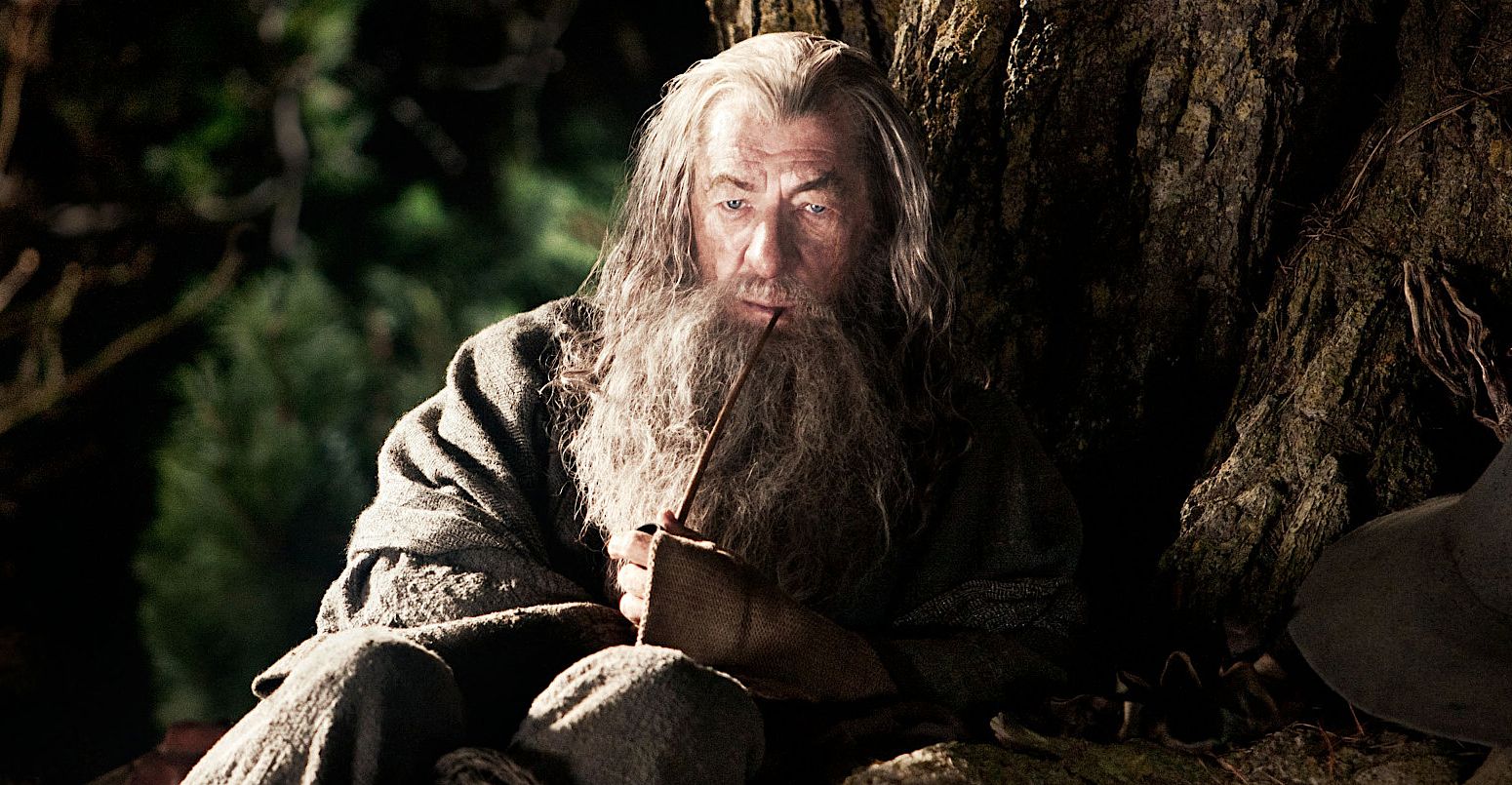 “How much longer are you going to be smoking that cigar?”

I’ve been smoking high-quality premium cigars for about 17 years now, and not once has anyone approached me in public to ask me to extinguish my stogie. Instead, I often have people approach me cautiously and then say to me, “What is that you’re smoking? It smells wonderful.” It always seems like those people are about to ask me if I can go somewhere else, but they’ve always surprised me — perhaps because I’m not smoking White Owls or Swisher Sweets. I’m smoking the good stuff, as they say. 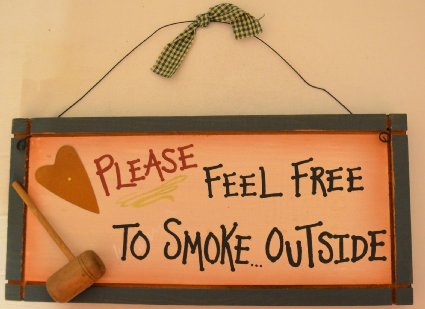 I’ve always tried to stay out of the way of others while smoking cigars. I stay downwind, I find a cozy little corner away from the action, I do whatever it takes to successfully complete the satisfying ritual of smoking an incredible cigar without being interrupted by others. I do believe most modern-day enthusiasts do the same — like me they either smoke at home or in a comfortable cigar lounge where like-minded people can blow clouds of smoke in each other’s face without repercussion.

Well, my streak ended this past Easter Sunday. Colleen and I were visiting her family in Denver, and we were all getting ready to watch the neighborhood’s annual Egg Toss Contest. I had just grabbed a handful of cigars from my favorite store in Denver, Capitol Cigars on Colfax. (I love this store because despite the sketchy neighborhood — I did have a homeless man shove a Bible in my face just before I walked in the door — but the customer service and selection are simply superb.) So I sat down in a chair on the front porch of a beautiful home that was built back in 1886, enjoyed the unseasonably warm afternoon sun and lit up the new Fume D’Amour from Illusione, a cigar that made it to the top five in this year’s Cigar Aficionado’s Top 25 Cigars for 2014.

A relatively young woman from two doors down — not next door, but two front yards over — stopped her gardening chores and came over to tell me how much my cigar smoke was making her sick. Now, if I was in my own front yard and a neighbor of mine did this, I would probably laugh and be more than slightly rude. (For an extreme yet kind of funny version of this type of reaction, check out Tommy Zman’s decidedly hairy-knuckled Cigar Advisor article.) But I wasn’t. I responded thusly: “I’m sorry. I didn’t know I was bothering you. I’ll just finish this in the backyard instead.” She thanked me, and I retreated to the back.

I acquiesced for three reasons. First, I found it impossible to be snarky to an attractive gardener dressed solely in a string bikini. Second, as I suggested before, this was not my house. I’m not about to cause a neighborhood row unless I’m actually a denizen of said neighborhood. Finally, I found it a little strange that this woman and her heavily tattooed male companion/housemate/husband/whatever were smoking a big bowl of weed on their front porch just a few minutes before, yet she found my somewhat related activity to be offensive.

Now I’m not saying this was wrong — tobacco is a far more harmful substance than marijuana in my opinion — but I was struck by how everything had flip-flopped in recent years. In a state like Colorado, where marijuana is now obviously legal, weed has become more socially acceptable than a cigar. Ten years ago, who would have thought that people who smoked pot on their front porches — it is still illegal to smoke pot in public in Colorado, by the way, especially around all the kids that were running around on the sidewalks at the time — could become so morally indignant over a lit stogie fifty or sixty feet away?

The situation was further exacerbated by a young egg-thrower of about ten years of age who drifted into my dissipating cloud of smoke, and turned to look at me and my Fume D’Amour with sheer and utter horror. He then ran off to his parents across the street, pointed me out to them, and then they both patted his shoulder and comforted him. Then all three went inside, where his parents must have made an additional appointment with their family therapist so they could deal with the trauma I inflicted on their child.

I think the point is this: times are changing for cigar smokers. We like to argue about how cigars are much safer to smoke than cigarettes, and that the data suggests that you have to smoke a lot of cigars before you are at a significant risk for lung, mouth and gum diseases, and that premium cigars lack the addictive and harmful chemicals of other tobacco products. (For the most part, a good cigar also happens to be 100% organic and natural.) But the people who don’t smoke cigars don’t see those distinctions. Tobacco is tobacco is tobacco. It’s all bad.

I think back to 1998, when I smoked my first cigar, and cigar-smoking had become the latest cool thing that everyone was doing. I can remember going to a bar or a club, lighting up a cigar, and having beautiful women line up to take a puff and see what the fuss was all about. These days, cigar lounges are dropping off the map faster than brick-and-mortar high-end audio stores. Smoking a big fat cigar in public, still perfectly legal in many places, is frowned upon to the point where it’s actually rare to see someone doing it. While people like Tommy Zman fight for the right to enjoy cigars without guilt or shame, for the most part we cigar smokers should be attentive to the fact that we’re far more likely to hear complaints than ever before. And we should comply — not because it’s the considerate thing to do, but because we’ll enjoy this hobby more if we can accomplish it in peace.

This whole incident soured my visit somewhat, which was a bummer since I scored some really nice sticks at Capitol Cigars. 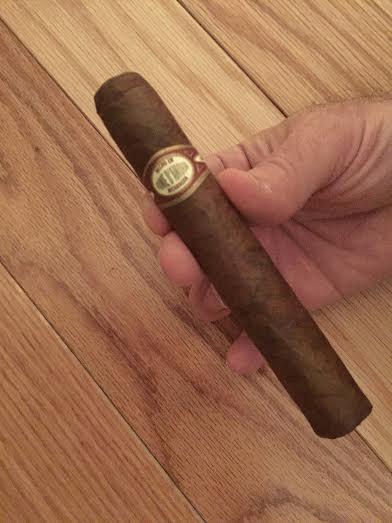 As I said, this was the cigar I was attempting to enjoy when I was called out for my rudeness, and it was almost great enough to erase the incident from my mind. I’ve been a big fan of Illusione for the last few years — they’re a relatively new company started by a relatively young guy, so it’s the ideal marque for younger hobbyists who tend to flock to such modern, off-the-wall blends as Acid, Asylum, Lars Tetens and others. But here’s a surprise — these bold, complex sticks will remind you of the great factories in Nicaragua, Dominican Republic and even, dare I say, Cuba. These are not your 25-year-old nephew’s gimmicky flavored cigars.

The normal Illusione line can be spectacular at times — smoke an MJ12 maduro to find out what I mean — but their “premium” lines such as Ultra, Cruzado, Singulare and the award-winning Epernay take this quality a notch higher. Fume D’Amour is a relatively new line for them, and this Clemente (6.5”, 48 ring) actually placed #3 on Cigar Aficionado’s top 25 for 2014. It’s not for the timid—it’s powerful and assertive and exhibited a little bit of harshness in its first third. But that edge was replaced at the halfway point with a solid nut and spice flavor profile that held tight to the end. This cigar burned evenly and flawless, and that effortless draw I crave was there in spades.

Even though this particular stick was relatively expensive due to the excessive tobacco taxes in Colorado, most Illusiones, including this one, retail for well under $10. 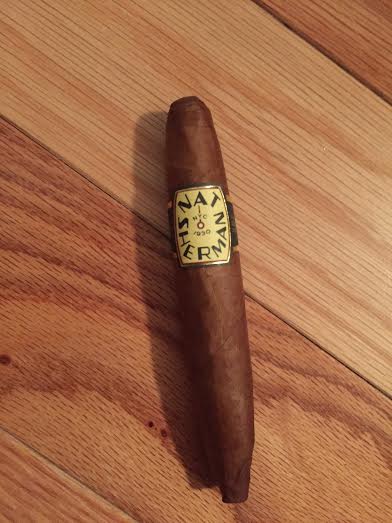 Nat Sherman is an old, old name in the world of tobacco. Always considered the quintessential American cigar company, Nat Sherman faded in recent years as they focused more on machine-made tobacco products and other cigar lines that didn’t really match the tastes of serious cigar connoisseurs. Well, all of that changed when the Timeless line debuted a few years ago. If you like your cigar creamy with notes of chocolate or coffee or even both, the Timeless will be a rich, comforting surprise.

I’ve smoked nearly every size in the line by now. They’re relatively hard to find — even Cigar.com doesn’t have them listed yet — but I always grab one if I see them. This divino, a smallish figurado, was the one that also placed on the Top 25 this year (at #20). I’m not sure if it’s any better than the rest of the line, but it certainly had a beautiful, even burn that revealed an almost flawless roll. I usually don’t buy whole boxes of cigars because I’m often bored by the time I hit the last one — which is why I never smoke the same cigar twice in a row — but this is one cigar that I would gladly buy in quantity.

Best of all, the Timeless line is affordable — I think I’ve paid as little as $6 for one in the past. Along with new offerings from old-school companies such as the Romeo y Julieta Romeo and the Macanudo Cru Royale, the Nat Sherman Timeless will completely change your mind about this 86-year-old New Jersey-based cigar maker. 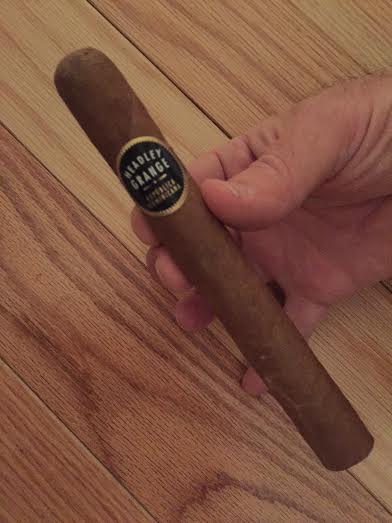 You gotta love a cigar that was named after the studio where Led Zeppelin recorded the song “When the Levee Breaks.” Made by another relatively new company named Crowned Heads, the Headley Grange line is designed to be as bold and heavy as John Bonham’s bass drum foot. Light in hand and evenly blended, these cigars smoke like a fevered dream, close to perfect while throwing out some complex notes that will make you reach for your thesaurus. Because it’s so well-blended and evenly aerated, it tends to smoke quickly, which fully satisfies without making you terribly green afterward.

As I get older, I tend to gravitate more to the classic lines from factories who have been around forever. But I also recognize that newer lines such as Headley Grange and Illusione can be great, as well as new offerings from resurrected companies such as Nat Sherman. I think it’s important to steer the kids away from those new-fangled gimmicky infused brands and show them what a real cigar is.

It’s obvious that the younger generations aren’t as interested in this hobby as we boomers, and they’re more likely to scoff at our smoke. But cigar aficionados have been around for a long time, and perhaps the backlash is temporary (the parallels to the high-end audio industry are intentional) as long as we show that enjoyment of fine cigars is an affordable luxury that makes life a little more pleasant — even for those who like to garden while semi-nude.

The Smoking Jacket: The Flavored Smoker

By Marc Phillips “Why, them cigars are fer Girl Scouts and Methodists!” In the world of serious cigar smokers, flavored and infused cigars don’t get a lot of respect. Go onto an online cigar forum […]

The Smoking Jacket: The Ballad of El Gordo

By Marc Phillips “It looks like you’re smoking a big sausage!” For years I’ve been fond of the 6 x 60 cigar size, long before the nickname gordo became the acknowledged nomenclature. There’s something about […]

The Smoking Jacket: Skinny and Loving It

By Marc Phillips I’ve been reading a few articles on the cigar websites about lanceros, panatelas and other “skinny” cigars, and how they’re suddenly becoming more and more popular over the last couple of years. […]