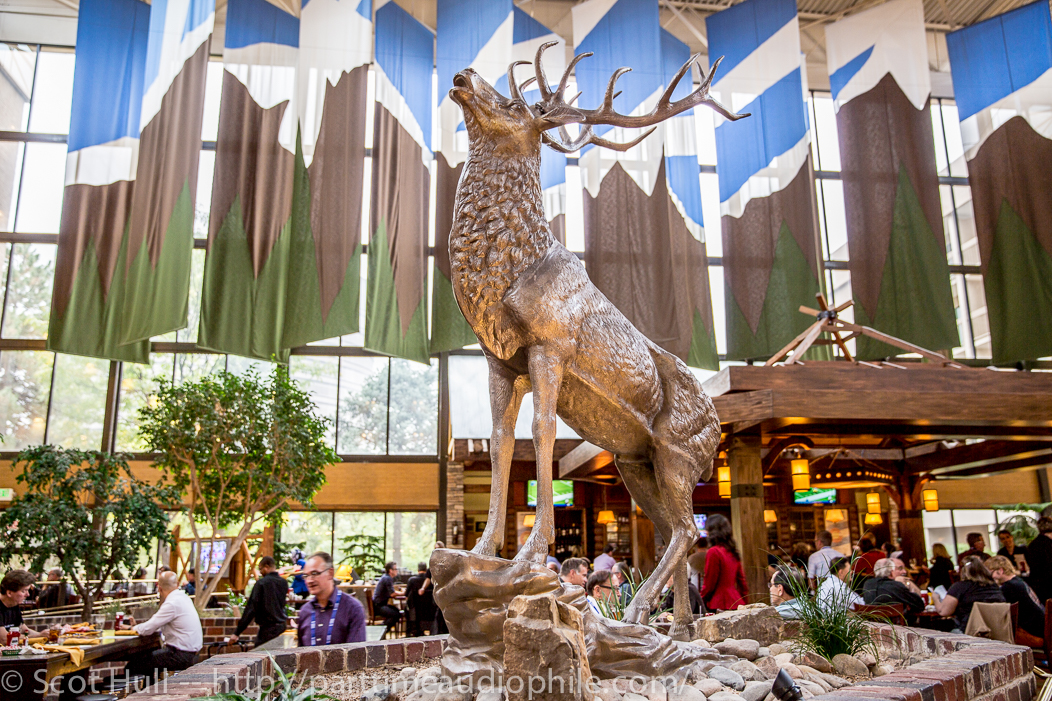 This year marks the 12th Annual Rocky Mountain Audio Fest and my sixth trip out to Denver to catch all the fun.

I’m finding it difficult grasp the idea that my first RMAF was that long ago and I’m a little worried about what that says about me. Hmm.

This year, like the last several, I’m not going to be flying solo. Joining me in the fun will be Rafe Arnott, John Stancavage and our newest Traveler, Lee Scoggins — so keep an eye out for those Part-Time t-shirts and feel free to accost us on our touring.

This year, like every year, RMAF looks to be a monumental challenge, where “monumental” is taken to be equivalent to a side-splitting bout of giggles wrapped around gasps of “you’re never going to make it”. Over 140 demo rooms, plus all the open-area demos and activities, means that the show is going to be a blizzard of stuff — and no, we’re not going to make it to everything. We’re just going to do what we can and offer our apologies in advance to those that will be getting short shrift.

The AudioFest team has updated the new-release page, so I’ll direct you there for the late-breaking developments. Here’s my summary:

On the headphone front: I’ll be looking for a new flagship from Audeze, new offerings and updates from Beyerdynamic, Fostex, V-Moda, HiFiMAN, NAD and KEF, along with fancy new in-ear flagships from RMAF sponsor Noble Audio. On the amplification front, Woo Audio’s new WA5/WA5LE will be on deck, as will another flagship from Audeze, and something sexy from Cavalli. Elsewhere at RMAF, Westone and Gamut will be teaming up (that’ll be interesting).

On the hi-fi front, there’s a slew of new things — new mono block amplifiers from Zesto Audio, a new stereo amplifier from Vinnie Rossi (paired with the first showing of the new Harbeth 40.2), a new speaker from Spatial, another from Nola and yet another from Vaughn, an update from Vandersteen, a new tube amplifier from Electra-Fidelity and another from ModWright.

And I’m sure there’s a million more.

I’ve not been recruited to do a seminar, so I’ll be floating around. I suspect that there will be a few interesting things to see — including the Akitika soldering “seminar” (Evergreen Salon C) and the Audio Precision hands-on measurements “lab” up in their room (Atrium, Room 408). That latter will be bracketed by a pair of seminars Audio Precision is holding, including these in the Marriott Aspen Amphitheater:

Those should be interesting. And if you’re looking to add spice, Dave Salz of Wireworld will bring the Cable Polygraph to RMAF on Sunday morning (930am) and DAR‘s John Darko will be moderating an “Affordable Audio” panel on Friday (145pm). Good times.

But while all of that is fascinating, on a very real level, I almost don’t care. I mean, all that stuff is great — yes. We’ll do our best to bring it to you — absolutely. But the reason I’m going? It’s perfectly simple — it’s the people. For whatever reason, RMAF brings out audio’s best and brightest. The chance to shake hands, swap stories, break bread and hoist a tasty adult beverage or two … well, that outweighs all of that other stuff. I’m really looking forward to it.

Which brings me to my last point — if you haven’t scheduled one of these audio show trips, you have to do it. Think of them as a moveable feast, and traveling audio mecca, and make your arrangements.

It’s gonna be a really big shew … hope to see you there! Finding me will be easy. I’ll be that guy at the bar that’s way too loud.

Looks like the seminar schedule for RMAF has firmed up a bit. At this point, I’m planning on hitting “The Future of High-Resolution Computer-Based Audio” on Saturday at 4pm. The panel lineup looks interesting: Gus […]

Notes to self: First, if I ever get lucky enough to escape for another trip to RMAF, go early and stay late. Day One is a bewildering zoo but Day Three is (by contrast at […]

RMAF 2014: Your Final System, fetishism, and a total audio satisfaction

There’s only one place to go to finish room coverage of a show like RMAF, and that’s the room presented by the (modestly named) Your Final System — a company with no sense of hubris […]