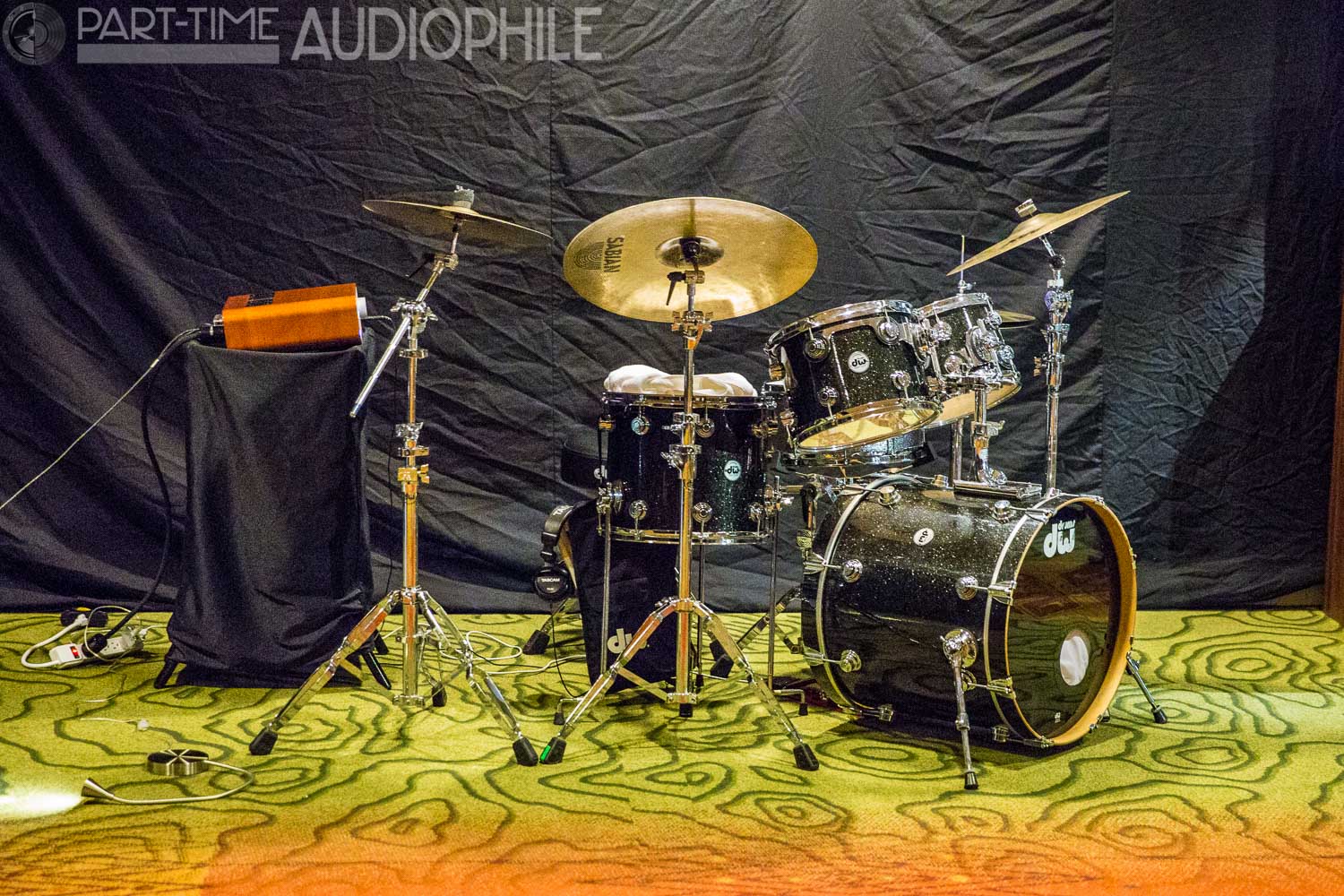 You heard it here: Latin-rock pioneer Carlos Santana has wrapped up a new album with his classic lineup. The record, to be called Santana IV, picks up where the group left off after breaking up in 1972, according to drummer Michael Shrieve.

Shrieve was a special guest of Zu Audio and Peachtree Audio at the Rocky Mountain Audio Fest on Saturday. The music business veteran — who’s also worked as a percussionist for the Rolling Stones, David Crosby and Steve Winwood — told stories, answered questions and played live to various songs he cued up via an electronic tablet.

“I think the album is going to come out next year,” he said, “Neal Schon (guitarist) and Carlos are playing beautifully, and Gregg Rolie is singing so well. There’s a lot of mutual respect among the band members. I’m hoping we’ll be able to tour behind it.”

Percussionist Michael Carabello is participating, too. Bassist David Brown, another player in the early 1970’s lineup, died in 2000.

“The guys are going to kill me for doing this,” Shrieve said, grinning.

Zu/Peachtree brought a full-size drum kit into their large room on the mezzanine at the Marriott Denver Tech Center. As Shrieve pounded the skins, the background music played over Peachtree’s Nova DAC/amp combo ($2,000), connected by Zu cable ($3,000) to a pair of Zu Soul Supreme floorstanding speakers ($4,500). The affordable system did a good job meshing with a live musician.

One Santana hit he played in the crowded room was “Black Magic Woman.” Shrieve said that more than 40 years ago he was trying to work out a drum part for the song and came across a B.B. King record that had a cha-cha number. He bought the blues LP for 59 cents and listened to it over and over. On his kit Saturday, he demonstrated the remarkable similarity.

After the original Santana group dissolved, Shrieve went on to play on many pop and rock records, including adding percussion to the Rolling Stones’ classic Tattoo You.

During the question-and-answer period, I asked Shrieve what it is like to record with the Stones, who were legendary for their chaotic, extended sessions.

“They weren’t really doing that by the time I worked with them,” he said of the 1981 album, which was essentially a dressed-up patchwork of tunes the Stones had left off other records, for one reason or another. “We’d get started late and we’d go through the night. But they — Mick Jagger especially — were hard workers.”

To be in the studio and see a Rolling Stones song come together was something special, even for an experienced pro like Shrieve. The finished album, despite its sketchy creation, produced such hits as “Start Me Up” and “Waiting on a Friend.”

The drummer went on to other projects, including his own group, Michael Shrieve’s Spellbinder. He also has a solo record, Drums of Compassion, coming out soon that Shrieve describes as “chill music — the kind of thing you want to listen to when you get home after an evening out.”

Overall, Shrieve said, he’s enjoyed his career, although it is hard for a musician these days to make a living by just playing in clubs. And, he said, record labels no longer are taking the time to develop artists. Musicians have to pretty much arrive fully formed and have a quick hit if they are going to last long as recording artists, he said.

“The world is not the same,” Shrieve said. “But I still think there’s a lot of good music being made right now. It’s just different.”

Paul McGowan of PS Audio was grinning ear-to-ear as he started telling me about the company’s brand new P20 PureStream Power Plant Friday morning at RMAF inside the Denver Marriott Tech Centre. We first reported […]

Peachtree Audio deepblue2, now live and crushing it at Indiegogo

Normally, I wouldn’t jump back in so quickly, but if you’re at all curious about the deepblue2 campaign currently underway over at Indiegogo, your time to jump in and snatch up some early-bird pricing is slipping away. […]

I wasn’t expecting that unassuming wooden box sitting on Todd Garfinkle’s table at RMAF this year. MA-Recordings is a very well-known label (to me, at least); I’ve been quite taken with Garfinkle’s extraordinary recording work […]