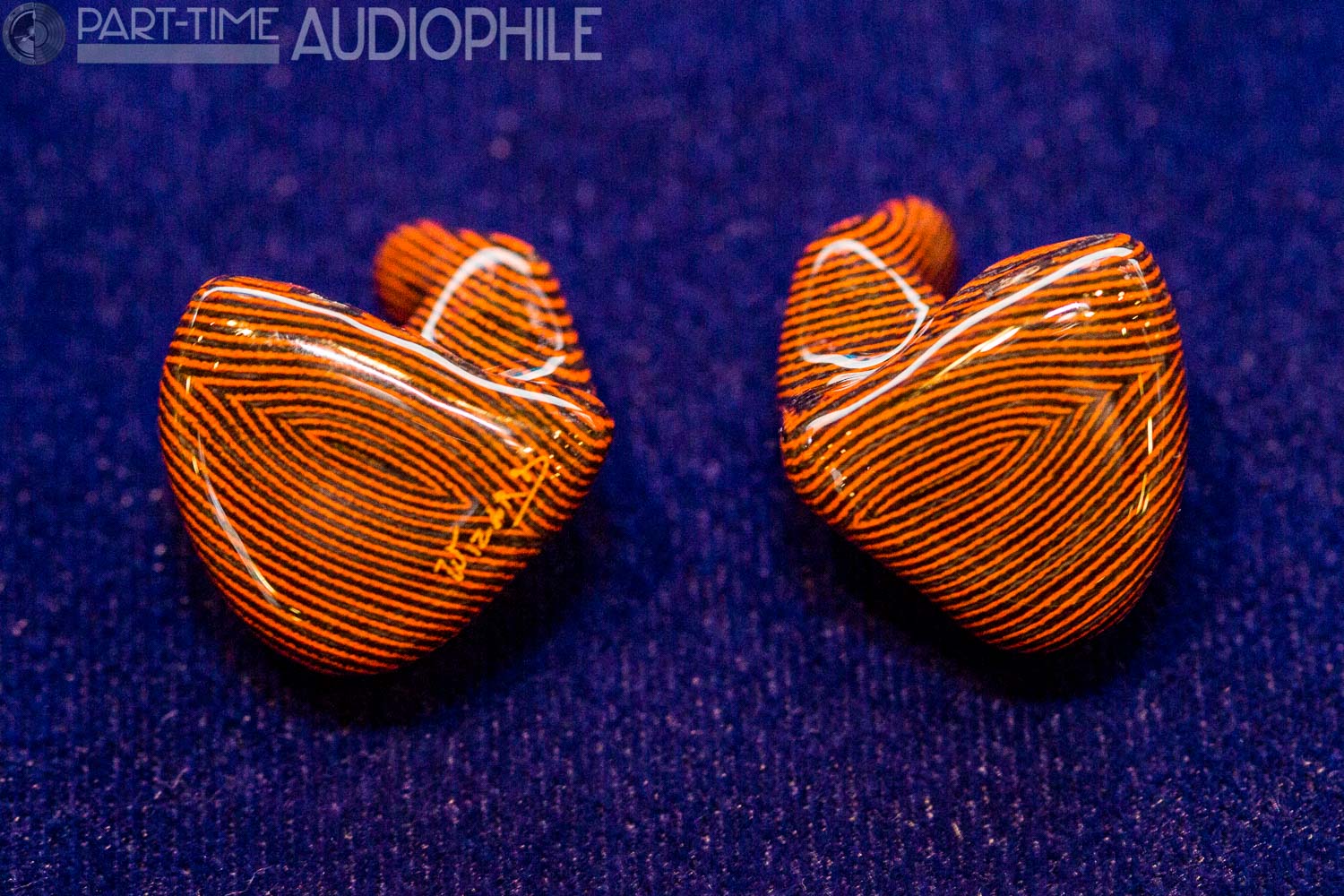 Noble Audio, who had the good fortune and immaculate taste to sponsor the Part-Time Audiophile crew on our coverage for Rocky Mountain Audio Fest this year, has been in “the business” for a little while now, with founder The Wizard (aka, Dr John Moulton) and his partner, Brannan Mason, carrying forward some of the world’s best in-ear monitors.

No, really — don’t take my word for it, however. Go forth, check it out; Noble is the berries.

Here at CanJam, the universal-fit version of their flagship product, the Kaiser K10 ($1599), saw an unexpected facelift. You might have noticed the honkin’ big banner toward the bottom of this post — yes, that’s CNC’d aluminum, and yes, all of that texture is much cooler than my amateur-hour photography can capture. I still think the K10 is the best custom IEM you can buy, but the universal version of it is every bit as sonically excellent as the custom. Aside from the sound quality, my favorite bit about the K10U is the size — or lack of it. It’s freakin’ tiny — and yes, it houses 10 drivers per side.

The new K10U sits in an aluminum case, and it really is two-pieces, precision-fit. The whole is a fraction (maybe 1mm) taller than their plastic sibling, but the weight is still extremely low and very manageable. And it looks awesome — crazy distinctive and instantly recognizable.

Which brings me to the Prestige.

, from praestringere ‎(“to blind; to blindfold; to dazzle or confuse someone”)

As the Noble literature mentions, there’s this bit in stage magic, where the magician “proves” himself beyond compare by performing an absurdly difficult or otherwise amazing trick, usually as part of their grand finale. Like Houdini, escaping from the Chinese Water Torture Tank. It’s improbable if not flat-out impossible. And yet, it happens. Right in front of you.

What Noble has intends with their Prestige line is the, sadly, a rather unlikely combination: stunning aesthetic mated with stunning sonics. “Prestige Line” then means taking one from their top-shelf offerings (a K10 or a Savant), soaking it in awesomesauce, and serving up some of the most striking-looking bits of incredible-sounding in-ear audio jewelry I’ve ever seen. Yours can be carved from spalted wood, show off bits of vintage watches, or maybe a Picasso-esque jumble of color shapes, or a splash of metallic dust arranged like a spiral galaxy or the Milky Way. Or do you prefer gold flake, glass shards, pinecones, dinosaur bones, unicorn horn, fine jewels, or a “That was easy” button? Doesn’t matter — you guide, they craft, and the result will be unique. It will shock. And that, my friends, is Audio Winning.

But that’s not all.

Here at RMAF, I was introduced to the Savant ($599). The Savant is a new-ish offering from Noble that doesn’t offer up a whole lot in the way of design details. Brannan told me that they weren’t trying to be coy — the point, he claims, is that there’s an arms race in high-end IEM manufacture that customers are all-too-keen to key off of: the number of drivers being some kind of indication of quality. Their highest-density offering, the K10, offers 10 balanced-armature drivers per enclosure. Brannan assures me that Noble could add more, but has yet to bother — adding more doesn’t reliably indicate anything more than higher cost. Given that “beautiful sonics” is pretty much the whole show, there’s no drive to keep piling drivers higher and deeper. So, in an admittedly deliberate and blatant effort to get off that train, The Wizard came out with the Savant, “perhaps the most subjectively balanced in-ear monitor Dr. John has designed thus far … a detail-oriented IEM with a solid low-end and clean highs.” And that’s pretty much “it” for specs.

Brannan calls the Savant “special” in their lineup, and asked if I’d like to have a listen — so I did. My (very brief) time with them placed them a little less “fulsome” than the K10 (not surprising, given the huge price disparity), but very open-sounding. Deep, textured bass with linear, extended highs had me toe-tapping and head-bobbing — and also thinking more Ultimate Ears Reference Monitor than UE18Pro, if that helps.

I was impressed; I have a set of Savants, in the Prestige finish, on the way. More on this front soon.

When it comes to Altec drivers, all I can say is, “Iä! Iä! Cthulhu Fhtagn!” I’m just a bit of a cultist about Altec. The All Technical Service Company made some of the worst speakers […]

Scott Dalzell of Viva Hifi was reprising his CAF setup here at RMAF, with the “little” Daedalus Audio loudspeakers, the Muse v2 ($7,850, now with Stillpoints footers). These speakers, set kitty-corner across part of the […]

There are a couple of rooms on the audio show circuit that are pretty much a guarantee of goodness. Acoustic Zen is one. Robert Lee was showing off one of my favorite finishes on the […]