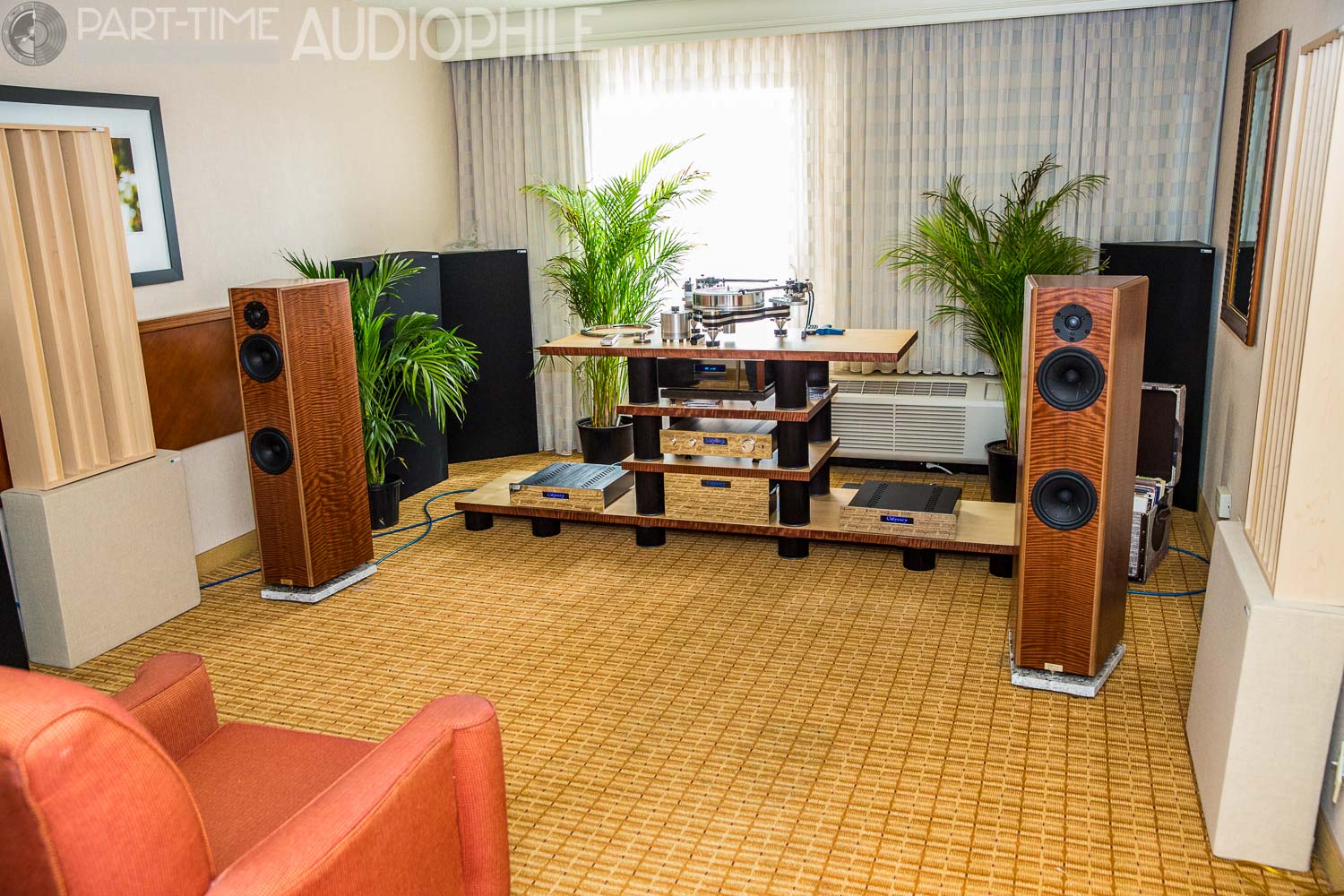 Three times during RMAF, I witnessed the same magic trick. Each time, I got shivers, goose bumps, and a trill of fear that lifted up the hairs on the back of my neck. The effect was so complete, so eerie, and so unexpected, that the act of writing it down not only does it disservice, it almost relegates the experience to a cliché. In fact, I suspect most of you have heard this cliché more than once, and even imagined that you yourself have borne witness to it. But trust me. This was different. As different from that common cliché as a shark is to a fish. Related, perhaps. But most decidedly not the same.

The first time it happened was in the Odyssey Audio room. This was early on Saturday. Designer Klaus Bunge had just finished some major room tweaks. He dropped me into the chair, cranked it up, and left me there. And after a moment, the music began to play.

The setup was a little unusual. I was very close to the new Kismet Liquid loudspeakers ($5,900, with beryllium tweeters and Revelator woofers), a three-way floor-standing version of his truly excellent stand-mount speakers — they occupied the opposite angles of an equilateral triangle, the length of each leg only 6′ or so. But I couldn’t hear them. At all. They were not playing.

The sound stage was huge, deep, layered and I sat middle-orchestra, center. Where on earth was that sound coming from? Soaring waves rose and crashed, and I, well I was catapulted over unseen boundaries, flung out to the sweet Sargasso Sea, and was lost.

This was epic. How the hell …? No matter. This was a definite Best-In-Show contender. Just phenomenal sound.

A Odyssey Candela ($1,600 preamplifier) ran into a pair of Khartago mono blocks ($1,995/pair), and all three were hidden behind a mirrored-finish face. On the top of the Odyssey-made audio rack (prices vary, inquire directly), I found a brand-new dual-tonearm Avenger from VPI (prices start at $9k), but my time was spent with the Odyssey-branded CD player. Room acoustics were courtesy of GIK Acoustics.

RMAF12: Electrocompaniet and Brodmann making me all warm and fuzzy

November 5, 2012 Editorial Staff RMAF 2012 Comments Off on RMAF12: Electrocompaniet and Brodmann making me all warm and fuzzy

Next up is a room full of familiar gear from Brodmann Acoustics and Electrocomp. I heard this pairing at RMAF last year, and was quite impressed. The $4,500 Festival S monitors, driven by a pair […]

Ferrari red, gleaming chrome…. Triangle Arts turntables are probably not for the pipe-and-slipper set of audiophiles. Those furrowed-brow types with the insipid grin who wear jumpers, not sweaters, sip whiskey and have bad posture. The […]

Gordon Burwell Sr. is one mellow dude. He’s always kicked back in his room at hi-fi shows, usually with his glasses tipped up on his head, a smile on his face, and some sweet tunes […]