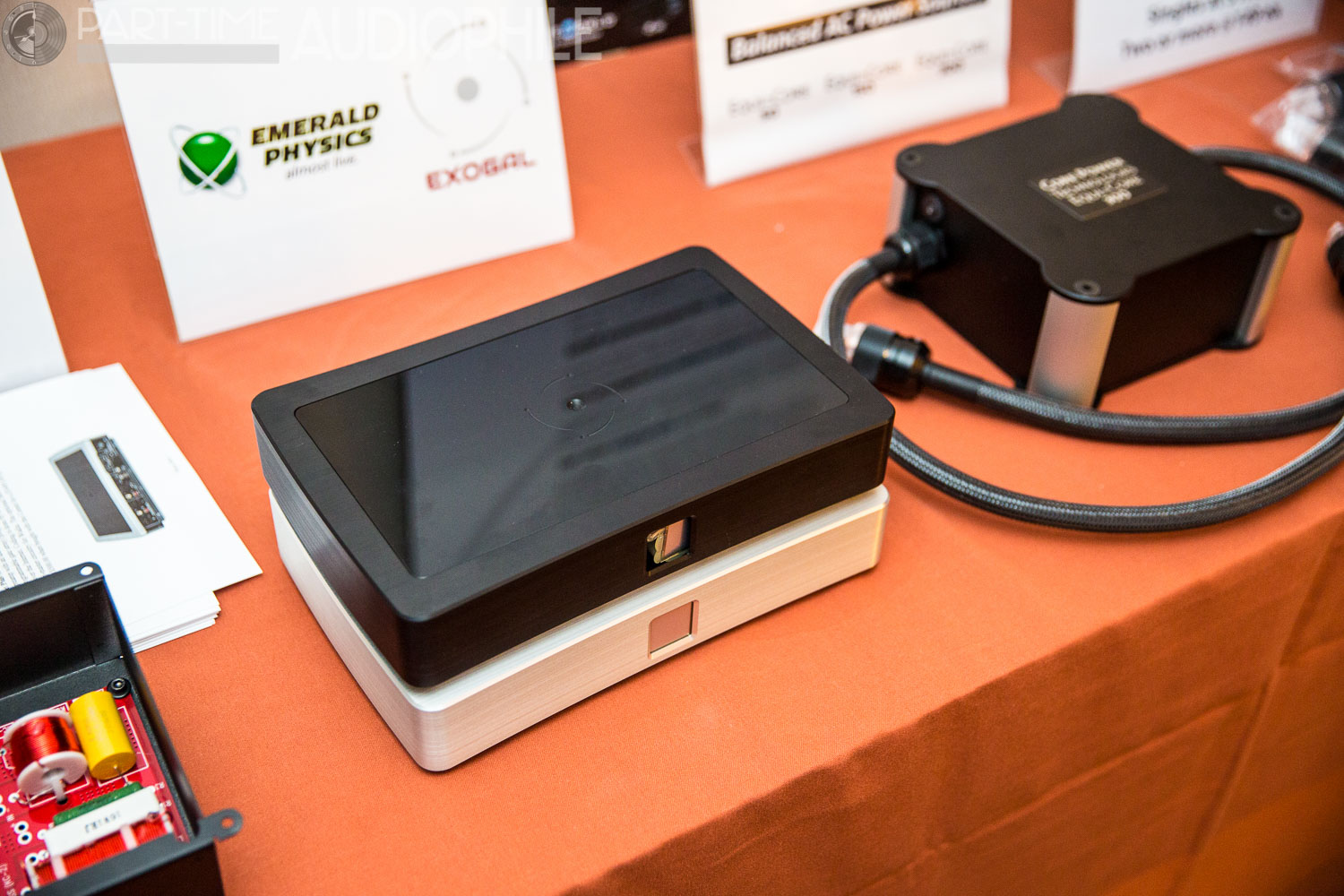 I’ve known Walter Liederman of Underwood HiFi for many years — he was the guy that first sold me my first DAC, a Cullen-modified PS Audio DLIII. Shortly thereafter, he sold me a Peachtree integrated. Years later, he sold me a Pro-Ject RPM 9.1 turntable, even it was under a bit of duress (what had happened to that DAC?). He’s an excellent salesman and a great ambassador for the brands he carries.

But when he bought into Emerald Physics, moving over into manufacturing, I thought he’d lost his flippin’ mind.

Not about the Emerald Physics brand, mind. I thought that speaker was a neat idea when it first came out — open baffle, controlled-directivity, DSP-controlled — it all seemed like a tidy little package, and the fact that some of those very early offerings were able to hit an in-room response that was eerily flat from 20Hz-20kHz, was almost miraculous.

Walter, with his business partner Mark Schifter, have a full suite of products, including amplifiers ($1280), preamplifier/DACs (starting at $250), and cables, all fairly remarkable for such a young brand. Even more remarkable is the commitment to price — while not always exactly cheap, most of their products sell for surprisingly modest cash. 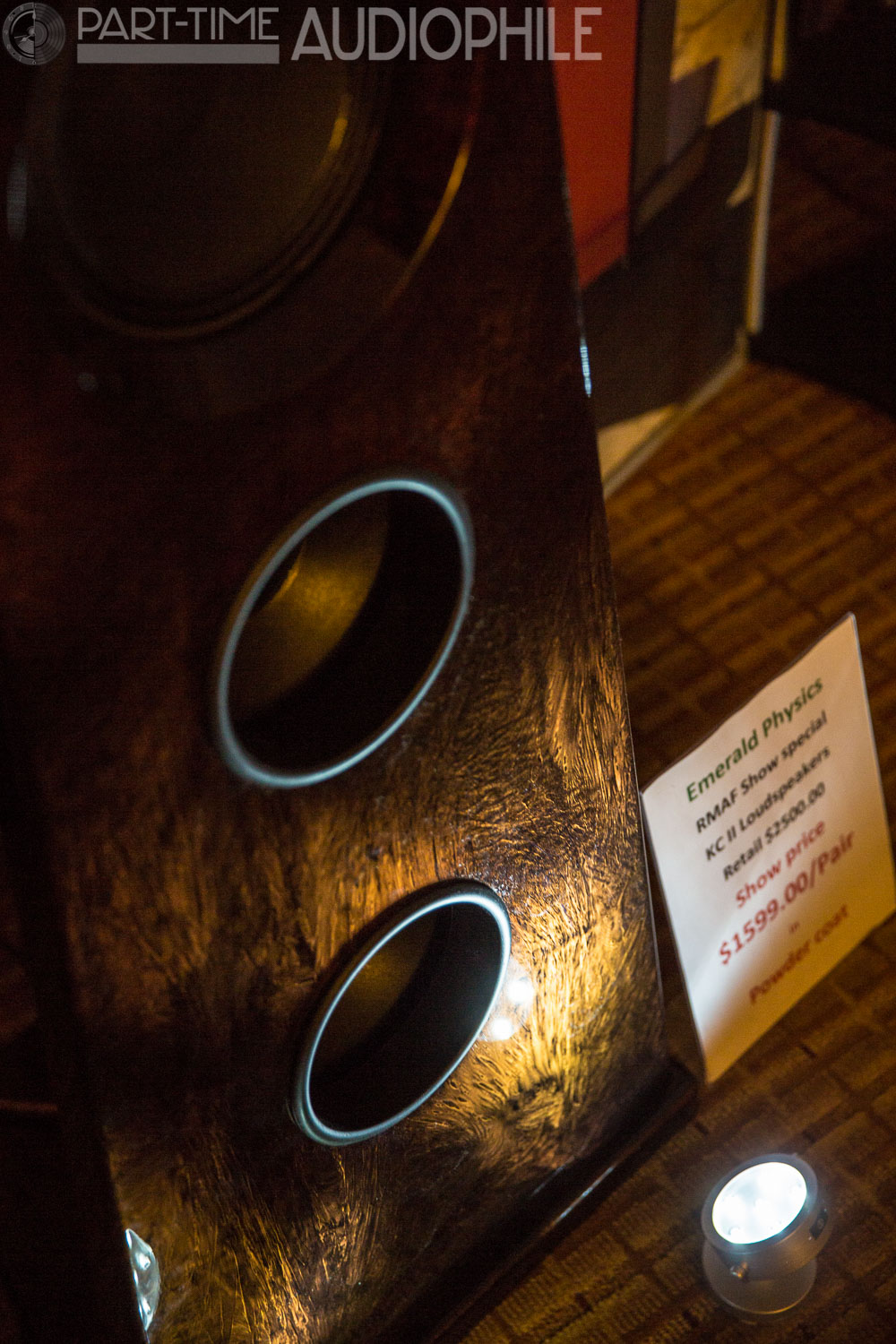 Walter and Mark were showing their newest panel speaker, the KCII (starting at $2,500/pair), which they describe as a “Pure Analog Controlled Directivity Open Baffle Loudspeaker”, which I take it to mean that it doesn’t require a digital outboard crossover (I’ll come back to that in a second), like some of the other speakers in the lineup did. No, the KCII can be run by a single amp, but in true EP fashion, this speaker can be upgraded to a bi-amped or even tri-amped version. The driver complement is an 8″ concentric midrange/tweeter array they call “Godzilla”, paired with a duet of 10″ woofers for the down-low, which can hit 28Hz with the optional, EQ upgrade (see — I came back to it after all). Standard finish is an unremarkable black powdercoat; upgraded paint finish, like the “coca bolo” finish show at RMAF, are available for additional fees (up to $2,000, depending).

My impression of this speaker, aside from the bewildering array of upgrades (which can be lumped together for the “Pro” version for another $1,500/total of $4,000), is that the speaker is still an EP. That is, it still looks very much like some of the very early versions of the speaker, even though the evolution has been quite remarkable.

The power conditioning/power cords came by way of Core Power Technologies. These power cords include an inline balanced power transformer to claim some noise canceling/”draining” benefits. The prices vary based on the expected load, starting at 50 watts ($499), with 150 watts ($599) and 300 watts ($799) also available. 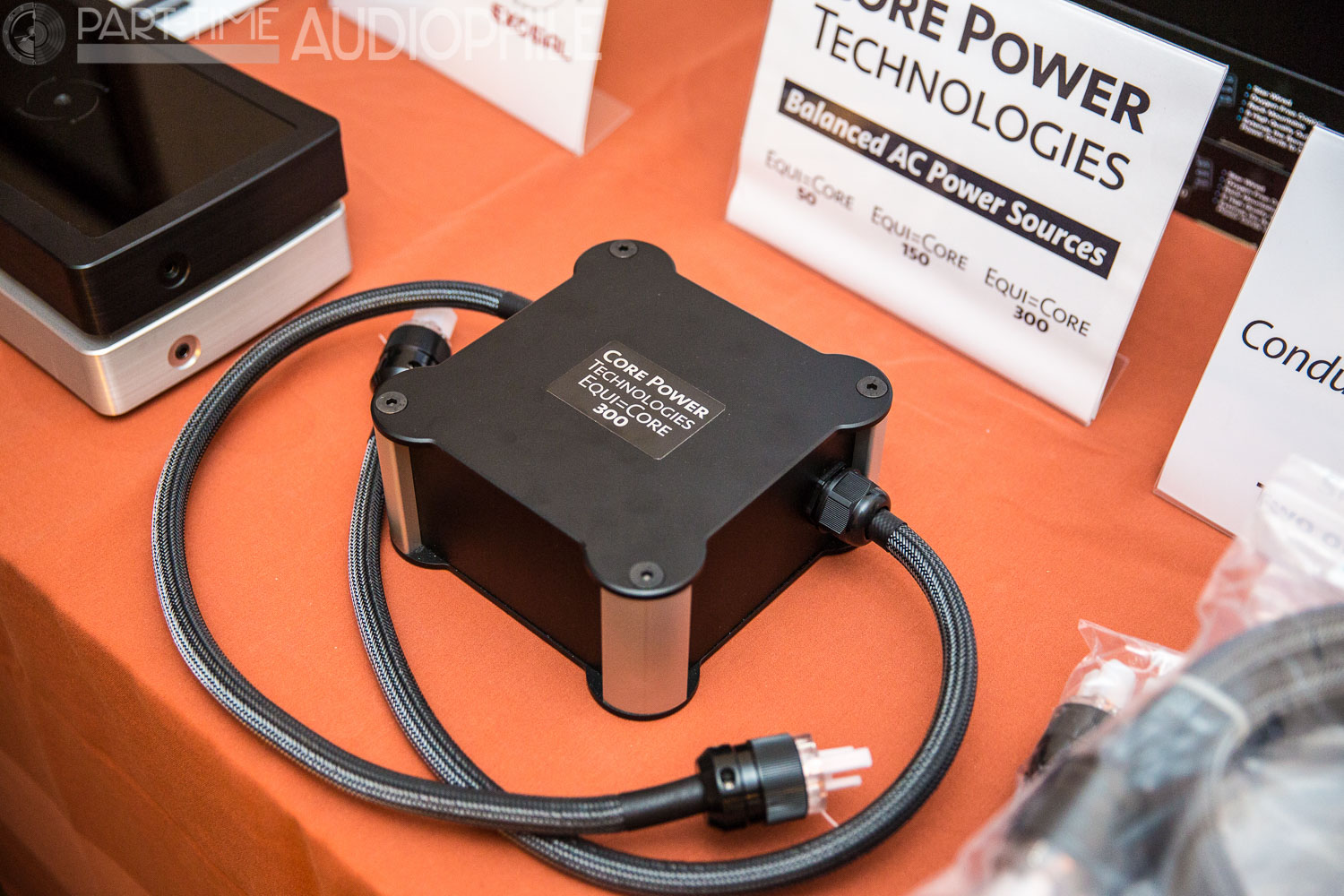 And then there was the DAC.

The Exogal Comet Plus (now $3,495, with optional outboard linear power supply), is a field-programmable gate-array DAC that can handle DSD128 and 32bit/384kHz PCM material over USB (but also sports Toslink, AES/EBU and BNC S/PDIF inputs). Bluetooth lets you control the DAC directly from your iPhone, which is killer and it’s designed, sourced and built in Minnesota, which is also killer. Jim Kinne, late of Wadia, is behind the code that runs the little beast. Part-Time Audiophile contributor John Richardson sent in this review of this DAC, so I won’t spoil it (too much) except to say “Wow”.

The sound in here was exactly what I expect from Walter’s demos — big bass, clear vocals, and a detailed sound — and as far as I could tell, it went over like gangbusters, dragging folks in from all over the hotel. A busy room, and deservedly so.

I should note that the package deal that Walter had set up for this room — $6,995 for the speakers, amp, DAC and subs — was one of the very best deals going at RMAF this year. With a Comet riding this high and this hard in this room (and the fact that all of this could be had at this price), made for an experience that was not only astonishing, it was a sure sign of the apocalypse.

by John Stancavage No member of the Beatles is more polarizing for his perceived talent than Ringo Starr. On one side, there’s the camp who insists he wasn’t much better than your average undisciplined pub […]

This was not exactly your father’s stereo system… no wood veneer here, but that’s what drew me into the room: the look of all that gleaming CH Precision gear, (A1 amplifier, L1 preamplifier, X1 Power […]

I wasn’t expecting that unassuming wooden box sitting on Todd Garfinkle’s table at RMAF this year. MA-Recordings is a very well-known label (to me, at least); I’ve been quite taken with Garfinkle’s extraordinary recording work […]