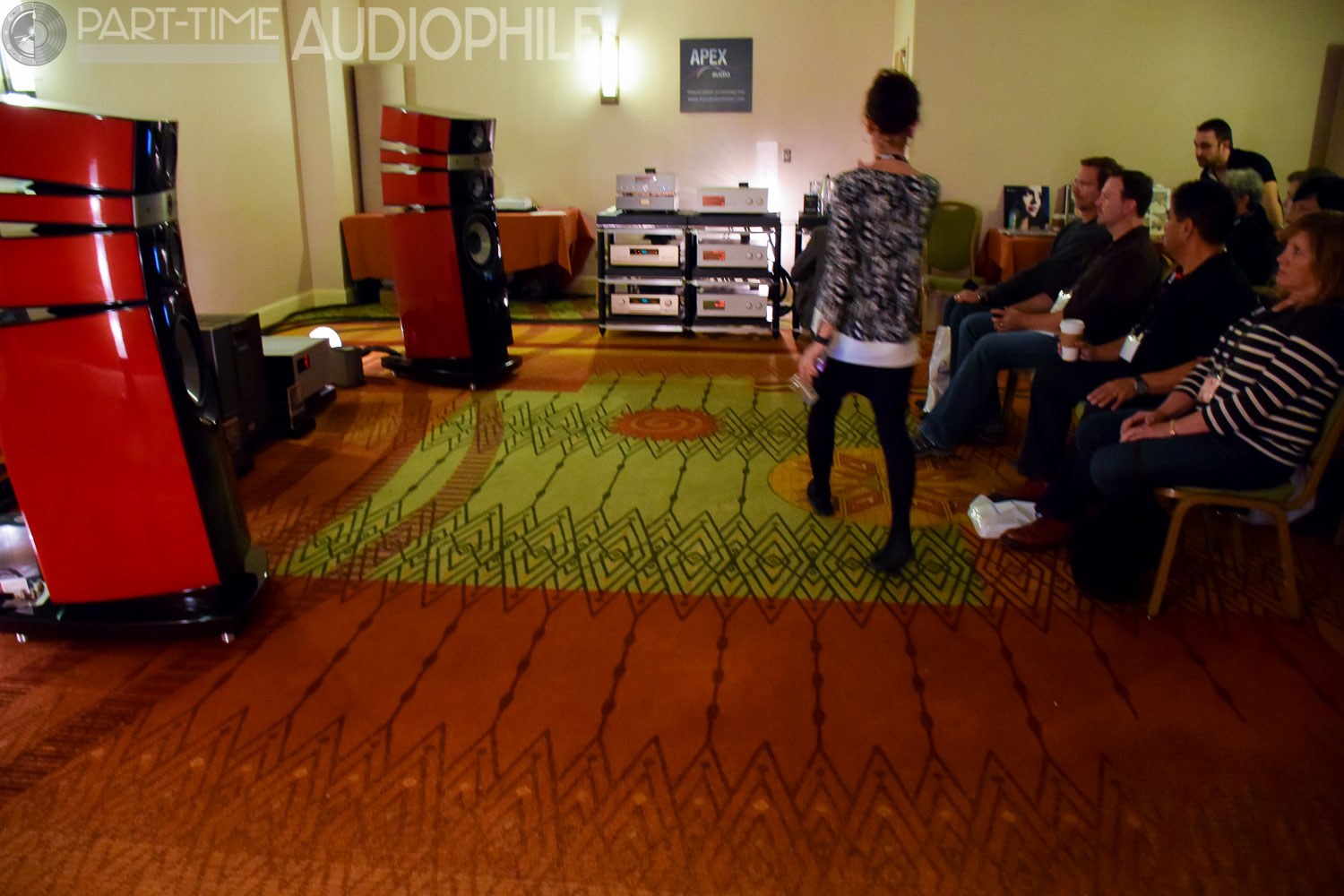 Former President Jimmy Carter famously once admitted he lusted in his heart for other women, but he never stepped over that line.

I think I know how our peanut farmer felt, except the objects of my affections — outside my sweet wife — are very large speakers.

I find myself looking at postings of people who have brought towering, banged-up Altec Voice of the Theater commercial models into their homes and thought, “Wow, I need to do that someday.”

The Esteemed Editor actually indulges me in this fantasy, typically assigning me to the biggest rooms holding the largest transducers. Yes, he’s an enabler and needs to have his head examined almost as much as I do.

That said, it won’t be a surprise for me to admit I spent a restless night awaiting this year’s early 9 a.m., press-only Friday kickoff of the 2015 Rocky Mountain Audio Fest. Before my iPhone alarm had even buzzed, I was on my way to the mezzanine, where I was fairly sure I would find one of high-end audio’s tallest, most curvaceous beauties, the Focal Stella Utopia EM loudspeakers ($97,000).

It was love at first sight for me and the Stellas when we met a few years ago, and the intervening time has only made our bond stronger as we try to maintain a difficult long-distance relationship.

Part of the reason is that she has a big sister who’s an even more alluring temptress, but also twice as elusive. You’d also probably need to design a listening room — or maybe your entire house — around the 7-foot-tall Focal Grande Utopia EM ($180,000) before you could invite her in.

About 18 inches shorter, Stella makes an excellent dance partner. Born in Lyon, France, of good stock, she seems to be the perfect companion to make a man give up the hours spent in the all gin joints around the world and just stay home, listening to her voice only.

What makes the Stellas even more infuriating for a working-class schmo like me, though, is knowing she likes the best of everything. Seeing her at RMAF, on the arm of an associate of Denver’s Apex Audio, I wondered if I could make her as happy.

The Stella EMs, as you might imagine, made beautiful music. I sat with her for a while and then slipped quietly out the door, pausing to take one more glance. Someday, Stella, you’ll be mine.

Focal Utopia. “World’s Best Headphone.” This was the proclamation made by the man who gave me my first job doing headphone reviews, my mentor and predecessor at Innerfidelity, Tyll Hertsens. As a young teenager I […]

There are a couple of vendors that are doing that 360° sound-field thing. MBL is probably the highest profile, but not necessarily the best nor the most costly. For the latter, unarguably, German Physiks has […]

Simaudio VP Costa Koulisakis with his hand on an all-silver $8,000 Simaudio Moon Evolution 650d DAC/Transport. This is the unit that Stereophile’s Michael Fremer found to be a world-beater in the November 2011 issue. Heady […]