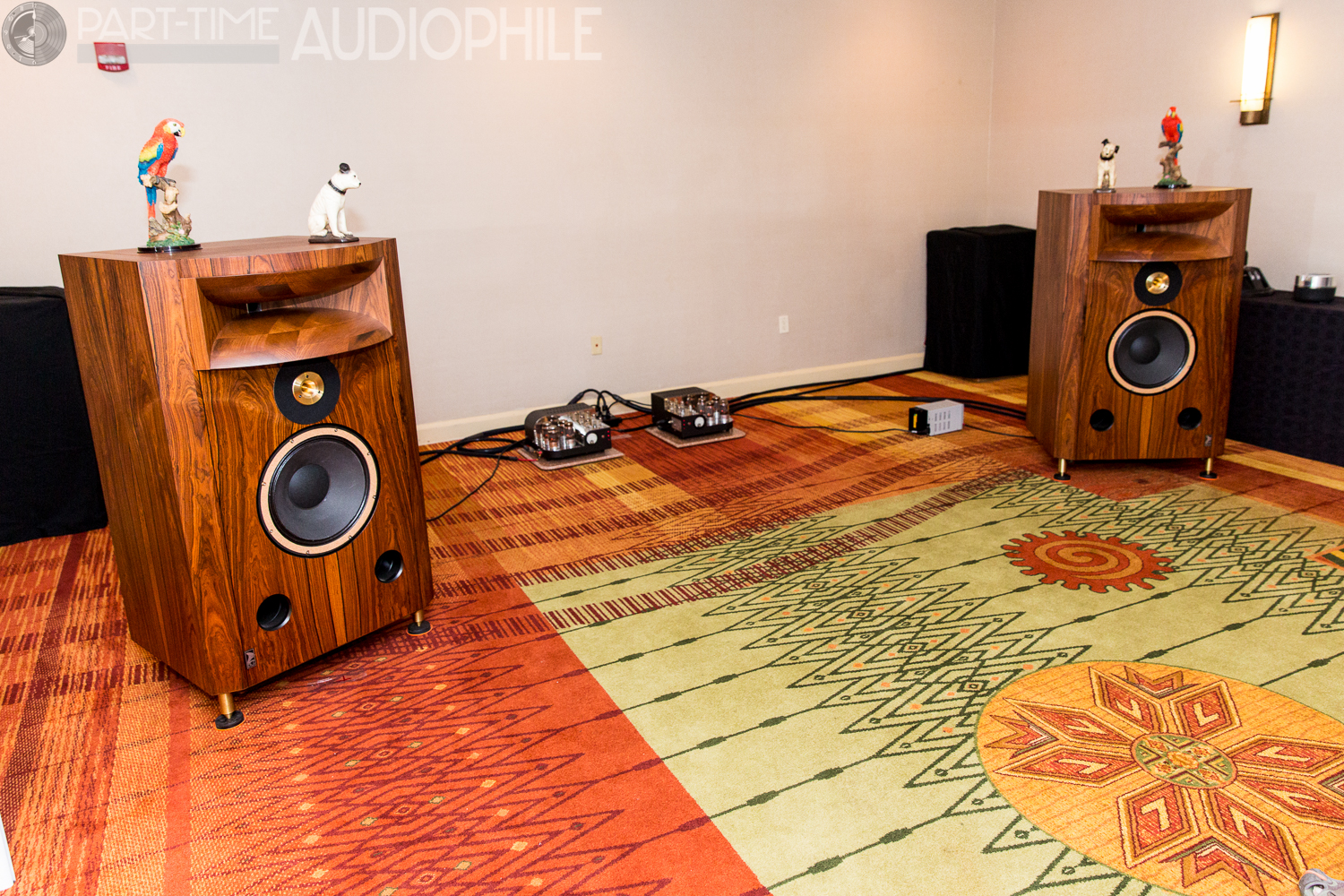 Going room to room at the Rocky Mountain Audio Fest is always an exhilarating experience, but also one that, by day three, can almost be too much of a good thing. Speakers that might have sounded impressive alone in a solo demo at your local dealer now come off as ho-hum compared with some of the 50 other pairs you’ve just heard.

By then it definitely takes something special to turn my heard and perk up my ears. Another narrow-front-baffle, D’Appolito-style design with 7-inch woofers? Yawn. Mini-monitors? Ditto. Piano-black finish? So five years ago.

There’s one room, however, that I usually save for late in the show. I know that, no matter how close I am to high-end burnout, Classic Audio Loudspeakers will provide the adrenaline rush to close out the event on a high note.

Indeed a trip to the Classic Audio display takes me back to my youth, when my friend and I would sneak into his big brother’s room and marvel at the hulking Altec Valencia speakers and Marantz tube gear. Or when I would spend the entire visit to a family friend’s house in front of his JBL Paragon console. These behemoths, driven by the electronics of the day, may not have had the ultimate transparency or resolution of some modern systems, but they had the “wow” factor — as in, “Wow, listen to that bass,” or “Wow, that guitar sounds like it’s right in front of me.”

These were unapologetically big speakers that were capable of reproducing room-threatening SPLs. The Rolling Stones sounded like a freight train roaring by on two wheels, teetering sideways, almost flying right off the track, just they way they do live. There was no “polite” audio imaging or miniaturized soundstage. Mick and Keith were in the room, shaking the walls as well as their moneymakers, with Charlie’s bass drum smacking you in the midsection and the late, great Bobby Keys wailing in your ear.

The Valencias and Paragons are long-gone, much-sought-after eBay items today, but one man is keeping that part of audio history alive, John Wolff. At RMAF 2015, he was showing his Altec/JBL-inspired T-1.5 Reference ($72,950). It featured 18-inch and 15-inch woofers, a 4-inch Beryllium midrange compression driver mounted in a huge wooden horn and a 2-inch, magnesium domed supertweeter.

This old-school assortment of drivers was powered by plugged-in field foil magnets, another old idea that is fairly rare these days. The massive cabinet also was stunning, with the kind of master craftsmanship in the woodworking and natural finish that you’d swear had died out decades ago.

Listening to the T-1.5 shows that a blend of, well, classic audio ideas and modern associated components can be pretty special indeed. A Bonnie Raitt track playing when I walked in sounded like the singer had stopped by your neighborhood bar, plugged in her electric guitar and started tearing through some solos while bass throbbed and drums whacked.

Wolff smiled as I complimented him on both the sound and look of his speakers.

“I try to build each pair a little bit better than the last ones,” he said simply.

Powering the speakers was a pair of Atma-Sphere Novacron monoblocks ($19,200) through an Atma-Sphere MP-1 preamp ($16,200 as shown, with a few options). Feeding the system was a Kuzma Reference turntable ($8,900) with a Van Den Hul Grasshopper cartridge (discontinued), or a Stahl-Tek DAC (no longer made),

Cable was provided by the room’s other host, Jim Aud of Purist Audio Design. He was showing his new Neptune series of wires, which totaled up to $38,700 as shown. The cable featured his fluid-surround concept for maximum isolation and a relaxed presentation.

Wolff also makes a JBL Hartsfield-style speaker that’s equally impressive. It’s a brave calling that he follows, keeping alive these monsters from yesteryear. High-end trends haven’t been kind to big speakers, and the international market — where they still are appreciated — has been suffering from a recession. Still, Wolff soldiers on.

“I’m in pretty good health,” he said. “I’m going to keep making these as long as I can.”

Be sure to check out Classic Audio Loudspeakers at your next major audio show. They are the kind of all-too-rare heirloom items your kids and their children would be proud to have. You’d be pretty pleased yourself.

If you’ll pardon the promotion, but every time I find a demo room with either Plinius or eFicion, I kinda feel like a judge who refuses to recuse himself when hearing a case he himself […]

Hitting the CanJam at RMAF is a highlight for me, and an instant reminder of the health and vibrancy of (at least one corner) of the high-end audio industry. This year, there were too many […]

DENVER, CO (PTA) — Show organizers sent out a heartfelt announcement this morning regarding Rocky Mountain Audio Fest 2020, and sadly for the audio show going community the festival of sound for 2020 had […]