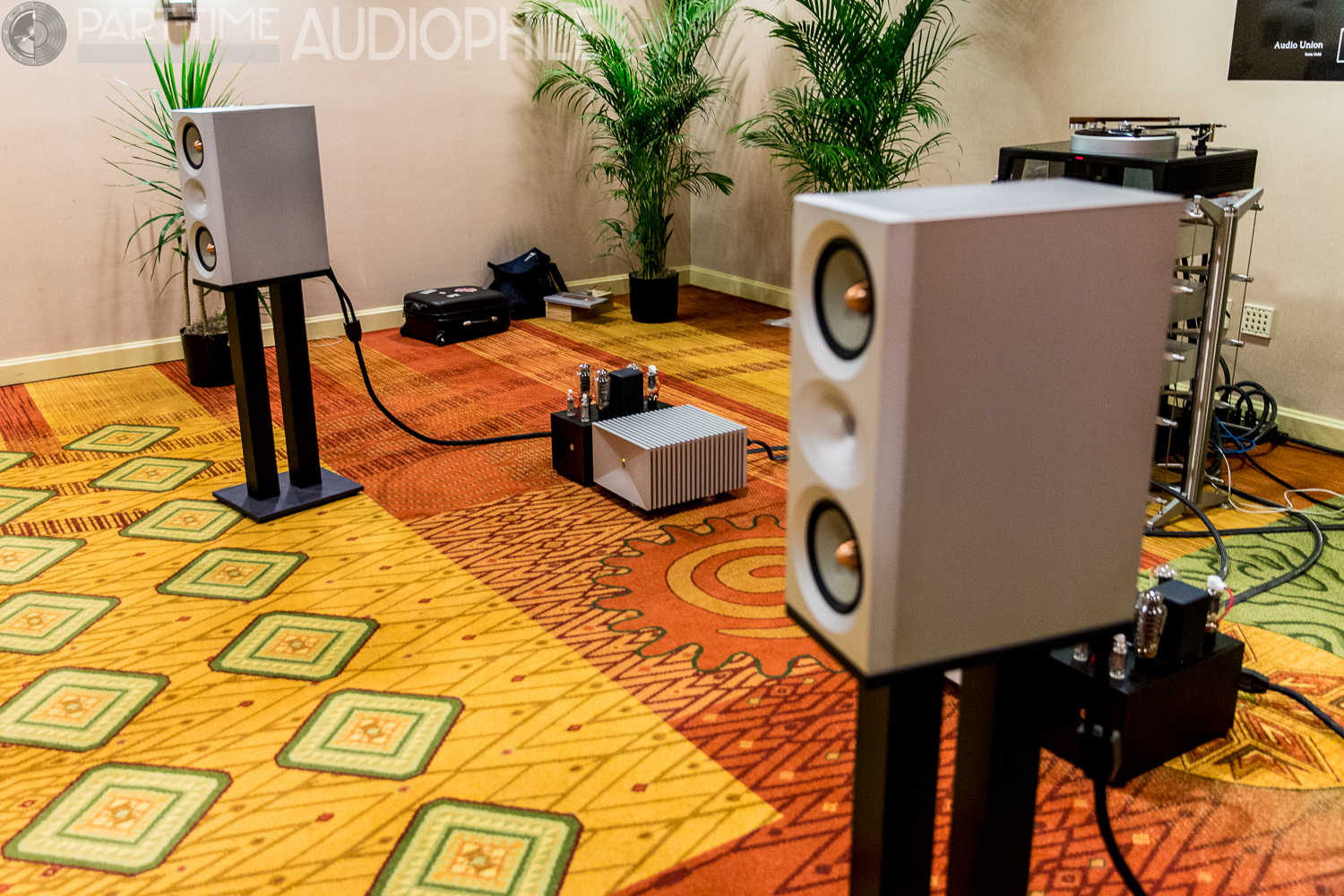 I walked into the Hi-Fi Imports room at RMAF 2015, captivated by the sound of a National bottleneck guitar. I settled into a side seat and saw the vinyl record’s owner two seats away from me — dead center — eyes closed, focusing intently on the track.

Slowly, like a thief spying his target, I reached over to the seat between us and picked up the album cover. It was Eric Bibb’s Spirit and the Blues. The spare, atmospheric cut highlighted Bibb’s voice and the National guitar sounded like it was being plucked right there, 10 feet away.

The audiophile opened his eyes, glanced down and saw only the empty cushion between us. He then looked over and caught me red-handed, reading the musician list on the back of the album.

“It’s cool,” he replied, smiling. He then turned back to the music and closed his eyes again.

The system on display featured a number of products from Thrax, including Lira two-way, stand-mounted speakers ($20,000) and a Teres transformer-coupled, hybrid 250-watt amplifier ($30,000). Preamp was the Dionysos, a triode tube design with zero feedback ($21,500), fed by an Orpheus phono stage with built-in step-up transformer and programmable gain and loading ($21,500).

Sources were an Audio Union Helix One turntable with Schröder CB tonearm ($40,000) or a Weiss Man 301 Music Archive network player ($12,262, without DAC), plugged into a Thrax Maximus DAC with DSP-controlled discrete resistor ladder ($33,000). Cables were David series by EnKlein.

After the Bibb track concluded, the owner retrieved his vinyl and glanced back at me. I reluctantly handed the record sleeve back to him. I wanted to hear more from Bibb, and, indeed, additional music from the Thrax system, but time was running out for the day.

Black Cat Cables has been something of an experiment in progress for cable designer/manufacturer Chris Sommovigo. With success in the Stereovox, and later, the Stereolab, line of audio cabling, it’s almost curious as to why […]

I have seen a standout in turntable design and it is the Döhmann Helix 1. It’s no surprise to anyone who’s read my frantic scratchings here the past few months that I am an analogoholic. […]

I’ve had fun directing others on interesting ways to find an Avatar Acoustics show-room at audio shows before. My advice has been to “follow your nose” — Avatar’s Darren Censullo has a tendency to do […]