Why do seemingly normal people design, manufacture, and invest in all the electro-mechanical wizardry that’s on display at the RMAF? If you’re stumped by that question, well here’s the answer: so we can create the illusion of live music within the confines of our own homes. As impressive as all this paraphernalia can be and as astounding as the creativity that goes into it, what’s still always more impressive and astounding is the real thing. No matter the genre, the experience of live music is always special. Of course, our systems allow us to experience performances of long-gone artists as well as living artists whose performances are not readily accessible, but all in all the live experience is unlikely to be unseated as the gold standard—at least I hope not. Luckily, the RMAF included some good doses of live music to remind everyone why we got involved in this hobby/obsession.

In addition to fielding a muy-mega-mondo system to show off his Isomike recordings, Ray Kimber of Kimber Kable fame is also an enthusiastic supporter of musicians. And this year he sponsored a short Saturday night recital featuring Fanya Lin, a young (at least compared to me) Juilliard-trained pianist. She was tickling the ivories of a Steinway Model D concert grand to the delight of a packed house, seated in the round.

There’s nothing like the sound of a big piano played by someone who really knows what he or she is doing and Fanya certainly knows her stuff. After spending my second day wandering the halls searching for sonic nirvana, it was downright cathartic to hear her play. As you probably know, the piano’s classified as a percussion instrument, but if you didn’t understand the percussive nature of the piano you sure would have been enlightened when she launched into the final work, Prokofiev’s Toccata.   I’m not enough of an aficionado to tell you whether it was a wonderful, mediocre, or poor rendition of the piece; but it was definitely exciting, as only live music can be. Brava Fanya! And bravo Ray for bringing live music to a festival dedicated to reproduced sound.

Yes, Audio Note UK was exhibiting equipment, but they were also “exhibiting” Vincent Bélanger, an enthusiastic and clearly accomplished young cello player. He not only played his cello in the intimate surroundings of a typical hotel room, he regaled me with cello lore. Vincent also told me the story of his finding an old, Boccherini-esque manuscript in his grandfather’s attic. He played an initial, unedited recording of his rendition of this piece for me on what was pretty much an entry-level Audio Note system, which featured a pair of AZ-2 D speakers ($3.3K).

It was thrilling to hear Vincent play part of the recorded piece live and right in front of me. No imaging, dynamic, or frequency restriction problems here. As far as playback was concerned, I’m typically less than gaga over AN setups, with corner positioned small two-way speakers. They’re always musical, but never hair-raising—for me anyway. However, I spent some serious time listening to Vincent’s solo cello recordings on this system and was impressed with the realism and ease of reproduction—at least on these recordings. Another one of my biases down the drain!

My one regret is that Charles King’s Stellavox wasn’t set up during my visits to this room. I heard his tapes last year on a similar Audio Note system and was enchanted. Maybe next year . . . 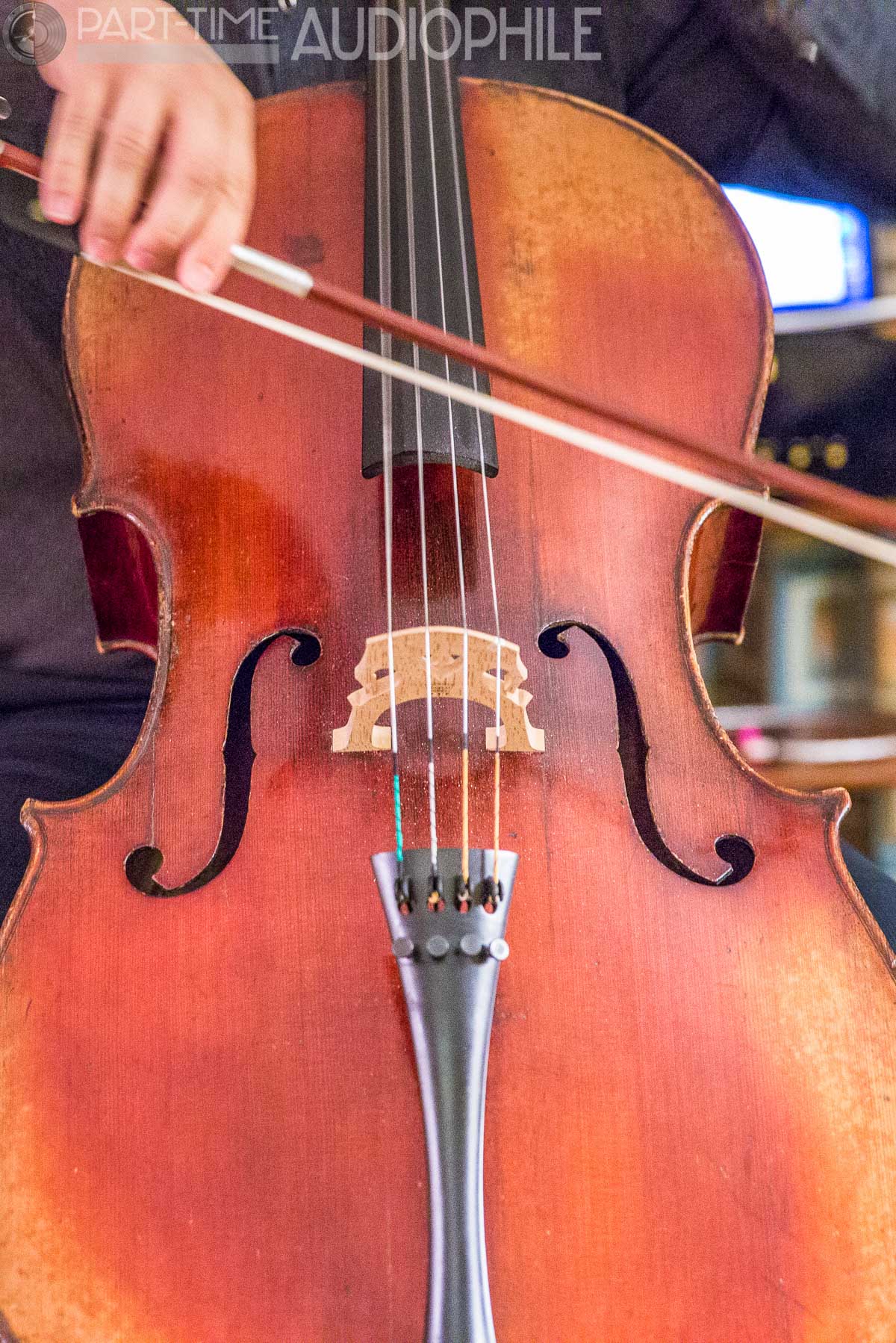 It was like being behind the Iron Curtain somewhere in East Berlin, circa 1973. The lighting, the color palette of the hotel – mein Gott, the effing furniture – the sense of secrecy. The feeling […]

The Best DACs, Servers, Streamers, and Disc Spinners [Editor’s note: Welcome to the Part-Time Audiophile Buyers Guide for 2021! This year we decided to mix it up a little by breaking up the Buyers Guide […]

by Rafe Arnott If you’ve been to an Audio Note UK show room at one of a hundred audio conventions or trade shows in the last decade or so (think Newport Beach coming up, or […]