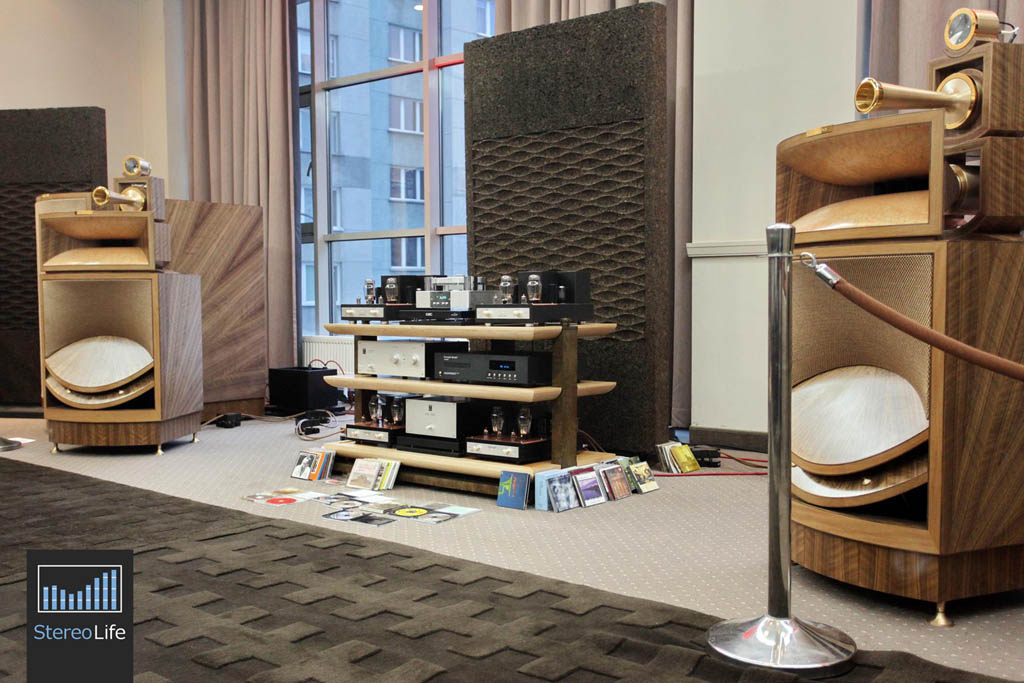 I have often wondered how much an ultimate speaker setup would require in production costs and thus what market price it could bring. Now I know (it’s a lot). I met the Living Voice Vox Olympian at the Warsaw Audio Show ’15!

So what did this very masculine future time-sound engine want to prove? Nothing! He just felt kind of out-of-place in the Warsaw Audio Show 2015 environment. An orphan.

If I were him (the Olympian), I too wouldn’t care less who touched me when the sponsors were not looking. Nobody gave him a banana, so he played at his minimal best.

Wow, and what is minimal! After my short listening, the minimal is exactly what it is…to be expected. The BEST by most standards. Gracious sound. No less no more. Take it or leave it, nothing to be added.

Hey, am I complaining? Yes, I am. The Olympian was hors competition and thus unfair to make any comparisons. I am near drooling when I remember every single moment of looking at him and listening to him. Marvelous? Nah, this was expected! So what kept me drooling? The atmosphere he created! It was the very few times I felt that I had been transported to a mediocre theater with very poor acoustics (sorry, the Show), yet listened to LIVE music. Incredible to me, knowing how acoustics can kill live presentations and addicted concert-goers will never substitute a theater or concert hall treat for the best recordings! Knowing poor acoustics in all show rooms, I wonder whether the Olympian would not perform equally as well in a big bathroom (acoustically damped, accepted) and yet bring a perception of a live performance?

So what was so odd to me in trying to ascertain that the speakers had the right to its prestigious kinderstube? Two issues: parentage, and as Living Voice claims “the most recent and single-minded horn design to date, taking this venerable technology into new uncharted territory”. No more, no less.

Now back to the Show. How did the Olympians sound to me? Don’t believe me, but restrained, I felt they were chained, bound and caged! I could hear occasionally the roar of the beast, but it was more of a dissatisfaction than anger at being put as a slave to architectural/constructional limitations.

Obviously the Olympian is not for everyone, certainly not me, but I have one remembrance: I pinched him when nobody was looking! Cool, I felt he did too!

As an anecdote, I heard that Kevin Scott, the Man behind the Vox Olympian, in his haste to present his babies (rather, very grown-ups) at this Show got lost at packing and forgot to bring along his usual speaker cable vibration-stabilizers/supports. It seems that only Rogoz Audio were capable at the request of Mediam, the exhibitor, to deliver an immediate substitute solution.

My recommendation? Certainly buy the Vox Olympian if you have the means, don’t buy on credit! Kudos to Kevin Scott for this unique achievement. 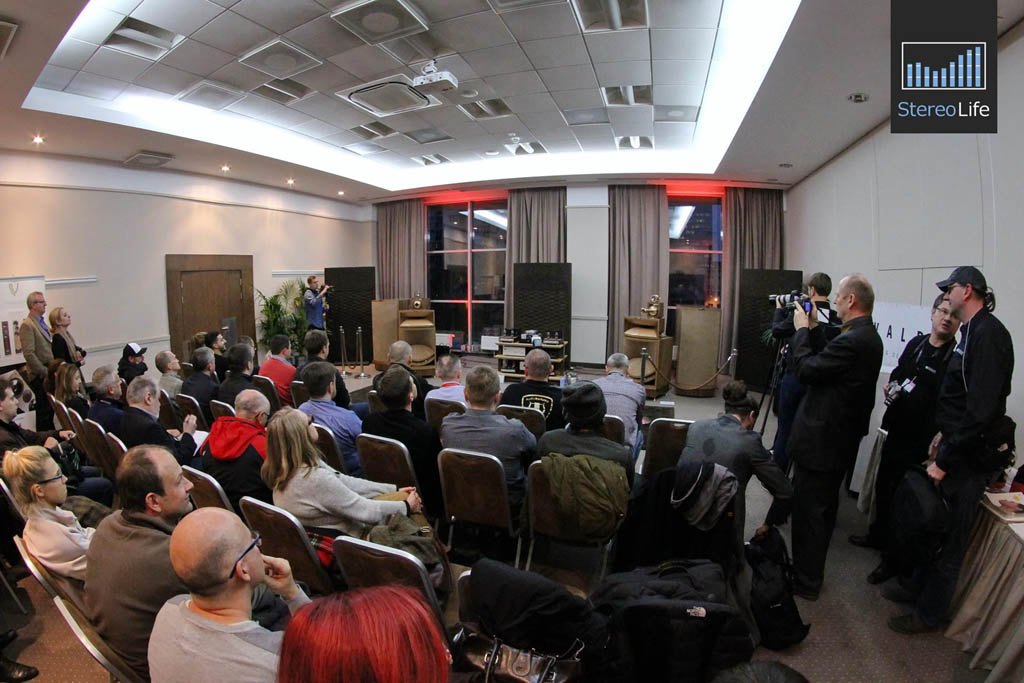 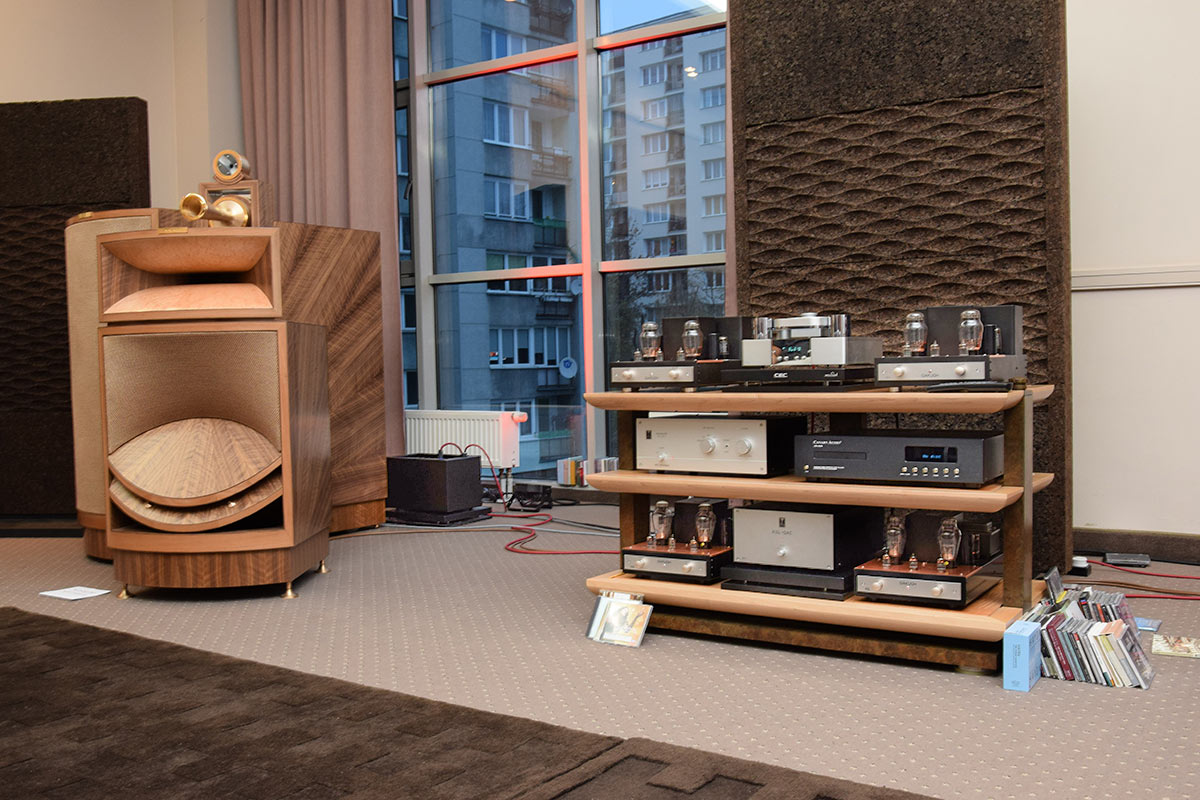 Harkening from the Land of the Rising Sun, the Rotel Michi P5 Preamplifier and Rotel Michi S5 Stereo Amplifier presented an imposing pair in my listening room. Weighing in at a hefty 50 lbs. for […]

Another show, another great show actually. It is useless pointing out how good of a show Munich has became in recent years. This is the place to be for everybody, starting from emerging realities and […]