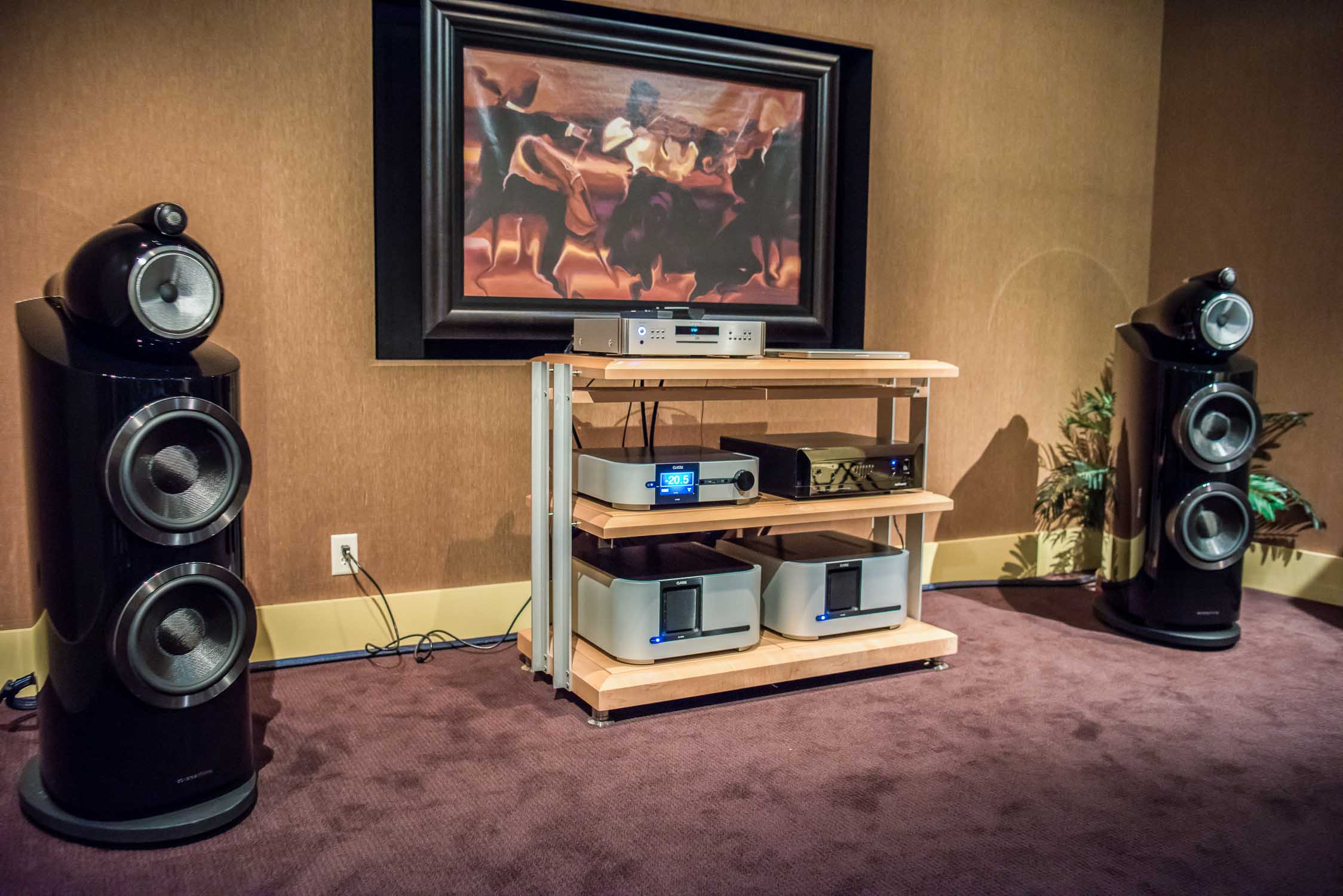 Let’s be honest, unless you’re an electrical engineer (like I am), power probably isn’t very interesting. But somehow Garth Powell, a lifelong audio engineer from AudioQuest managed to keep attendees on the edge of their seats as he jumped up and down about the AC power going into your system for a full 11 minutes (yes, I was timing him). At the end he was out of breath, panting, and if I’d had a fresh bottle of water I definitely would have handed it to him, along with an ovation. That mans has passion! I tried to find some analogies to compare him to, but “intensely passionate” returned search results that were umm… ok moving on. 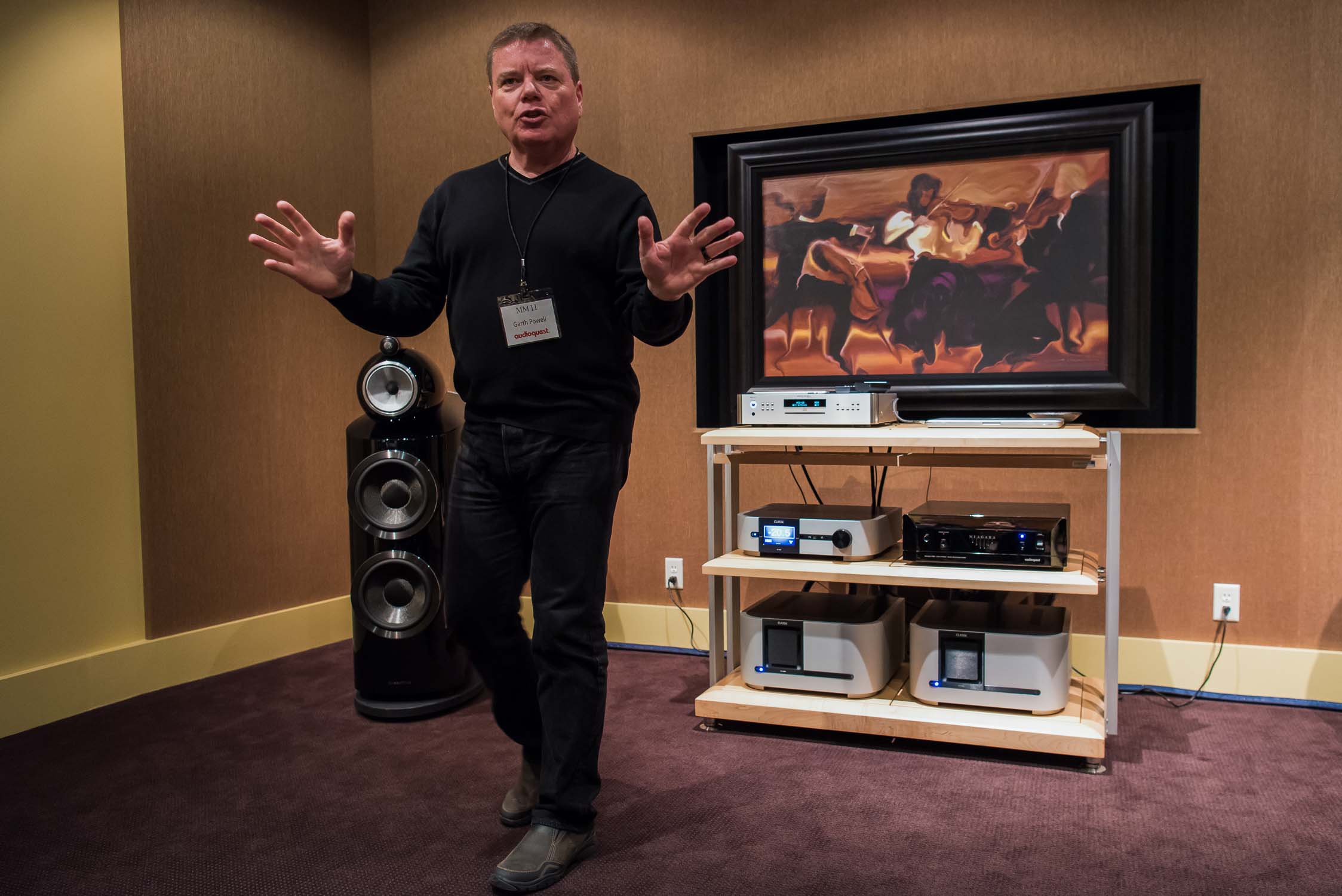 The short version. The power grid is noisy. It gets impacted by noise from our appliances, computers, servers, wireless devices etc. Garth believes that your audio signal can be lost, masked, or highly distorted by the vast levels of noise riding along the AC power lines that feed your audio components.

The challenge is how do you clean up your AC Power without limiting current? Over the last 3 years, the focus has been on how to address this problem. 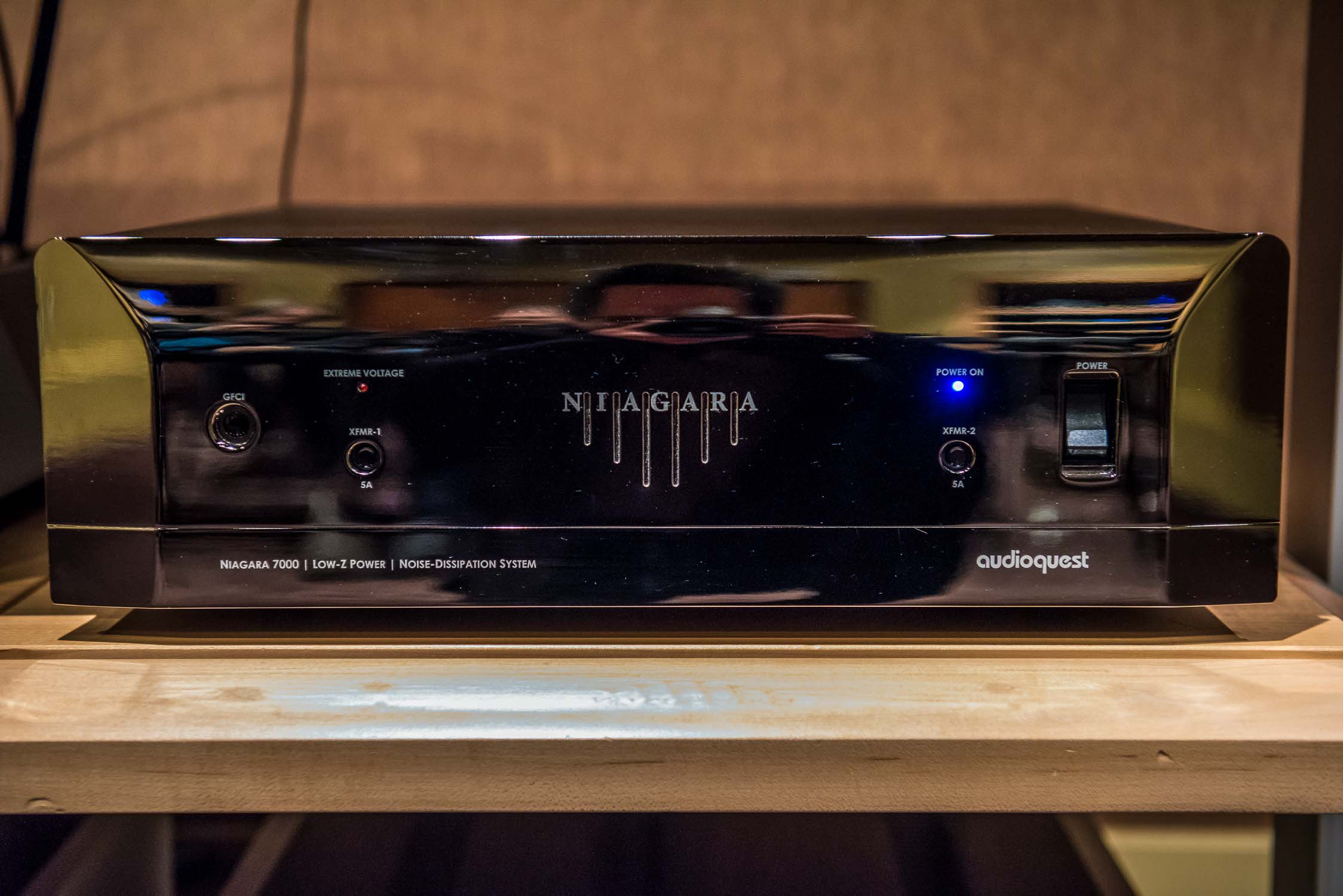 What separates the AudioQuest Niagara from other Power Conditioners is its ability to create a current reservoir. Garth explained that the Niagara can provide up to 90amps of peak current reserve. The current reserve is ready to support those fast transients that make your audio system engaging. Queue that rim shot on the snare drum!

The current reservoir feature is supported on 4 of the 12 outlets on the Niagara. 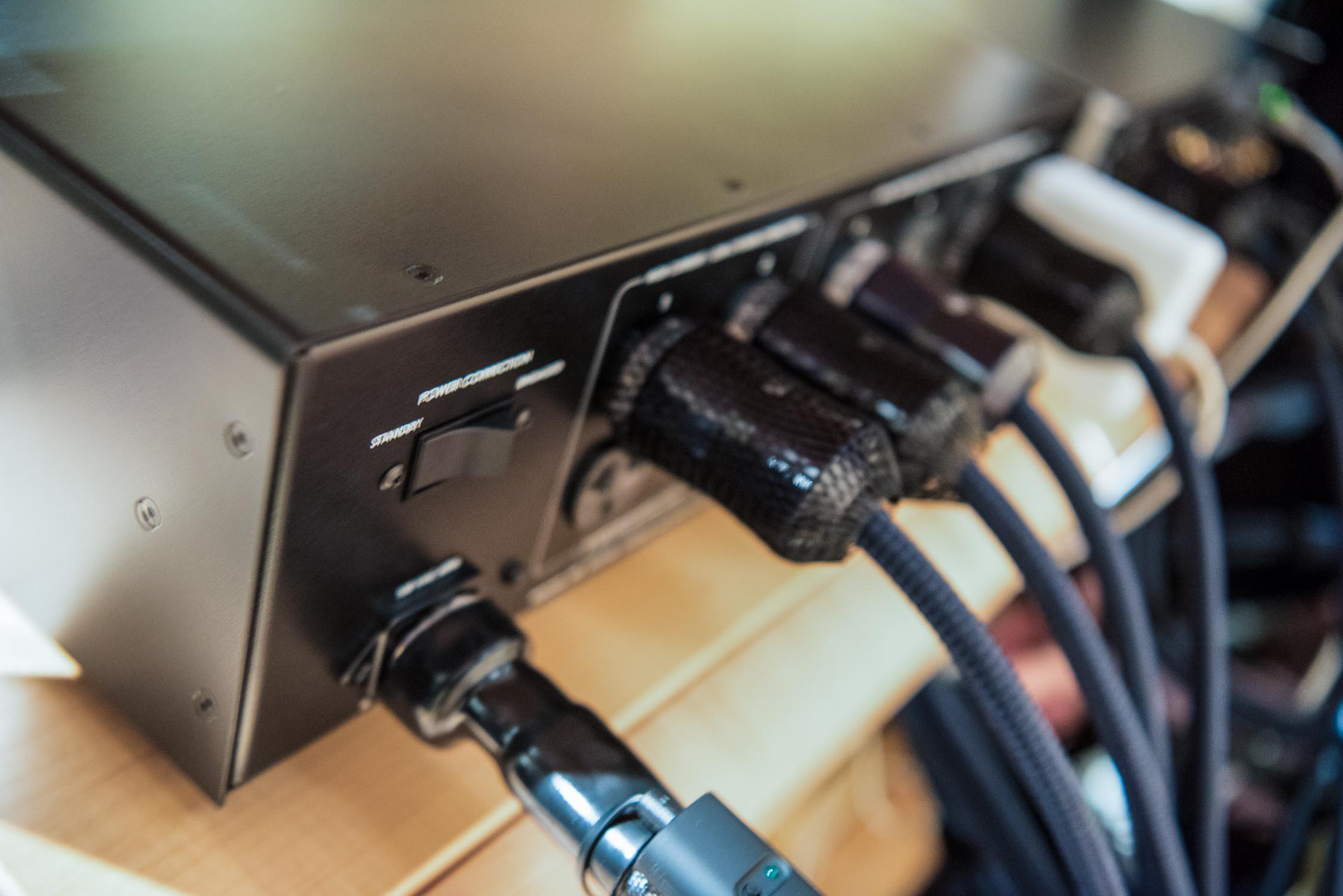 How does the Niagara sound?

How did it sound? It was definitely better with the Classé amplifiers connected via the Niagara. The backgrounds were “more black”. I also perceived greater dynamic punch, and almost as much as an octave on the top and bottom end.

The verdict: I believe more listening time is required, but it definitely caught my interest.

B&W is in a good place. It’s their 50th anniversary, and they are in the middle of the biggest launch in their company’s history as they roll out the 800 Series Diamond D3 generation of speakers.

But one actor is missing, the flagship B&W 800 D3 speaker. Although it hasn’t been released, B&W brought a prototype to Music Matters 11. Attendees were the first ever to hear it outside the factory! It will launch in July 2016 with an estimated price of ~ $30,000. 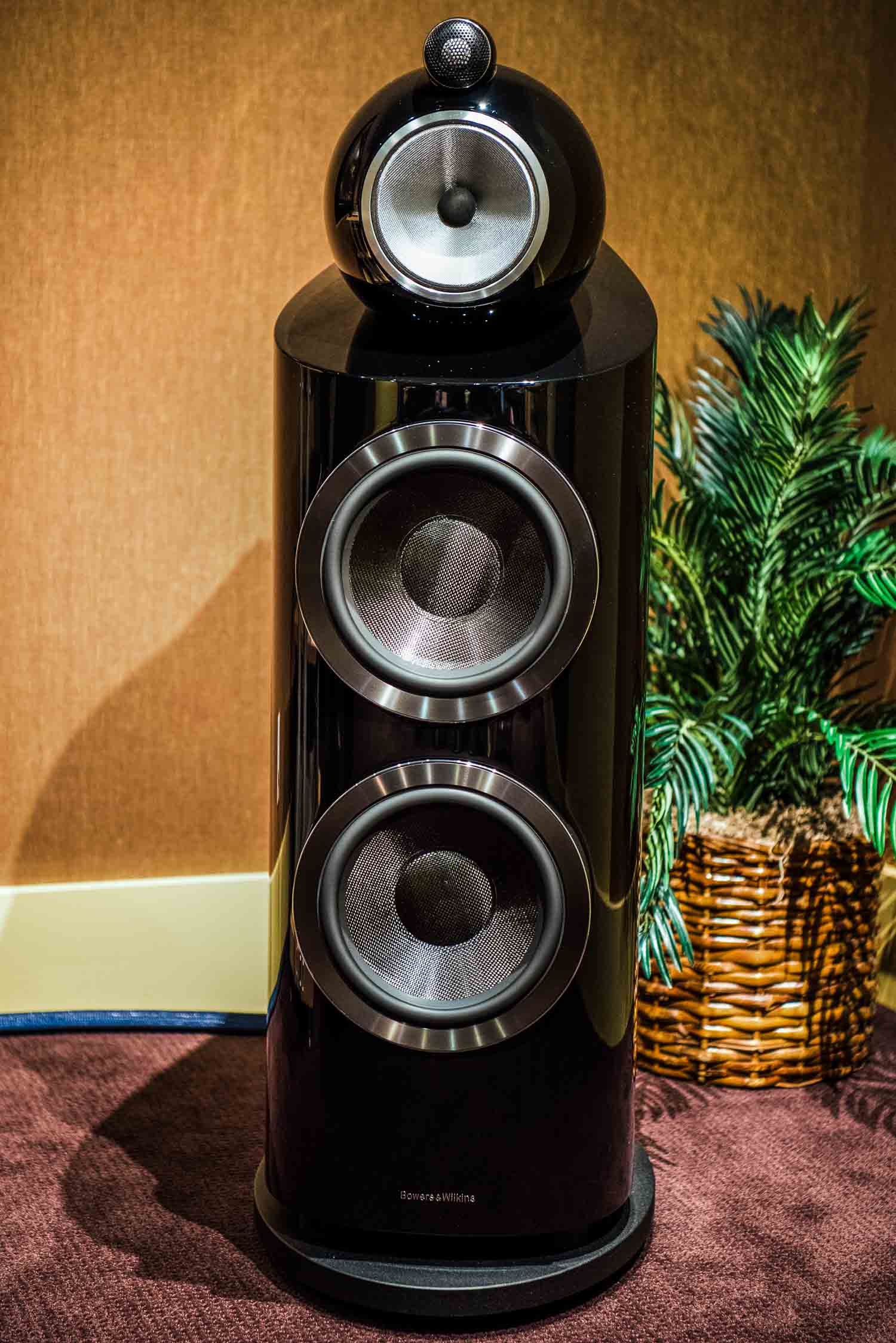 Everything! Dave Baker explained that there are 868 total new elements. Only 3 parts remain the same from the prior generation. Specifically, the diamond dome tweeter (with a new enclosure), the speaker binding posts, and one of the capacitors in the cross-over.

A big change is that long-standing usage of the bright yellow Kevlar cone is gone! 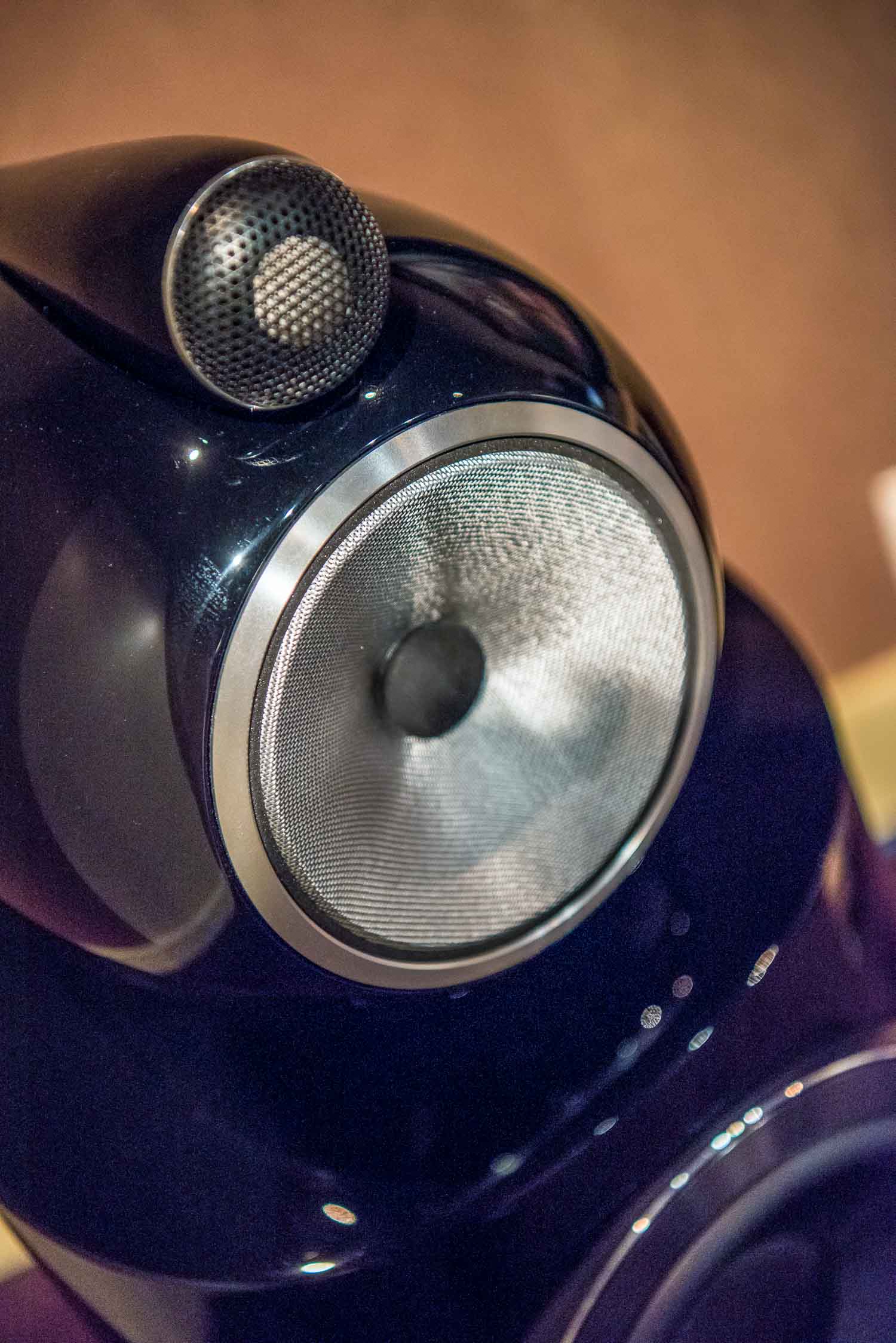 Over the course of 8 years of R&D for the D3, they found a better material. B&W calls it “Continuum”. It is a woven material like Kevlar, which helps break up the standing waves similar to Kevlar in the past, but does it better.

How did it sound?

My observation over the years is that B&W speakers have a signature sound, and listeners either love it, or it’s not for them.

During my 20 minutes of listening to the prototype 800 D3 speakers, I didn’t feel that way. Instead I heard something different. Something more neutral, refined, and extremely dynamic … I really liked it.

Dave Nauber of Classé Audio was the DJ at this point, and apparently he loves Beyoncé … those crazy guys from Montreal. He played a live track that probably made a few new Beyoncé fans in the room — it was engaging and dynamic. It fully demonstrated the speakers’ low octave capacity, showing speed, texture and ease. The low-frequency drivers almost did not move, making the speakers seem as though they were on an easy afternoon stroll. The combination of the B&W 800 D3 with the Classé amplification was a great match.

Another memorable track from Lhasa de Sela. The imaging was fabulous. A beautiful Xylophone on the left, Lhasa in the dead center, and background percussion providing wonderful low-frequency. The balancing across the top and bottom was impressive, with no masking of the mid-range.

If this is the performance now, with a just prototype, I think the 800 D3 will be the speaker to hear this summer.

There’s something about John DeVore’s loudspeakers that intrinsically connect me to the music. Jazz, blues, EDM, folk, rock, or pop… it doesn’t matter. The electron translations being performed by DeVore Fidelity designs – like the […]

AXPONA 2018: The MUST SEE Rooms of Day Three

Welcome to Chicago There are over 160 rooms and exhibits here at Axpona. Making this event the largest audio show in North America. For some this can be overwhelming and cause a bit of anxiety. […]

By Dr. Panagiotis Karavitis It is yesterdays news the fact that B&W bought the Canadian Classe’ Audio and since then the two companies work side by side, trying to create the perfect speaker- electronics match. […]