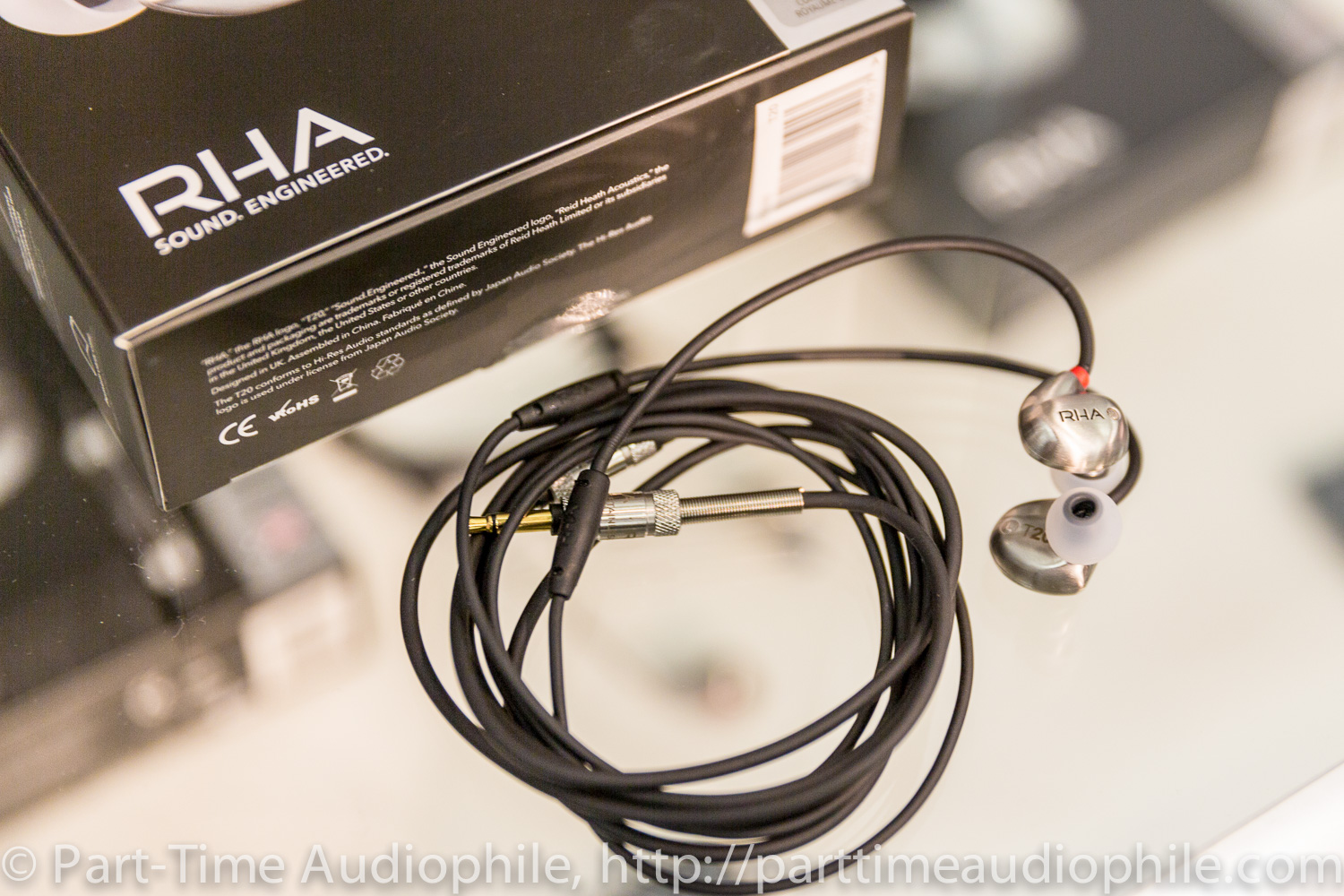 Reid Heath Acoustics, better known as RHA Audio, makes in-ear headphones … but then, you probably know that. These in-ear headphones, specifically the T10 ($189, $199 for the ones with the inline microphone and volume controls), earned all manner of respect from the personal audio crowd — and a boatload of reviews (a Google search returns something like 90k pages for “RHA T10i review”).

Those reviews — mostly raves — were interesting. There’s a lot of focus on the “filters”, which allow users to adjust the sonic signature from what I thought of as full and balanced, to tilt toward either the higher registers or the lower. There’s also quite a bit on the craftsmanship.

I’ve had a set of these in my jacket pocket for almost a year — they’re my go-to for my on-the-go audio needs. I take them everywhere and they’re great. That’s probably where a review should end, but allow me to unpack just a tad. The comments I’ve randomly culled from the Internet love-fest about the build are, perhaps remarkably, spot-on — the T10 actually feel like they’re worth something. Odd to say it that way, perhaps, but all-too-often, the construction of portable audio gear (especially gear pitched at the Apple Store shopper) is forgettable. Not with RHA. There’s nothing cheap here. The in-ear shell is crafted from metal — and it looks and feels like it. Yes, again, that may be odd to say but take my word for it. This particular device has some weight to it. Heft. On quick reflection, this might not be the kind of thing you’d actually want in your IEM, but trust me, it’s not a big deal. Except when you’re fiddling with them, taking them out, or putting them away. That’s when they feel expensive. The cable is extremely flexible but a little thicker than average, and has enough spring to make tangles unusual. There are also, oddly, about 500 different included ear pads, so you can customize the fit to your personal preferences.

The sonic signature is very smooth, even, and — dare I say it — refined. I don’t like either of the two extra filters that are included; given the number of ear pads, this all feels a bit like a product that’s just trying too hard. My recommendation is to skip them both — the bass-heavy one muddies the mids and the treble one thins out the bass. Not much in either case, but it’s enough to tell you that the “reference” one is the one to stick with; I did, and have been extremely satisfied.

They’re not exactly neutral, no. Even with the “reference”, the sound is a little more bass-heavy than an Ultimate Ears Reference Monitor, but still, it’s not like it’s Beats or anything. I think the sound is engaging, and a nice counter especially when your source sounds a little thin — like, say, an iPhone.

To be honest, this was not what I expected. I mean, it’s maybe not all that weird for an audiophile IEM (you’d kind of hope that this would be the baseline), but I hadn’t really grasped that this was what the T10 was attempting to be. Again, being honest, I was thinking “audio jewelry” not “audiophile jewelry”. Who knew? I think the T10 is not only easy to recommend, but a product that even an enthusiast can get behind.

Then, there’s the T20 ($239 on Amazon; add $10 for the audio mic and volume controls for your phone). This is a new approach from RHA and sports a whole new driver, this one featuring two voice coils, each operating independently and manipulating a different part of the diaphragm, in effect, creating two drivers out of one. I think this is a wacky way to get a dual-driver mechanism, but the net effect is undeniable — the T20 is both clearer and more engaging than it’s “simpler” sibling. It’s also a bit more neutral, sonically — more air, less congestion, and a bit less boosted down low. Bass is more balanced, more “even”, but also more articulate — punch with less muddle. Like the T10, the T20 can be modded to taste by swapping out the filters for one that de-emphasizes bass, or one that de-emphasizes the treble. Me, I still like “reference”. And the construction, like the only marginally less expensive, is just as bullet-proof: the same chunky metal housing, and the same thick-but-flexible cable (which is now black). As much as I like the T10, the T20 just outclasses it. It’s a 20% uplift, true, but this is a $40 that’s particularly well-spent.

Get it and don’t sweat it.

Triode Wire Labs, run by the eponymous “Triode Pete” (aka Pete Grzybowski) was a company recommended to me very highly by my fellow PTA staff members. That included both Scot Hull and Marc Phillips, who […]

The Far Corners: Getting Deep into the Groove with the Spoltaire Phono Cartridge

By Modest I. Predlozheniye “If you knew you could play your favorite album or the most valuable record in your collection and have it sound more beautiful than you have ever heard before with more […]

The LFD NCSE Mk. 3 integrated amplifier (website) has no remote control. Nor does it have XLR inputs or outputs, a home theater bypass switch, 12V trigger operation, a built-in DAC, a wide range of […]