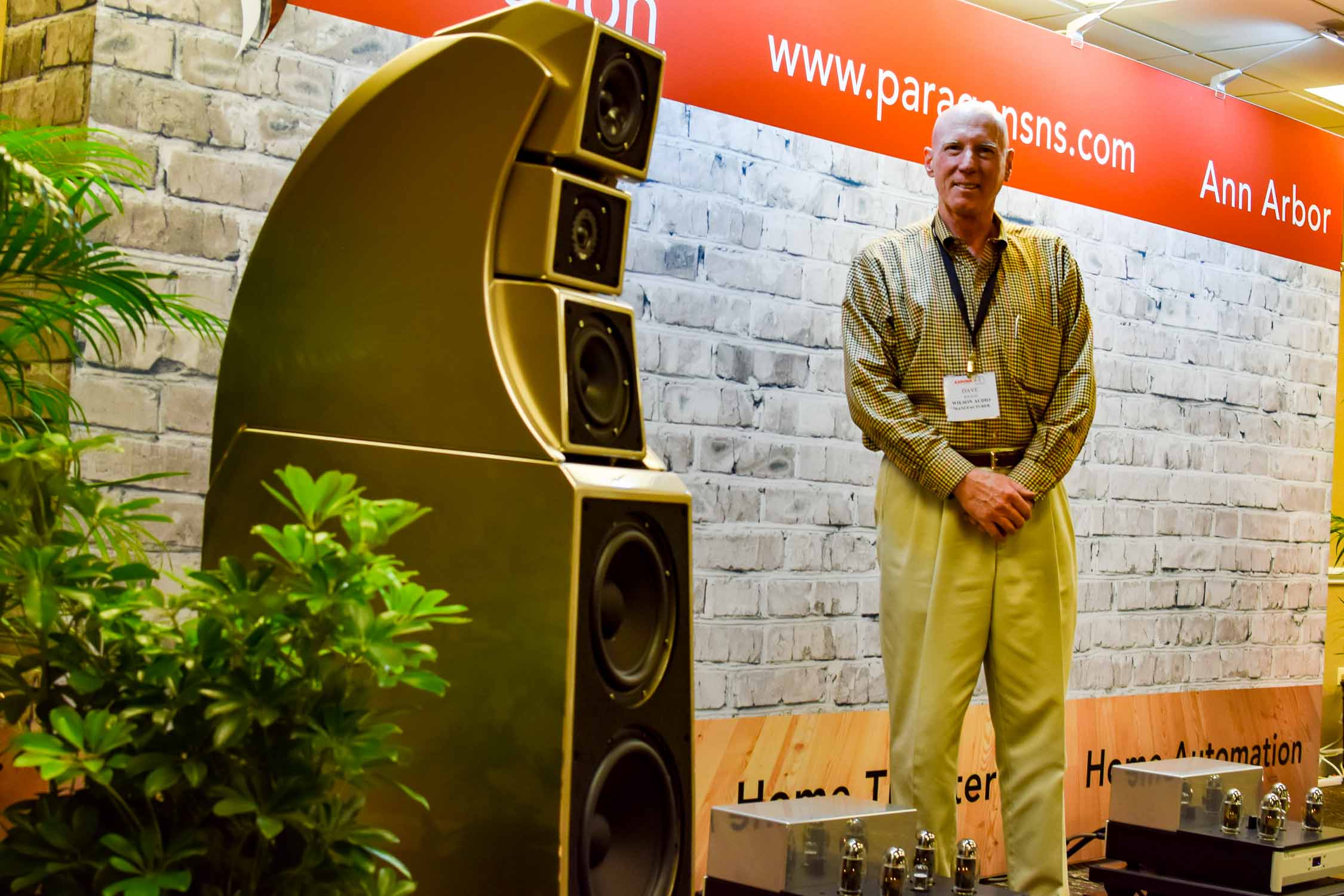 Arriving at the Chicago Westin O’Hare Hotel a day early for AXPONA 2016, I encountered boxes and crates everywhere.

Despite a typically windy afternoon in the city, there was no chance any of this gear blowing down the street, as entire teams of sturdy men were required just to lift some of the individual items from the backs of trucks and onto dollies and carts.

Still hidden inside those boxes was the current state of the art in audio technology, the stuff dreams are made of — my dreams, anyway. And this weekend, April 15-17, I’m sharing that obsession with several thousand other like-minded lunatics.

And while there will be plenty of hulking products on display here, the show itself is turning into a heavyweight contender. Just in its seventh year, the staff of Audio Expo North America has been working hard to create an event with its own identity and unique attractions.

The effort seems to be working. The Westin sold out more than a month in advance and ticket sales have been brisk.

“We running about 30 percent ahead of last year,” said Liz Miller, event director. “We are expecting more than 3,000 unique visitors.”

The industry also has reserved a record 111 rooms to display its gear. And some of the big players are using the show to unveil new designs.

One much-anticipated demo is Wilson Audio’s new Alexx. The large floor stander fits into the company’s lineup just below its no-holds-barred statement speaker, the Alexandria XLF.

As is my habit at audio shows, I quietly crept up to the Wilson/Paragon Sight and Sound room on Thursday evening before the show started. As I approached, I could feel pealing organ music vibrating the walls. I waited for the piece to end, and then quickly tapped on the door.

Paragon’s David Watson eyed me warily. “Why don’t you come back tomorrow for the press demo?” he suggested.

“Just a few minutes? I won’t be a pest,” I pleaded. But Watson wasn’t having it.

I glanced inside. Nick Doshi, the talented engineer who makes some of the world’s best tube monoblocks, was in back of the room, talking with the man himself, Wilson Audio founder David Wilson.

“Nick … I know Nick! And I met Mr. Wilson once at a Stereophile show,” I countered.

Finally, I could see Watson’s resolve beginning to fade. He was probably thinking it was easier to let me in than to continue to watch a grown man beg. Watson motioned me forward.

I took a position in the back corner of the room and glanced at the towering, yet graceful Alexx speakers. Finished in gleaming metallic silver, they shared the same “praying mantis” appearance of Wilson’s existing larger transducers, with adjustable modules on top for the midrange and tweeter.

Wilson was dialing in the units and going over possible demo tracks for the next day. It was fascinating to watch, as every minute detail was carefully considered.

And, although I promised the executives I wouldn’t write about the sound of the Alexx until they had them tweaked to a fare-thee-well on Friday, I can say the snippets of music I heard gave me goose bumps.

As the Wilson and Paragon folks wrapped up their work for the night, I gathered my courage and approached David Wilson. I congratulated him on the new design and asked him about some of the goals behind the project.

One of the things Wilson mentioned was his team’s decision to use a midrange-tweeter-midrange configuration in the Alexx.

“This helps us achieve a seamless sound in the mid and upper frequencies,” he said, “It also helps with time alignment.”

After much testing, Wilson chose separate 7-inch and 5 1/4-inch drivers to cover different parts of the middle frequency range. The tweeter is the very smooth, yet detailed 1-inch silk dome unit that the company has been integrating into speakers throughout its lineup using for the past few years.

The low end is handled by a formidable pair of woofers — a 10 ½-ich unit and a 12 ½-inch driver that mix heft with accuracy. These two speakers are housed in the sealed bottom part of the cabinet. A port further enhances efficiency.

As in other recent Wilson designs, heroic efforts have been made to tame vibration. This is impressive attention to detail when you consider that these speakers shouldn’t be moving around much in the first place — each Alexx weighs a chiropractor-pleasing 452 pounds.

As Wilson and I walked to the door, I mentioned to him that no matter what type of music the Alexx was playing, it seemed to be doing it well. The new product is definitely not a “classical” speaker or a “rock speaker” — it is both, and sounded pleasing with opera, acoustic music and jazz as well. This achievement, for a speaker builder, is not as common as you might think.

“We design our speakers to be accurate,” he explained. “We pay attention to the measurements. If the design is good, it should be able to play anything well.”

I left Wilson and his team near the elevator and returned to my room, filled with anticipation for what the weekend would bring. Check back at the Part-Time Audiophile often to keep up with our coverage, which at the insistence of certifiably insane publisher Scot Hull means room-by-room reports with plenty of photos.

I’m tired just thinking about it, but it is a good kind of tired. With this much gear in one place, who needs sleep? 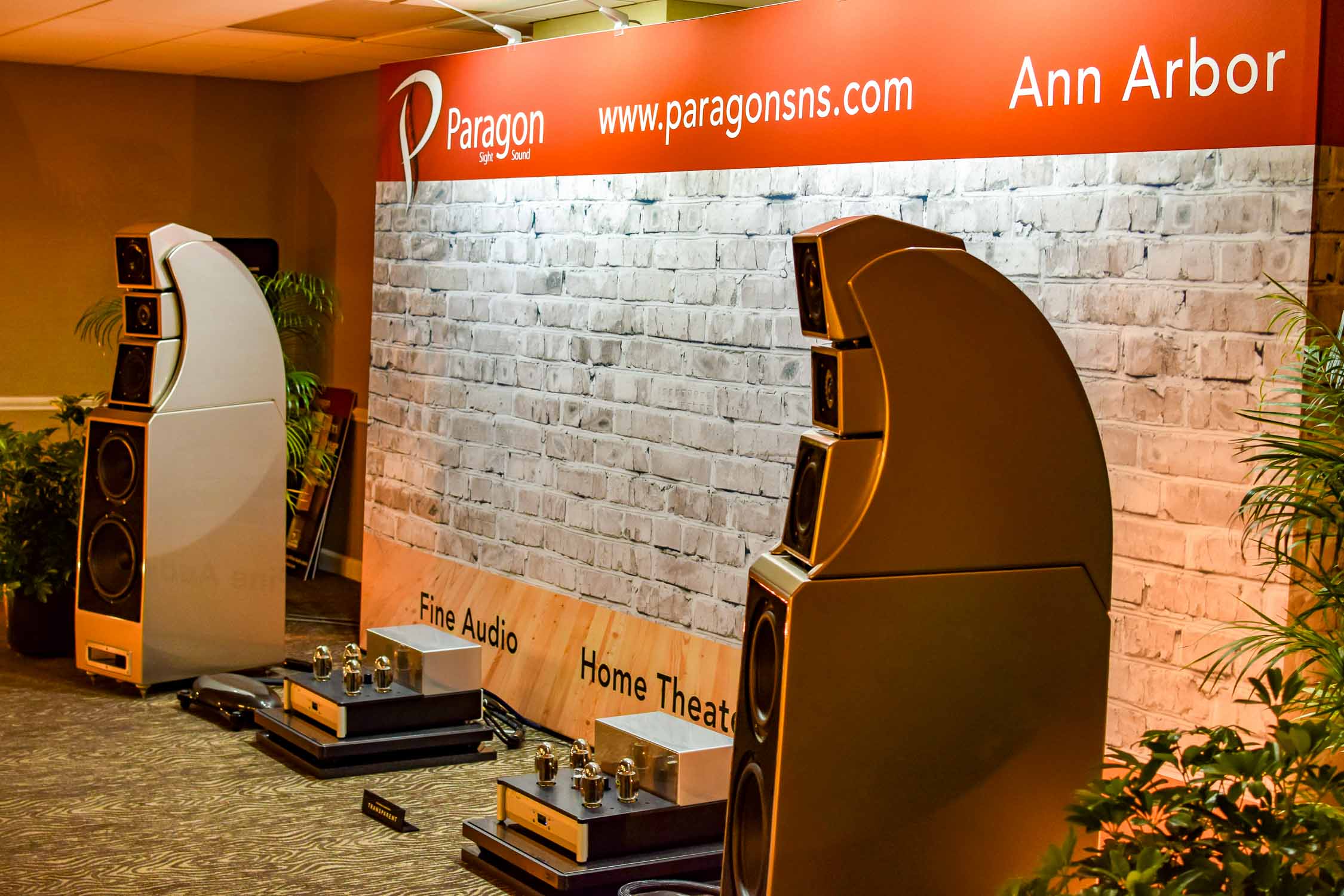 Picking the best audio component of the year is kind of like pondering your ultimate list of girls to ask to the high school prom. There are many very attractive choices, but probably a much […]

by Paul Elliott Voxativ has continually made big statements at Audio Shows. Last year at Rocky Mountain, CEO Holger Adler showed what I thought was the most beautiful amplifier ever produced. The Voxativ T805 integrated amp […]

A photojournal by Eric Franklin Shook A truth I’ve found: the host of the room sets the mood. This cramps the monotony one might expect when attending an audio show. Let’s take a walk ….