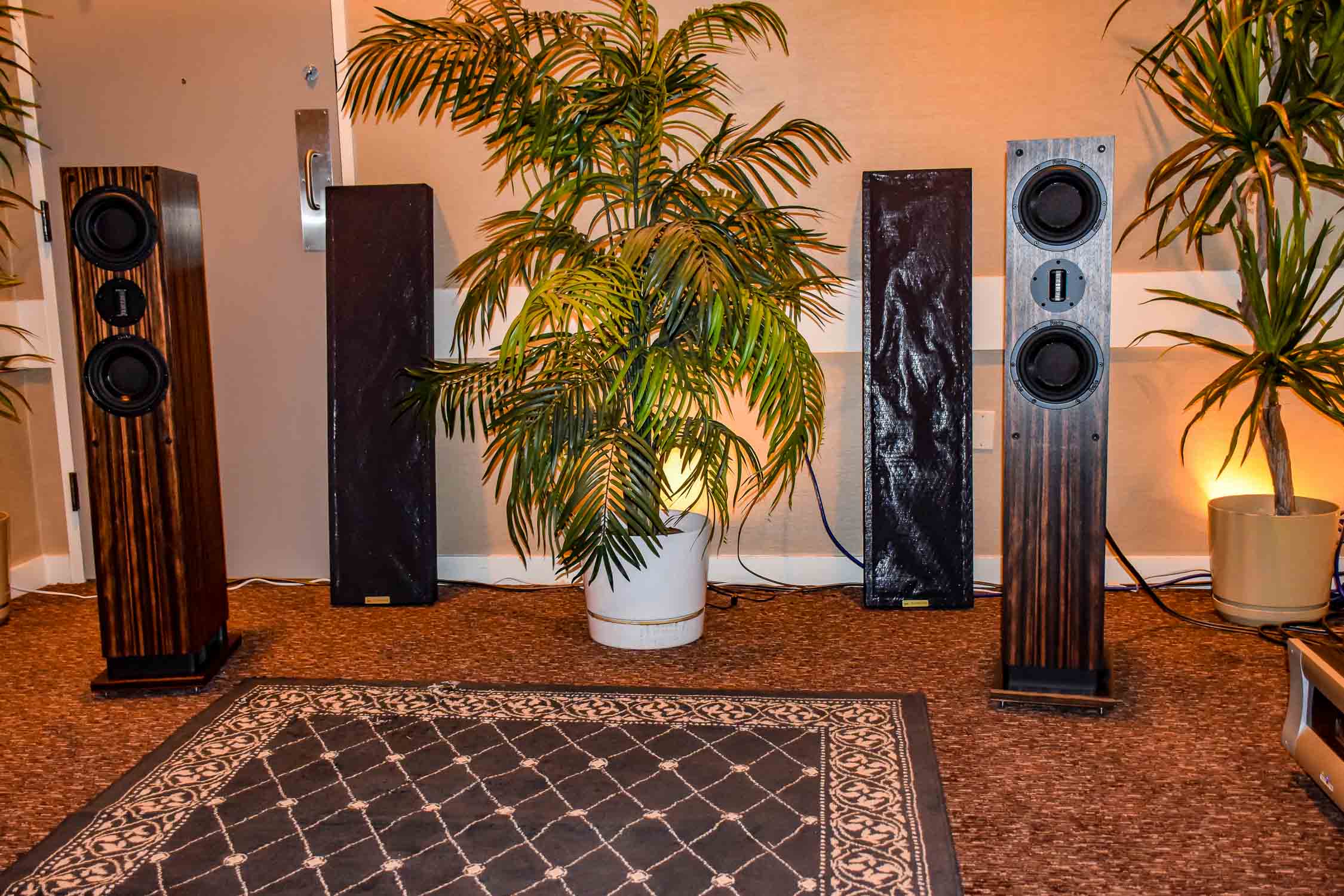 Every audio show, I find a couple of rooms that I could hang out in all weekend if not for the Esteemed Editor’s stubborn insistence that I also do my job of helping cover the rest of the event.

At AXPONA 2016, one such room where I, given my druthers, could have made a real pest of myself was hosted by Vacuum Tube Logic’s Luke Manley and Pro Musica’s Ken Christianson.

As it was, I kept returning to try a few more of my test CDs and also check out what happened to be playing, which always was something gorgeous.

On my first trip to the room, I was seriously smitten by a live recording of the late, great Charlie Haden. His bass tones sounded full, rounded and tuneful, just as I’ve heard him in concert.

“This is great. I’ve never heard this performance,” I said to Manley. “It’s Ken’s — he recorded it,” the VTL leader replied.

Indeed, Christianson was sitting on a chair next to a turntable, smiling. “It was done at the old location of the Jazz Record Mart here in Chicago,” he said.

The venerable record store, which has been the cause of serious credit card damage on several of my trips to town, turned out to be a fine acoustic venue for recording. Christianson also knows a thing or two about capturing music, teaching audio engineering at Columbia College and producing acclaimed albums for True Stereo Recordings when not running local retailer Pro Musica.

I’ve always respected the abilities of ProAc loudspeakers more than I’ve really loved them. But with VTL in the chain, the Response D48Rs were nicely balanced and, dare I say it, addictive. And they were part of a total system costing a not-unreasonable (for the high-end) $67,545. I saw cables alone over the weekend that cost twice that or more.

Manley and Christianson couldn’t have been nicer during my multiple visits, answering questions and interrupting their own demos to play some of my music. It’s a good thing, for Christianson’s sake, that I live 10 hours by car from Pro Musica. Otherwise, he might never get me out of his store.

The HECO BellaDonna A behemoth of a bookshelf monitor that isn’t even listed on the HECO-USA website. To see it, one has to visit the HECO Germany website to learn more about this hulking standmounter. […]

UK high fidelity manufacturer, and turntable-design legend Rega has just released an update to it’s highly-capable RP6, and following the form of the last couple years with other turntable upgrades in the line, it is […]

The Best Turntables [Editor’s note: Welcome to the Part-Time Audiophile Buyers Guide for 2021! This year we decided to mix it up a little by breaking up the Buyers Guide into sections, which makes it […]