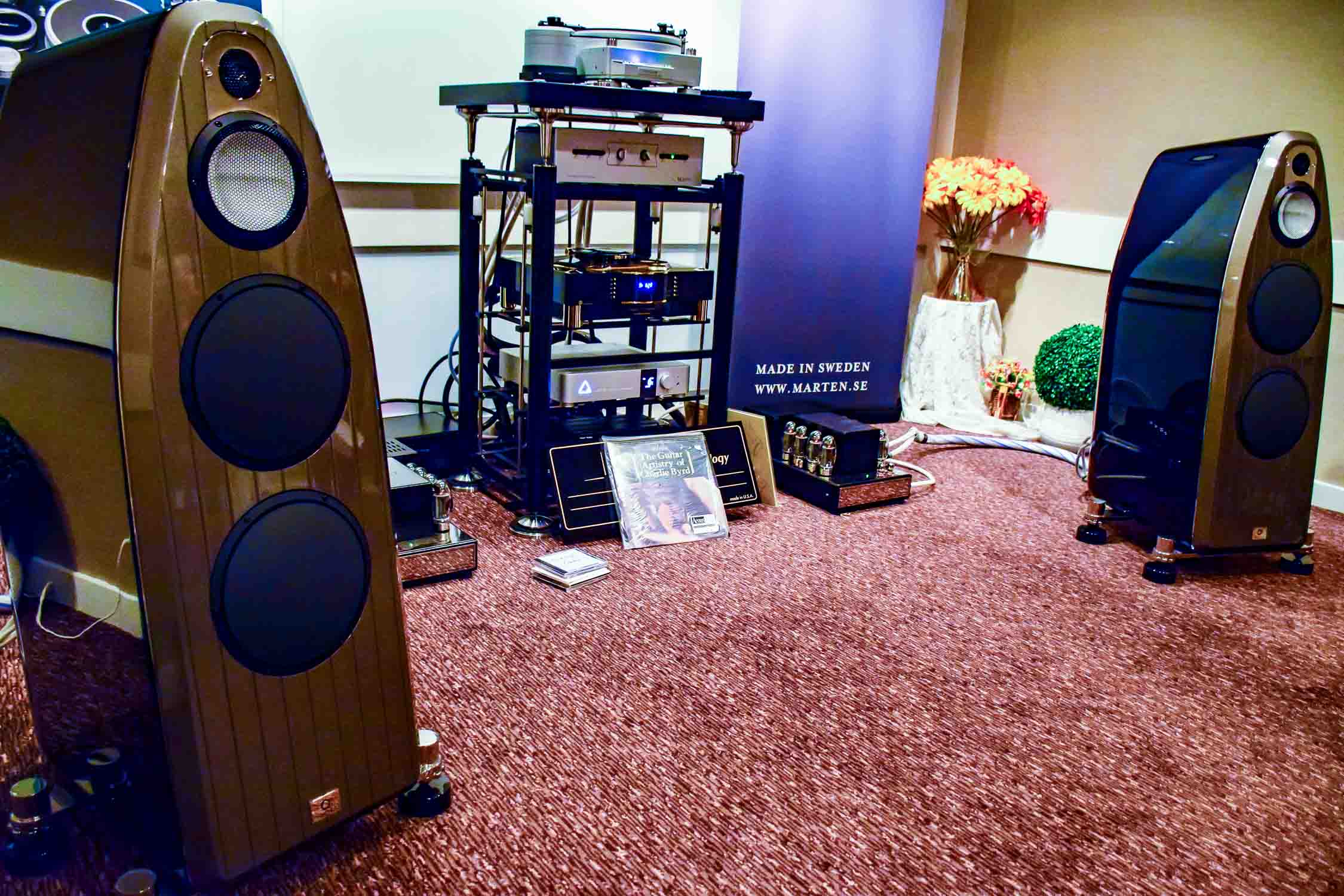 It’s not often you attend an audio show demo where a song’s actual singer shows up for an impromptu live versus Memorex moment.

Just such an unlikely event has happened to me twice in the last 18 months, though, both times thanks to the irrepressible jazz vocalist Lyn Stanley.

At the 2014 Rocky Mountain Audio Fest, the artist popped into the Valve Amplification Co. room just as her second album, “Potions,” had begun to spin. Stanley responded by treating me and a half-dozen others in the room to a brief sing-along.

In Chicago at AXPONA 2016, Stanley followed up a record-signing appearance at the Elusive Disc in the lobby with a visit to the Kyomi Audio installation on the lower level.

You have to hand it to Stanley, who may be, if not the hardest-working modern jazz performer, certainly the most determined. Becoming a singer only a few years ago after career stints in dancing and advertising, she self-funds her audiophile-quality albums and markets them as a whirlwind, one-woman promotional force.

In the Kyomi room, the glamorous Stanley cut loose with plenty of stories (including getting permission to use Frank Sinatra’s microphone at Capitol Studios), dancing, and, of course, singing. She accompanied an entire side of her album, including sultry takes on “Last Tango in Paris” and “Whole Lotta Love.”

The Marten-CAT system did a remarkable job, with Stanley’s recorded vocals faring quite well in comparison to the real thing. In particular, the loudspeakers conveyed how much Stanley’s phrasing, pitch and breath control have improved since her debut.

The sound of the piano, played by Mike Garson, accurately captured the David Bowie sideman’s tone and spirited attack. Bass, meanwhile, was full and audible down to the lower depths.

Lyn Stanley in the flesh is a hard act to follow, but Kyomi pressed on with impressive recorded cuts from Charlie Byrd and John Lee Hooker. No matter whether the performer was physically present to not, the system approached the real thing.

AXPONA 2018: PranaFidelity, a one man powerhouse of sound

The Story Fresh and original, much of the story from here forth revolves around that feeling. Steven Norber is not only the founder of PranaFidelity, he is also their head designer. Prana is unique for a […]

I haven’t been to many audio shows. My first was the Capital Audio Fest in 2010. I suppose you could say that it got me a little curious. The show was in its first year, […]

With a clearer picture of the Coronavirus vaccination schedule in view, AXPONA has decided to adjust their upcoming show schedule to better reflect an actual (yet cautious) return to some type of normalcy. AXPONA new […]