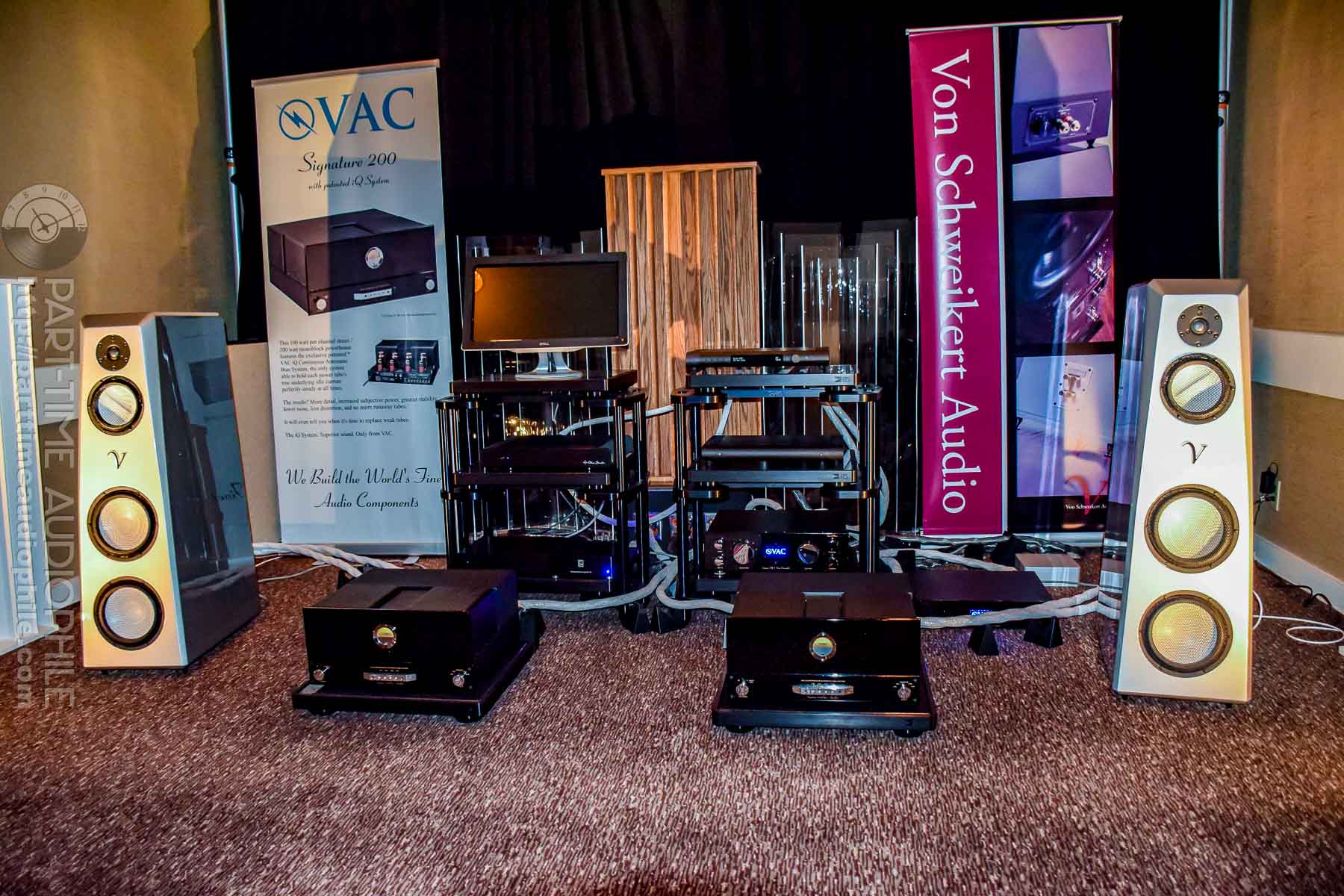 Usually in the high-end, “blue smoke” is not something you want to hear in the same sentence as “tubes.” Unless, of course, we’re talking about Blue Smoke Entertainment Systems and their AXPONA 2016 room, which featured gear from Valve Amplification Company.

Bass performance on this system was among the best at the show — deep and palpable, but without any bloat or migration into the lower midrange. Imaging also was impressive, as were the clean, extended high frequencies.

Overall, the VAC and Von Schweikert gear seemed made for each other, with both sounding even better than I remembered when paired differently at other shows. And that’s not blowin’ smoke.

AXPONA 2020 Moves Back To Original Dates

A week ago, JD Events, the team that brings to Chicago the excellent AXPONA high-end audio trade show every year, decided to move their epic beast to late October from April. This move made a […]

Johan Coorg and Dipin Sehdev are fixtures on the high-end audio show circuit, and for damn good reason — they put on one of the best demos going. With a wild disdain for decorum and […]

It was supposed to be a secret, but I met a guy at this place and he told me the thing. Appointments were required, but then, I’m awesome, so to hell with that. I showed […]