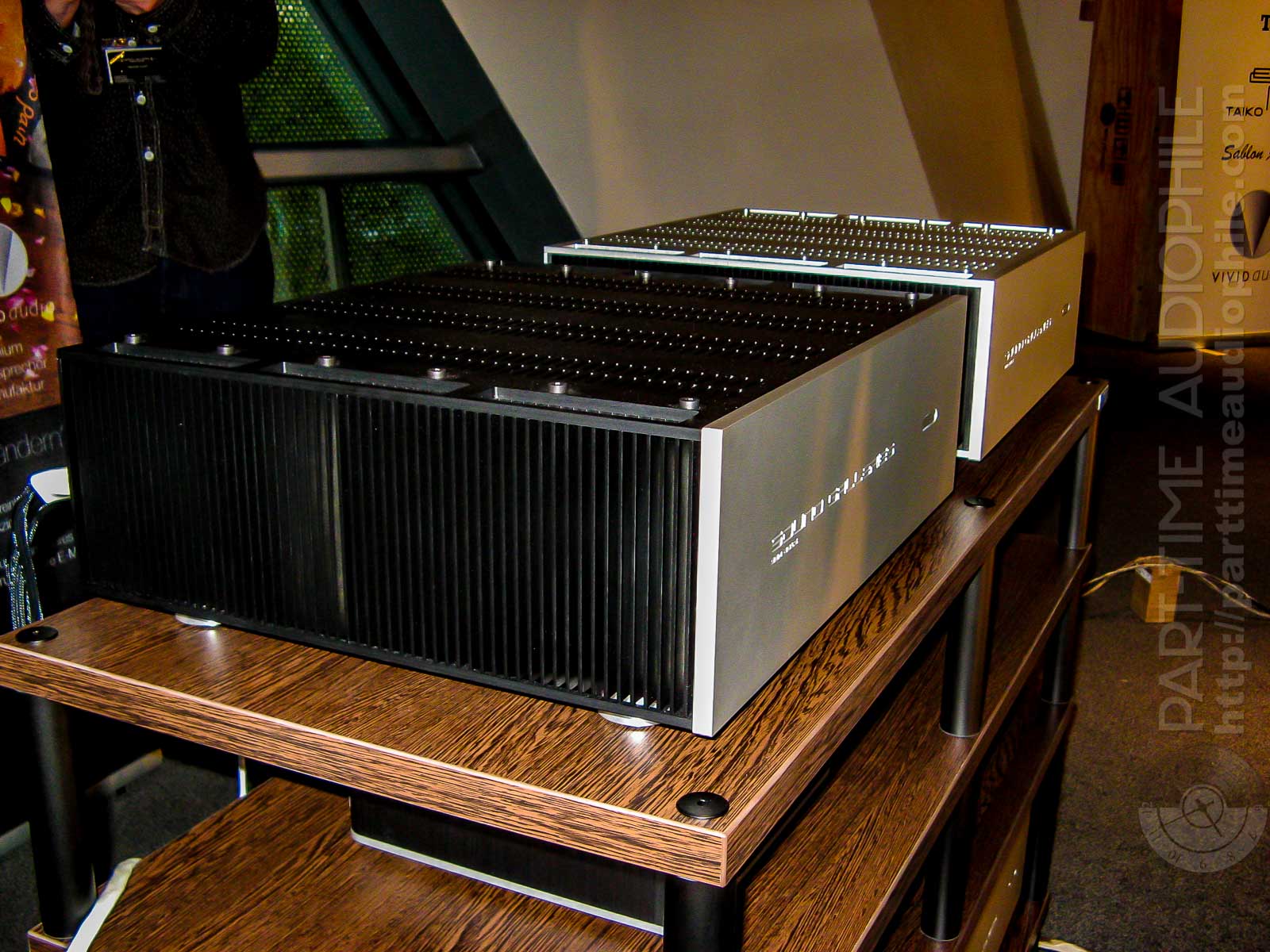 At BMW World, far away from the hustle and bustle of Munich High-End, the Sound Galleries team presented their own developed SGM-2015 music server. The quietness of the event venue, with its large size, allowed the auditorium to deeply demonstrate the fine details presented by this system.

Unlike many competing, products the SGM uses DSD512 instead of PCM, resulting in an unprecedented dynamic performance, precision and resolution. The SGM2015 delivered data to the new T + A DAC 8 DSD which was connected to Taiko Audio mono blocks. Taiko Audio also manufactures the housing of the SGM2015. The Vivid Giya G1 served as the loudspeakers. The cabling was supplied by Sablon Audio. This fine selection (of components) made a convincing case for purity. 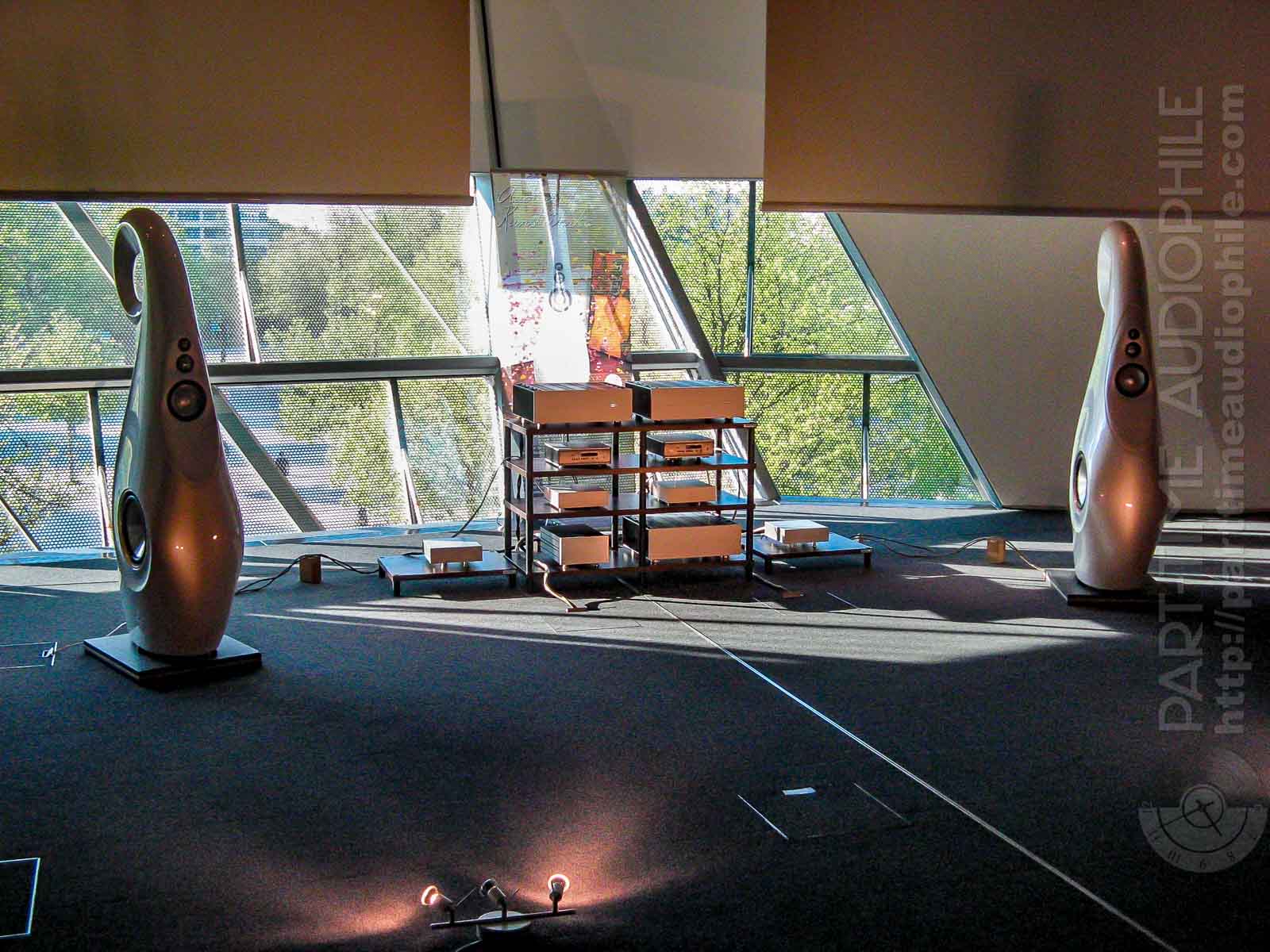 The first listening experience was overwhelming. I’ve never heard stereo music as authentic and realistic. Everything sounded crystal clear, smooth sounds floated through the darkened room, pleasing to the ear, seduced into a world from which it does not want to escape. Seldom is music experienced as relaxed as here. It did not matter what kind of music was played, genres — from jazz to classical, percussion on up to the reproduction of the human voice — everything sounded open and pristine.

This was followed by a few selected pieces of music to demonstrate the potential of the exceptional stereo system. One of the pieces played was Livingston Taylor’s cover of Stevie Wonder’s “Isn’t she lovely”. With great brilliance and purity, a crystal clear voice was reproduced, with every vibrato heard. Before the mind’s eye, you could see Taylor singing on the stage.

Next came, the famous Beatles classic “Let it Be”, played by Joshua Redman. Mellow and soft sounds of the saxophone filled the room with the pleasing, and authentic sound of the sax. Inevitably one is moved to close the eyes in order to devote oneself entirely to the music, all the senses fully concentrating on the breathtakingly beautiful music. In your mind, you see a Joshua Redman playing his sax, see the flaps open and close, and the glint of brass in the gentle spotlight. Every sound, close enough to touch, and yet so far. 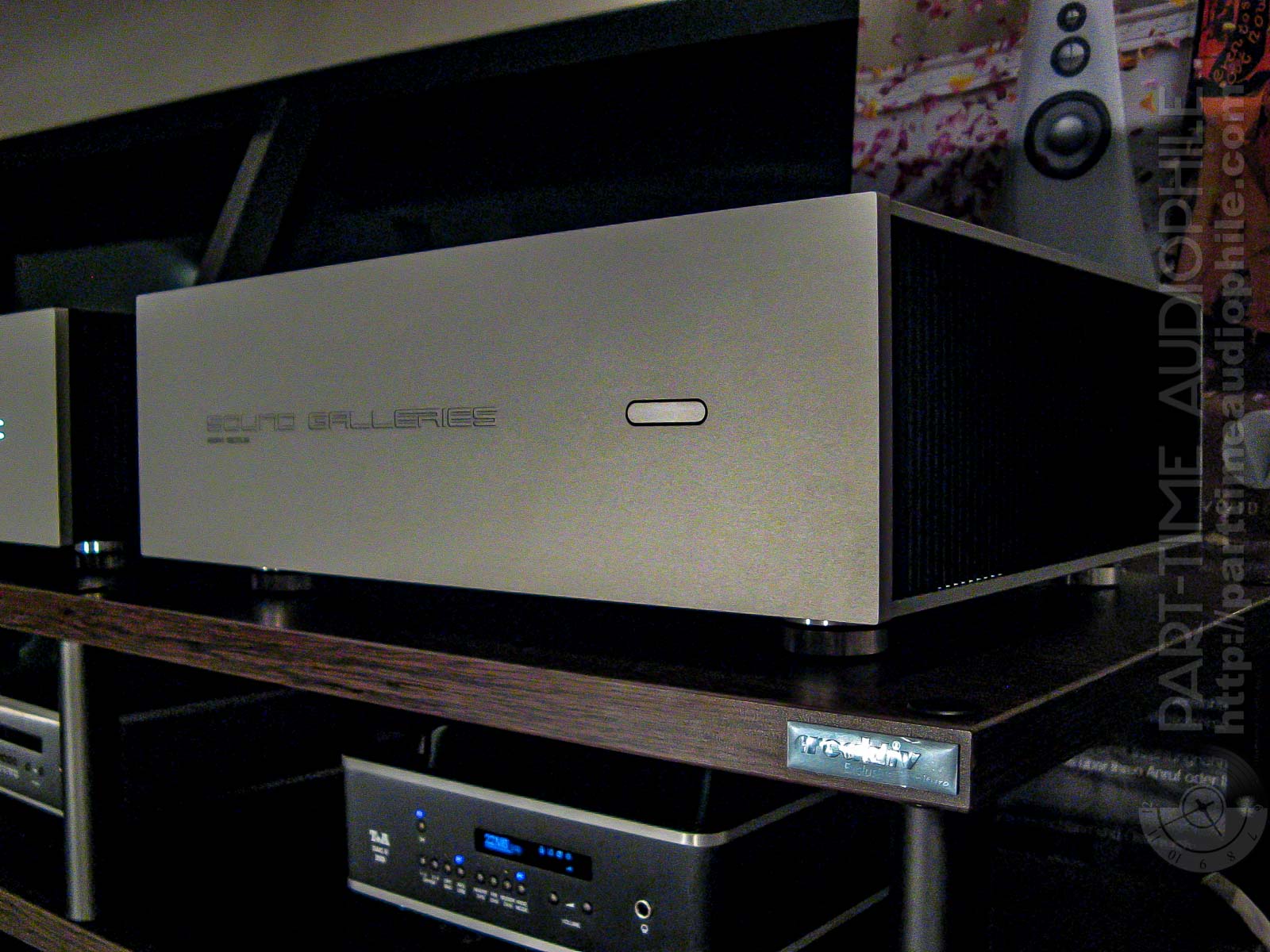 With Judy Collins “Amazing Grace”, one had goosebumps on hearing the first notes of her voice, which became even stronger as the harp started to play. One gently heard how the sounds of the harp flattered and underlined the voice of Judy Collins, you could hear how the strings were plucked and how the tones spread through the harp. One was carried by the music through space until the last tone slowly and softly faded away. After the decay of the last chord, you needed to take a few seconds to grasp how an intense journey you just found yourself on, and then one returned to reality.

Next came Etta Cameron’s “A Wonderful World” . Tender tones of magic enveloping the space, carrying the listener to another world, far away from everyday stress. The world gently vanishes as the mystical sounds draw the listener deeper into its spell. Etta’s voice sounding warm and soft, tenderly infusing through one’s skin. Every shade of Etta’s voice was distinguishable.

The development by Sound Galleries of the SGM2015 appears to have moved today’s frontier of music reproduction, which can only be surpassed by attending a live concert with a first rate orchestra.

AudioNec pours on the omni-directional love, is there anything really better than a VAC preamp, Linear Tube Audio serves up the power, Lampizator brings the warm glow, Taiko Audio brings the tunes, Final Touch Audio […]

This was an absolutely superb room presented by Music Lovers, a local dealer with not one but TWO Bay Area locations (one in Berkeley, one in San Francisco proper). The Vivid Giya G-3 speakers ($40,000) […]

This was not a good day. Immigration officials in Cuba had brought an American and two Canadians in for questioning. Their paperwork was not in order. Rules had been broken. They had been doing work […]