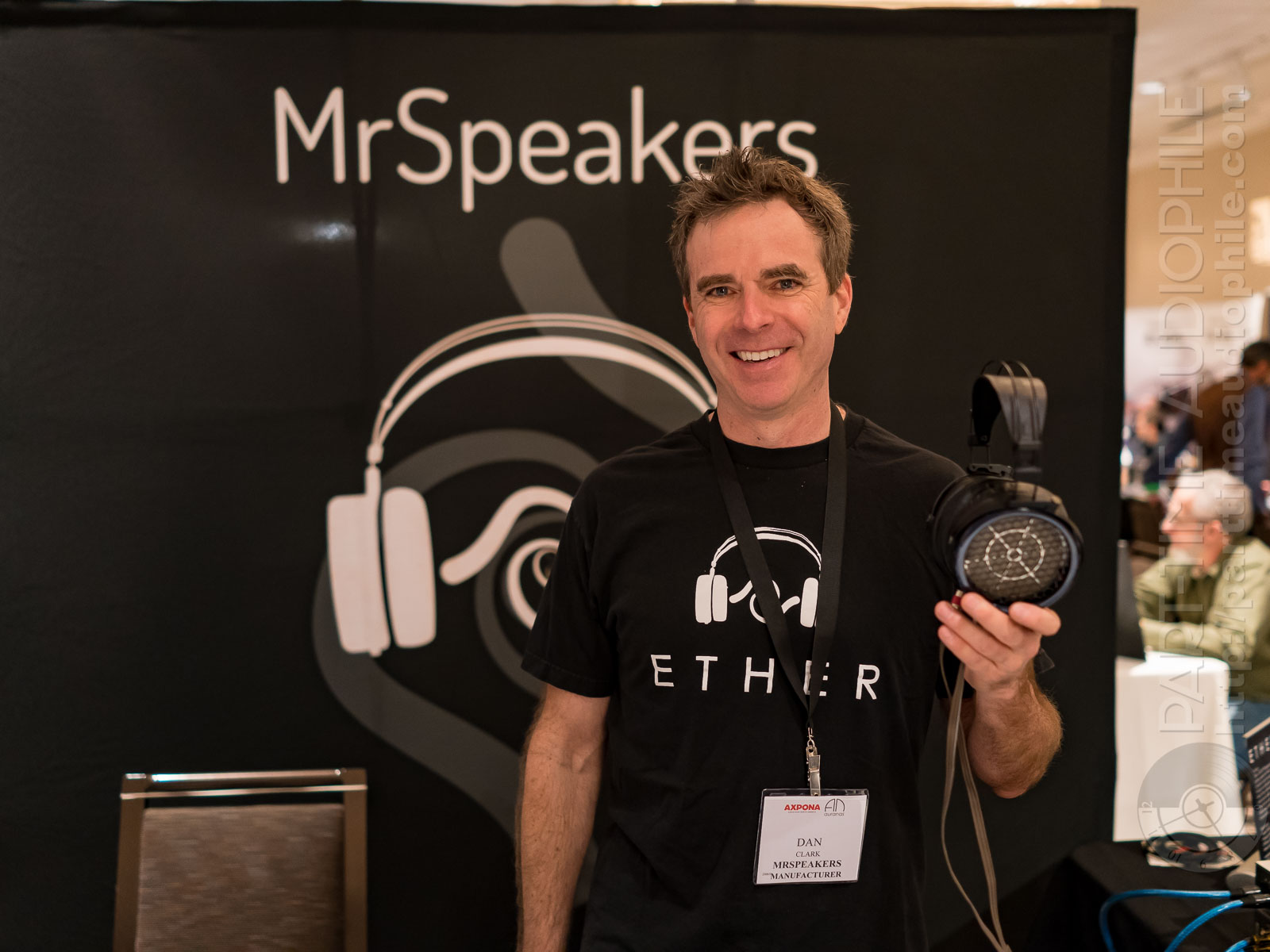 The Ear Gear eXpo at AXPONA followed quickly on the heels of the all-headphone extravaganza of Head-Fi’s CanJam SoCal, which made double-coverage tricky and somewhat problematic — an issue I “solved” by giving some admittedly short shrift to this section here in Chicago. Mea culpa, and my apologies.

I did, however, see and hear quite a bit round-and-about on the headphone front — here are a few that I wanted to call your attention to most especial-like.

First up, the Sennheiser HD800S that I found at Woo Audio.

As you probably recall from the many media blurbs that have crossed the wire, the new HD800s is not exactly a replacement for the now-venerable HD800. Think of it more of an alternative. Sonically, I’ll offer that my time with the HD800s was not strikingly different from the HD800 it supplements. There does seem to be more bass on offer (and with a wider variety of headphone amps, which lends me to believe that it really is voiced differently), and they may even be a bit more comfortable on my head. Those wanting the latest and greatest will be very pleased by the styling (more subdued), the presentation (more balanced), and their sheer sonic prowess (they may one of the best headphones money can buy), but those with the now-vintage HD800 headphones can rest a while before throwing over for the latest and greatest. In fact, if you’re curious, Tyll has some suggestions on how to get the most out of your current investment.

One of the surprises at AXPONA this year, was a sorta sneak-peek at the upcoming headphone amplifier from Manley. Dealer Holm Audio was showing off a couple of prototypes (one actually functional) over in the Marketplace. Very unusual design, but it consumes very little space and shows off all those tubes in a rather contained and still flashy way. We’ll be interested to see what this baby can do, once it’s finally out of the nest.

Dan Clark of MrSpeakers was showing off the latest iteration in his upcoming electrostatic headphone (name and price still TBD). Guess what? It’s better — better than SoCal; it was good before, but bass impact is up and overall resolution is just staggering. Really looking forward to seeing this guy hit “general release” — and picking up a good amp to drive them. They’re dyn-o-mite.

George Gill of Echobox was kind of enough to join our little digital audio player seminar to talk about the joys of the upcoming DAP revolution.

Echobox, as you probably know, is a portable streaming player (WiFi + Tidal = awesome) bottled up in what looks like a wooden flask (a little shot of audio awesome, anyone? Sign me up!), but they’ve branched out and are offering a complete portable package with some in-ear headphones. I’m still stuck on the aesthetics of the player itself, to be honest. It’s really quite slick, fits well in the hand, and did I mention it streams Tidal? Nice.

ZMF Headphones have been on the radar awhile now — John Stancavage is a huge fan. I’ve only glanced across the brand at a couple of shows, and from what I heard of the $899 Omni at AXPONA, John’s on to something. Big, comfy semi-closed wooden-cup cans with a very fulsome sound — this is a good one to explore in our near future. Me likey.

Empire Ears nearly flew under my radar at AXPONA’s Ear Gear Expo. The custom In-Ear manufacturer had a substantial presence in the main floor ballroom with a fully stocked table … Continue reading on Audio-Head!

Rumor mill confirmed. Campfire Audio (a subset of ALO Audio) has a new flagship coming to town as soon as next month. Retail price for the new state-of-the-art in-ear will … Continue reading on Audio-Head! (Update: Review Here).

Live Interview with Andrew Jones of Elac from AXPONA

We got a chance to sit down to do a live broadcast with Andrew Jones of Elac to talk about his new line of speakers and amplifiers. Check out the Facebook feed in the embed below for all the good details and his inspiration of the new group of products that are causing such a stir within the community.

Woo Audio, purveyor of fine tubed gear for the discerning head-fi’er, have finalized their portable — the WA8 Eclipse ($1,619 Black or Sliver, $1,709 Gold — but note that these are intro prices, which will […]

There have been a growing number of monitor/bookshelf designs that I’ve encountered recently which impress me more than towers from other manufacturers. Segregating speakers firstly by whether they are bookshelf monitors or floor-standing doesn’t make […]

There are a lot of ways to judge the significance and success of a hi-fi show — including the size of the venue, total attendance and number of exhibitors. By any of those metrics, Audio […]