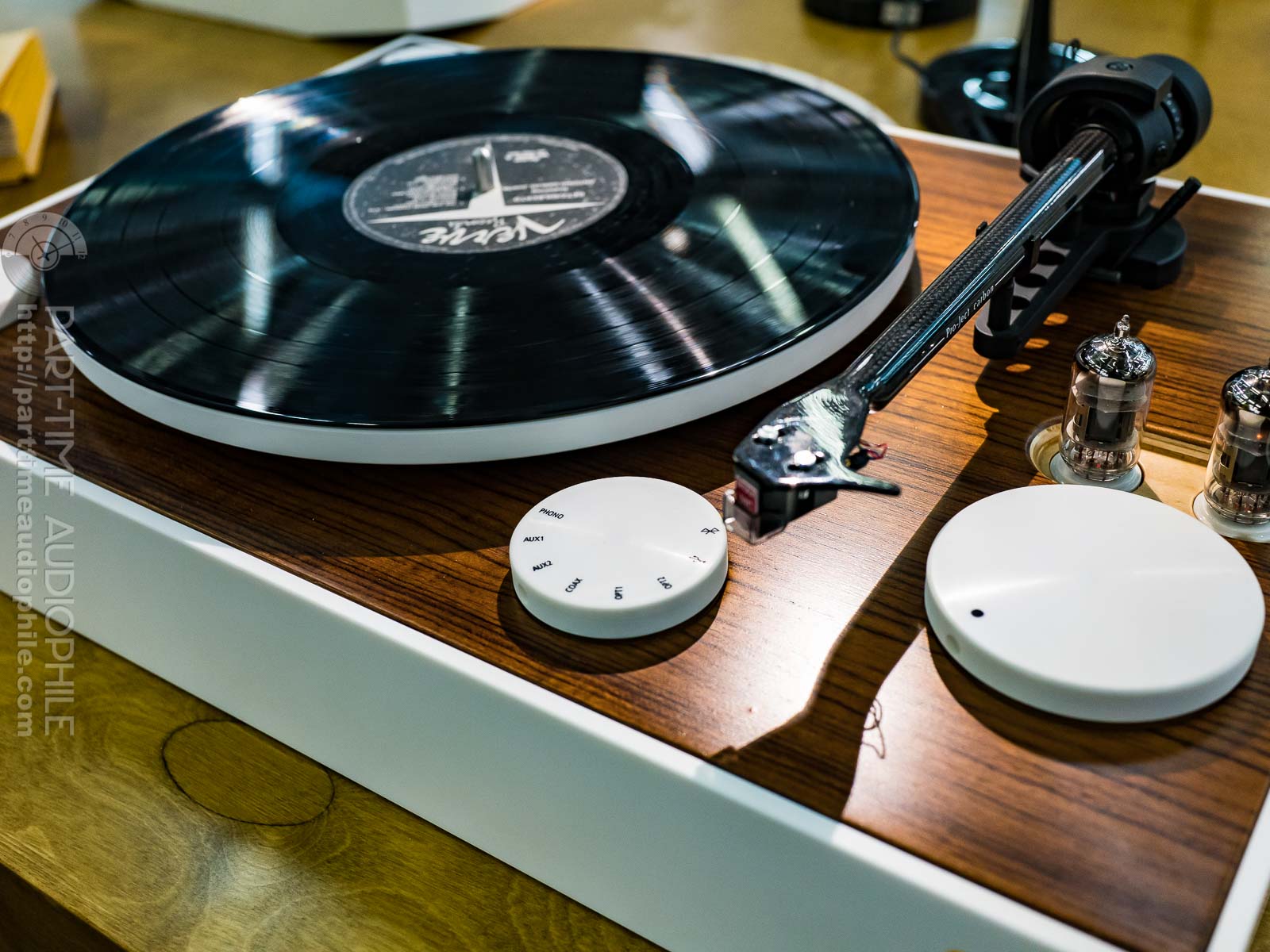 At High End, I found of the niftiest audio gadgets I’ve yet come across — from Italian company GPinto, called ON.

ON stands for Old/New, which is a playful reference to the fact that this device blends old tech with new to create something different. Different, and fully hipster.

And did I mention that it looks amazing?

The removable Corian platter (sitting atop the wood-veneer over the Corian plinth) is unmistakable, and the carbon-fiber Pro-Ject tonearm a dead giveaway — the ON is clearly a turntable, first and foremost. And by first and foremost, I really mean just that it is the most obvious element. Because it’s not a turntable. Well, not just. 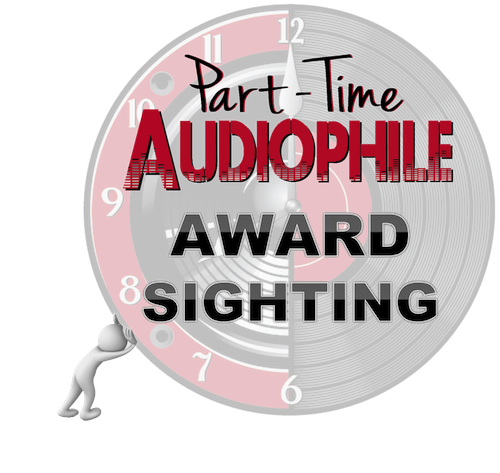 But there’s also a USB connector — an input. This is weird — most turntables that sport a USB connector use it as an output — for “archiving” vinyl. But not here, no — the ON has an integrated DAC. It takes in computer-based playback, and can spit it out the back-end.

Back end? Yes! Because ON is also an integrated amplifier — there are, in fact, three flavors of ON, which are entirely dependent on the size/power output of the included amps; these come in 100, 250 and 500 watts per channel.

It gets better — the ON is also is aptX-Bluetooth compatible. Wait, what?

Yes, ON is a full-featured center to your in-home audio experience — all you need are speakers. Talk about compact.

More features: the ON is a 33/45 rpm belt-drive ‘table; the belt is hidden underneath the platter, presenting a very tidy footprint. Two tubes poke up out of the chassis, near to the volume knob — they’re for the integrated preamplifier section, which sports it’s own, isolated power supply. There are two analog inputs, one coaxial, two optical, and USB input, the lattermost which includes support for 24bit/192kHz files.

It’s almost impossible to say what the ON sounds like — GPinto was showing in the Hall, which meant “open space, with everyone else playing”, which meant lots of noise. But the damn thing does make sound — and it’s so freakin’ cool, I can’t help myself. I totally want one.

Beautiful workmanship, clever idea, great combination of features — sounds like a winner to me.

Absolare has been showing in Munich with Rockport speakers for years now, usually with triode amplifiers that while sounding very well were sometimes incapable of commanding the big side mounted woofers. This year they presented […]

Here is for something different — a new company called Mo Sound coming from Austria and making speaker cabinets from porcelain. The motto of the company is catchy, show some cojones: buy our little extravagant, […]

Visited the room on day one, and it was already sounding good. Very good. My initial thought was that this was the best I’ve heard EAR Yoshino electronics sound in shows for a while now. […]