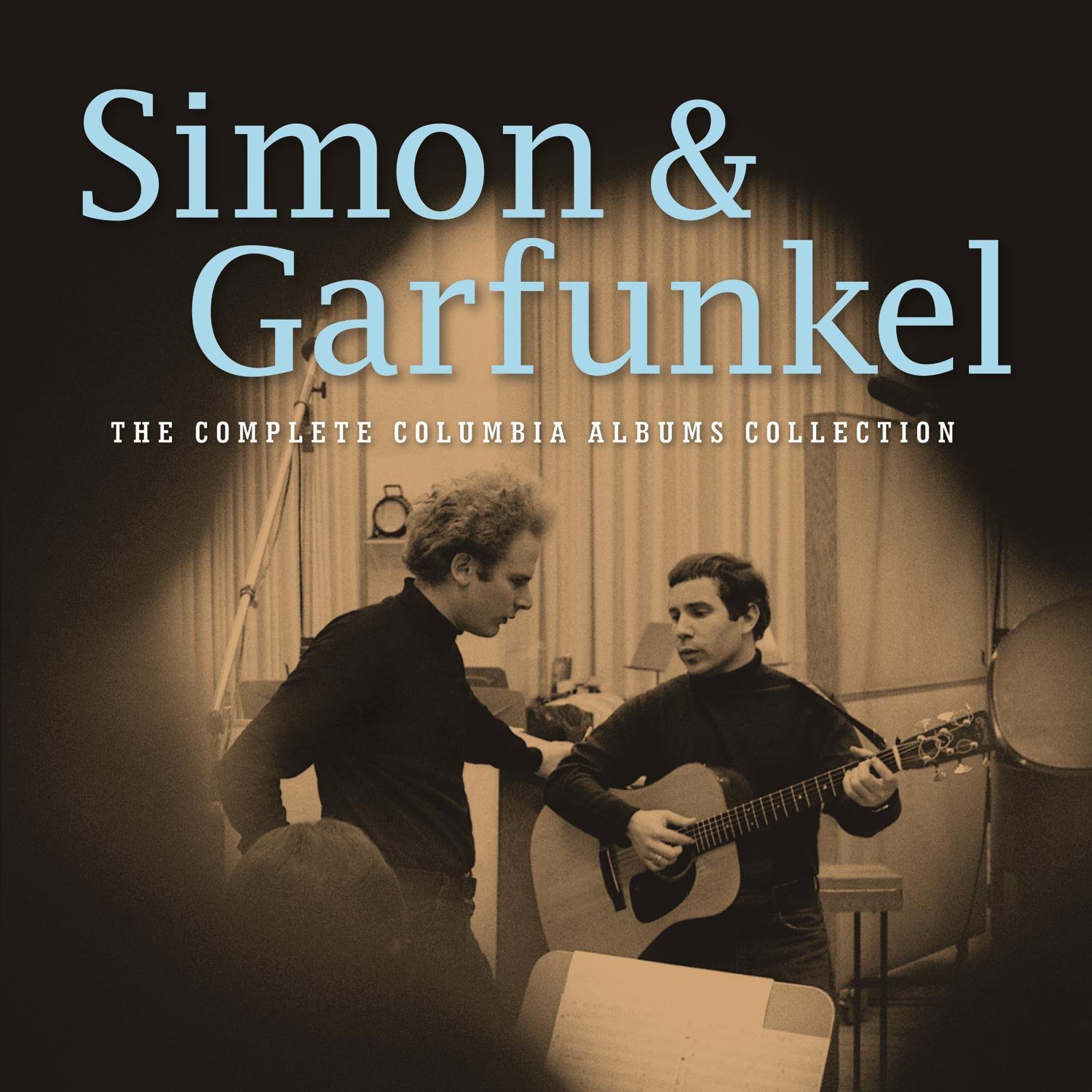 Though their music is largely forgotten and unknown to anyone under 30, Simon & Garfunkel created some of the greatest pop music of the late 1960s and early 1970s. Their classic albums – Sounds of Silence, Parsley, Sage, Rosemary & Thyme, Bookends, Bridge Over Troubled Water – portrayed a bittersweet vision of America, told in jewel-like songs that depict the country’s singular joys, lost hopes and unfulfilled dreams.

Simon & Garfunkel were a distinctly American, distinctly 1960s-bound duo. Their music hasn’t translated well into the current millennium, where hip-hop, saccharine pop and plastic country holds sway and demographic share. S&G can be tied to the singer/songwriter mold, ala James Taylor and Carole King, but the depth and breadth of their music, its epic production, intimate melodies and poetic and universal lyric themes were singular then and remain so today. No one articulated the loss of national innocence, and the unavoidable march of personal fate better than S&G.

If you are interested in the story of how the original analog tapes of these records were brought into Sterling Sound and digitized for these reissues, Michael Fremer’s Analog Planet piece is essential reading.

In keeping with the duo’s diminished stature in the market place, The Complete Columbia Albums Collection isn’t big on extras. A download card is included in each album. The artwork is respectfully reproduced. Each LP (with immaculately recreated period label) comes in a thick 5-mil plastic sleeve. The accompanying booklet features period photographs apparently taken from the duo’s original Columbia album photo sessions. Each track is listed by recording date. Bud Scoppa’s brief but insightful overview is good reading. But not a word from Paul Simon or Art Garfunkel? No essay reflecting on their music, or the turbulent age in which it was created from the likes of Rolling Stone’s David Fricke or former Yahoo! music boss Dave DiMartino? No added video such as the excellent live performance of “Overs” taken from The Smothers Brothers Show, “Old Friends” from SNL, or from the duo’s own website (which includes video for every track on Bridge Over Troubled Water)? Equally ignored, then and now: the Davey Graham-inspired finger-picking acoustic guitar excellence of Paul Simon. What you do receive for the current Amazon asking price of $94.14 is one of the most faithfully reproduced LP reissue box sets I‘ve have ever had the pleasure to review.

For the reviews that follow I compared the new Columbia/Legacy releases to my personal pressings which include original Columbia two-eyes and in the case of Bridge . . ., an original 1970 pressing. As I assume is your goal when evaluating reissues, I want the new LPs to as closely resemble the sound of the original pressings as possible. If, as in the case of Columbia/Legacy’s Miles Davis RSD mono reissues, they better the originals, hey, it’s all gravy.

With no original pressing to compare it to I approached Greatest Hits, originally released in 1972, on its own merit, acknowledging that greatest hits compilations generally suffer from sloppy work from start to finish. “Mrs. Robinson,” taken from The Graduate soundtrack, sounded one-dimensional, thin and flat. That continued through “Scarborough Fair,” “Mrs. Robinson,” and “The Boxer.” Onward! 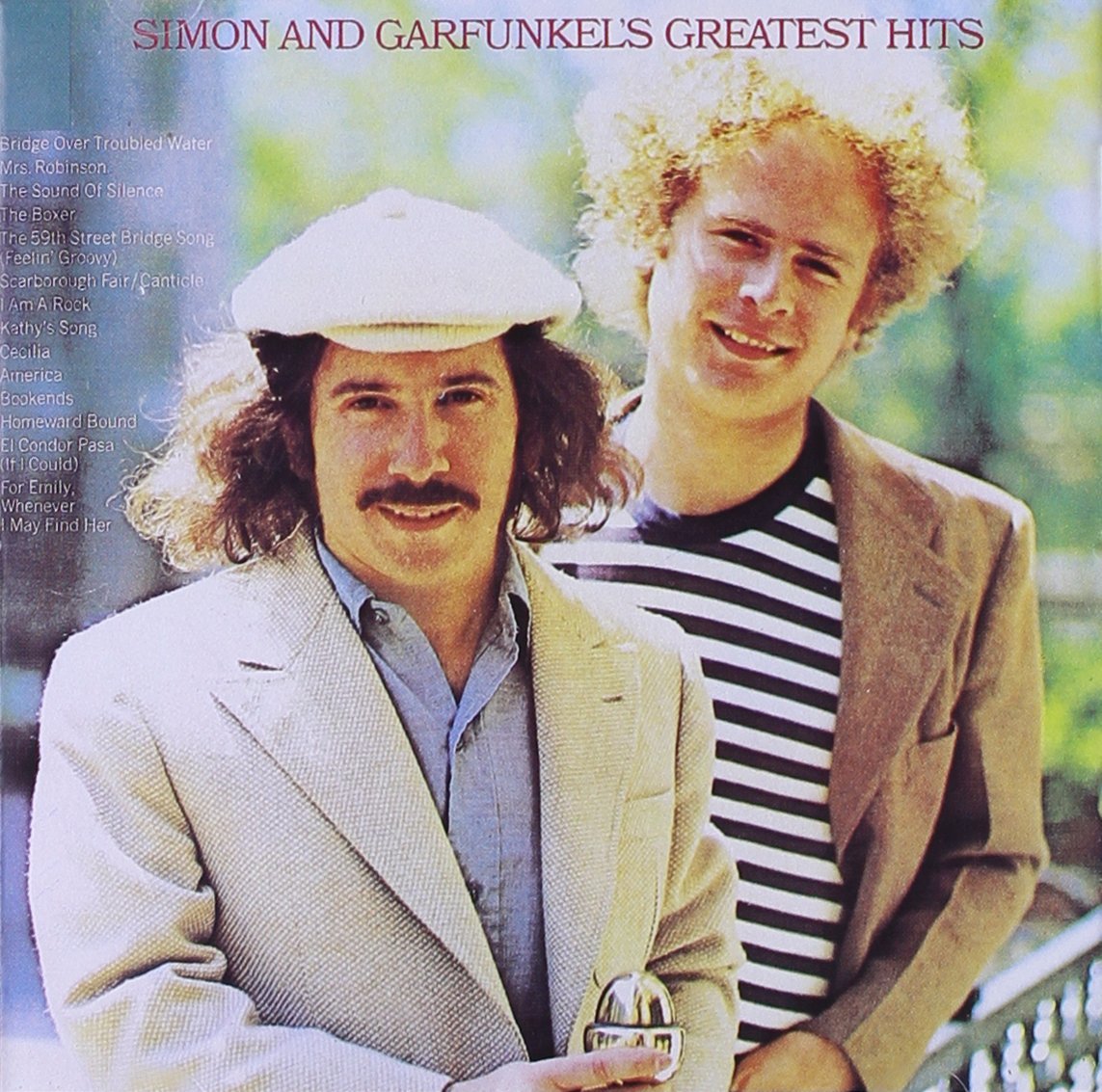 In thrall to the then popular folk movement, S&G had yet to come into their own, relying overwhelmingly on cover versions to round out this delicately recorded 1964 album. My two-eye Columbia LP sounded lush, tactile, palpable, and warm — everything I want to hear from an album of intimate songs performed on acoustic guitars and bass. S&G’s beautiful harmonies are in full effect throughout, finding perfect expression in Simon’s “Bleecker Street,” the most astute crystallization of Greenwich Village in the early 1960s ever written. Simon sings of workers, artists, the homeless and students with equal empathy, over the first of many beautiful Simon melodies and his evocative guitar work. Portraying the Village in the early morning light, S&G sing “I saw a shadow touch a shadow’s hand,” and the image stays with you. S&G’s debut reached #30 on the charts, with no hit single to rival the impact of The Beatles. Their future first hit, “The Sound of Silence,” is recorded here without its familiar electric backing.

The new LP followed most digitally restored albums in its low-end, pumped up to more closely resemble modern records. But the bass boost is tasteful, actually tubey-sounding, as is also heard in the album’s midrange. The low-end is also more detailed sounding than my original LP, yet with an added, slightly unnatural thickness. Vocals also sounded slightly thicker, yet with greater resolution and throatier textures. All in all, a very listenable LP remaster with obvious digital effects, but created with a thankfully light hand. 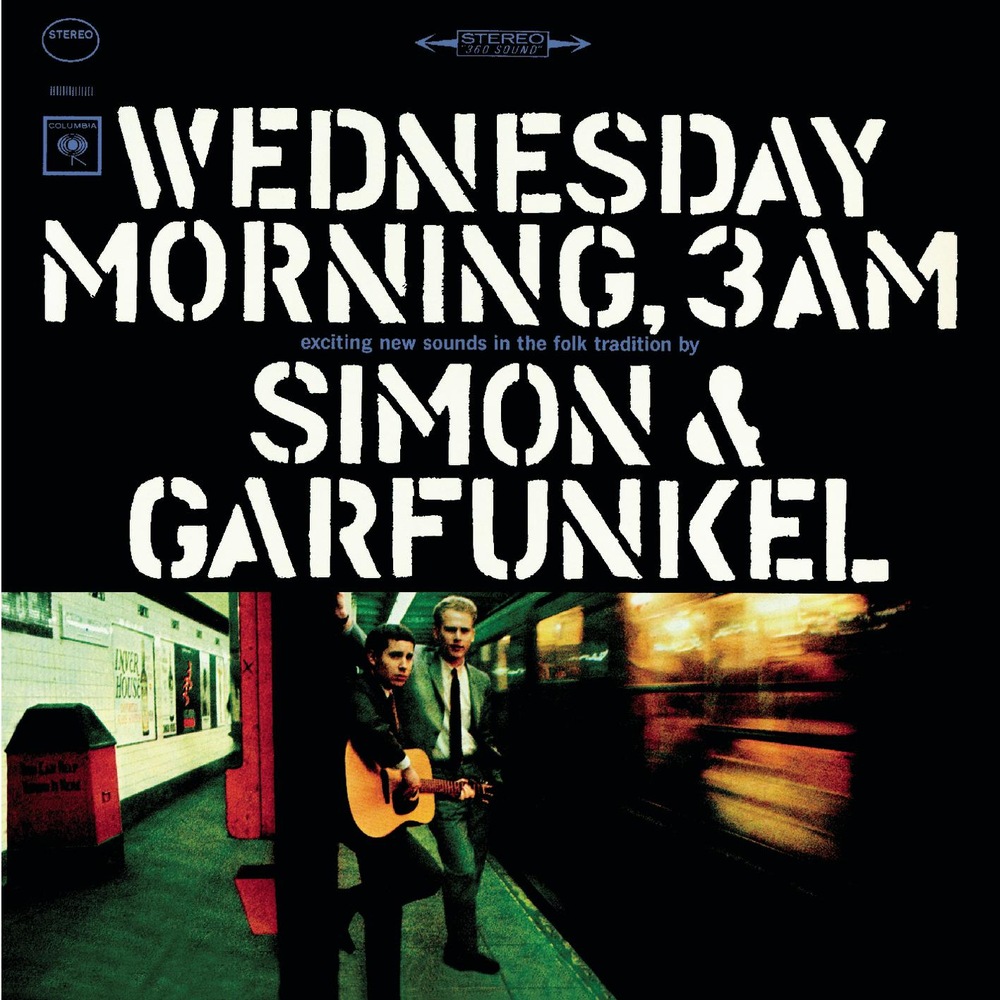 Bam! It’s 1966, Dylan has gone electric, and Simon & Garfunkel’s second album includes future standards, “I Am A Rock,” and the louder folk-rock version of “The Sound of Silence,” as well as the early Simon classics, “Kathy’s Song,” “Homeward Bound (UK only)” and “April Come She Will.” The production is day and night compared to Wednesday Morning, befitting the new folk rock troubadours and their first #1 single, “The Sound of Silence,” written as an homage to Kennedy’s assassination. Simon, not long back in the US from an inspirational London trip, covers master guitarist Davey Graham’s “Anji.”

Once again, the remastered LP sounded well-defined with extended low-end frequencies. I have no original LP to compare it with, but let’s say the production is representative of the Tom Wilson school, the producer who oversaw Bob Dylan’s “Like A Rolling Stone.” Sounds of Silence was produced by Bob Johnston, who had already produced Dylan’s Highway 61 Revisited, and would go on to produce Johnny Cash’s At Folsom Prison (1968), Leonard Cohen’s Songs from a Room (1969), and The Byrds’ Dr. Byrds & Mr. Hyde (1969), among many other major recordings. 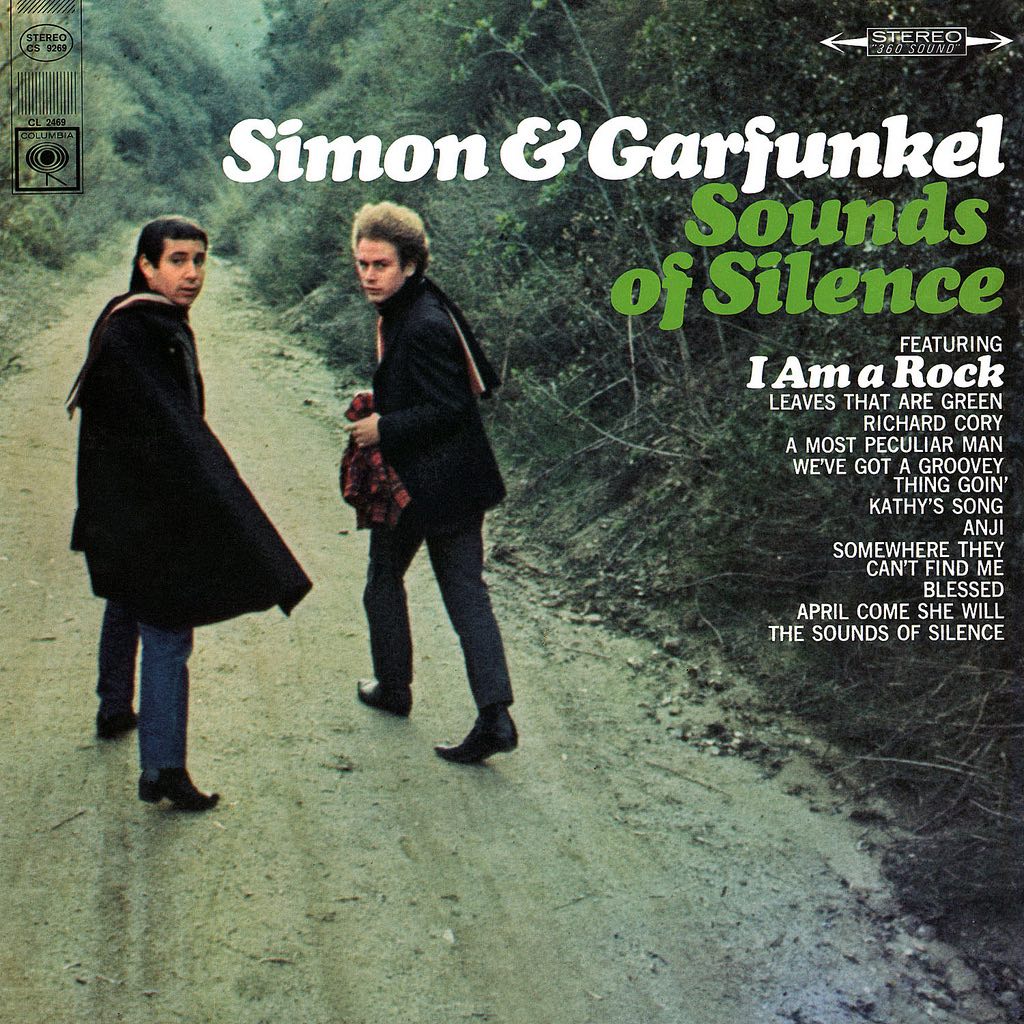 Now rolling into their own, distinctly shimmering vocal sound and filigreed, acoustic pop-folk style, Simon & Garfunkel embrace flower power for all its worth. With the gimmicks of folk rock production largely gone, S&G create atmospheric tapestries of dulcet harmonies, delicate guitars, and evocative lyrics that set their template (and that of their many clones) for the foreseeable future. Tactile, textured, with a wide stereo soundstage that took full advantage of the then recent technological breakthrough in “high-fidelity,” the album also benefited from the studio work of drummer Hal Blaine, bassist Carol Kaye, and guitarist and future hit-maker, Joe South. The album included the US release of Simon’s classic “Homeward Bound,” as well as such powerfully conceived and performed compositions as the reflective “The Dangling Conversation,” “Scarborough Fair/Canticle,” (also on The Graduate), and the stunning “For Emily, Whenever I May Find Her,” which has lost none of its emotional/melodic splendor.

Some look back on ‘70s British folkies Cat Stevens, Nick Drake and John Martyn with deserved reverence, but none equaled the collective beauty found on Parsley, Sage, Rosemary and Thyme.

As with all the LPs in this box set, Parsley, Sage, Rosemary and Thyme is an absolutely dead quiet pressing. As quiet as a CD! “Scarborough Fair” sounded somehow thinner on the new LP, and again, the bass was pumped, but not to the point of being overripe or unnatural. Overall, the LP sounded very true to my Columbia two-eye original, excluding the new LP’s tastefully realized digital resolution. There is less bloom than the original LP, yet with similar depth. Vocals sound present and lush. 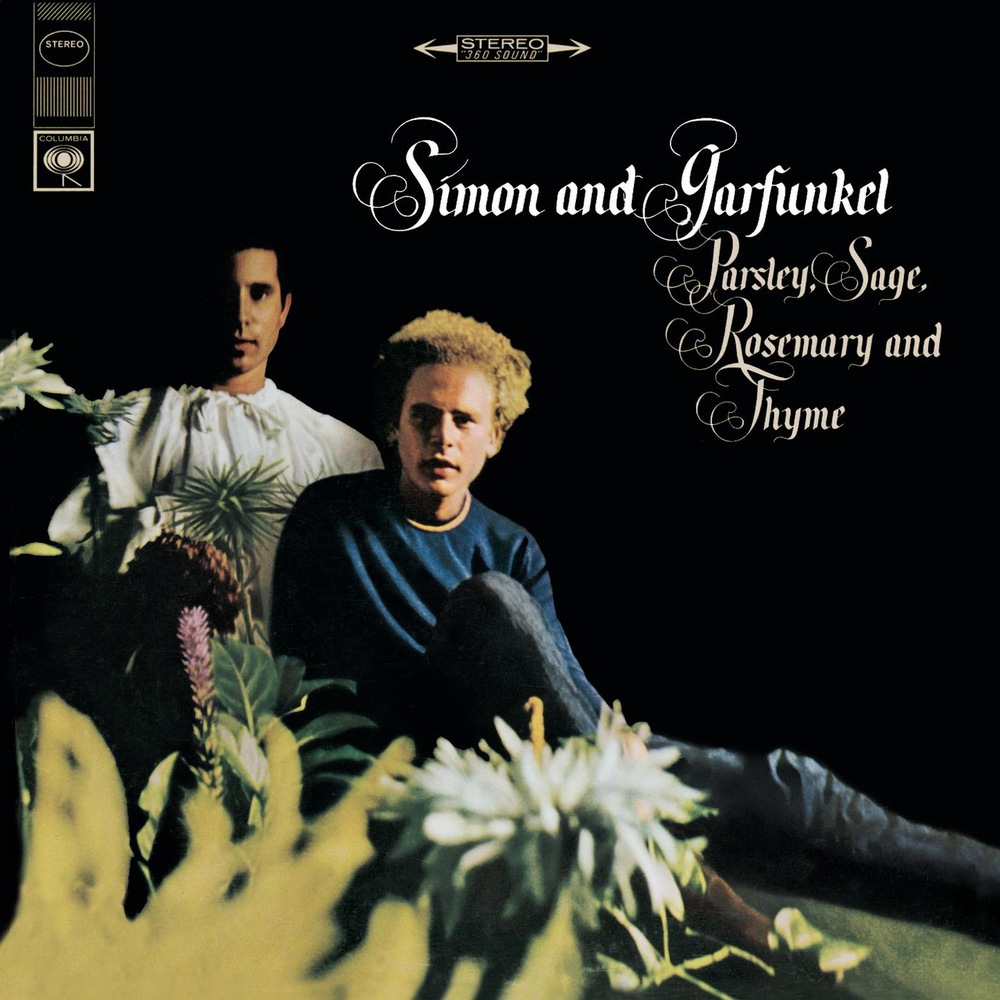 It’s April, 1968. Sgt. Pepper’s Lonely Hearts Club Band has forever altered the musical landscape. Bobby Kennedy and Martin Luther King have yet to be assassinated. The Vietnam War goes on. And Simon & Garfunkel record the first of their two masterpieces, Bookends. (King would be murdered 24 hours after Bookends’ April 3rd release.)

An inward-looking album that covers themes of romantic breakup, loss, death, aging and the rupturing American zeitgeist of the 1960s, Bookends is almost chilly in its perfection yet with a softness, emotional accuracy and warmth that never fails to move the heart. Again making full use of stereo imaging, the songs are rife with such effects as odd vocal cries, jagged guitars and treated drums, all in service to the songs. Like Robert Frank’s photographic essay, The Americans, Simon & Garfunkel captured the plight of everyday Americans in sadness, yearning, and revelry throughout Bookends.

“Being in the studio and making records in the sixties, I can tell you, it was very uncorporate. It was highly spirited. It was kids at play. It was just a wonder that you were allowed to do this, that two middle-class kids can sign a contract, rehearse and get their talent into the studio, and then find that the entire distribution network is waiting to put out their products. It was wonderfully simple, sincere, and un-cynical.” —Art Garfunkel on the recording process

Now a running theme, the remastered LP had less bloom, yet was equally coherent as my Columbia two-eye. The new record had less punch as well, less impact, and suffered from a lighter presentation overall as heard on “America.” The new LP is also more sibilant than the already sibilant original pressing. There’s less sparkle overall, but the music and the mood remain intact. Bookends hit #1 in the US and UK charts, and went double-platinum at a list price of $5.79. 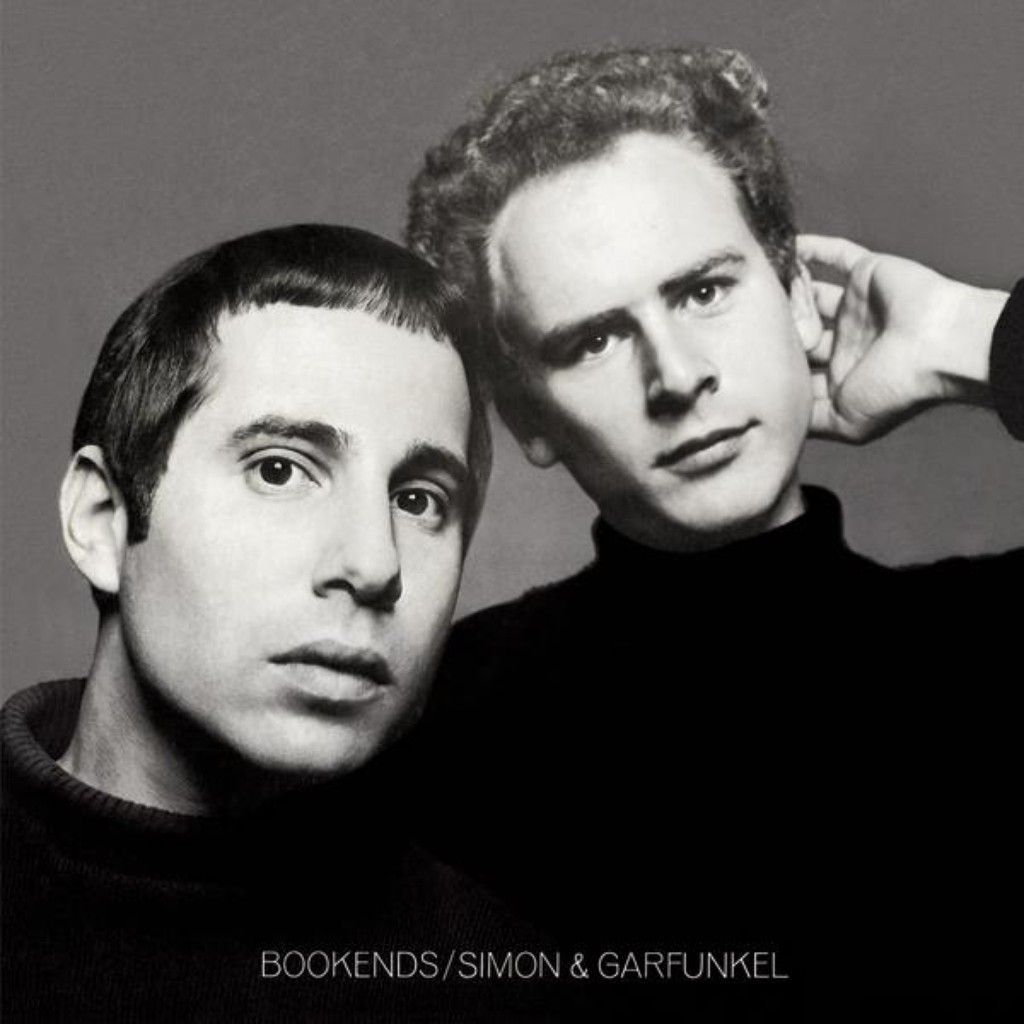 The duo’s most successful album with 8,000,000 copies sold, Bridge Over Troubled Water is an epic recording that encapsulated the end of the 1960s in a mood of hope and reconciliation. The seeds of Paul Simon’s solo career were planted in the album’s diverse musical styles which cover reggae, folk, R&B — even a Peruvian mountain tune. Though the title track resembles The Beatles’ “Let It Be” in its gospel piano, angelic vocals and sentiment, and was composed after its release, “Bridge Over Troubled Water” is far grander in scope and execution. The album featured up-tempo acoustic tracks such as “Cecilia” and “Baby Driver,” and sweetly reflective songs including “So Long, Frank Lloyd Wright,” “The Only Living Boy in New York,” and the intimate closer, “Song for the Asking.” The songs also allude to the impending breakup of the duo with a sincerity that would result in numerous reunions in years to come.

Now stars, Simon & Garfunkel sound as if they are singing from a cathedral on high. Gone are the intimate, in-your-ear vocal harmonies, replaced by literal choirs of stacked vocals. Even when singing sweetly as in “Song for the Asking,” the vocals have an inherent distance compared to their earlier recordings. Chances are the album was tracked on an early solid state board, but who knows. This is the sound of instruments recorded in long corridors, echo chambers, on resonant wood floors with very high ceilings. Reverb rules the day. The simple folkies from Greenwich Village have become transcendent. Bridge Over Troubled Water is a remarkable achievement. 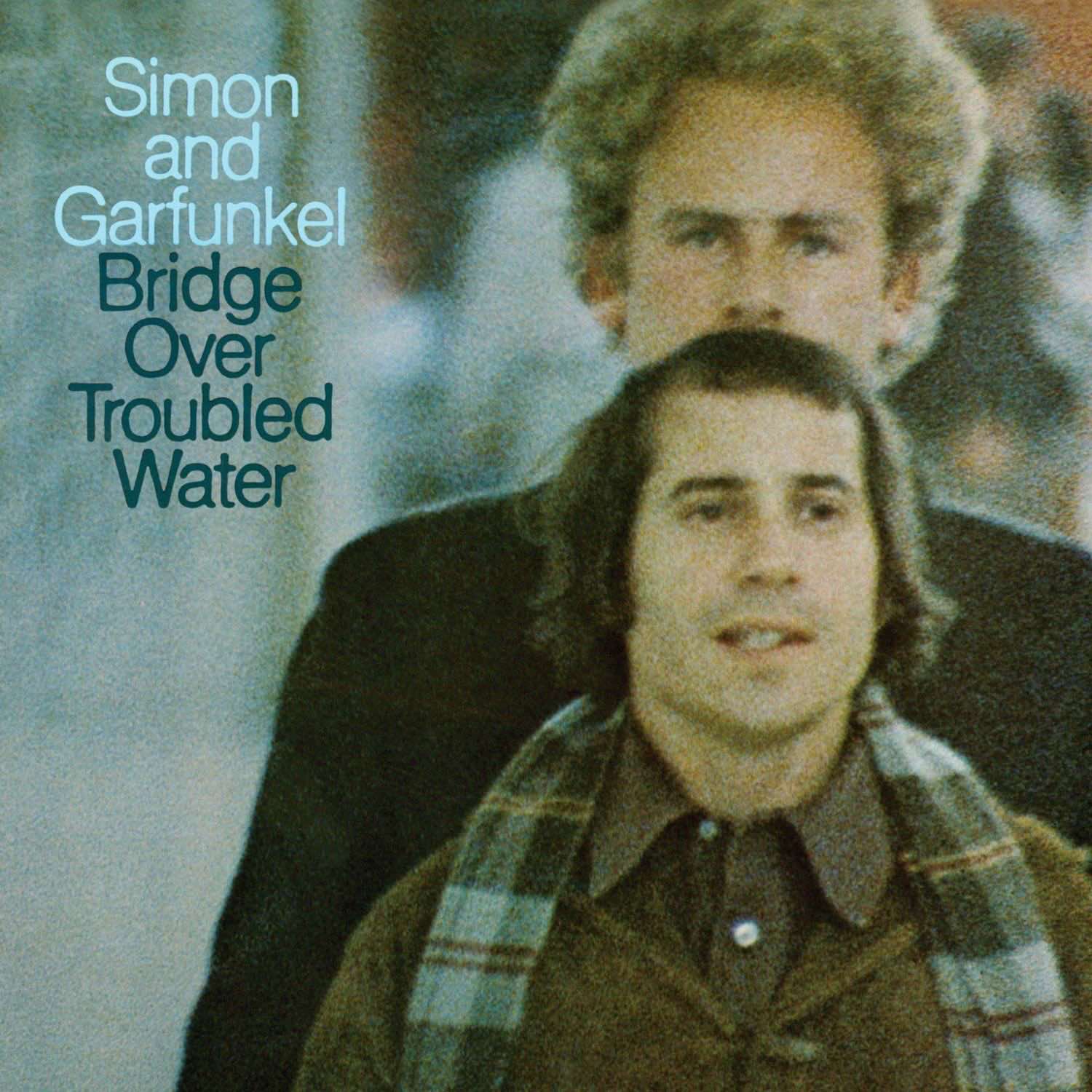 Simon & Garfunkel The Complete Columbia Albums Collection is one of the better analog-to-digital-to-vinyl box sets I have heard. Album after album, the set wrings the best from digital: cleaner sonics, extended low-end frequencies and blacker backgrounds, and allies it with a consistently light touch to create the best of all possible sonic worlds.

Are original S&G first pressings easy to find? Yes and no. I purchased all of my original pressings over the course of two years at various New York City used record stores. Average price: $20. Your mileage may vary. $94.14 is not a very high price pay for some of the greatest American music ever written and recorded.

In Sardinia today, Sonus Faber unveiled their newest toy. A complete reimagining of the concept “lifestyle”, the SF16 is an all-in-one stereo system. All you need is a power plug. Ten drivers, arrayed in a […]

The story of the Bowers & Wilkins PX7 Carbon Edition (website) is one of many welcomed surprises. Not often in life are we gifted with genuine surprises, and the ones most commonly thrust upon us […]