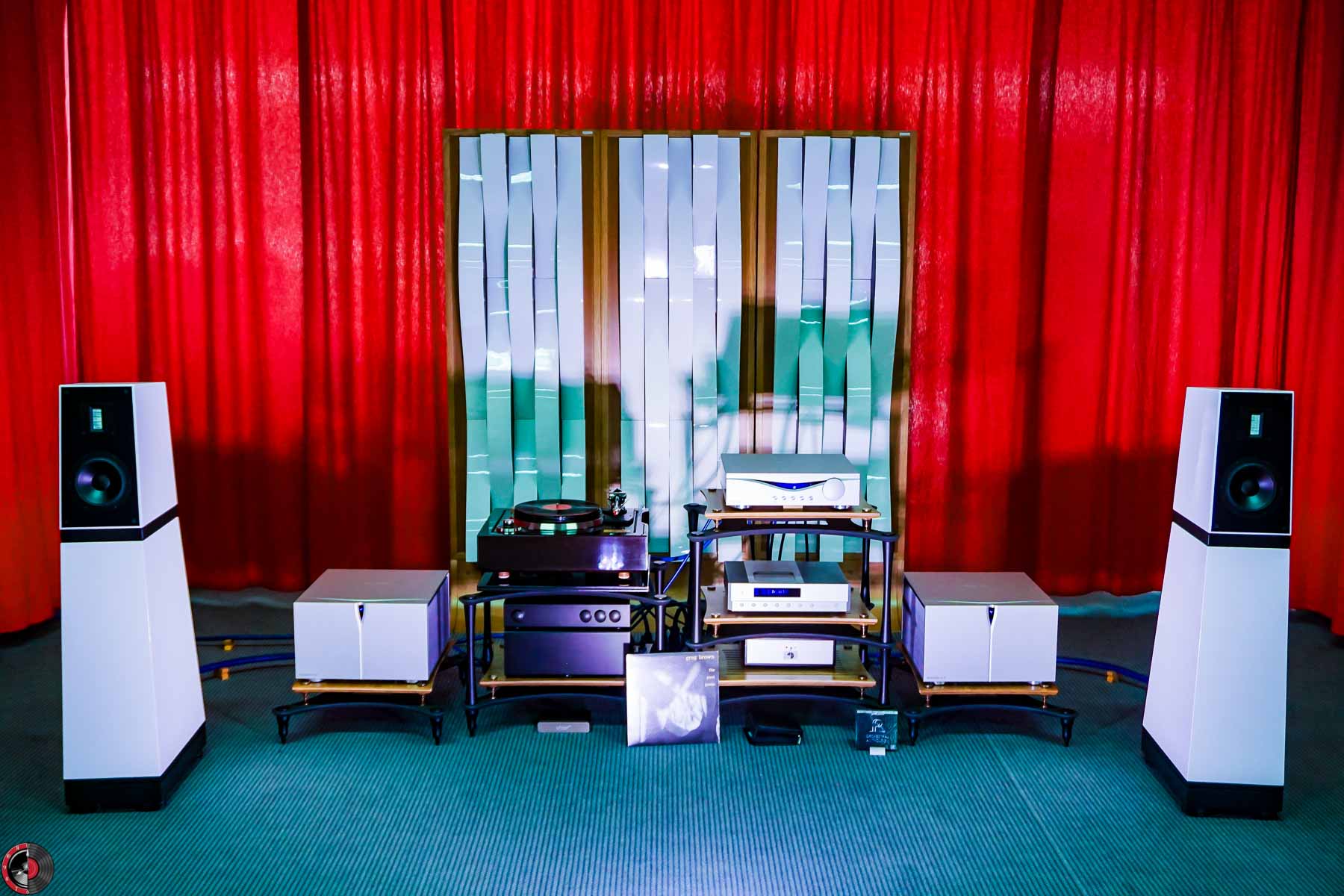 Italian electronics manufacturer Audia Flight gave a great demo in this year’s Munich show, courtesy of the top of the line Strumento series. There was a Strumento 1 pre-amp and a pair of Strumento 8 mono power amplifiers, good for 500Watts/ 8Ohms and doubling all the way down to 2000Watts/ 2Ohms! along with the in-house CD player and phono stage. Analog source was a rather old-fashioned idler wheel turntable, the Garrard inspired Art du Son TR501 fitted with Origin Live tonearm and glorious Lyra Etna cartridge. 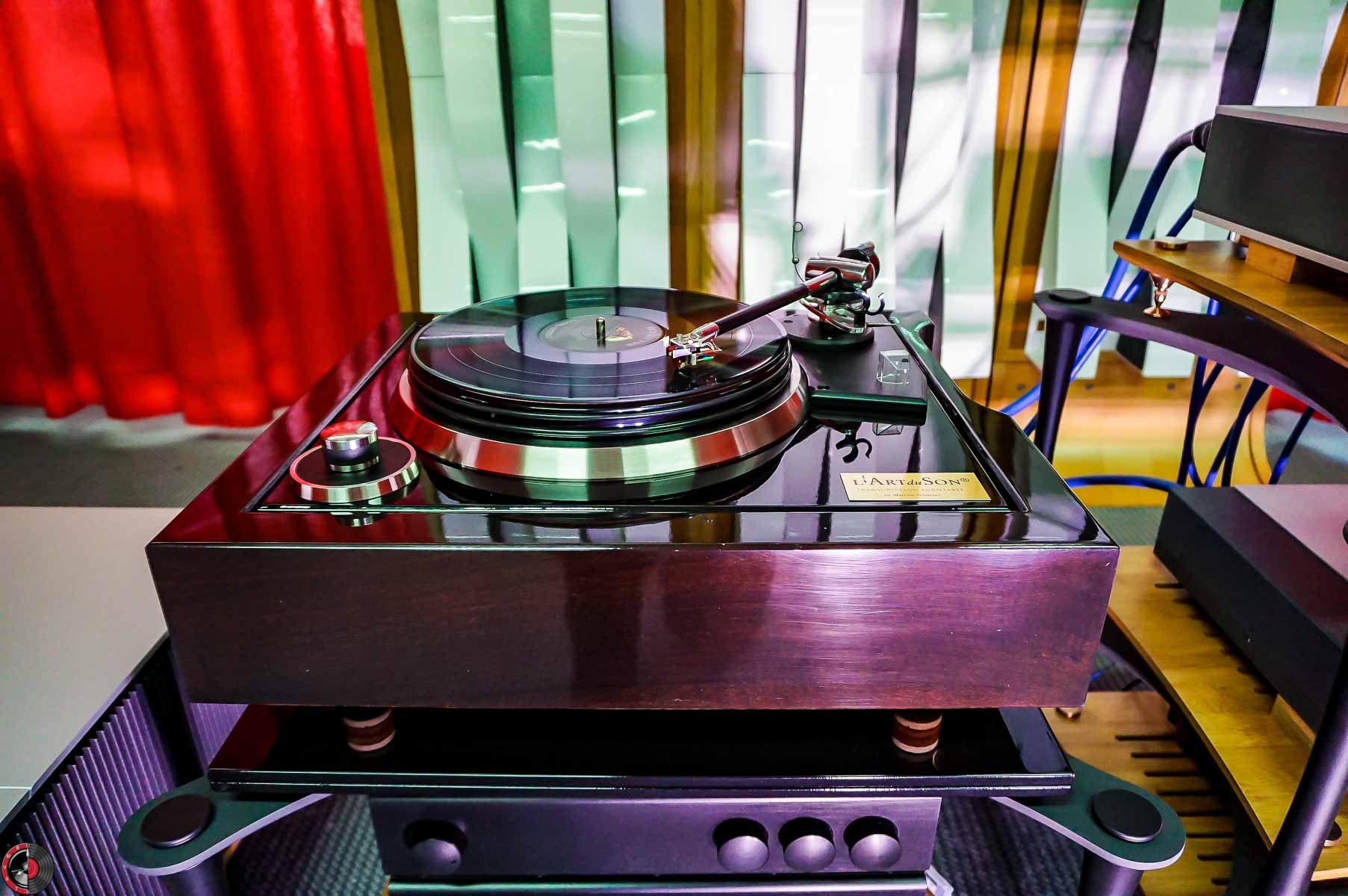 On the other side of the Cardas Audio Clear Beyond speaker cables, there was a pair of Verity Audio’s Sarastro IIS in white (47.990 euros for a system total of 120.K give or take, among the less pricey “live” ones in this year’s chermesse).

I was pleasantly surprised to see that despite the back-loaded woofers on the Sarastro and the fact that they were facing some red curtains and not solid walls, the sound was more than adequate in the lower octaves. The overall presentation was highly musical; male vocals on Greg Brown’s, Poet Game on LP, were truly convincing, with the guitar being “meaty”. Patricia Barber on CD was almost as good, but take this with a bit of salt; I am completely sold on transcription turntables.

Here is for something different — a new company called Mo Sound coming from Austria and making speaker cabinets from porcelain. The motto of the company is catchy, show some cojones: buy our little extravagant, […]

Trying to wrap up coverage of an audio show weeks after you’ve left is always a bittersweet proposition for me, and Newport 2016 was no exception. New friends were made, and old ones warmly greeted. […]