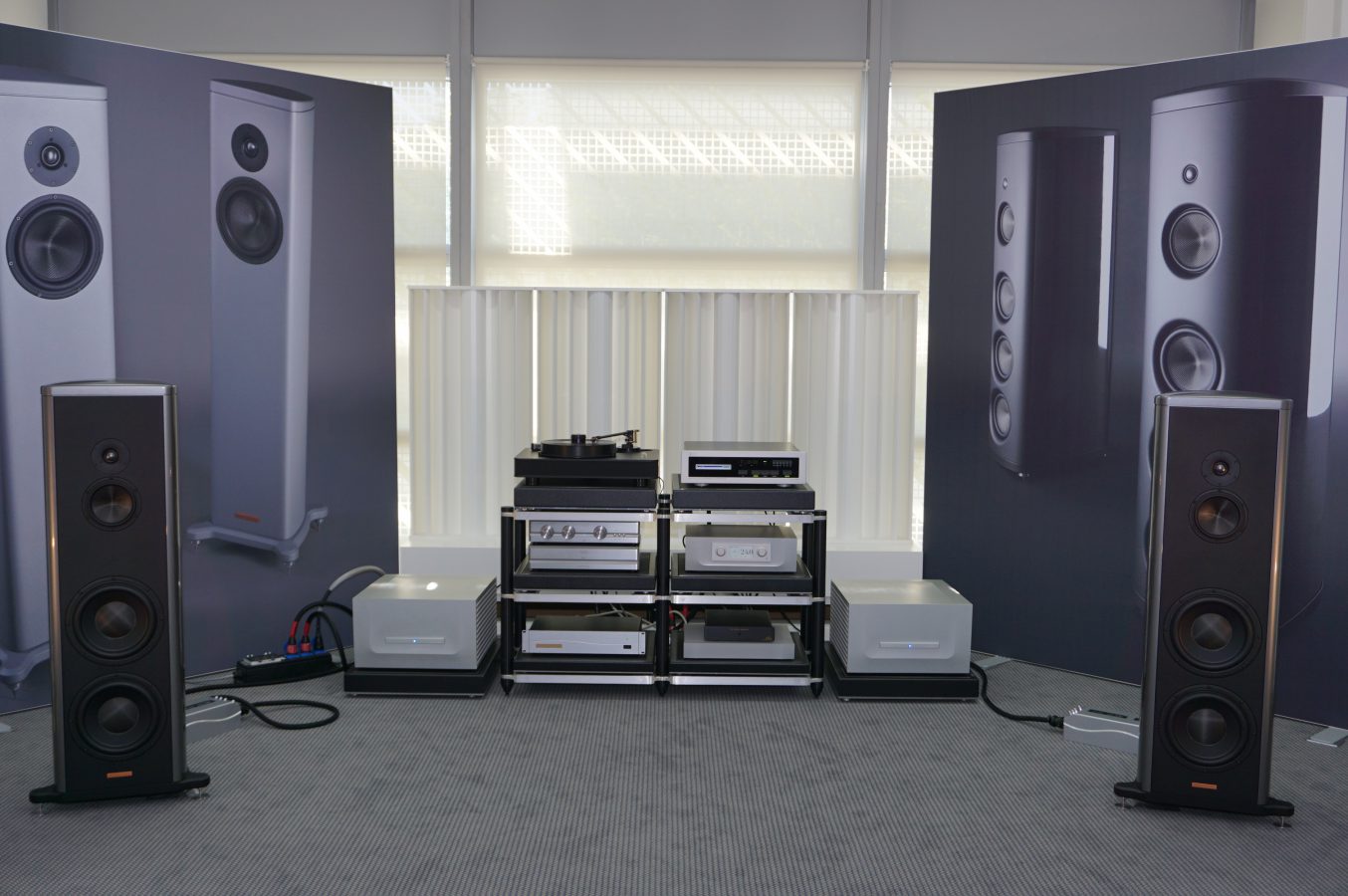 Last year the at the time under development Magico S7 left me perplexed on what they were or were not capable of doing, as at least under show conditions there was clearly a lack of emotional engagement with the music. This year the S5 mark II gave a much more convincing demonstration with a way more coherent top to bottom frequency extension paired with the company’s notoriously detailed and fast sound.

Behind the speakers there was a Dr Feickert turntable with Lyra Etna cartridge, a Pass Labs XP 20 phono stage along with the Argo preamp and a pair of Centaur II mono power amplifiers from Constellation, both from the Performance line of the company. The new Spectral Audio Studio Reference CD processor was acting as digital front end and part of the merit for this year’s sweet demo must have come from the Analog Devices AD1853 multi-bit Sigma/Delta DAC used inside this beast of a CD player. For someone like me who no longer has a CD player in his rig saying that I almost craved for the Spectral should be considered as a serious compliment, but the company’s commitment for studio quality equipment is second to none. Back to the Magico S5 II, I think they are finally getting there. You might ask there where? Bottom extension and detail was never an issue, the good thing is that they seem to be moving towards a less techno-fictional sound (my term, feel free to bash me) and a more musically focused one.

Reviewers are prone to wax poetic about speakers they like, often saying they “present a clear window to the music.” Not many transducers literally are a clear pane of glass, though. The new Clara from […]

RMAF 2015: Dan D’Agostino powers up Wilson and gets an emotive hand from Lyra and Brinkman

All it takes is a quick glance at some rooms that you walk into at hi-fi shows and you just know it’s either going to connect with you, or it’s not.  Surprises do happen of […]

Someday, I’d like to bring some deHavilland gear in to play with. I mean, I’ve always been a fan of deHavilland. The sound is outstanding, and the reviews you can find online are very enticing. […]