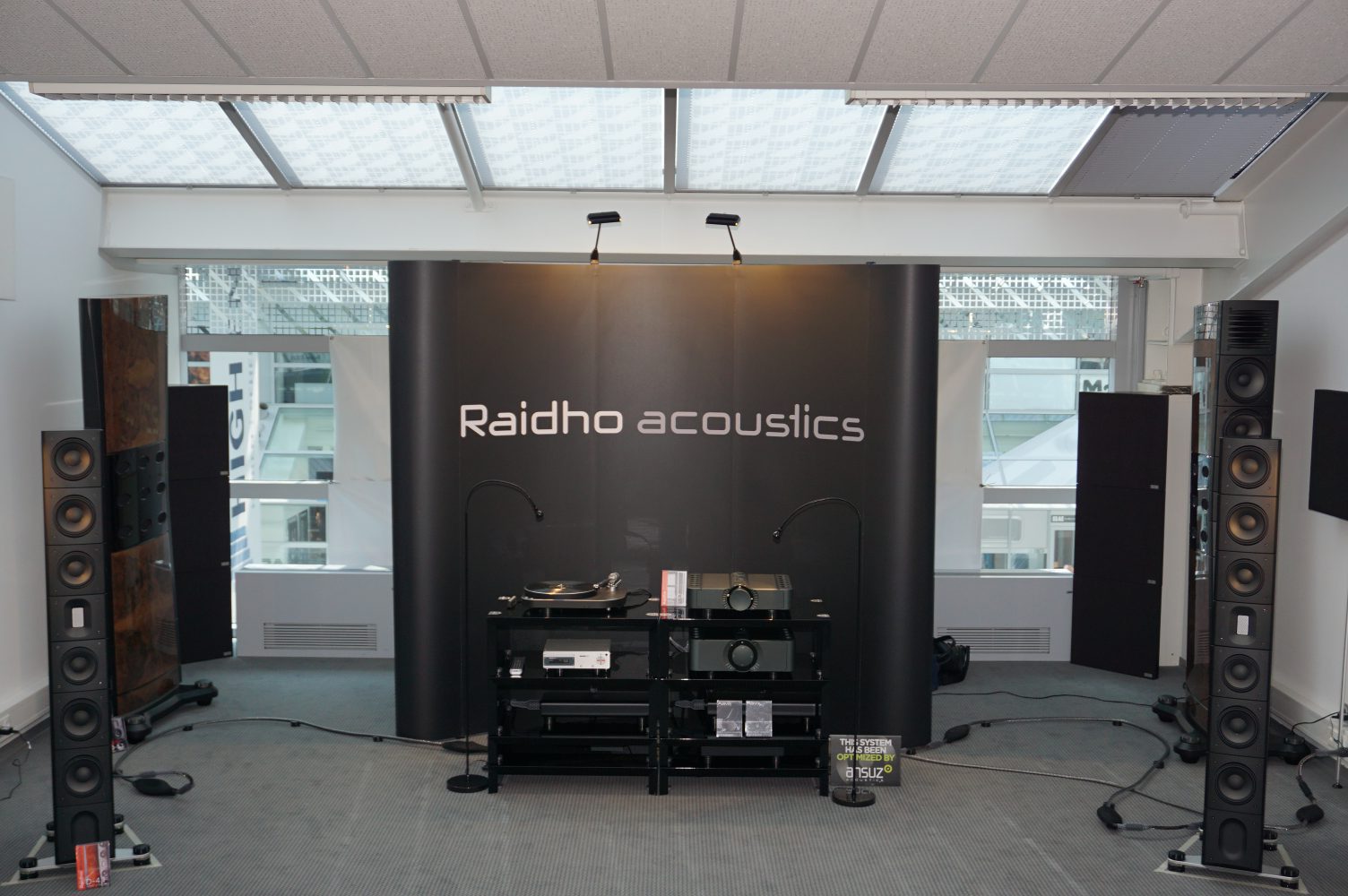 This has been one of the most anticipated rooms fo Munich’s 2016 show. If you follow the various facebook groups and audio related forums you must have noticed the teaser pics of the improved Raidho D series. The speakers were clearly streamlined in the back and had reworked reflex ports. 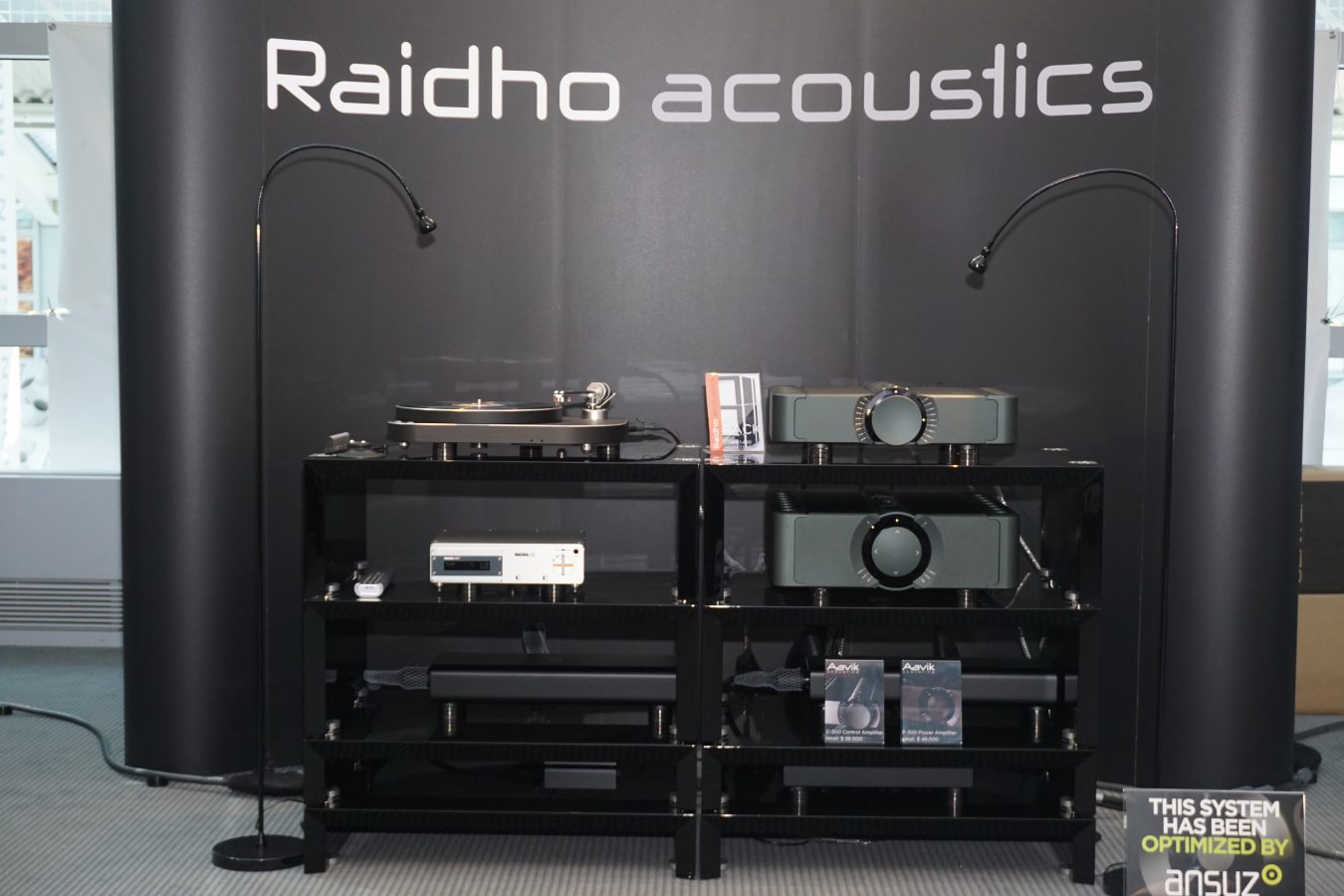 When in Munich I went straight for the demo, the room was been the same as in previous editions, faces inside were also the familiar with friends such as Lars Kristensen doing the presentations and Michael Borresen walking visitors and journalists through the technical details.

A step back in time, I have always enjoyed the sound of Raidho and gave the company a close second best of show in 2014 for the at the time flagship D5. Less than a year ago I had in my place the fantastic D2 and was planning to do a fully-fledged review for Part Time Audiophile, a review I had to cancel due to the announcement of the improved DX.1 line. The D2 was a fantastic speaker, detailed without being clinical, blazing fast in transients, sweet on female voices and airy on top, thanks to the sealed ribbon tweeter, like almost nothing else on the market. With custom made drivers, sophisticated cross-over and gorgeous finish the only “fault” I could come up with was bass. Not that it wasn’t there, for the two rather small mid-woofers the quantity was more than appropriate and for those who wanted more there was always the possibility of going for the D3 or even the humongous D5. My concern had to do with the port loading and congestion created during bottom octave content at higher volumes. There was some energy accumulation, clearly audible under those circumstances that made the speaker sound boomy. 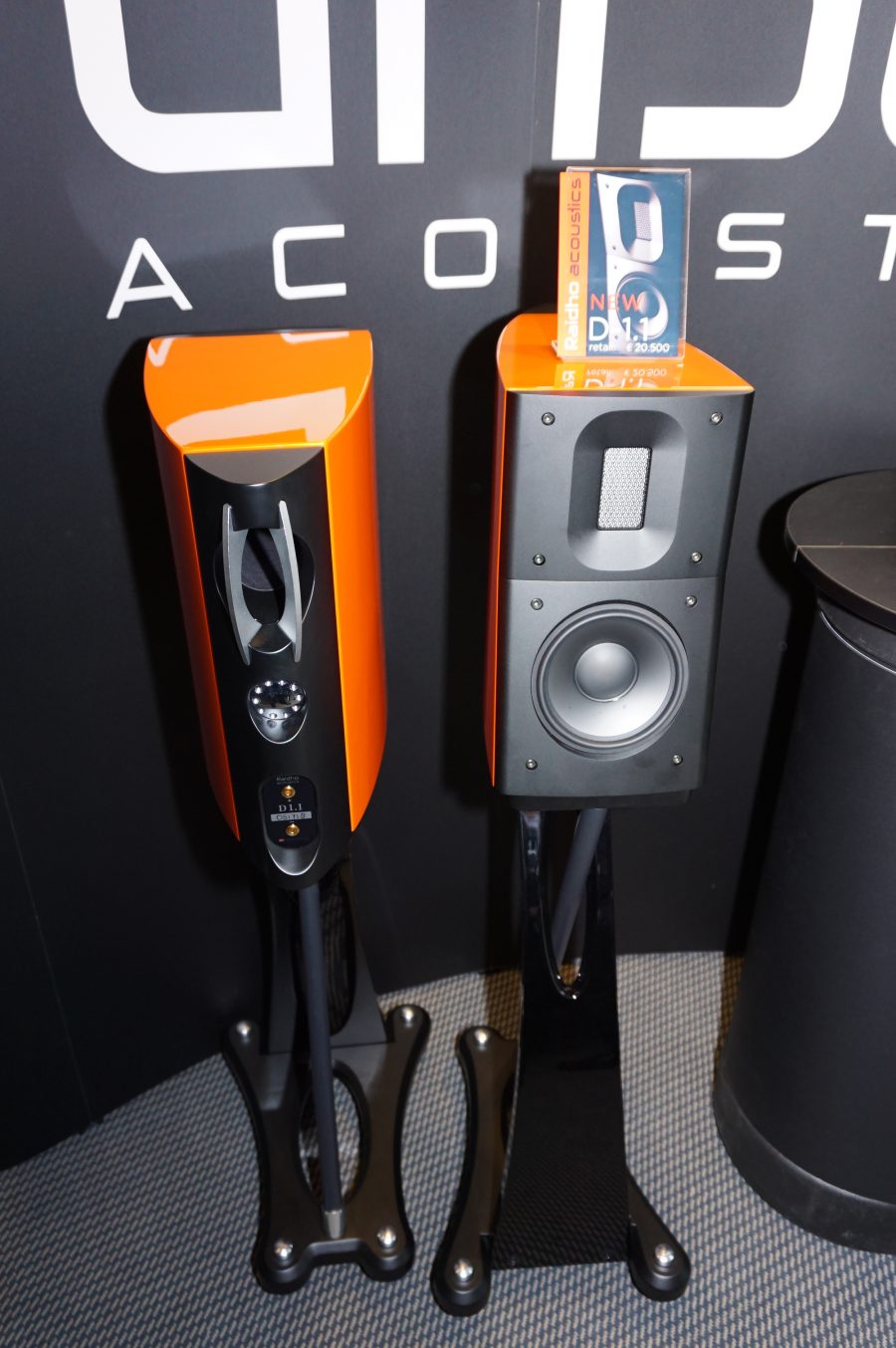 Oh well, the new D X.1 series thanks to the redesigned ports just took care of this and an already fantastic sounding speaker simply got even better. The treble and top extension remains unbelievable, the mid is always closely matched to the human ear’s acoustic preferences and now bass is much more crisp, detailed and punchy.

During the show the D4.1 and D5.1 were playing on turns paired with electronics coming from sister company Aavik, C-300 pre amp and P-300 power amp, good for 150Watts/8Ohms along with a classic Nagra CD player and a Thales turntable with matching tonearm and EMT JSD6 cartridge. All cables and power solutions obviously came from the other company belonging to the Raidho group, Ansuz.

This has been a fantastic demo, I came back again and again to listen to music ranging from pop to rock to classic to country to opera and there was absolutely nothing that was not faithfully reproduced, with that sense of inner detail and natural flow characteristic of the Raidho sound. My only concern was the price, which in typical Raidho fashion was beyond my possibilities, the three way 4 bass drivers, two 4” midranges and tweeter D4.1 which I admired immensely would set potential buyers back a slick 100.K euros. The D5.1 is better to leave aside, unfortunately (for me that is) even the small two way D1.1 comes at 20.000 euros. I’m afraid no one is perfect.

RMAF 2107: Nagra, Wilson define the state of the art

I found myself getting short of breath at RMAF not long after I entered room 1030 at the Marriott Denver Tech Center. I put most of the blame on my general middle-aged poor health, combined […]

Ever since I bought my first linear tracking turntable off eBay some six years ago (a Technics SL-10, natch), other linear trackers have held a bit of fascination for me, and none more so than […]

This was probably the most beautiful looking room at Rocky Mountain Audio Fest this year to me. I mean your eyes just kinda went ‘CAYOOGA!!’ in a Loony Toons cartoon character (think old-fashioned car horn) […]