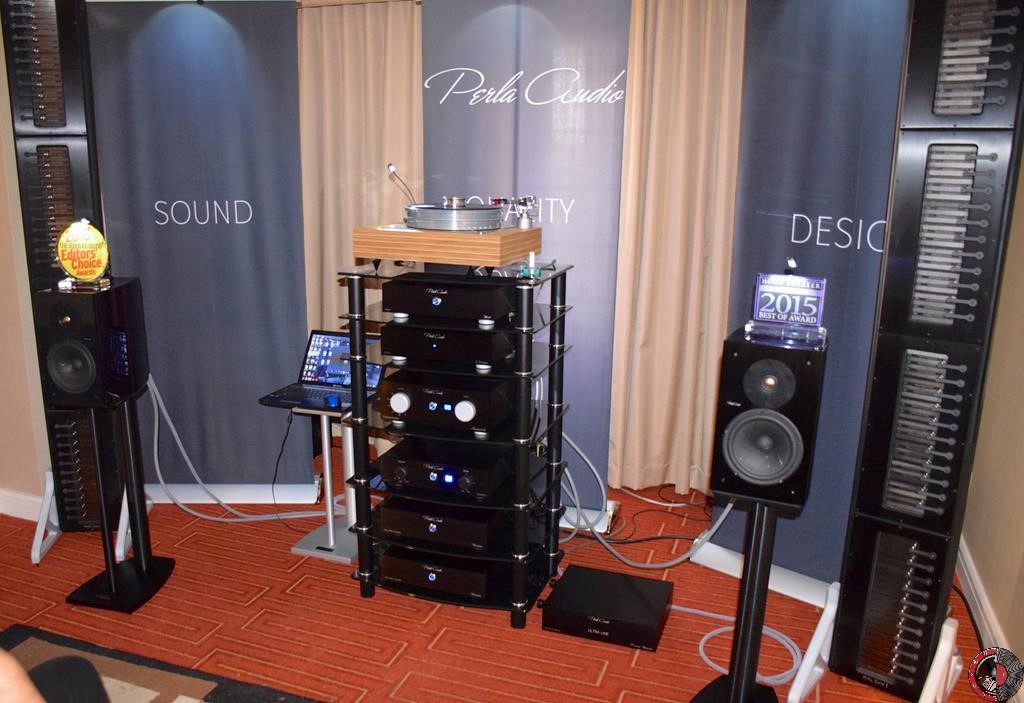 Sparks, Nevada-based Perla Audio has come a long way in a short time. Founded only in 2012, the family-owned company has increasingly been generating attention at the major shows. Newport 2016 was a continuation of that trend, with Perla presenting its best-sounding system yet.

Perla was showing its PRS-2 speaker, a sharp-looking minimonitor that features a 7-inch spliced-paper cone driver and a 1-inch beryllium tweeter. Frequency response is listed at 70 to 20,000 Hz, with a sensitivity of 90 db.

A demo of Roxy Music’s “Avalon” showed the PRS-2s ($7,800 a pair) offer the detail, pinpoint imaging and deep soundstage of the best stand-mounted speakers. The high frequencies, especially, were clean and smooth. There was a slight leanness to the presentation, which I prefer to an artificial upper-bass bump on small models that try to do everything. This, for bass fans, could easily be solved by a well-chosen subwoofer, such as a REL, dialed subtly to fill the bottom out. 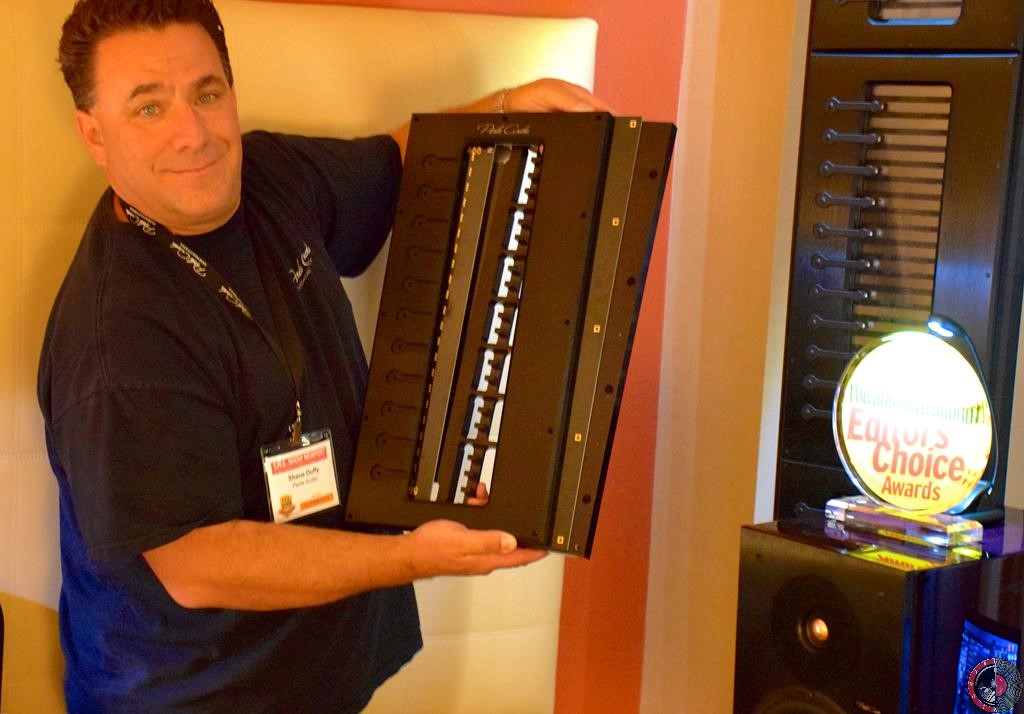 So far, Perla has aimed at the mid-priced level of the high-end, but it is preparing to crawl out of that shell and test the currents in the cost-no-object waters. It is developing a statement speaker that promises to break some new design ground. The company offered a teaser look at that model in Newport — an 81-inch-tall, 230-pound planar magnetic that representatives said blends a point source design with a line source.

The speakers each will have eight full-range drivers a side and will be outfitted with three voice coils that contain solid silver windings. If all that wasn’t enough, there will be external subs as well. Price will be somewhere around $130,000 when introduced next year.

Shooting for the moon like this could be a Las Vegas-style gamble for the young company, but if it indeed can take the performance improvements of its present models to another level, Perla could end up with a hand strong enough to challenge the industry’s big-time players. We’ll keep you updated.

How many Simolians do you have to part with these days to get good sound? I mean, really? Is it even possible, or just a frustrating pipe dream? That seems to have been Topic A […]

I had to chuckle a little to myself when Volti Audio rolled out what it described as its “compact” loudspeaker at the Los Angeles Audio Show. Calling the new model small, however is kind of […]

Around 20 years ago, I met my friend Howard at the local Atlanta audio club.  Over time Howard and I became pals in part because we both loved Magnepan speakers.  But we also loved exploring […]