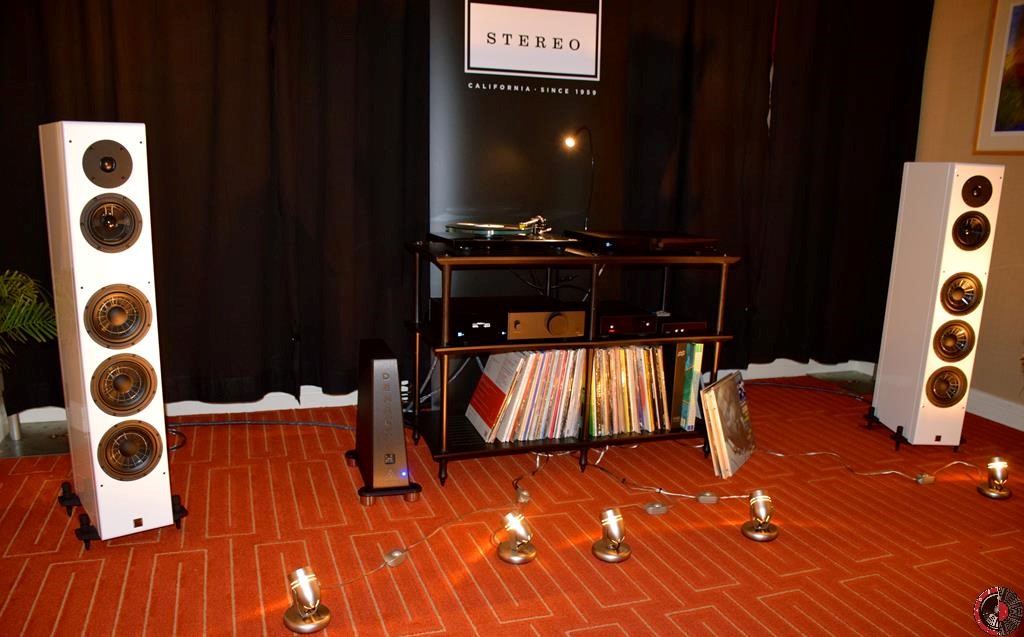 It’s typical these days at the major audio shows for manufacturer rooms to vastly outnumber exhibits by retail equipment shops. It takes a big commitment, both in time and money, to send most of your small staff to an event. And, let’s face it, the digital craze has “disrupted” quite a few longtime brick-and-mortar operations right out of business.

That’s why I’m always heartened to see a fixed-location retailer that not only is still thriving, but is hitting the audio circuit with enthusiasm as well. One of those hardy outfits is Shelley’s Stereo, a Woodland, Calif.-based store that first opened its doors in 1959.

The folks at Shelley’s brought a truckload of intriguing gear to T.H.E. Show in Newport. Speakers were the Vienna Acoustics Beethoven Concert Grands  ($8,500 a pair), driven by a Lyngdorf TDA1-2170 integrated amplifier that included a DAC and room correction ($3,995). Vinyl was spun on a Rega Planar 3 ($945) with an Exact 2 cartridge ($595). Cable was Shunyata’s Venom series, and all the equipment was plugged into a Shunyata Denali power conditioner.

Albums sounded especially good on the modestly priced Rega Planar 3, which a Shelley’s rep explained was brand new throughout “except for the belt and dust cover.” The turntable features a low-mass acrylic plinth, an improved tonearm with stiffer bearing housings, upgraded wiring, more robust bracing and a 12mm float glass platter. 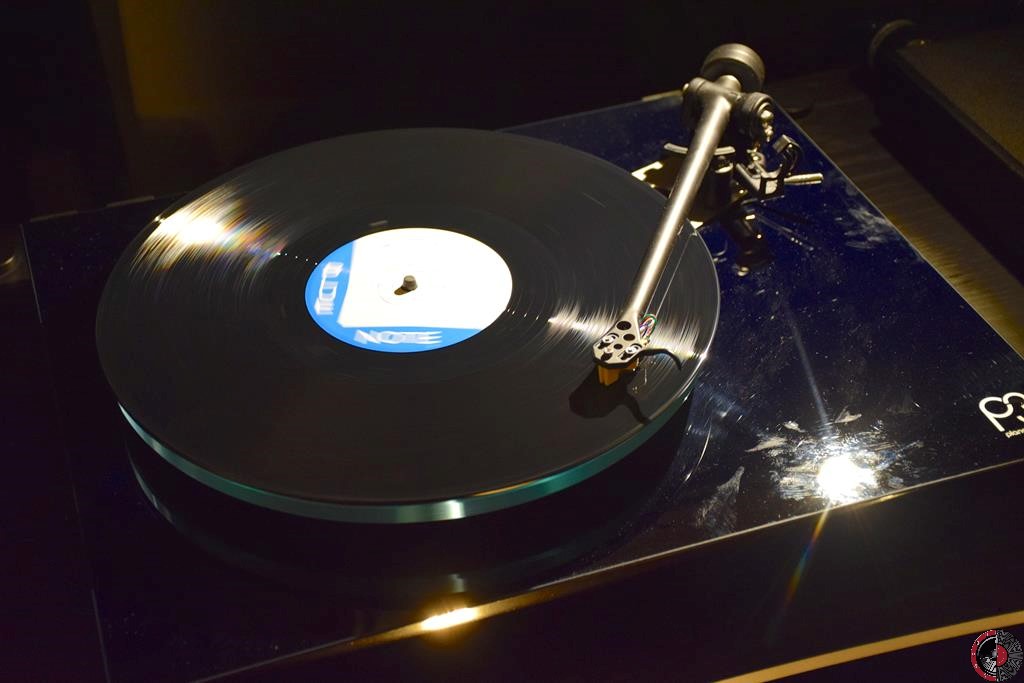 Credit for the system’s performance also was given to the six-outlet Denali, which the sales associate said was born from research on critical medical equipment. The Denali is said to offer patented noise isolation chambers, special filtering, vibration control and cryogenic treatment of essential parts. According to Shunyata, one of the unit’s benefits is that it avoids compression of the musical signal, allowing a system to reach its full dynamic-range potential.

For my demo, I listened to a cool track by Lake Street Dive, a young Boston-based band that cooks up a heady stew of rock, pop, soul and jazz. The group’s cover of Paul and Linda McCartney’s “Let Me Roll It” from the Dive’s 2012 EP Fun Machine was loose, energetic and, well, fun — just as I’d heard it live last year. The sound seemed to be a bit accentuated at both ends of the frequency spectrum, but that could have been the recording or possibly an indicator the Denali was living up to its claims. Overall, though, the vocals were focused and each instrument was well-placed in the generous soundstage.

We audiophiles need somewhere to audition our toys — and to buy them. Purchasing direct from a manufacturer, even those who offer a money-back guarantee, can be stressful. And, for some of us hard-core nutjobs, all those trips to the corner stereo shop are as much of a pastime as listening to our own gear at home. So, I hope traditional outfits like Shelley’s can keep at it. I look forward to continue visiting them at future shows.

Is the absence of any coloration its own signature coloration? During my time with the TIDAL Audio Prisma preamplifier, I found myself asking that very question. People like me who listen to music for a […]

The Best Turntables [Editor’s note: Welcome to the Part-Time Audiophile Buyers Guide for 2021! This year we decided to mix it up a little by breaking up the Buyers Guide into sections, which makes it […]

It’s a matter of refinement: The Shunyata Hydra Triton arrives

Had a bit of luck with scheduling yesterday, so I was able to slip out and pick up my newest toy, Shunyata’s (currently) top-of-the-line Hydra Triton. I’ve owned Hydras in the past and have been […]