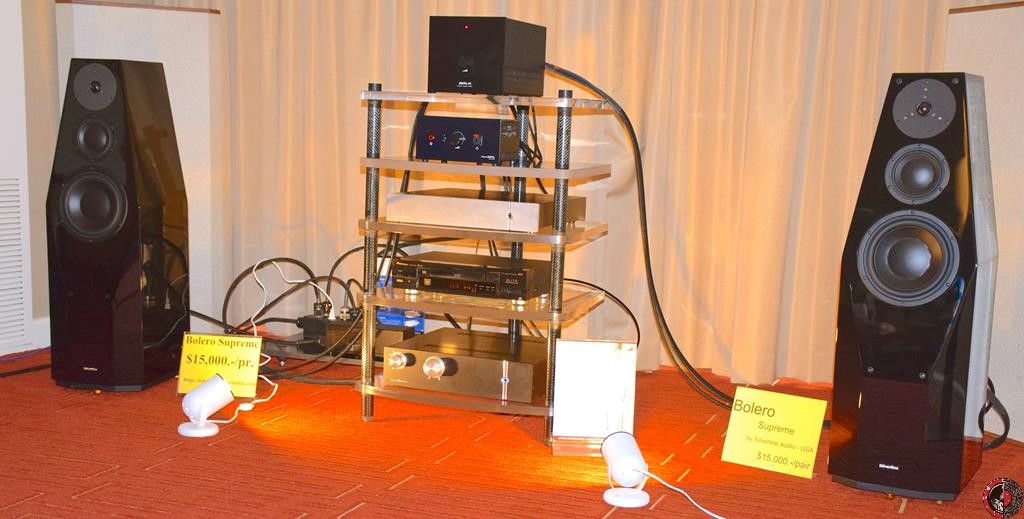 Linear Tube Audio has only been around for a year, but its founder, Mark Schneider, had a long career as an engineer. One of the products he developed was the world’s fastest document scanner, before he was forced into medical disability retirement. But a miraculous recovery brought him back to what had been his other passion for years — creating innovative tube amplifiers.

The new company chose T.H.E. Show in Newport to launch a production model of its ZOTL40 power amp, a 40-watt output transformer-less design ($5,800). It was shown with Linear’s nifty MicroZOTL preamplifier/headphone amp ($1,695). Other equipment was Silverline Audio’s Bolero Supreme loudspeakers ($15,000 a pair), a Musica Pristina network player ($5,000) and tube DAC ($16,000), and $6,000 worth of wire from Grover Huffman Cable. Finishing touches included a Composite Component rack ($7,500) and room treatment by Resolution Acoustics ($5,900 as shown).

When I arrived, a rep was playing Peggy Lee’s 1958 version of “Fever.” Although I never can stop the infamous Elvis “Aloha From Hawaii” performance from popping into my head, the Lee take is arguably the finest of the many covers of this Eddie Cooley-Otis Blackwell song. Lee’s sultry voice sounded immediate and textured, while the finger snaps and moody drums (played by jazz legend Shelly Manne — partly with his fingers) had a tactile quality, with impressive weight and impact. Session bassist Joe Mondragon also was well-served, establishing the slowed-down tempo requested by Lee. 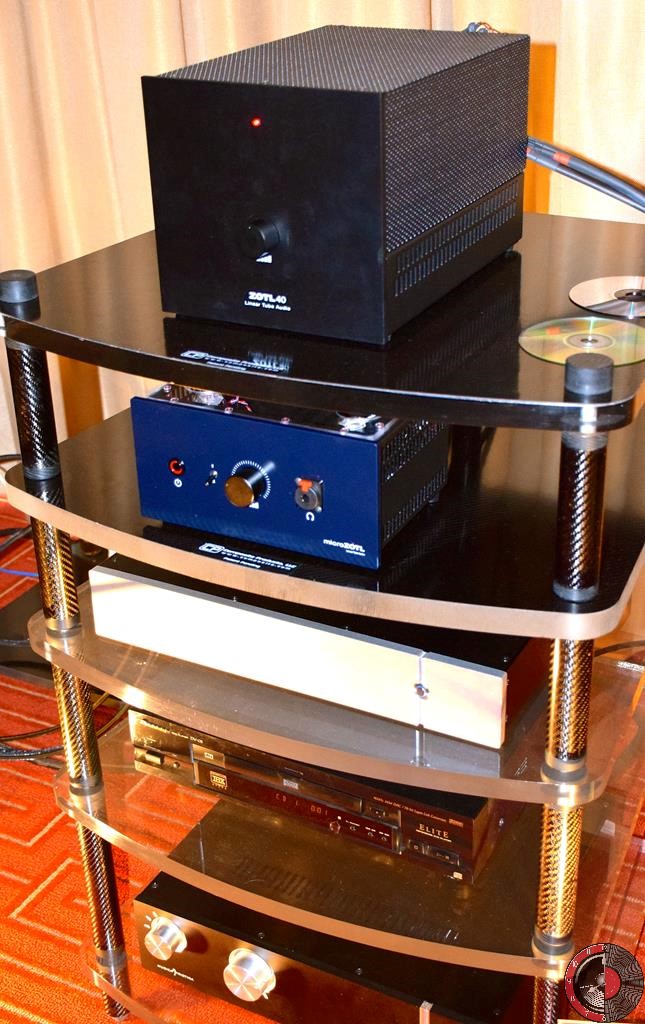 Another track, this one a recent off-kilter pop tune by the idiosyncratic Sia, showed the Linear gear to be remarkably free of the sometimes overly warm coloration typical of some tube designs. The two units also had exceptional speed and admirable handling of transients.

Schneider claims his particular OTL design is responsible for the “non-tubey” presentation. At the same time, the Linear amp/line stage combo avoided the tilted-up sound of certain solid-state components. How does he do it? Schneider offers the following explanation on his website:

“First, the audio signals ‘ride’ a carrier frequency, which amplifies them, then the carrier is removed and the remaining audio is delivered to the speaker, similar to how a radio station and receiver work. This changes the impedance plane to match the impedance of the speaker, so the audio output transformer is no longer required to match the tube to the speaker. An impedance converter accomplishes this match-up. This super-linear amplification process allows the amplifier to have a flat frequency response from 8hz to 50Khz, which is near impossible with an output transformer.”

Whatever the reason, it appears Schneider can claim a second miracle: a remarkably neutral tube amp and preamp for less than $8,000 combined. If he can continue on this path, Linear Tube Audio could have a healthy future indeed.

Usually when I visit the Linear Tube Audio room at a high-end audio show, their amplifiers are matched with Spatial Audio loudspeakers, which are a synergistic match. Or they’re paired with Fern & Roby speakers, […]