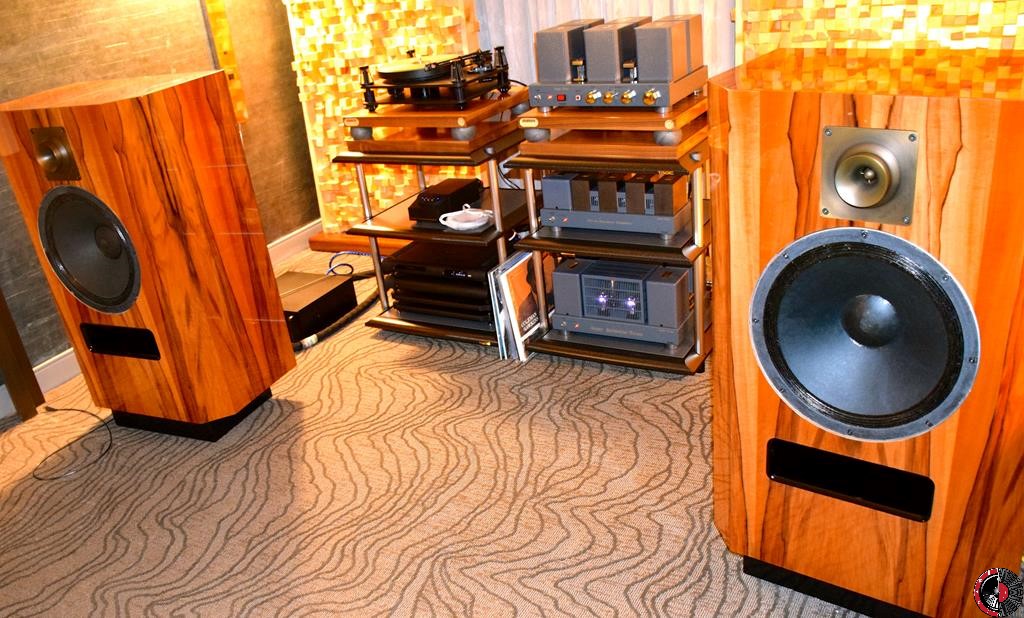 One of my biggest pleasant surprises of June’s T.H.E. Show in Newport was the discovery of Natural Sound Europe. The Slovenian company announced its presence on these shores with a jazz-trumpet blast from two very imposing — and drop-dead gorgeous — speakers. 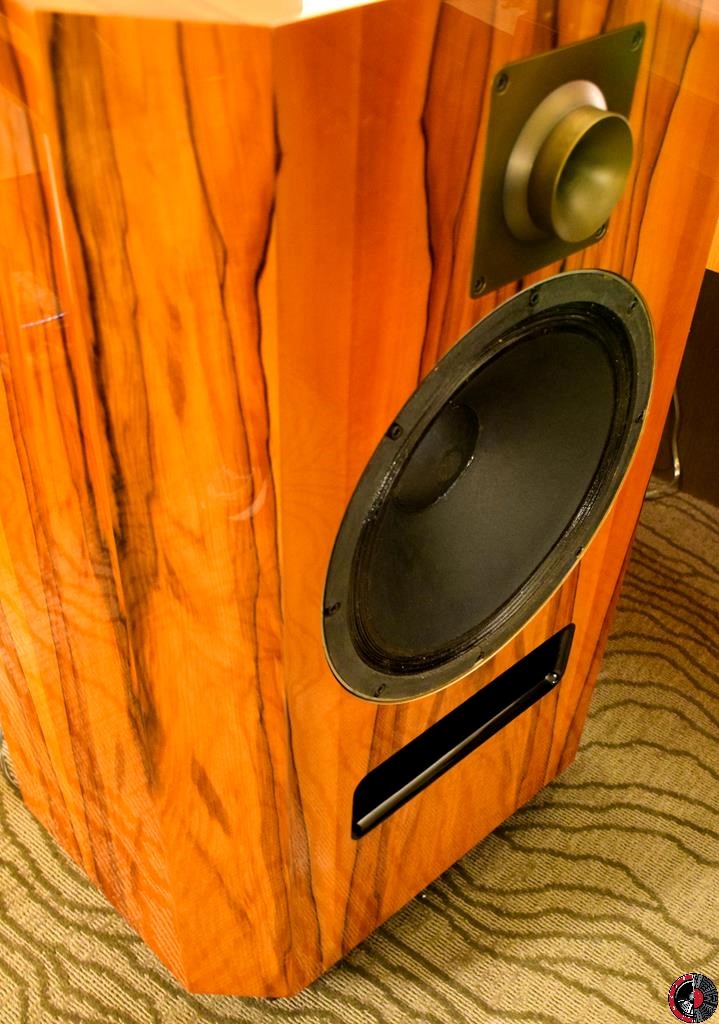 The brand was back at the Rocky Mountain Audio Fest, bravely lugging the aforementioned transducers, called the Natural Sound 1, all the way up to the fourth floor of the Marriott Denver Tech Center. And the sound coming out of them remained as intoxicating as the hotel’s downstairs bar.

The Natural Sound 1 ($45,000 a pair) seems to be part of a mini-trend in high-end audio of getting back to large-woofer/horn tweeter designs. The Slovenian speakers feature a 15-inch woofer and a compression tweeter. That combination produces a frequency range of 30-25,000 Hz. Sensitivity is a tube-friendly 97 decibels.

The pair in Denver was made in Slovenia, with the cabinets crafted from a local apple veneer. The 30 coats of hand-rubbed lacquer produce a deep gloss that makes the beautiful wood appear to be coated in glass.

The emphasis on doing things the old-fashioned way extends to what’s inside the cabinet. The Natural Sound 1 utilizes field-coil technology, which was developed in the early days of home audio. Instead of permanent magnets, the speakers use a plugged-in power supply to create a steady magnetic field for the voice-coil to operate in. (Other modern-day proponents of this approach include Shindo, Line Magnetic and Classic Audio Loudspeakers.)

A demo of Sade’s “Smooth Operator” revealed the system to have remarkable clarity, midrange purity and heft. Bass was deep and full, Sade’s vocals were textured and free of sibilance issues and the percussion was crisp without being etched. Overall, like the speakers themselves, the rig projected a weight and dynamic impact that approached live performance.

Audio enthusiasts may be seeing a lot more of Natural Sound. While at the Denver exhibit, I got the scoop that the company is establishing a North American operation. Steve Ozelton told me his new Natural Sound US has established a listening room in Marina Del Ray, California, and a factory is being set up in the state as well.

“We’re going to start making all of our products over here,” he said.

Besides preparing to craft more Natural Sound 1s, Ozelton is working on a new line of open-baffle speakers that will probably be priced in the $10,000- to $15,000-a-pair range. They are scheduled to appear next year. In addition, he has designed some very attractive acoustic wall treatments ($12,000 for two large panels) and innovative vibration-absorbing equipment stands ($1,650). Natural Sound US also will import Audio Tekne gear.

Along with aiding our nation’s balance of trade, Natural Sound’s expansion into the U.S. promises to be a boon for audiophiles seeking — at least with the model 1s and AT tube gear — old-school high-fi. Definitely a company to watch.

Garrard, the legendary turntable company founded more than 50 years ago is back. Well, not exactly back as it was not entirely extinct. Garrards were still made by Loricraft but it was no more than […]

Welcome to the Best Turntables section of the Part-Time Audiophile Buyers Guide for 2022. The Guide is more than “We heartily endorse this [fill in the blank ].” This collection represents our enthusiasm. Every product […]