Even among committed audiophiles, the subject of whether cable makes much difference in sound quality can stir up more verbal sparring than a presidential debate.

Cables manufacturer Nordost has its own solution to the controversy, and, thankfully, it doesn’t involve hurling insults or physical intimidation. The only fact-checking needed can be done with your ears.

Nordost is a mainstay at high-end shows, conducting dozens of cable A vs. cable B vs. cable C listening tests during the events. I’ve sat through many of them and, believe it or not, I’ve always easily heard the differences. 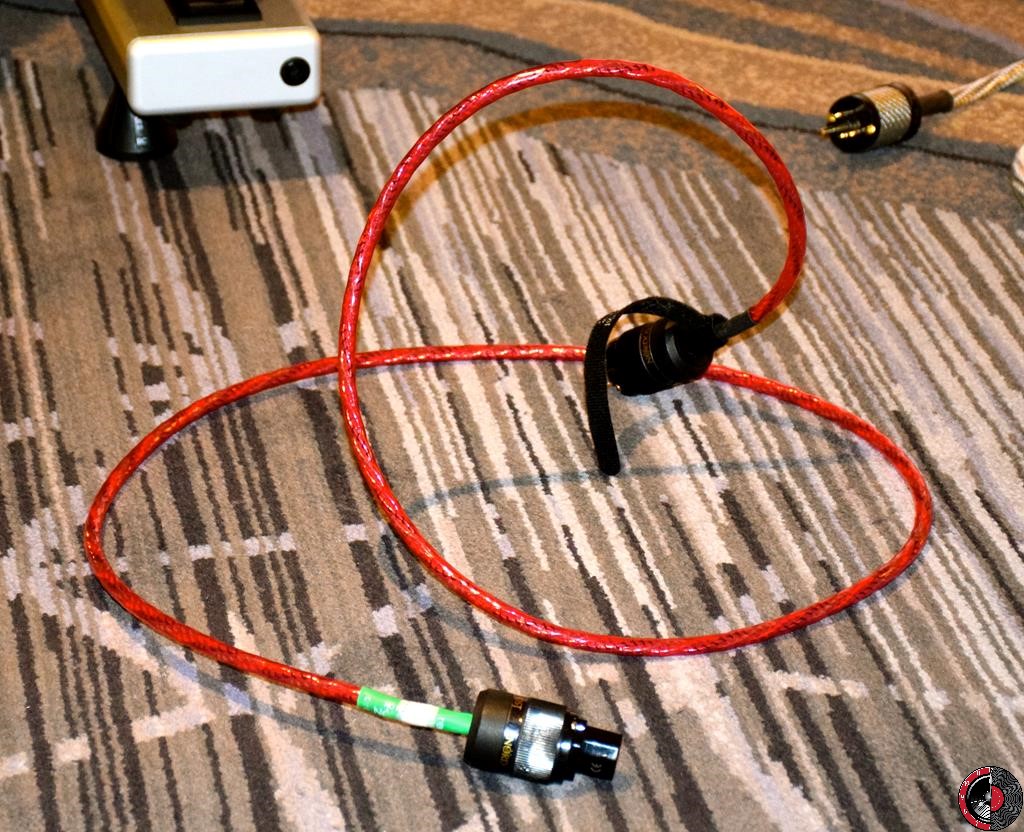 “I’m going to change just one power cord,” he told the dozen or so audiophiles gathered for this session on Saturday morning. “And, to show how much difference a single cord can have, I’m choosing the CD player because that’s probably the least important power link in the system.”

Standing in front of a rig featuring electronics from Balanced Audio Technology feeding Audio Physic Virgo 25 speakers ($15,000), Marko played about 45 seconds of a song using a Simaudio Moon Neo 260D ($3,000) as a transport outfitted with its stock black power cord. The DAC was a dCS Puccini ($23,000 with clock).

The cut (which Marko couldn’t identify later) featured a British-accented male vocalist singing a mid-tempo song that began with a single strike of a small bell, followed by the entrance of acoustic guitars, bass and drums. The sound with the standard power cord, at this point, seemed fine.

Then, Taylor subbed in Nordost’s Heimdall 2 ($600) cord on the transport, and restarted the track. There were gasps and murmurs as the bell tone seemed to hang in the air, on pitch and with more clarity, for what seemed like forever. As the vocals and instruments started, it was obvious there were significant improvements in resolution, air and the “black background” of the recording.

Taylor didn’t stop there, however, yanking out the Heimdall and replacing it with Nordost’s Tyre ($1,700), which has seven solid-core conductors to Heimdall’s three. Immediately, bass tightened, vocals were more textured and the acoustic guitars sounded crisper. 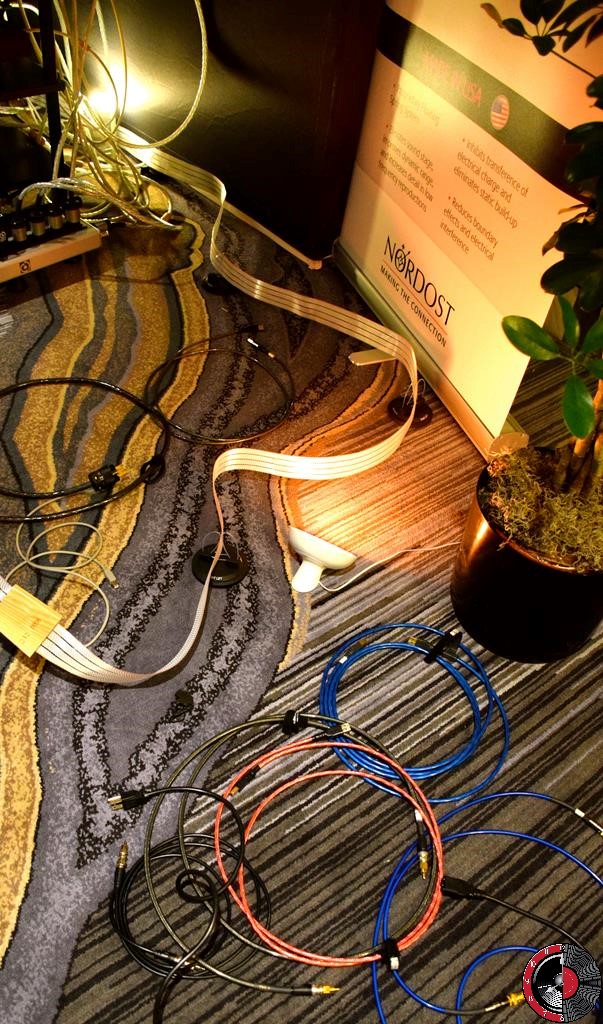 Finally, Taylor cut to the chase and inserted the company’s Valhalla 2 ($5,000, but still one notch down from the flagship Odin). The bass improved even more, seeming to go deeper, vocals gained nuance and that bell … my word, it was just spooky.

“Remember, what your hearing is changing just one cord — the least critical one,” Marko said as he punched stop on the CD player.

I’ve heard a number of other similar convincing demos of Nordost wire at shows, including the company’s speaker and interconnect lines, as well as its novel vibration-control devices. The power cord demo was especially impressive, though, since the Nordost products were only carrying the Denver Marriott Tech Center’s notoriously poor AC an extra two meters to the transport.

Most people focus on upgrading their speaker cable, but Marko contended the biggest sonic improvements would come from starting with the power cords.

Going with the premium-level wire is not for those faint of heart or short on cash. Marko estimated the total cost of all the cables in the RMAF system, which consisted primarily of Valhalla 2, would cost around $150,000. That, although jaw-dropping, was about half of the $300,000-plus cable assortment featuring Odin that I’ve seen at other shows.

“We make everything here in the U.S. (Nordost is based in Holliston, Mass.),” he said. “We don’t import the basic copper from China, either, we process it in-house. And, with the higher lines, we make our own connectors.”

It can take more than an hour to produce a meter of some of Nordost’s pricier flat, solid-core cables. That all figures in the retail sticker.

Still, with even Nordost’s relatively cheaper wires making a sonic difference, it appears only deaf ears would argue against them.

When I signed up to cover dCS at High End 2019, I was thinking BIG DIGITAL. You know, a very expensive system in a big room with one, or several, six-figure dCS stacks. That room […]

NEWPORT 2016: NORDOST Nordost came out swinging at T.H.E. Show assembling a beautiful room of all-star components that just sang together and included the largest turntable isolation base seen since since I started this hobby. Nordost was […]

For those of you not in the know, Hegel was one of the greatest philosophers to take pen to paper. And boy-howdy, did he. One of the most prolific writers of his time, Hegel was […]