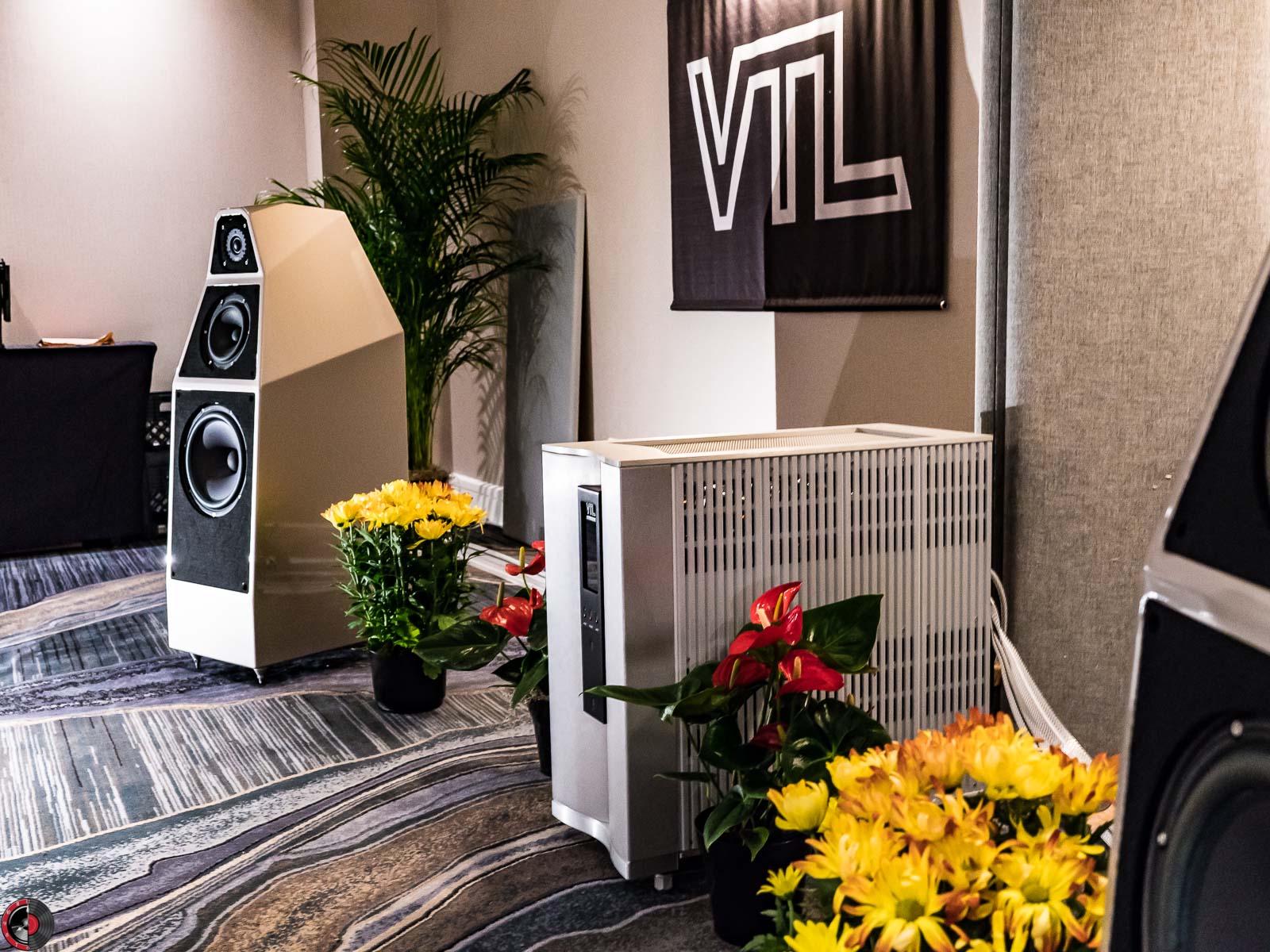 Call it “Wilson Audio: The Next Generation.” The speaker enterprise’s soon-to-be captain, Daryl Wilson, seems poised to take his crew boldly into the future.

The proof wasn’t floating in space dock or stuck in a transporter, it was sitting — fully materialized — seven feet away from me in a ground-floor room at the 2016 Rocky Mountain Audio Fest. Wilson Audio Specialties’ new Yvette, strikingly contemporary and gleaming in its high-gloss champagne finish, looked like something that easily could blend in on the bridge of a J.J. Abrams set.

RMAF was the interstellar launch of the Yvette. Wilson’s number one, Peter McGrath, motioned to high-end federation ally Bea Lam of VTL to make it so, and she engaged the CD player. For the next 30 minutes, a press gathering was treated to a broad selection of spectacular demo tracks.

Company founder and CEO Dave Wilson for some time now has been grooming Daryl, his son, to run various parts of the ship in Utah. The result is that Daryl has been taking the lead on designing many of Wilson’s newest speakers. This transition (Dave likely will semi-retire to chairman soon) has been marked by a photon torpedo-like burst of products in the past 12 months, including the compact Sabrina, the near state-of-the-art Alexx and, now, the Yvette.

The Yvette ($25,500 a pair) is not an upgrade of a previous model, but rather an entirely new design. It falls into the lineup in between Wilson’s entry-level floor-stander, the Sabrina ($15,900), and the Sasha II W/P (the company’s Watt/Puppy successor, $33,550). The Sophia III, which fell roughly in the same slot as the new speaker, has been discontinued.

The Yvette is a ported, three-way design. It utilizes an angled, single box similar in style to the Sabrina rather than the modular strategy employed farther up the line.

Developing the Yvette through an extensive series of mechanical measurements and listening tests, Daryl chose a 10-inch paper-pulp woofer, a 7-inch proprietary midrange and the latest iteration of the company’s well-regarded silk-dome tweeter.

The design also features a round bass port and a horizontally slotted midrange port. An anti-gravity dolly would come in handy as the Yvette weighs 175 pounds on Earth. Sensitivity is 87 decibels.

In addition, vinyl was spun on a Brinkmann Spyder turntable ($21,600) outfitted with a Lyra Etna SL cartidge ($9,995). Standing in for Lt. Commander Data was a dCS Rossini CD player/DAC outfitted with a Rossini clock ($7,499). Cable was about $218,000 worth (not a misprint — I doubled-checked my math) of Nordost’s flagship Odin 2 cable.

McGrath got the aural voyage started with a recent Red Book CD recording by Itzhak Perlman of a Brahms sonata. On the Yvettes, Perlman’s violin had the perfect mix of bite and beauty. The energy and passion of his playing also was unmistakable, a harder trick for a transducer to pull off.

Next was an unfamiliar (to me), but intriguing track by Malawi-born singer Malia and Yello stalwart Borris Blank. The trip-hop-ish “Claire Cadillac” proved the Yvette could easily handle modern production, with the various percussion loops, organ, synth, bass, sitar and cello accents clearly defined and located precisely in the deep, Pro Tools-molded soundstage. Malia’s lead vocal was tactile, and you could easily distinguish it from the background singers.

“The Vvette is the beneficiary of trickle-down from development of the Alexx and the WAMM (Dave Wilson’s soon-to-be released ‘ultimate statement’),” McGrath said.

One of the many outstanding attributes of the Yvette was its firm, deep and tuneful bass and general unshakable solidity. Contributing to this performance likely was the speaker’s heft, along with a cabinet made of Wilson’s proprietary resin material and the use in R&D of the company’s vibrometer.

“Daryl was able to achieve a huge improvement in resonance control,” McGrath said. “The cabinet is made of our ‘X’ material, except for the midrange baffle, which is our ‘S’ material.”

The Yvette is touching down at Wilson dealers now.

Before I left, I stopped to chat for a moment with Lam, who runs VTL with her husband, Luke Manley. Lam said VTL has been enjoying a strong year. The company, which never is one to bombard the market with products, also was using RMAF for a debut of its own.

The TL 2.5 preamp ($3,500 or $5,500 with phono) is the least-expensive line stage in the VTL catalog. Lam said the new unit offers the company’s latest thinking in several areas, including its power supply and the choice of capacitors. The preamp, which was on silent display, is said to offer particularly fast transient response for a tubed unit.

The GoldenEar Triton Reference is designer Sandy Gross’ latest statement, and it’s got exclamation points written all over it. The monster is $8500/pair, and did I mention it’s a monster? Over 100lbs per side, the […]

RMAF 2014: Existence Loudspeakers and Triode Corp make with the sexy-time

I’ll confess: I’m not really a fan of single-driver loudspeakers. I’m not not a fan, either. I have no dogs in this particular race — to me, the ideal of simplicity is one that has to meet […]

Fostex, the brand that brought me one of my all-time favorite headphones, the TH900, dropped a meteorite on CanJam this year. Okay, fine. But it was still huge — the new HP-V8 is something north […]