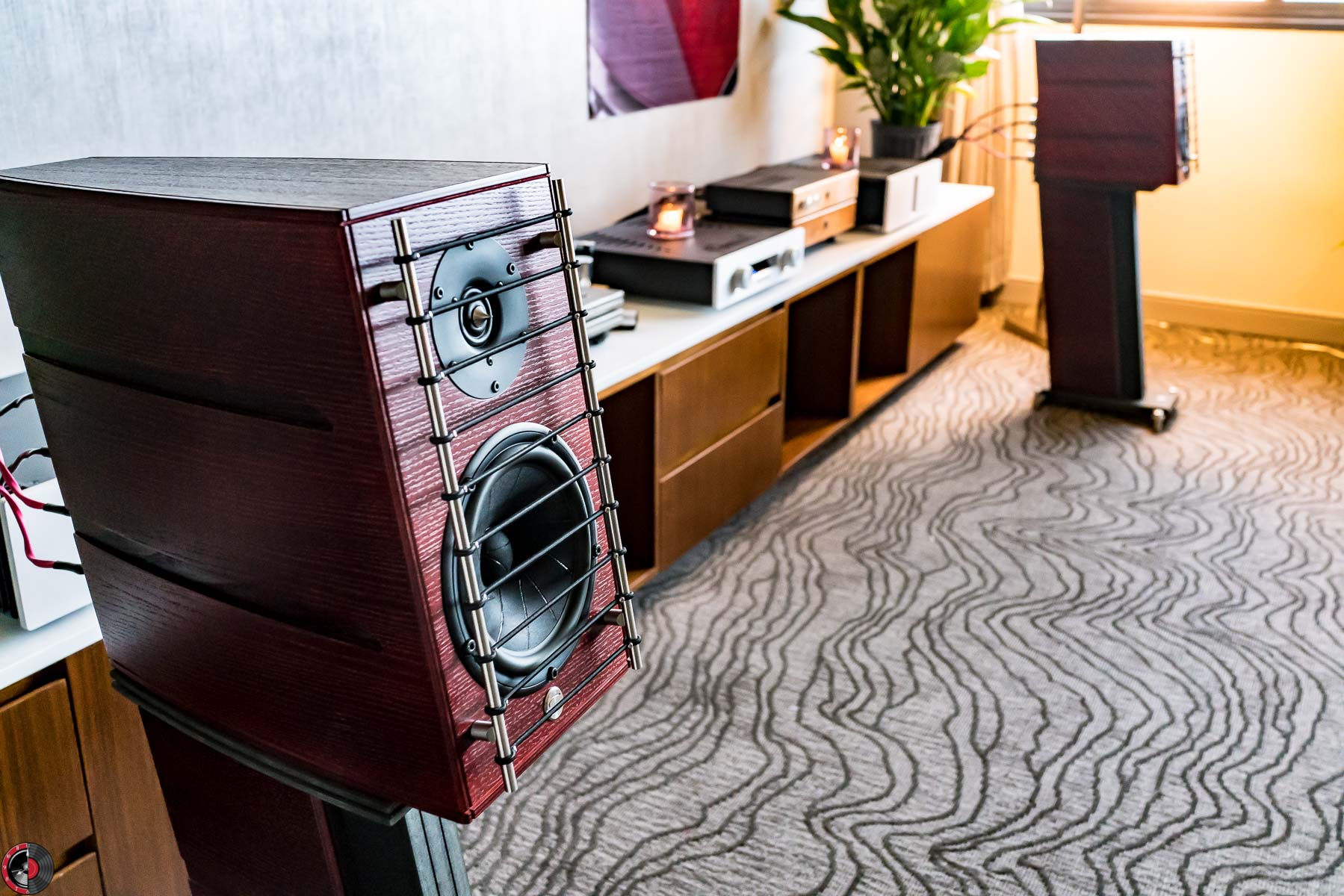 The majority of manufacturers in the high-end concentrate on a limited number of product categories. Some focus on just one. Others, though, seek to run the gamut from speakers and electronics to wire and accessories.

The aptly named GamuT Audio, based in Denmark, falls into this latter category. You could easily buy most of your system from the company, just as you can with a few other similarly ambitious firms like McIntosh Laboratories and Naim.

One of the advantages of going with such a comprehensive equipment maker, aside from saving a lot of shopping time, is that you theoretically don’t have to worry about those puzzling component mismatches. I’m talking about the occasions where you get all excited about rave-reviewed Product A and best-of-show Product B, buy both, and then find out they really don’t like each other — aurally, anyway.

On the other hand, if you love the way an A-to-Z manufacturer has voiced one component, you’re probably going to like them all. And you don’t have to worry about an interloper throwing off the balance.

GamuT, as with other firms adhering to this goal, certainly doesn’t mind selling one or two products for you to play mix-‘n’-match. But it also wants you to give a thought to being a one-brand customer for the core of your set-up.

To get that point across, the European company was showing a primarily Gamut-badged system at the Rocky Mountain Audio Fest.

“We picked components from our line that would work best in a small- to medium-size room,” said Michael Vamos, president of GamuT USA.

GamuT did share its RMAF stage with a few other companies in supporting roles. Pear Audio provided its Kid Thomas/Comet 2 turntable and tonearm ($9,900 with external power supply) and its Reference phono stage ($4,495). The cartridge was an Ortofon Cadenza Black MC ($2,750). Power conditioning was through an Isotek EV03 Aquarious ($2,250).

Vamos said the RS3i speakers have a frequency range of 34-60,000 Hz. The unusual extreme high-frequency extension seeks to ensure tones in the range of normal hearing are not degraded by the absence of higher harmonics. If you’ve ever demoed an add-on supertweeter, you’ve probably heard the theory in practice. Done right, it can bring improvements in air and soundstaging.

The construction of the speakers contains more creative thinking.

“We use very little damping on the inside the cabinet,” Vamos told me. “All damping really does is turn some of the music into heat. We prefer to try to use the cabinet itself to get better sound.”

Those boxes, by the way, aren’t likely to move around much in the absence of some fiber stuffing. The enclosures are made from 21 layers of wood.

In addition, the RS3i is a ported design. But as you might be guessing already, GamuT doesn’t follow convention here, either.

“We don’t use the port to tune the bass,” he said. “We use it for impulse control.”

I auditioned the GamuT system with a record Vamos had on hand, an Analog Productions white-label pressing of “Soular Energy” by the Ray Brown Trio, featuring pianist Gene Harris and drummer Gerryck King.

There are many systems that do piano pretty well, but fewer that deliver a tone that really makes you sit up and take notice. Harris, who was mounting a comeback after some fallow years, plays with expert touch and sophistication on this LP.

Whether it was the high-frequency reach of the RS3i transducers or the quality of the rest of the system (probably both), the tone and pace of Harris’ performance was impressive. Brown’s bass also was deep and tuneful, and drums had the impact of a live kit.

Overall, GamuT seemed to make a good argument for letting one brand (nearly) do it all.

Devore Fidelity is still monkeying around, Doshi Audio goes hybrid, and J. Sikora sets a new Standard. The Story Doshi Audio has grown into its commercial and critical success, achieving recent prominence in the high-end […]

Paul Manos of High Fidelity Services in Hingham, Massachusetts is a perennial show favourite. Their exhibit at this year’s Axpona was no different. Paul was pulling double-duty between two rooms showcasing his curated stable of brands, […]

AXPONA 2017: High Water Sound is what it’s all about… the music

There’s a quote I got from Peter Qvortrup of Audio Note UK which I brought up a number of times over the weekend in Chicago at AXPONA, and it goes like this: “There’s far too […]