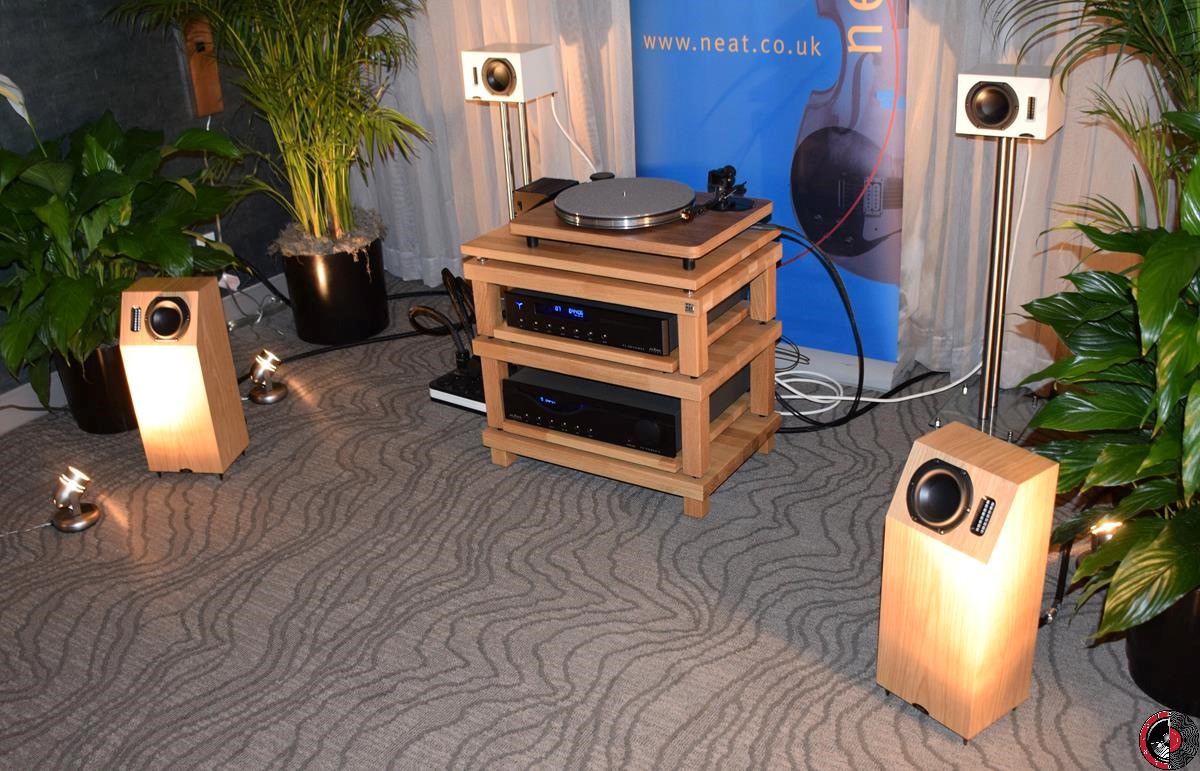 When trudging down the hallways of a hotel packed with $200K+ systems, finding an exhibit making great sound at a more affordable level is almost as refreshing as encountering a room with an enabled air-conditioner.

A cool breeze and some engaging music greeted me as I entered the High Fidelity Services space at the Rocky Mountain Audio Fest. The contemporary, very compact speakers sitting at center stage, illuminated by spotlights in the dim room, were Neat Acoustics’ Iota Alpha model ($1,995 a pair). The sound coming from them seemed incongruous with their size and price.

The Iota Apha is intended as a floor-stander, although it is only 45cm (shy of 18 inches) tall. The cabinet is internally split into two chambers. The upper half is sealed and contains a 50mm (roughly 2-inch) EMIT planar magnetic tweeter and a 10cm (4-inch) mid/bass unit.  The front baffle is angled sharply for dispersion. The lower chamber contains a downward-firing 13.4cm (approximately 5.25-inch) woofer and is ported.

The speakers have spikes on the bottom and can be arranged to have the tweeters on the inside or outside portion of the cabinet, as a listener would see them. This allows some customization for the buyer’s room.

I pulled out my homemade test CD and asked to hear one of my go-to tracks during this show, “Golden Age,” from Beck’s Sea Change. Soon, the downbeat tale of lost love was unfolding beautifully through the little Iotas. 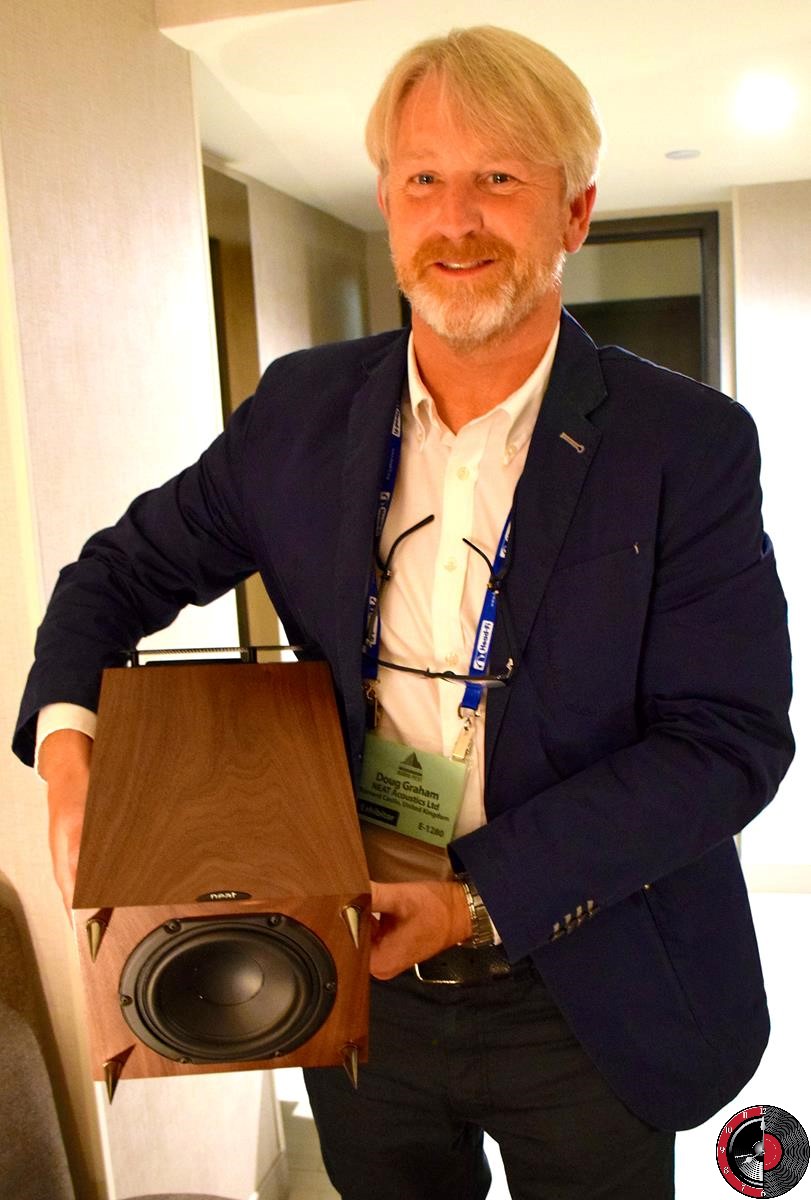 The thing I noticed first was the clarity of the recording. Instruments were clear and well-rendered, with Beck’s acoustic guitar occupying a sharply defined space in the mix and the glockenspiel notes trailing far back into the deep, lush soundstage. Beck’s downcast mumble, meanwhile, was reproduced not only with impressive resolution, but the Iotas also opened a window into the dumped singer’s hung-over, shattered psyche.

If I’d been blindfolded, I would have thought I was in another room, listening to some towering statement transducers driven by hulking monoblocks. But beyond the resolution was a rare intangible factor. I hate to use the word “magic” in the high–end, where there’s already too much attempted hocus-pocus, but these speakers truly had something special.

Helping the Neat speakers pull off this act was a rack of other reasonably affordable products, including the Audia Flight FL Three S integrated amplifier ($3,995 with phono stage). Audia Flight is an Italian company unfamiliar to me prior to RMAF, but the introduction only left me wanting to learn more.

The FL Three is a marvel for its price range. Its thick faceplate, attractive display and hefty aluminum remote convey elegance and fine engineering. What’s inside is just as impressive.

As the Beck track finished and I prepared to merge back into the warmer environs of the megabuck systems, I scribbled a few stars at the top of my legal pad. This approachable gear joined my short list of the stuff I most want to get into my home listening room for full review. Neat, indeed.

RMAF12: Under Analysis for my Panel Madness

I really like big panels — and the $24,400 Omegas (with optional external crossovers) from Analysis Audio certainly qualify as “big”. The challenge, of course, is powering them adequately, where ‘adequately’ = “lots”. Voila, the […]

The Audio Show and the Myth of Crappy Sound Quality

I was cruising the web today and found this on the new HPSoundings: Unfortunately, this show was not the most awe-inspiring in terms of overall sound. What show is? Mostly, I was left wanting something, […]

The Audio Show Blasphemy. That’s what it is, plain and simple — blasphemy. I mean, how is it possible that “The Denver Show” isn’t the greatest audio show on Earth? The very idea boggles the […]