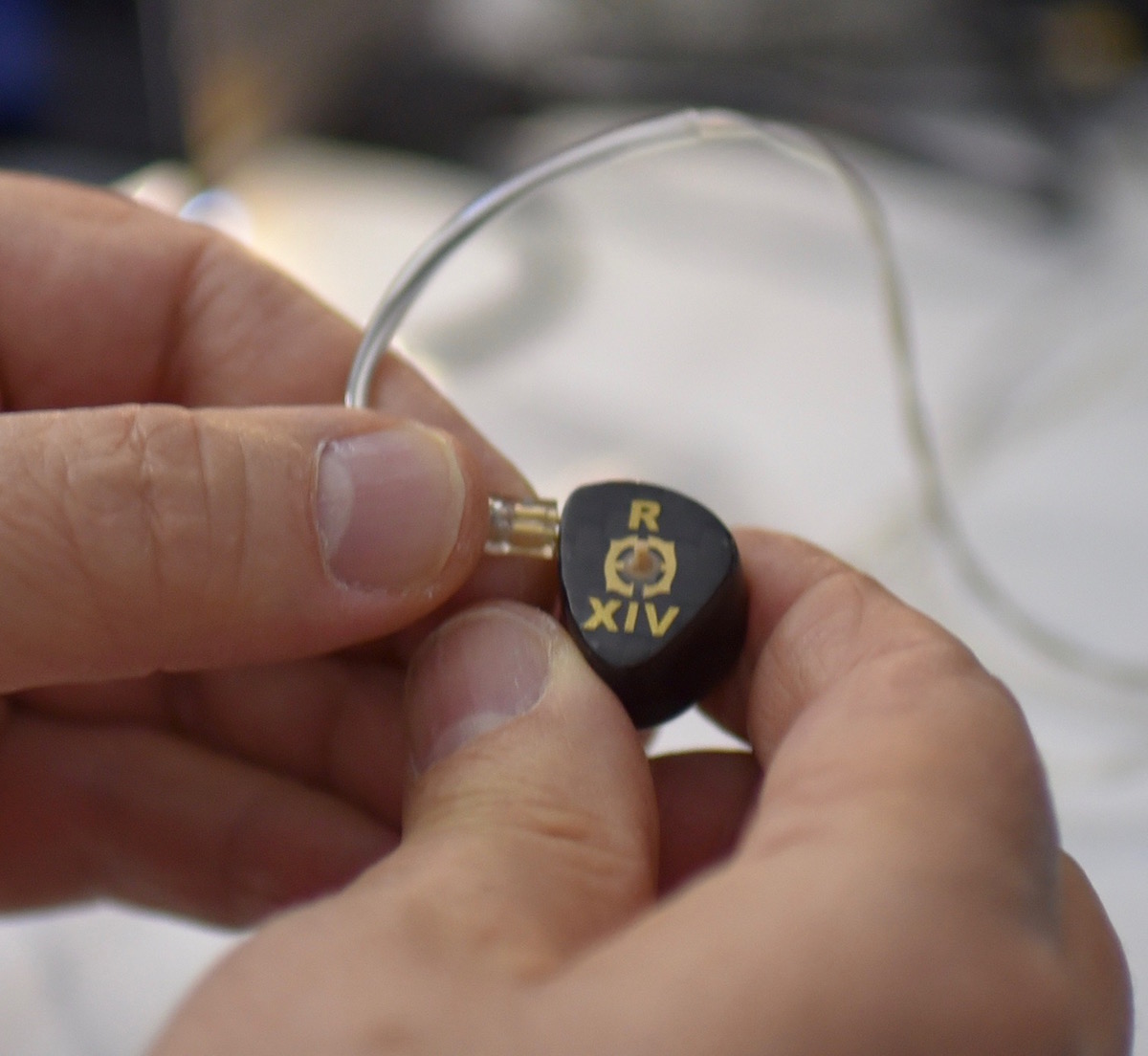 Perhaps my favorite moment from RMAF boiled down to a nice man in a cap. This nice man may save us AC/DC fans from losing Brian Johnson and make it possible for us to get better and safer IEMs in the future.  The man in the cap is Stephen Ambrose and he has invented a new way to manage ear canal sound that is less damaging to the ears.  The technology is a bit complex and stems from research at Vanderbilt University.  But the upshot is that the technology can be added easily to IEMs to preserve our hearing.  And Stephen Ambrose credentials for discussing IEM technology?  Well in 1974 (!) he invented the first professional inner ear monitor.

Now combine this with the fine Vang brothers from Empire Ears. Empire Ears is a bit new on the IEM scene. While not as well-known, this somewhat unassuming Georgia-based company showed up at the inaugural CanLanta 2016 and had the full line on display.  A friend of mine dragged me over to listen to their Zeus IEM which has 14 drivers (!).  The sound quality was spectacular.  Jack Vang asked if I wanted to review it and I said yes before realizing they would have to take ear impressions.  Jack, a trained audiologist, made the impression process painless and easy.   I was due to have a pair sometime in early October.  Well things got delayed and in talking to the company, they said the slight delay was due to upgrading their line with Ambrose’s ADEL technology.  They feel this is an important technology advance for their designs that will allow better sound and safer listening.  Given the concerns over hearing loss with IEMs and my strong use of portable audio as a “road warrior” management consultant, I felt this was probably a good thing worth waiting for.  They asked me to wait until November.  No problem.  But what is this ADEL technology and why is Empire Ears so excited about it?  Zeus already sounds pretty good, why add ADEL?

Let’s “unpack” the solution, as we say in consulting…

ADEL is essentially a pressure relief valve for your ear canal.

You see, when the ear canal is completely sealed off, sound pressure goes straight to the eardrum.  Long exposure to sound pressure fatigues the eardrum and can cause hearing loss.  ADEL technology provides a “relief tunnel” of sorts for that pressure to escape.  You get a more natural sound on your ear “timpani” and less flexing of it which makes for safer hearing and a greatly diminished chance of hearing loss.  Perhaps the best way to think of this relief valve is that it is a second eardrum that vibrates or flexes back and forth when the sound pressure builds in the canal.  This second eardrum takes the beating and not your ear drum!

Seeking to capitalize on this, Asius and Empire Ears announced a partnership back in September to include the latest ADEL technology in the Empire Ears line.  These “second eardrums” are being implementing as piston like structures in the Empire Ears assemblies.  My new Zeus pair will have these “pistons” in them and I will be able to report on my sound impressions soon.

As for AC/DC, Stephen Ambrose is able to build a better hearing aid that works at lower levels in a way to restores hearing for a number of people.  Paul Stanley of KISS started things off due to a birth defect that left him without hearing in one ear.  He now has a foundation that seeks to restore hearing for rockers.   Stephen is helping and Brian Johnson has now recovered much of his hearing with Stephen’s help.  Now Axl Rose is doing respectable work with AC/DC by all accounts but Brian is the real, original deal.

The “nice man in the cap” may just save our hearing and AC/DC too.

I approached this year’s Rocky Mountain Audio Fest with a strange mix of excitement and trepidation.  The long-time venue of the Denver Tech Center Marriott was in the midst of significant construction which literally shut […]

Recently in Atlanta, headphone enthusiasts from all over the Southeast gathered at the local Marriott Century City to hear the latest from some of the best manufacturers of portable audio gear. The was the culmination […]

The Ear Gear eXpo at AXPONA followed quickly on the heels of the all-headphone extravaganza of Head-Fi’s CanJam SoCal, which made double-coverage tricky and somewhat problematic — an issue I “solved” by giving some admittedly […]