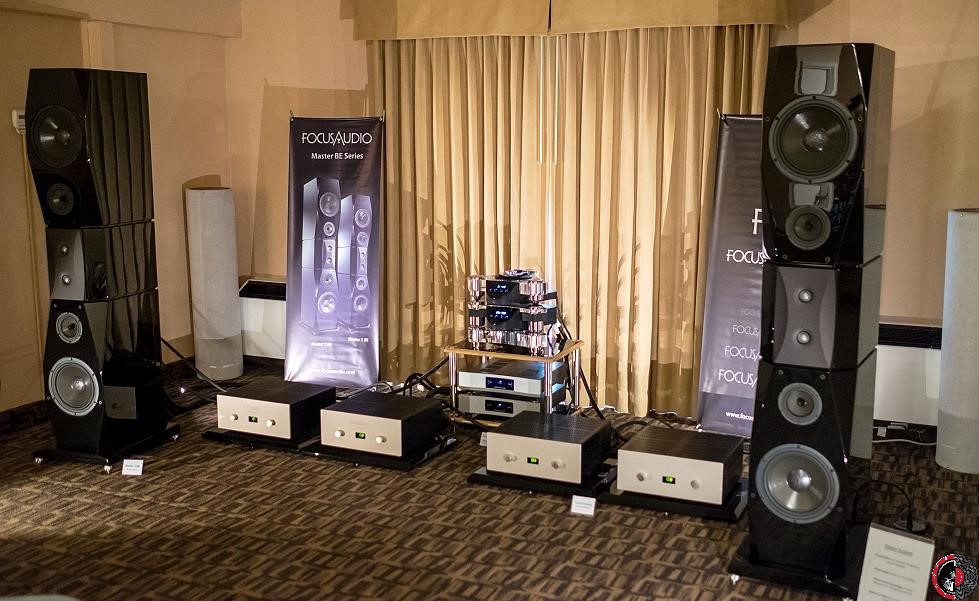 The Focus Audio Master 2 BE Speakers (USD$ 45,000) may look similar to the pair which was shown in last years’ TAVES,  these are in fact the next model up from the Master 3 BE (US$ 35,000).  The Master 2 BE is Focus Audio’s flagship loud speaker featuring two 11″ Nomex / Kevlar Hexacone woofers, two 5.5″ Nomex/ Kevlar Hexacone midrange drivers and two all new beryllium tweeters, all housed in an d’Appolito configuration.  The new tweeter is said to offer much improvement in imaging and frequency response.   The speakers were driven by two pairs of Focus Audio’s dual chassis Liszt Concerto Integrated amplifiers (US$ 25,000 ea).

As much as I am a fan of Focus Audio’s loudspeakers, their poor choice of demo music did not do the speakers justice.    I went back to the room multiple times and they were either playing some glockenspiel music or Kodo drums on repeat.   When asked if I can hear some ‘real music’, they pulled out the movie soundtrack “A City of Sadness” which has a mixture of electronic music once popular as an audiophile demo track back in the early 90s.    A sneak peek at their desk revealed a stack of audiophile demo music – not real music in my book.

Thankfully, on late Sunday afternoon I was able to hear Roger Waters just before they were about to close the door.

The sound was inviting and musical, but the speakers could use a more powerful amplifier which I am certain would create much better imaging and dynamic contrast.  Having said that, these are amazing speakers with beautiful tonality, only if I could hear them with a Viola Bravo or a Ch Precision M1, may be next year ! 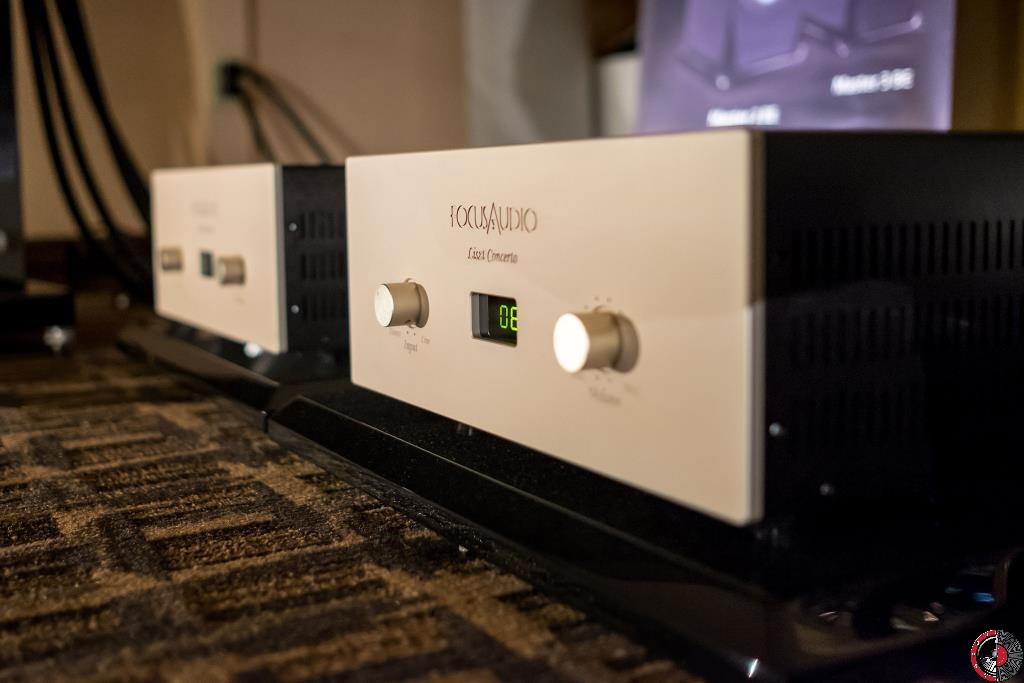 By Richard H. Mak If there is ever an award for the most dynamic sounding system of the show, I’ll have to give it to DVL Audio’s CH/Viola/Magico system. DVL Audio is the Canadian distributor […]

By Richard H. Mak There were many seminars this year at TAVES with great attendance by people who came to learn about new technologies and new trends in the Hi-Fi world.   One of these seminars […]