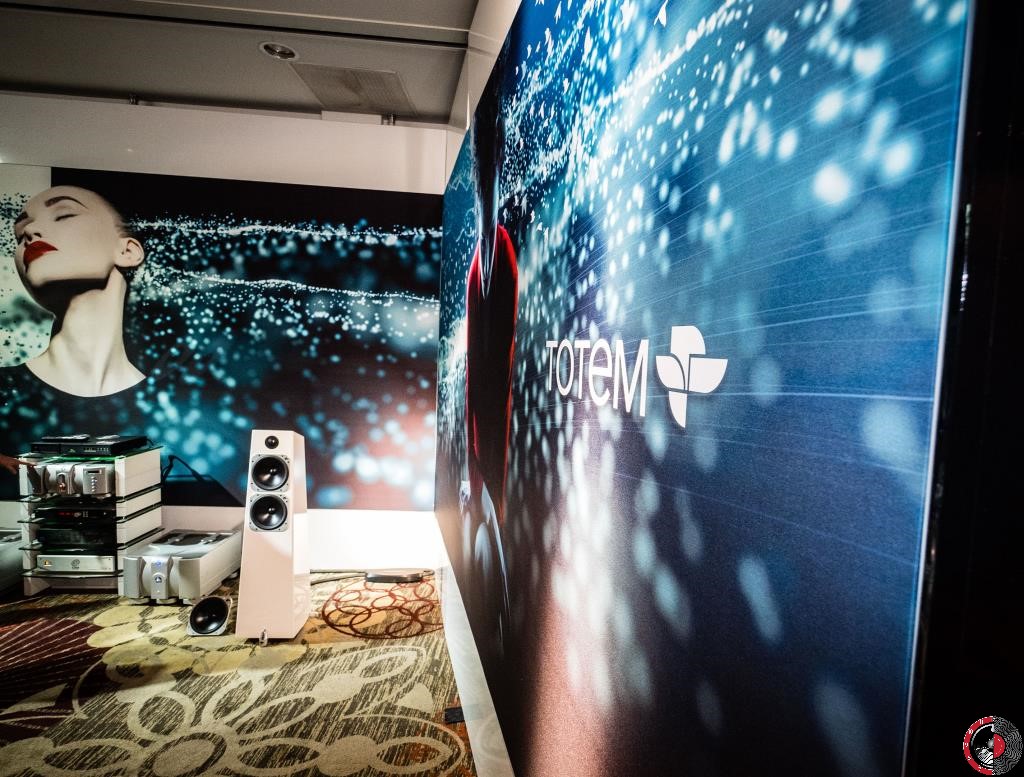 Long gone are days with images of native Indian totem poles of the Canadian North.  Totem Acoustics has continued to be an innovative company, constantly coming up with new products and reinventing their image to become more sexy and lifestyle like.   Walking into Totem’s room is like walking into a Vogue Magazine fashion show.  It is contemporary, it is spacious, and it is unlike nothing else at the show.   It is cool to own Totem.

I entered the room and walked straight to the far end where a pair of flagship Totem Element Metal (US$ 13,000) was powered by a pair of BSC Audio M5 Monoblocks (US$ 30,000/pr) with an L5 Preamplifier (US$ 15,000).  The BSC Amps have a futuristic look to them, and I imagined if Riddick had stolen a pair of amplifier from the Necromongers’ space ship in the Chronicles of Riddick, that’s exactly what the amplifiers would look like. 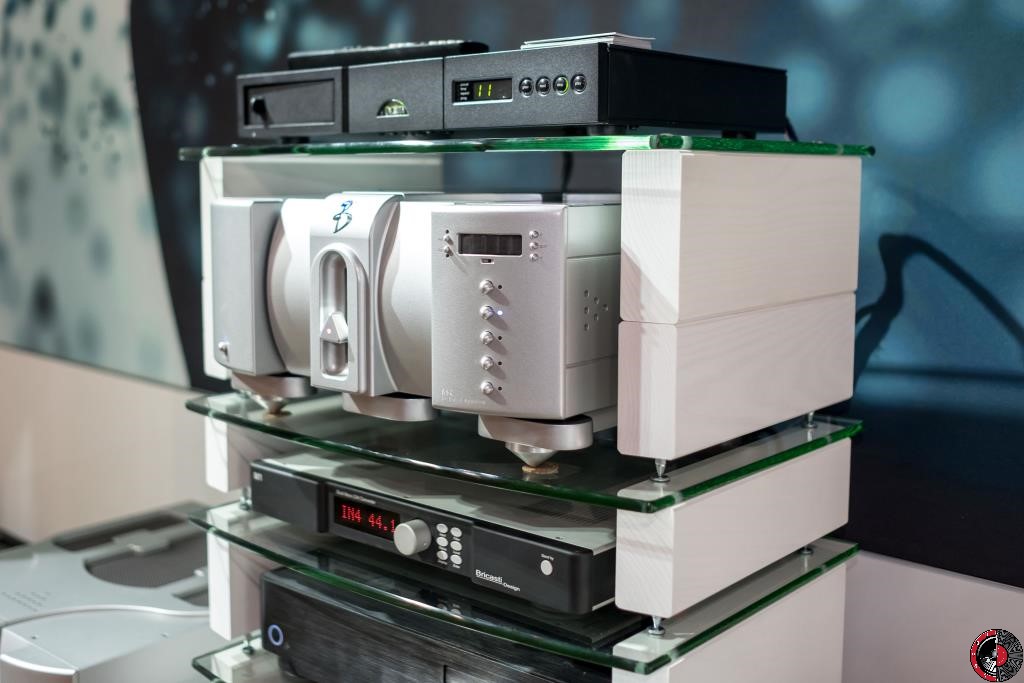 Brandon D’Agostino, Engineer at BSC Audio, introduced me to his father Bret D’Agostino who is the President and Head Engineer of BSC.    Brandon explained to me that the BSC M5 is a pure class A amplifier with a massive 1,450VA custom Plitron toroidal transformer, it outputs 150W into 8ohms but will keep doubling itself as impedance drops down to 1 ohm where it will output 1200W of pure Class A power.     To understand Class A circuitry, think of a car which idles at 5000 rpm, when the clutch is released there is instantaneous power whereas Class AB is like car idling at 2000 rpm, which will take some time to ram up speed.   This why Class A amplifiers usually sound unveiled and lively.  The downside is Class A amplifiers usually produce a lot of heat and are usually big and heavy.  The fact that BSC is able to deliver 150W of Class A power in a box weighting in at only 100 lbs, that in itself is quite an accomplishment.

I sat down and listened to “Kiss in Blue” by Yello, the female voice was natural, clean, and very easy to listen to.   Elvis Costello’s “Don’t Let Me Be Misunderstood” sounded as if a tube amp was playing.    The “Bass and Drum Intro” of Nil Lofgren Band gave me a pretty good idea of what these amps and speakers could do with the plucking of bass guitar strings, they were snappy and lively but not analytical or sterile.

Brandon also invited me to snap a photo of Totem’s 7 inch Torrent hand assembled speaker driver which is all developed in house by Totem.  He kept telling me to hurry as he may drop it at any moment due to the drivers heavy weight.   The Torrent driver has an ultra wide bandwidth which makes it almost full range, and requires no crossover.  Before I left the room, Brandon reminded me of Totem’s newest debut, the Totem Sky.  A compact 2-way bookshelf speaker priced at only CAD$ 1,850.  It replaces the Totem Model 1.

By Richard H. Mak Just like every other year, Tri-cell Enterprises always have the most number of room.  This year, I counted 4 but I was told there was 5.  The room that caught my […]

By Richard H. Mak When the Bugatti Veyron debuted at the Toronto Auto Show in 2012, the $ 2 Million dollar price tag naturally generated a lot of buzz, it was the undisputed star of […]