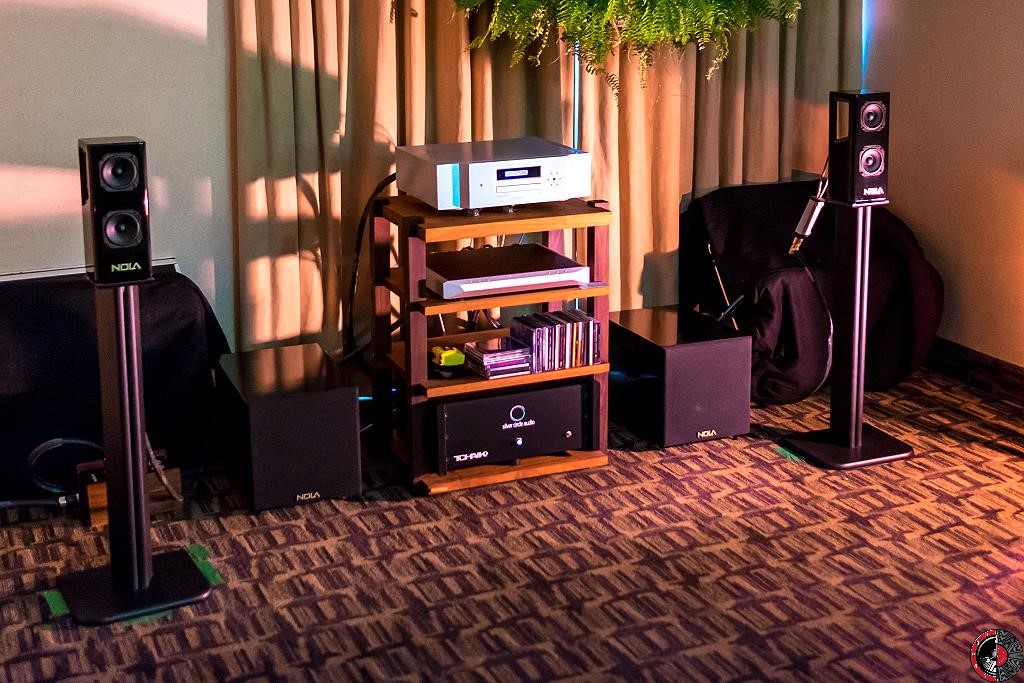 I wasn’t sure whether the sign posted on the door of Foldback Sound is meant to be humorous or sarcastic, let’s just say his creativity (or lack thereof) has at least gotten my attention.  I had to go in just to see what’s inside.

Foldback Sound is a local dealer in Toronto, and he has earned himself the prize of demoing the smallest big sounding speakers!   The Nola Brio Quad system features two tiny Nola satellite speakers which is just slightly bigger than a desktop computer speaker, they are designed to work with either 1 or 2 Nola subwoofers which can be placed at a mere 2″ from the back wall.    They list at US$ 5000 for the Quad system, but at the show and online, Foldback Sound is just selling them at CAD$ 3,500.  Truly a good bang for the buck mini hi fi system.    If I had my eyes closed, I would have never guessed they were coming from such a tiny setup.   These speakers are definitely the David in the David vs Goliath story.  The Goliath is yet to be determined though. 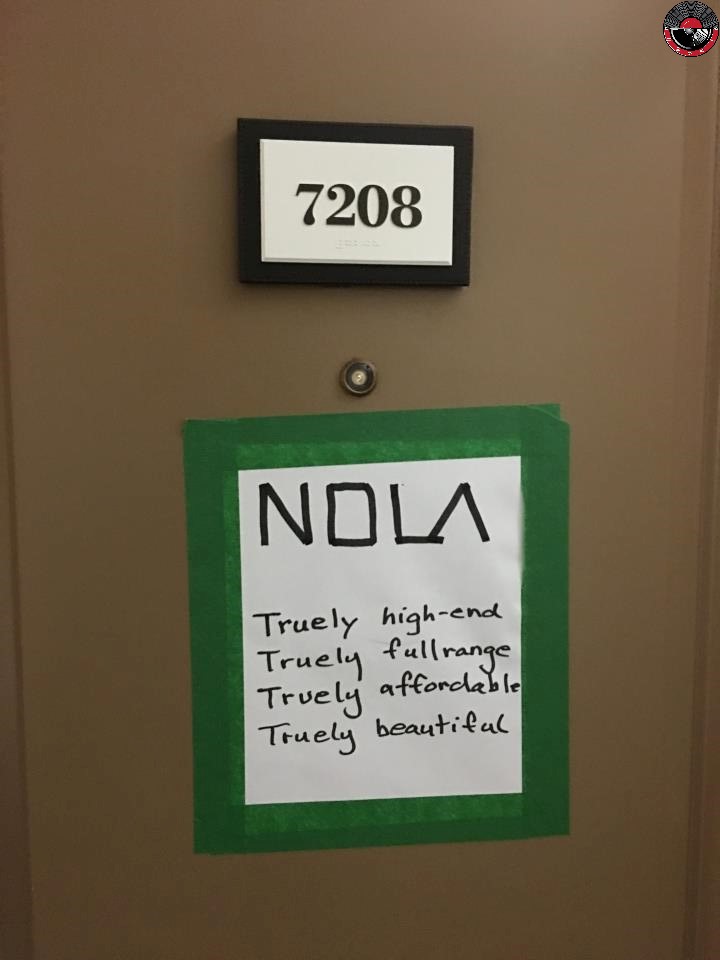 By Richard H. Mak Francis Chung, President of the Toronto Home of Audiophiles, is the exclusive dealer of Pass Labs and Gershman Acoustics in the greater Toronto area.   I have known Francis for nearly 30 […]

This year dawned with plenty of questions facing the high-end audio industry. The most pressing were: Would the U.S. economy hold up, allowing manufacturers and retailers to stay afloat? Would vinyl continue its revival, possibly […]

When I entered the Nola/Valve Amplification Co. room at T.H.E. show in Newport, a distinctive repeating pattern of delicately plucked notes began playing. As the rhythm line continued on the acoustic guitar, suddenly there […]