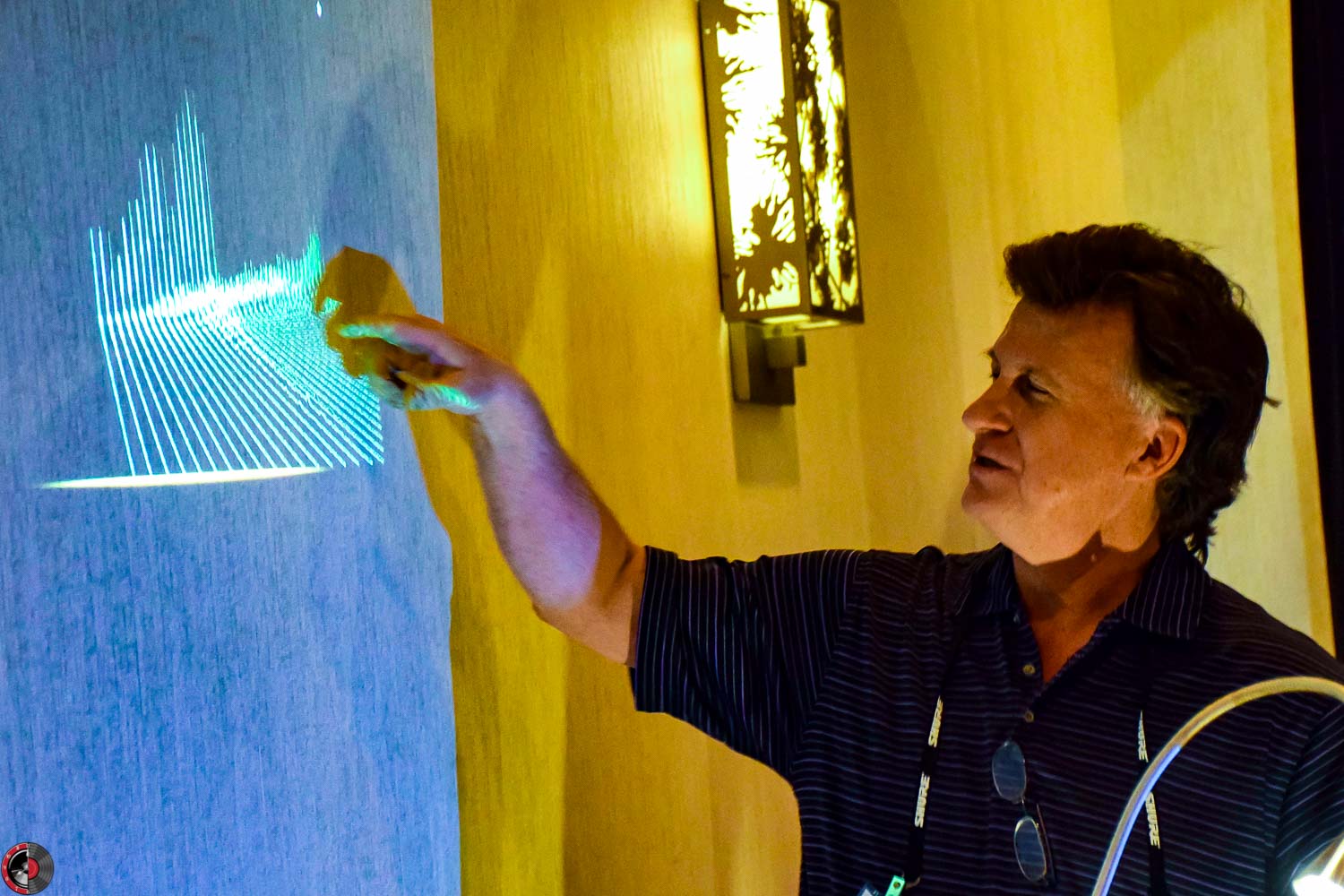 Various room-correction devices have been developed in the past few decades to address the one big variable in hi-fi reproduction — where you listen.

Even the best rigs can sound radically different depending on the size and construction of your room. Standing waves, suckouts, reflections and absorptions all can wreak havoc on your ears. So, why not take the room out of the equation?

Easier said than done. Even though there have been heroic attempts to overcome the challenge, none of the fixes has caught on as a ubiquitous component.

Legacy Audio president Bill Dudleston wants to change all that. He’s developed the Wavelet ($4,950), a preamp/DAC/digital crossover/room-correction unit that applies some new ideas and stands ready to morph again as the technology — and Dudleston’s imagination — advances.

Legacy showed the latest incarnation of the Wavelet at AXPONA. The audio company always takes a large, lobby-level room where it displays four or five systems at once. This year, Dudleston conducted demo sessions showing how the Wavelet could tame even that nightmare space.

So, how does the Wavelet work its magic? In a nutshell, the unit analyzes the room and makes calculations to reduce resonant energy as late as 40 milliseconds.

At AXPONA, Dudleston played a Dean Martin track, the classic “Blue Moon.” Without the Wavelet’s processing, the song sounded fine. But when room correction was enabled, the change was startling.

Dino’s voice snapped into focus and got even smoother and more textured. Bass perceptibly was tighter and the soundstage grew deeper with reverb trails fading gently while staying on pitch. The noise floor also seemed lower, with any edginess banished from the presentation.

“Room correction devices often lose information during processing,” Dudleston told me in an interview after the demo. “We’ve tried not to do that with the Wavelet. It’s conceptually and operationally different than anything else.”

He first showed the Wavelet two years ago. While some other room-correction components require the user to have an MIT diploma to set up, Dudleston said the Wavelet is not that difficult.

“You just set a microphone 4 feet from each speaker’s tweeter,” he said. The unit then sends the readings over the Internet to a dedicated processing server.”

The procedure involves taking two readings at each of the two positions. The server crunches the numbers and sends the calculations back to the Wavelet.

The Wavelet can be used on any full-range transducer, Dudleston said. Legacy is also is beginning to integrate the device with speakers in its own line.

This rig also sounded stellar. It did an especially fine job with my favorite musical discovery of the show, the Stimulators, a German rock/blues/jazz band. Their live version of “St. James Infirmary” was soulful, gritty and powerful. Imagine Tom Waits backed by Buster Poindexter’s band and you have an idea of what the Stimulators are up to here. I’m ordering the CD, Voodoo Swing.

Elsewhere in the room, Legacy was displaying its Calibre XD powered monitors, an impressive full-range bookshelf ($6,780 a pair), Focus SE ($11,495 in rosewood) and Signature SE ($6,995 in walnut).

The Wavelet, meanwhile, will continue to evolve as technology progresses, Dudleston said.

“We likely will start doing annual updates,” he said. “There already have been some, and virtually every customer who’s bought one has installed the new software and firmware as they’ve become available. It’s a work in progress.”

A photojournal by Eric Franklin Shook You can’t just say “It’s awesome, buy it.” Eliciting a gut reaction of confidence in consumers who speak your name in conversations of top tier service and products is […]

CAS 2014: Burwell & Sons and the best fun you could be having

There’s something about stepping off an elevator to a blare of funk music that makes you suddenly feel a bit like you’re in a Quentin Tarantino movie. Or maybe like you’re Pam Grier. Either way, […]

Bigger and better than ever, this years Expo Hall at AXPONA was alone worth the cost of admission. Vendors were pulling all the stops with their displays and demo exhibits. Traffic was consistent throughout the […]