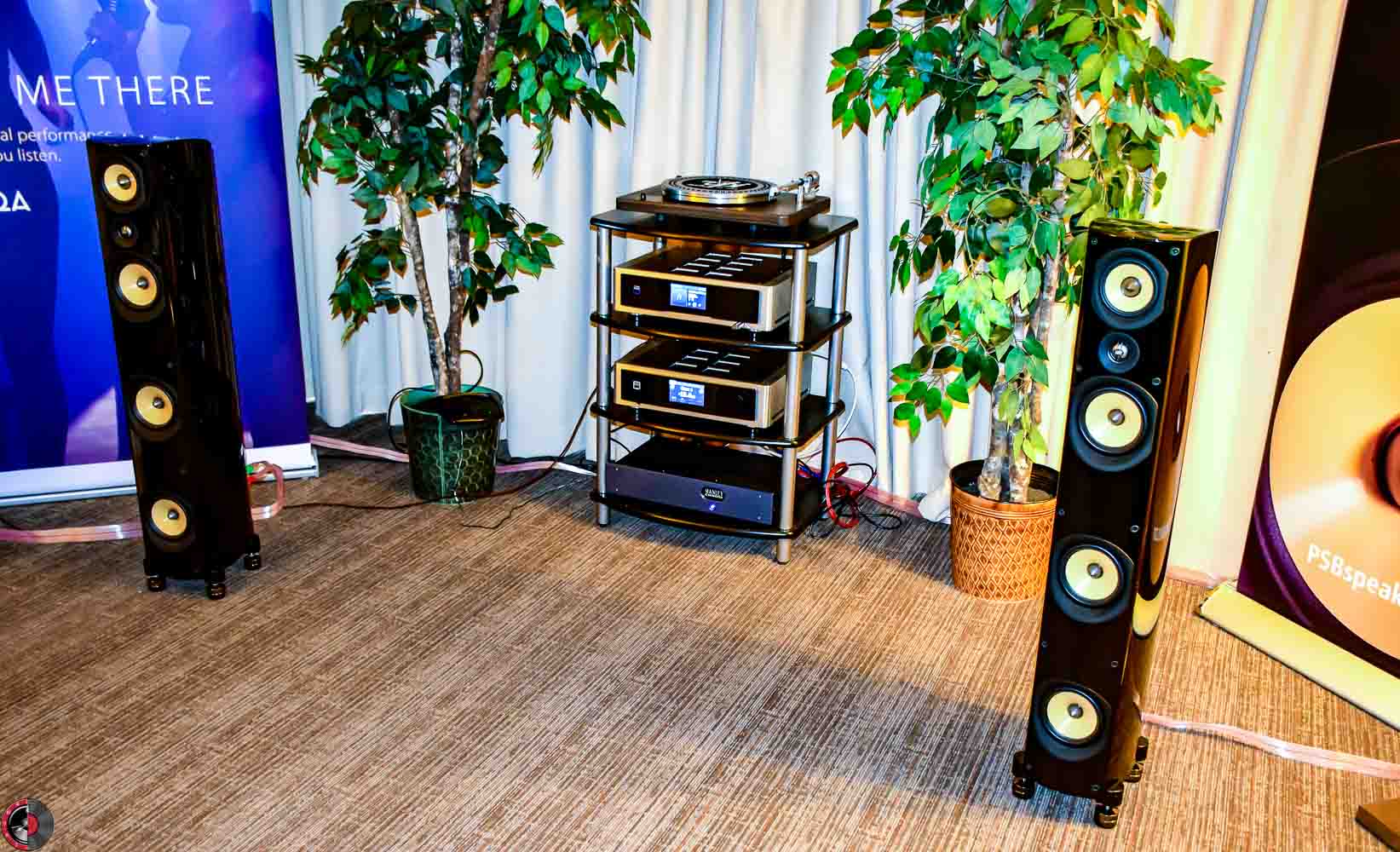 NAD Electronics for years was best known for being the stalwart of an underserved audio niche — affordable high-end.

Its receivers, integrated amps and separates didn’t offer a lot of bling or bells and whistles, just good parts quality and dependable sound.

NAD today has retained its pricing strategy, but has moved beyond offering just simple, basic components. Its newest models embrace the latest stereo technology, while still being within reach of many enthusiasts.

At AXPONA, the company introduced its new Master M50.2 digital music player ($3,999), which is designed to give audiophiles the ability to enjoy high-resolution sources and new developments such as MQA (Master Quality Authenticated) files.

“The 50.2 is a server, streamer, compact disc player and CD ripper,” said Travis Huff, central U.S. sales manager for the Lenbrook Group of Companies, NAD’s parent. “It can play files up to 24/192 and is Rune ready.”

The 50.2 interfaces with Bluesound, which Huff called an “audio ecosystem” that allows wireless playback throughout a user’s house. Lenbrook also owns Bluesound, as well as Canadian manufacturer PSB Speakers.

I listened to the 50.2 play a few tracks. The unit fed an NAD Master M32 integrated (150 watts per channel, $3,999), which in turn drove a pair of gloss-black PSB Imagine T2 loudspeakers ($3,850 a pair). The rig also featured a VPI Industries turntable and Nordost cable.

I started with Roxy Music’s “Avalon,” from the album of the same name. The percussion that opens the cut was crisp and clear, and the following bass line was tuneful, although not as deep as a larger speaker might be able to deliver. Singer Bryan Ferry’s slurred croon also sounded appropriately world-weary.

The next song was even more impressive. Roberta Flack’s voice on “Killing Me Softly,” rendered with MQA, floated along in a lush, deep soundstage. Instruments were surrounded by plenty of air and the noise floor seemed especially low.

Overall, it was clear that this was not your dad’s NAD — although that gear was pretty damn great in its own right. It’s encouraging to see a company move forward, but retain the guiding principles of its past.

CHICAGO (PTA) — This year’s AXPONA audio show is already on course to be their biggest, and most newsworthy yet. Lots of product debuts are happening at this show, and we’re committed to […]

There are a lot of ways to judge the significance and success of a hi-fi show — including the size of the venue, total attendance and number of exhibitors. By any of those metrics, Audio […]

Todd Garfinkle of M-A Recordings, if you didn’t know, is a collector of unusual music. Unusual, in that you’ve probably never heard of the artists themselves. Unusual, in that the venues that Todd recorded them […]