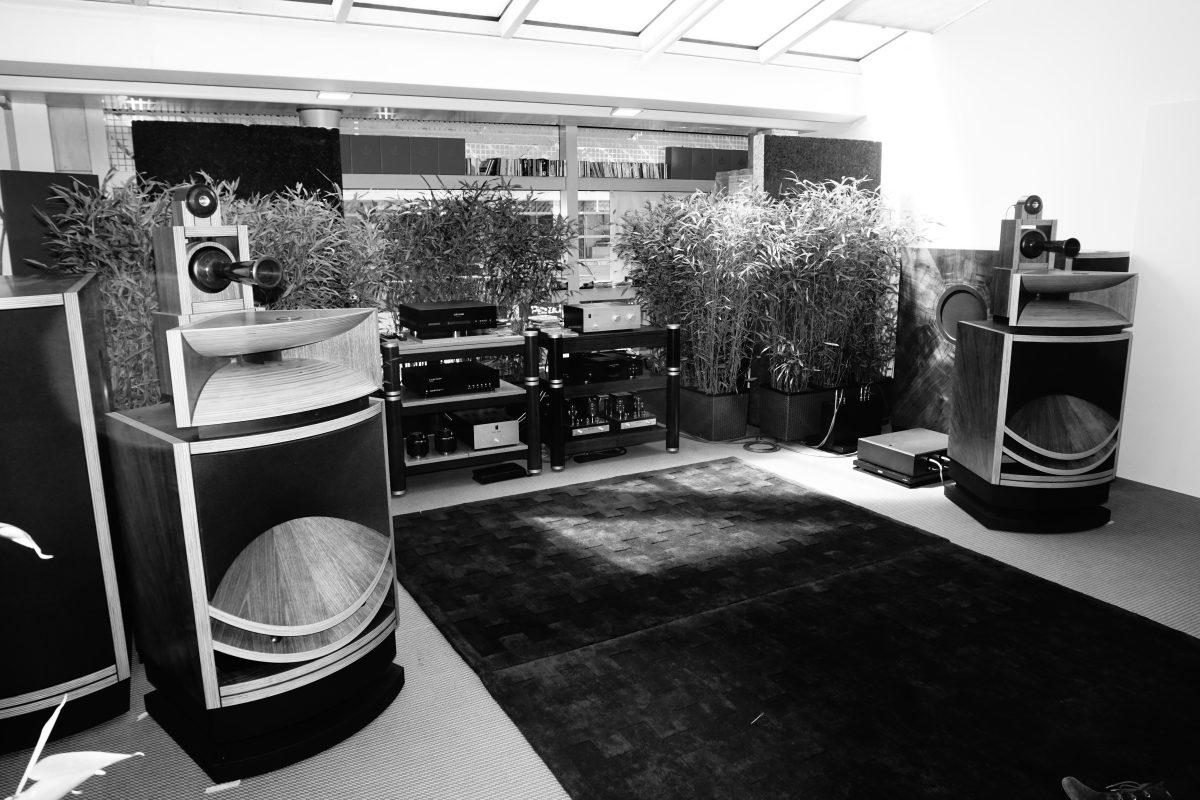 Living Voice UK has been literally stockpiling raves, year in- year out in Munich, and 2017 was no exception. This time around we auditioned the smaller, affordable speaker system Vox Palladian with matching Palladian Basso external subwoofers for a total of 450.000 GBP (that’s 580.000 of the good ol’ “whatevers” currency, and if you care to know more then you, just like me, cannot afford the “affordable” Living Voice system). Electronics were provided by Kondo, a pair of Gakuoh 300B monos was driven by a M77 pre-amp while source was on rotation a Neodio CD player (good for 45.000whatevers) or a modded Canary CD300LV, the later being the only really affordable piece of gear at a mere $8.000. The entire system was powered by batteries, hidden behind the bushes in order not to spoil the visual feast Living Voice usually offers.

I have a soft spot for Kevin Scott, not that we know each other well but at least he is an opera addict and musical selections in his room are not the typical show samples (Diana Krall and company if you know what I mean). So Joyce DiDonato it was, the Scherza Infinda from Handel’s Ariodante I believe. Stunning!

This track alone was projecting the Vox Palladian on top of my best of show list and we were only on day one of the show. A five way horn system that sounded as compact and cohesive as a coaxial driver? But with timbre, bass extension and imaging like few others will ever dream of?

After congratulating Kevin for his mesmerizing room I walked out, gave it a second thought and walked back in for more.

At High End this year, I got to meet one of my heroes, Kevin Scott of Living Voice. I skipped the show-opening press conference (which I was pretty sure would be in German), to beat […]

This one is a bit of a convoluted story, let me tell ya. One sunny day in the early pre-COVID winter, Gary Dews, the head guy at BorderPatrol Audio (website), paid me a visit bearing gifts. […]