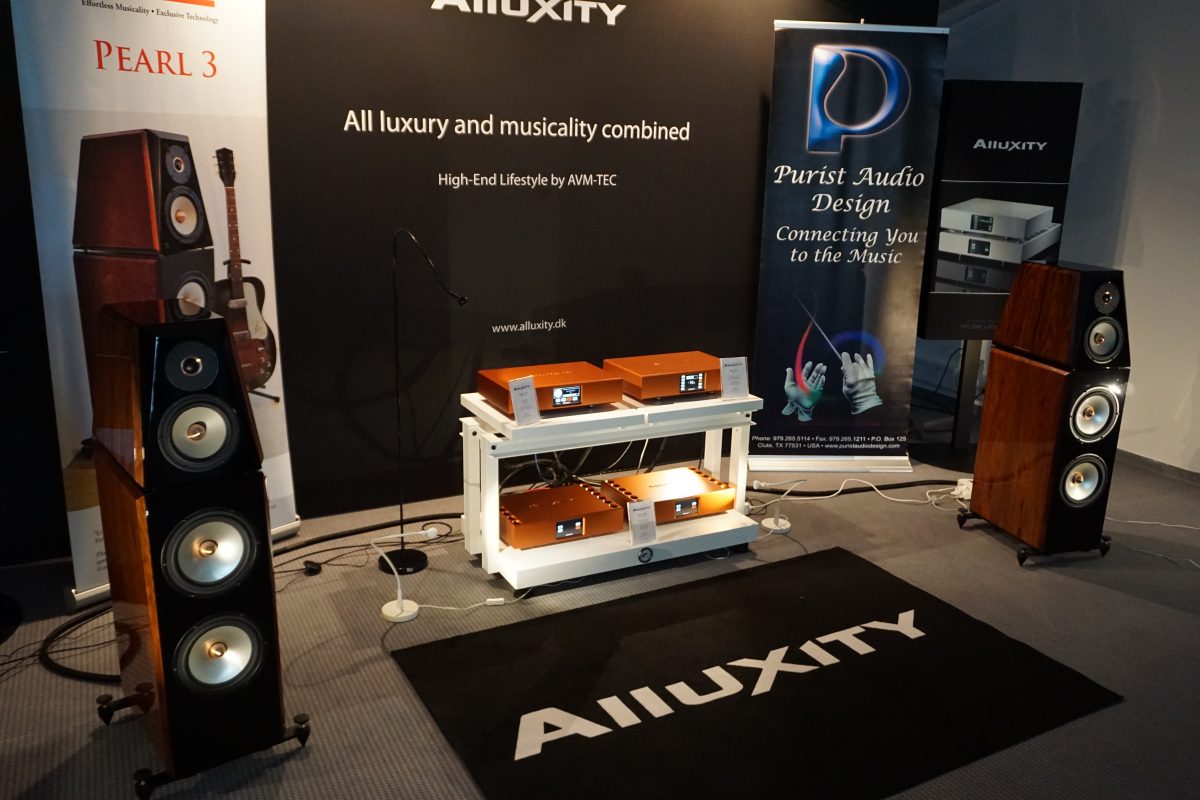 It has become extremely rare to find upper floor rooms that cost less than a Lamborghini so this year’s pairing between Alluxity and Joseph Audio was more than welcome, and for a good amount of reasons. Aesthetically the Alluxity electronics (Pre One, a pair of Mono One power amps good for 200Watts/8Ohm each, almost doubling down to 4 and 2 Ohms and the very interesting Media One music server with internal DAC, HDD and DSD256 capabilities) were eye popping in glorious metallic orange and Jeff Joseph’s Pearl 3 speakers in stained sapele wood were a match made in heaven.

Cables were provided by Purist Audio Design, Anniversary series through out for an end result that was above the sum of parts included. Detailed top end and fast bottom with tonal nuances in the mids, the fact is that the sound was ear-popping and made me pondering the reasons why some tend? want? crave? to spend several times more. This system was less than 100.000 whatevers and closer to 80.000 euros and trust me, if your house doesn’t have 16 bathrooms you probably wont be needing more, ever. And I do realize that 80.K whatevers are not peanuts but wait till you read the prices of the rest of the systems we will be covering for the 2017 show.. 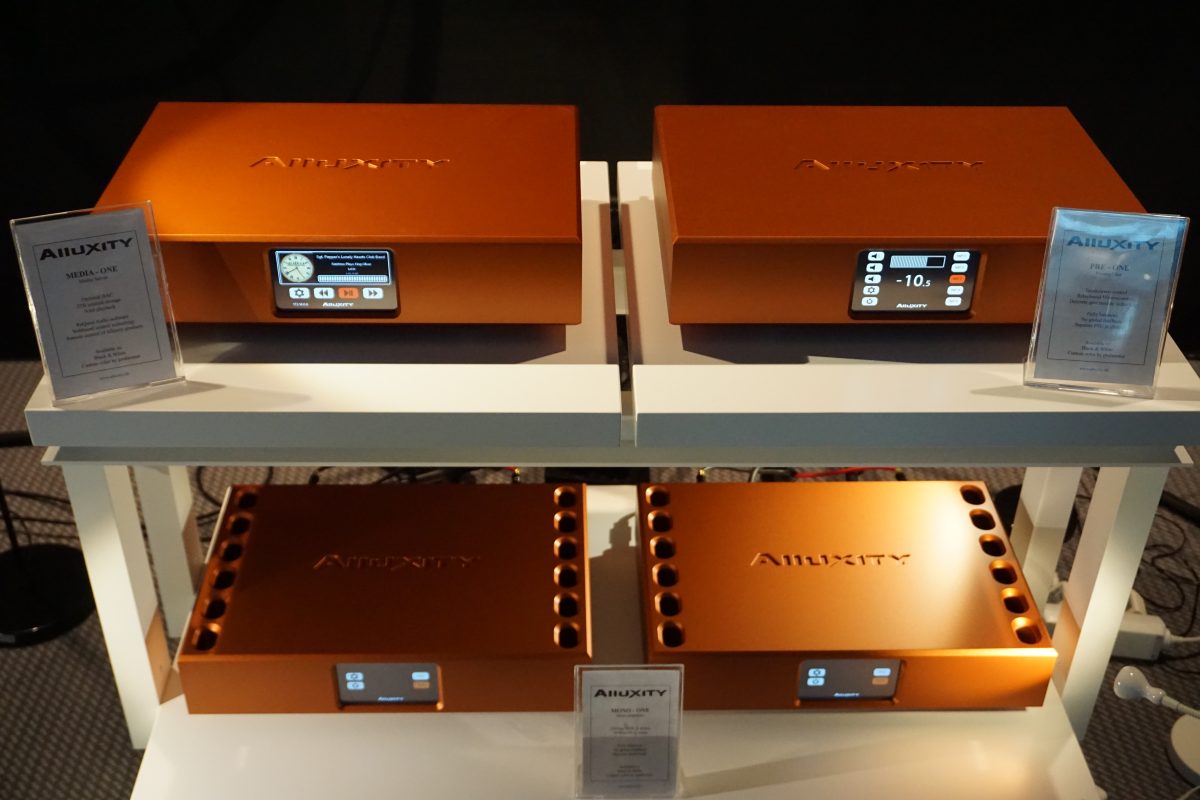 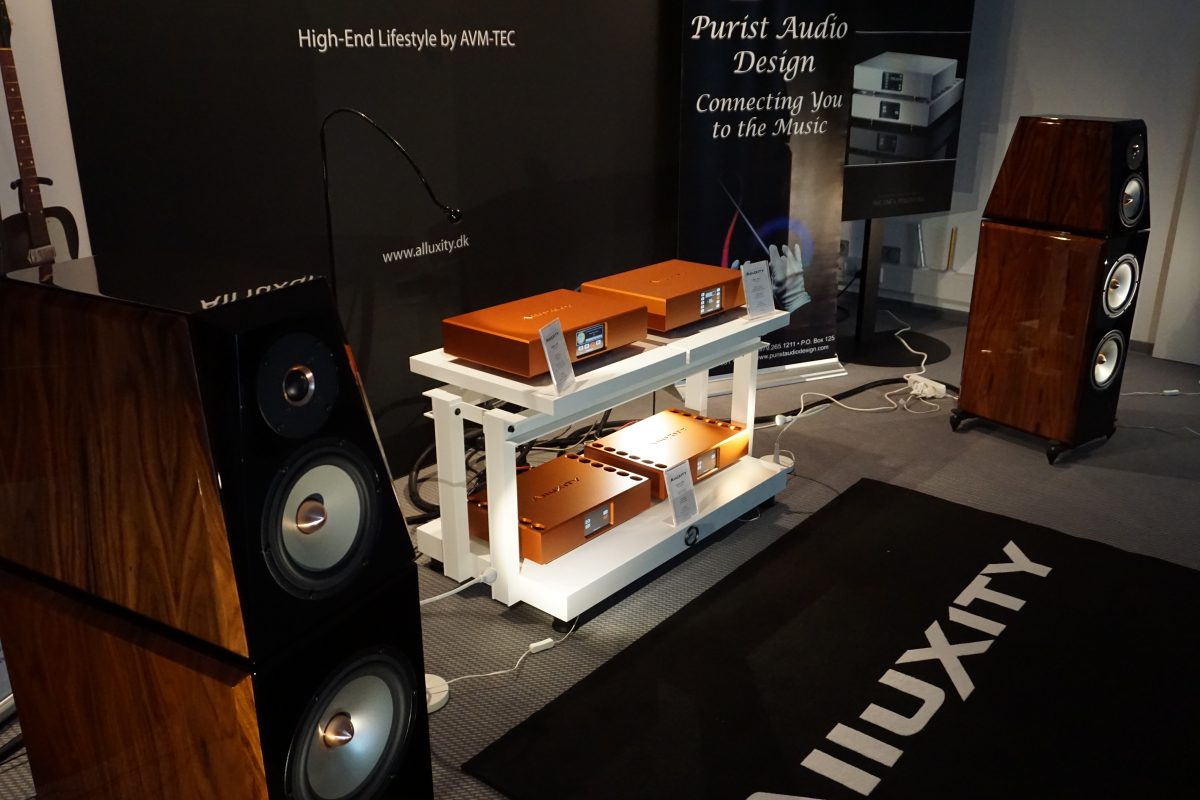 It’s not the first time I’ve heard a J Sikora turntable in the Joseph Audio/Doshi Audio/Cardas room, and I feel like it won’t be the last. Joseph, Doshi and Cardas have forged one of those […]

In with the new In case you missed it, I picked up a pair of Joseph Audio Pulsars while I was in New York for the NYAV12 Show. This was most definitely not an impulse […]