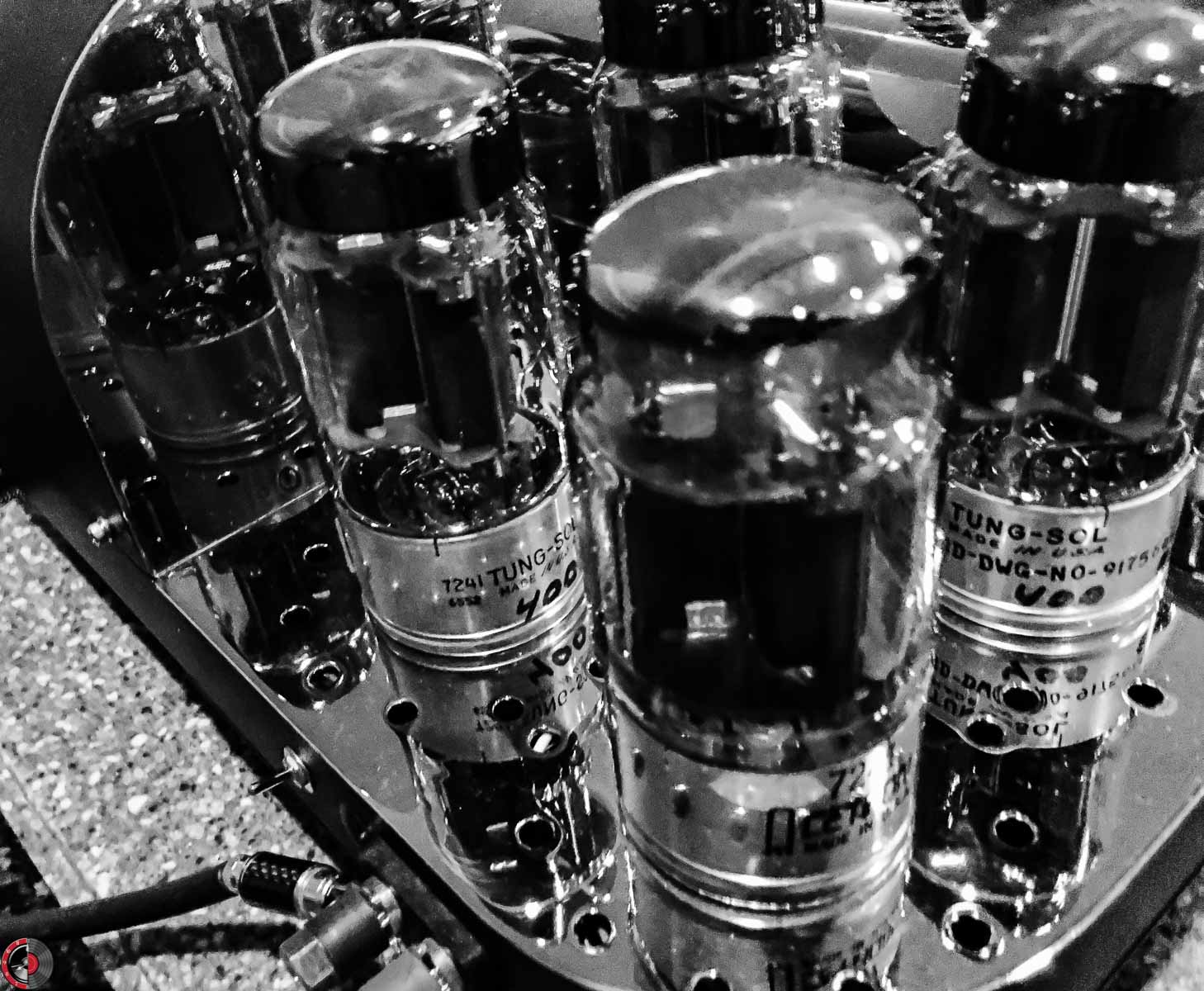 I was approaching an open door on the lower level of the Westin O’Hare when I heard an unmistakable rhythm track kick in. From outside, the crack of the snare and the slinky, pulsing bass sounded like the musicians might actually be in the large room.

Still, the music was too note-perfect, too immediately recognizable.

“She was more like a beauty queen from a movie scene/I said don’t mind but what do you mean I am the one?” yelped Michael Jackson after an opening “hiccup.”

“Billie Jean” is a song I’ve heard a million times, but there was something special going on here — apart from the pop tune actually getting played at a high-end show. I made a beeline for the center chair.

Standing spread far apart were two pairs of large, horn-loaded transducers from Michigan-based Classic Audio Loudspeakers. Owner John Wolff’s handmade creations evoke the days when giants roamed the earth — well, more specifically, they stood on their feet and roared in homes and studios all over the globe.

Wolff is a fan of those monsters, especially older Altec and JBL flagships. The designs communicated music in a visceral, emotional way. You felt the bass in your gut, the guitar rattling your eardrums and the drummer crashing his stick on the snare.

To get that kind of realism, Wolff believes you have to go big — and he does, unabashedly. That means big cabinets, big drivers and, to power it all, big amps.

From the first thump of the famous bass line, it was obvious Wolff takes his low frequencies very seriously. The T-1.5 has an 18-inch woofer that fires into the floor so that your feet feel tones down to 20Hz. Just for good measure, Wolff also installed a 15-inch, front-mounted woofer to provide nimble mid-bass.

Also on the baffle is a 4-inch beryllium midrange compression driver mounted in a wooden horn that’s almost as wide as the cabinet and a 2-inch, magnesium domed supertweeter that extends highs to 45kHz.

If you think all that seems like it might produce sound that’s a little wild and wooly, compared with today’s ubiquitous narrow-front, 6.5-inch-woofer, D’Appolito-configured speakers, then think again.

To be sure his old-school, high-quality drivers behave, Wolff has gone to great lengths to lower distortion to miniscule levels. He builds much more sturdy and better-braced cabinets (which are beautiful by the way) than the originals; installs top-quality crossovers, internal wiring and terminals; and uses powered field-coil magnets.

The result is a speaker that can reproduce “Billie Jean’s” killer groove and capture the ragged glory of Neil Young’s guitar, but still reveal the ethereal shimmer of a jazz piano trio playing a ballad.

Wolff upgrades his designs when he gets a new idea, but his company is not one of those that is constantly bringing out Series 2 or Special Edition models.

“I’m showing pretty much the same stuff I took to AXPONA last year,” he told me with a chuckle. “There is a new color of wood — burled bubinga.”

His supporting equipment was similar to last year, too: Atma-Sphere Novacron monoblocks ($22,000) and an Atma-Sphere MP-1 preamp ($20,000 with a few options).

That’s an impressive array of equipment. But Wolff had one more weapon to deploy to produce the stunning Michael Jackson demo.

“It’s a stock Studer A10 from the 1970s,” he said, pointing to the top of a rack across the room. “And the quarter-inch tape is a third-generation dub of Thriller.”

Near-master tape or not, I would bet that even an MJ cassette would sound pretty good on Classic Audio Loudspeakers.

Kharma and Constellation Audio teamed up on a pair of rooms at AXPONA, and if you were a fan of hi-fi sound, they would have been like manna from heaven, weaving webs of light and space […]

I might as well admit it, I have a soft spot for Totem Acoustics. They were my first audiophile speaker, and I’ve owned quite a bit of the line, from the Dreamcatchers and Model 1 […]

As you may or may not know, Sonist founder Randy Bankert passed away a bit over a year ago. Given that Randy was a one-man show, this was terrible news for lovers of his work. […]