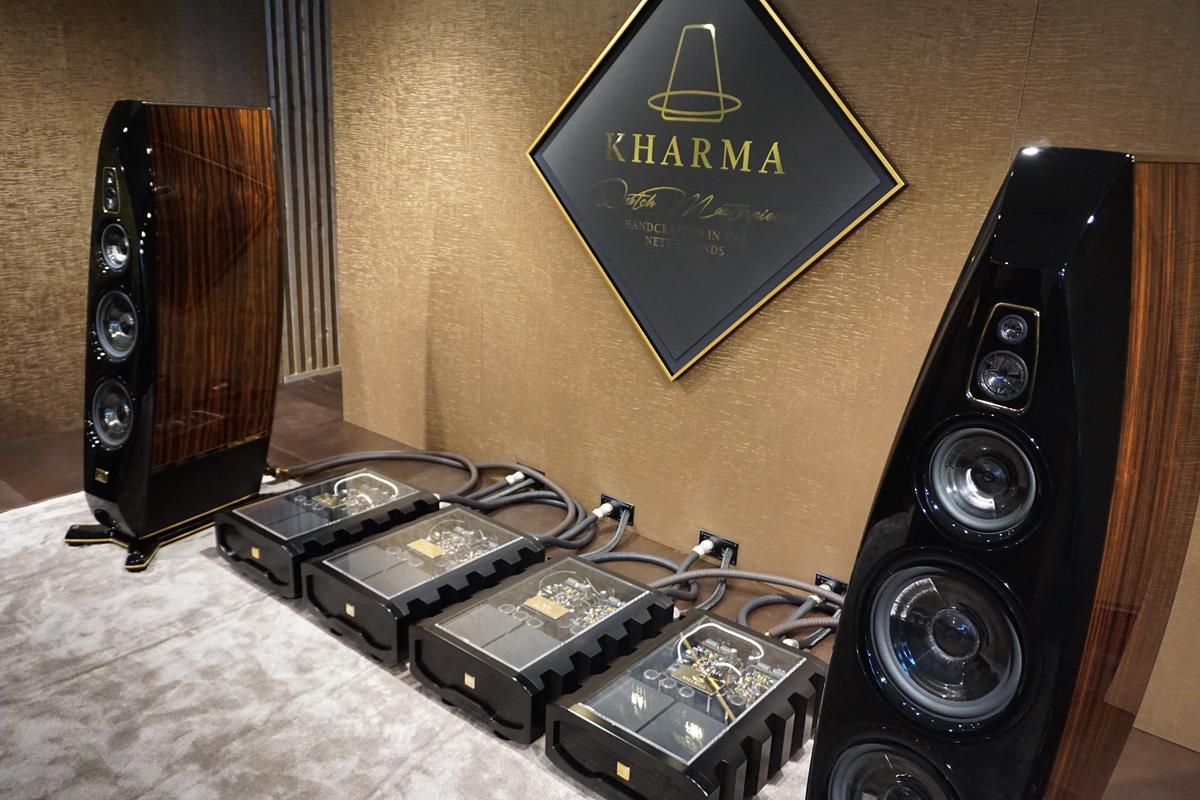 Kharma has never been on my radar. Besides being wayyyy out of my league I have always considered the company to be more of a luxury proposition than a true high end audio manufacturer. I’m in this hobby because I enjoy music and showing off was never a goal, not even a secondary one. This year Kharma sent me back to school.

First of all the room and especially the new Enigma Veyron-4 speakers sounded damn good. Airy, open and coherent like never before. System consisted of Kharma’s own amplification and cables with a little help from some friends, namely a top of the line Clearaudio Statement turntable and the complete dCS Vivaldi digital front end. Yes, I know what you’re thinking, this is a 650.000 whatevers system, it has to sound exceptionally well but you would never guess how many 500K+ systems sound so-so in Munich.

The second thing that struck me was Kharma’s founder, Charles van Oosterum. While discussing with him he asked me if I am aware of a Greek company called Ypsilon and explained me that he thinks Mpaklavas designs some of the best gear money can buy. Of course I know Ypsilon and not because I am Greek, they make fantastic gear no doubt. What stroke me was the fact that the owner of a high end brand spoke openly so well of a “contenders” designs. Not only, I later bumped on van Oosterum listening to music in the Ypsilon room. He actually owns an entire Ypsilon set up.

So there you have it, a gentleman who had one of the best rooms in Munich and still appreciates other designers. Respect.

Newport 2016: Obsessing is what we do/Best in Show

OK, I grant you that it has been a couple of months since the end of T.H.E. Show in Newport Beach. So, what the heck is your motley Part-Time Audiophile crew doing still writing about […]

Audiophiles can’t always agree on what tastes delicious. Maybe you like tubes, solid state, digital, or pure analog… 31 flavours can’t do it justice, but there is something for everyone. Chicago based Quintessence Audio and […]