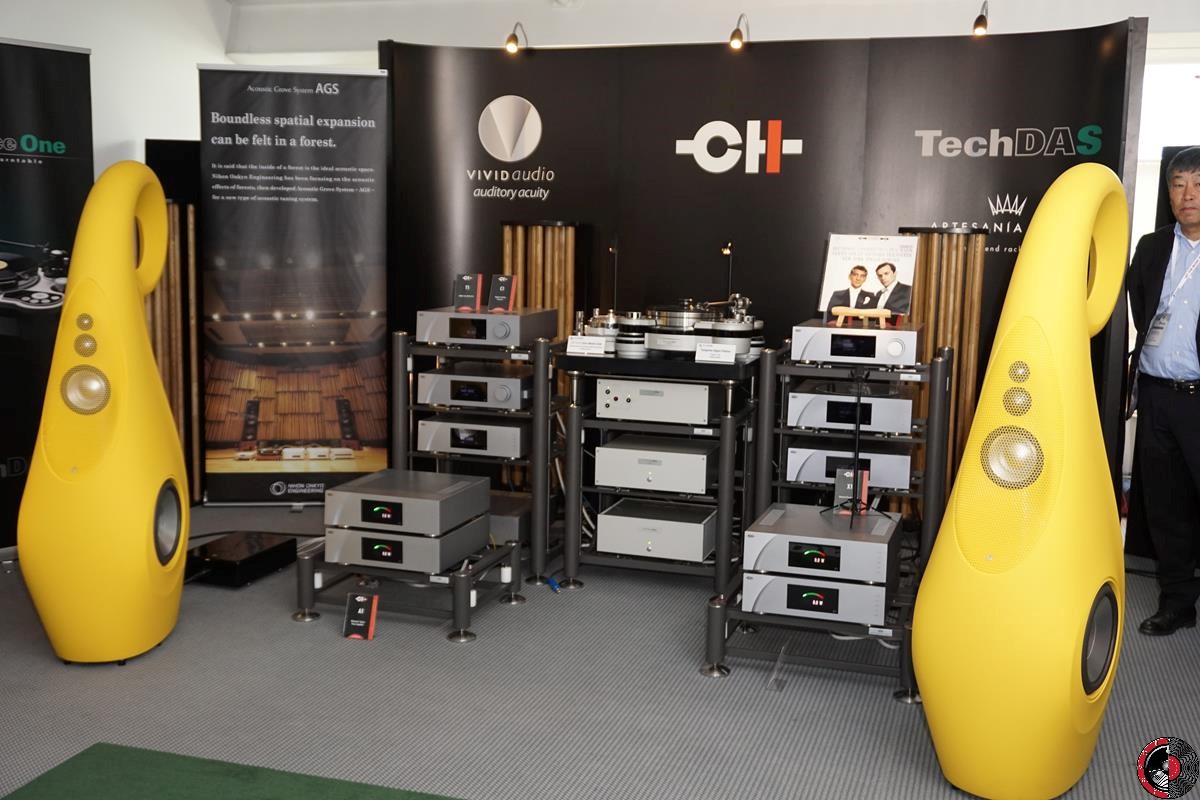 The TechDAS demo was among the salient moments of the entire show. You were in Munich but you’ve skipped it? You can turn off your browser now, you won’t enjoy finding out what you missed.

Center stage belonged to Hideaki Nishikawa, legendary designer of the TechDAS turntables. During his demo we heard the most interesting music selection of the entire show ranging all the way from Bernstein & Gould to Shinji Tanimura, including a rare Japanese lacquer pressing. All this in order to showcase the new, pimped up version of the Air Force One with vintage, NOS Papst motor. Apparently Nishikawa-san found a batch of 50 motors and intends to use them in a limited series that will retail 300.000 whatevers. During the show the AF1 premium was equipped with the SAT tonearm and the in house made TDC01 Titanium MC cartridge. P1 Phono stage and L1 pre with 4x A1 power amps all came from CH Precision while speakers were provided by Vivid Audio, the Giya G1 in flashy yellow were hard to miss.

So what was so special about this demo? The music! It was real music, not show music. Yes, it highlighted specific attributes, voices and instruments, top and bottom extension, timbre and the like but it was more like sitting in your living room or better yet, sitting in Hideaki’s living room and listening to his favorite tracks played back by his favorite design, one with a 15Kgr tungsten upper-plater and a monster Papst motor. Moreover the system was played out loud, I witnessed the CH Precision digital VU meters reach 1.7KW peaks before one of them shutting down, they were pushed to the limit, mostly thanks to the avid Giya speakers, notorious for being hard to drive. A real demo, with real music and a very impressive one.

Kyomi Audio and On a Higher Note combined the old and the new to produce alluring sound — and spooky time travel — in their demo room at AXPONA. First off, in the old category, […]

Last May, when I attended High End 2022 in Munich, I walked into the Göbel High End room and was so knocked out by the system that I awarded this German company Best of Show. […]