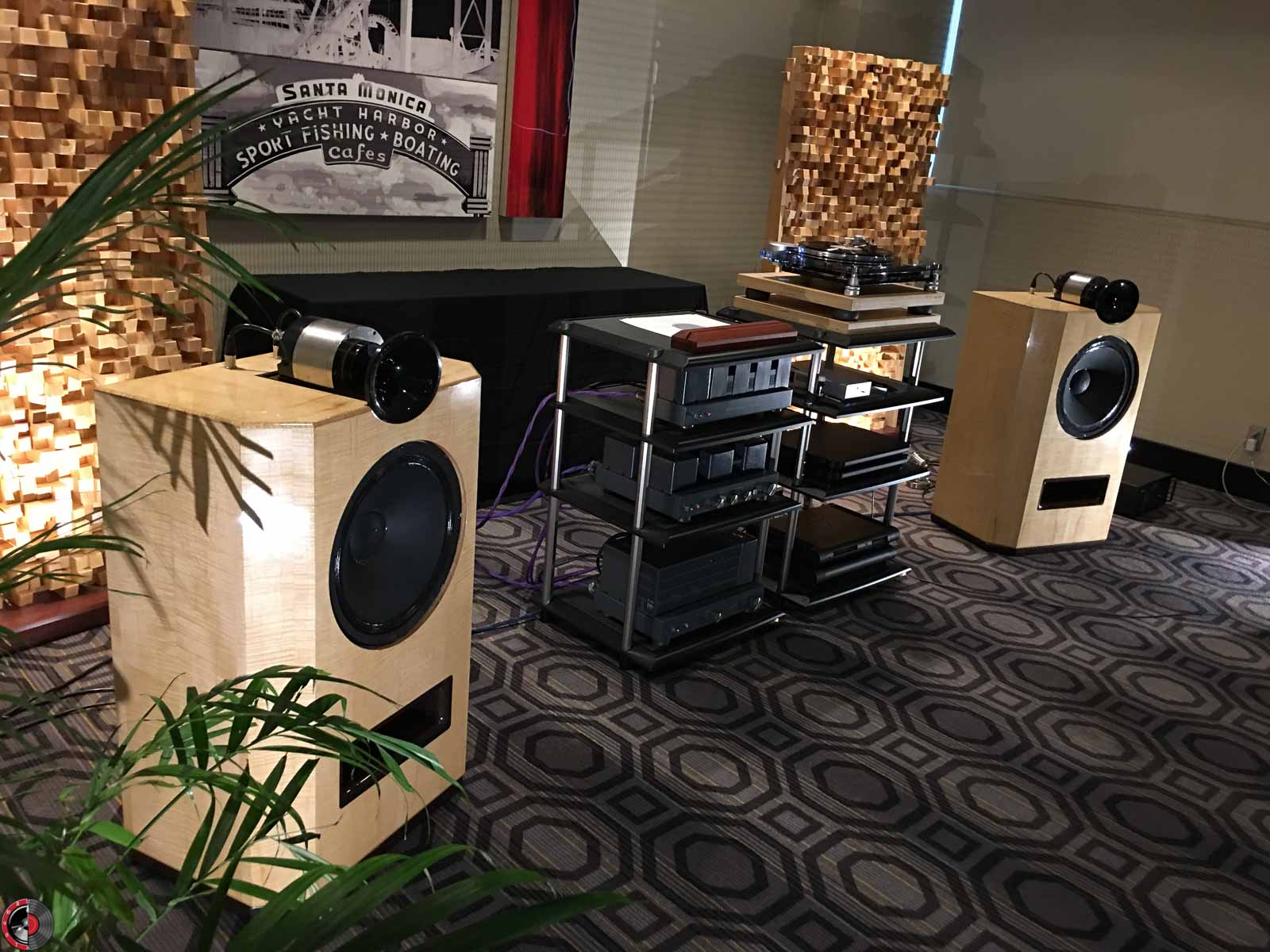 It was just a year ago at T.H.E. Show in Newport that I stumbled across Natural Sound EU.

I was squeezing through a crowded hallway when I saw a sign with a name I was unfamiliar with. I peeked inside the small hotel room and saw a pair of large-woofer/horn-tweeter speakers sparkling in the sunlight coming through a window. The blond wood’s finish was incredibly beautiful.

“Come in,” a gentleman said with a thick accent. “We are Natural Sound EU.”

I learned the company was formed in 2014 in Slovenia, and those speakers sported apple veneer from that country which had been given 30 coats of lacquer.

As much as the woodwork knocked me out, the sound coming from what the host said were called Natural Sound 1s, was big, bold and emotional. In fact, they sounded a lot like a pair of vintage Altec Valencias I’d heard recently, except with some modern-day audiophile attributes.

Like I said, that was 12 months ago. A lot has happened to Natural Sound since then.

This year at the Los Angeles Audio Show, Natural Sound had a spacious ground-floor suite run by its American operation, Natural Sound US. Domestic owner Steve Ozelton, a partner of the man I met last year, just opened a factory in Gardena, Calif., and has become the N.A. distributor for Audio Tekne tube gear.

“We are making Natural Sound 1s here and have established a showroom in Marina Del Ray,” Ozelton told me.

Along with setting up US operations, Natural Sound also has spent some time tweaking the Natural Sound 1s ($45,000 a pair). When I saw the speaker last year, the horn tweeter was conventionally mounted on the front of the cabinet. It now is located halfway out of the top.

“It’s the same compression tweeter,” Ozelton explained. “It is so beautiful, we thought, ‘Why not try mounting it where people could see it?’ And, when we did, it opened up the sound.” 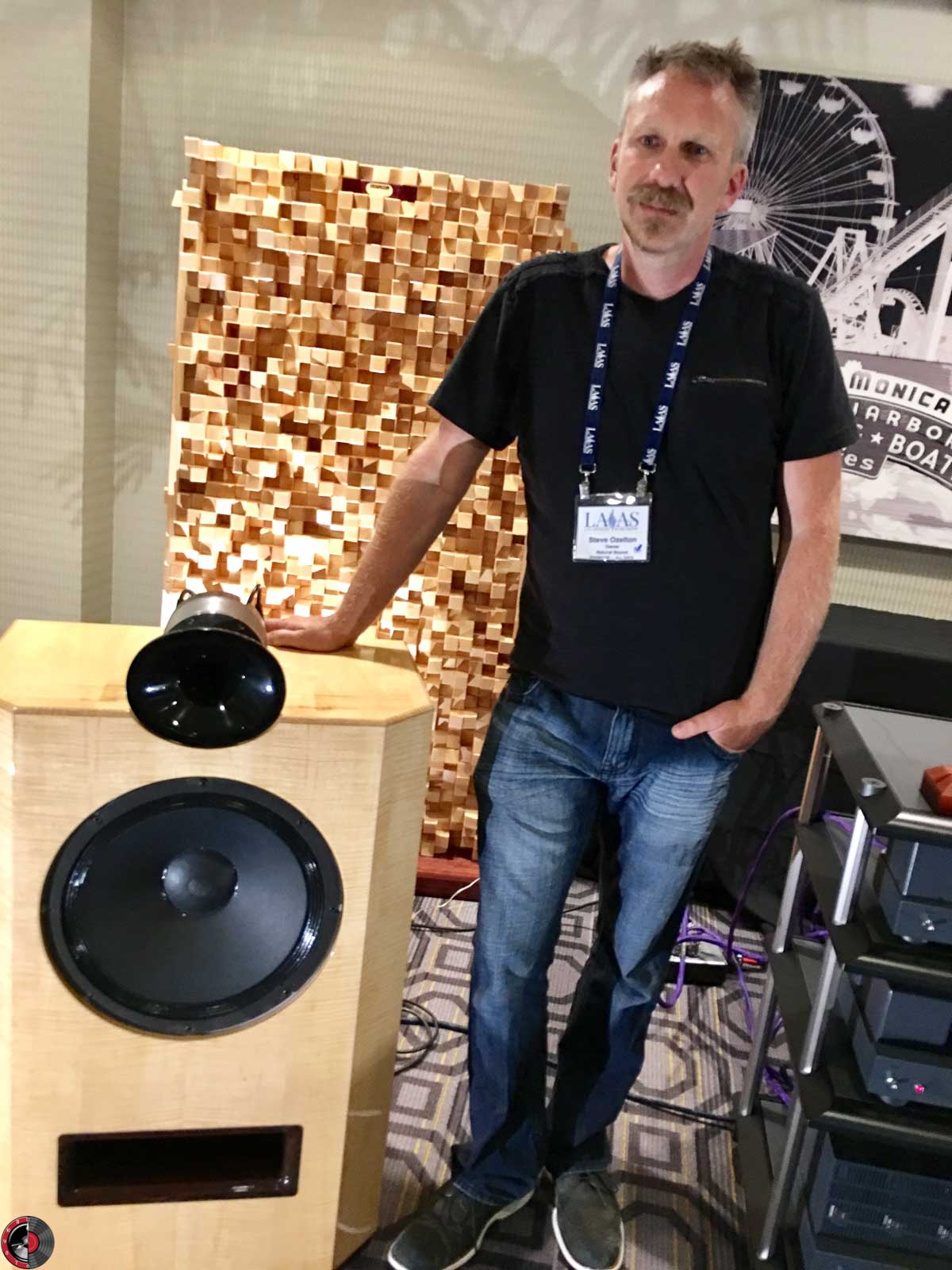 I would agree with him. I thought the original Natural Sound 1s performed very well, but the tweeter move has added an extra degree of air to the high frequencies. Combined with the powerful 15-inch woofer, the speaker now has even more impressive balance and dynamic range.

Also notable is that both the tweeter and woofer are field-coil designs. This strategy uses DC-powered magnets rather than the permanent variety. Proponents believe field coils, although expensive, reduce distortion and control drivers better.

In my demo, the Natural Sound 1s proved equally adept at making a stunning, harmonically rich sound on a pulsing rock track, “Too Much Information” by the Police, as well as a serene modern-classical piece, “The Waves,” by Max Richter.

Both tracks were played on vinyl courtesy of a Vertere Acoustics MG-1 turntable outfitted with a Koetsu Urushi Vermillion MC cartridge.

The 1430 amp, by the way, produces a glorious 8 watts of tube power per channel.

“The Natural Sound 1s have a sensitivity of 97 decibels,” Ozelton said, “They can play on 6 watts.”

Natural Sound’s success at honing its statement loudspeakers only serves to whet my appetite for what the group might come up with next. I may not have to wait long.

Sounds like a natural evolution for a company worth following.

Names like Andrew Jones, Laurence Dickie and Joachim Gerhard do ring a bell? From what I have found or better auditioned during the Warsaw show we must add Miro Krajnc to the list of […]