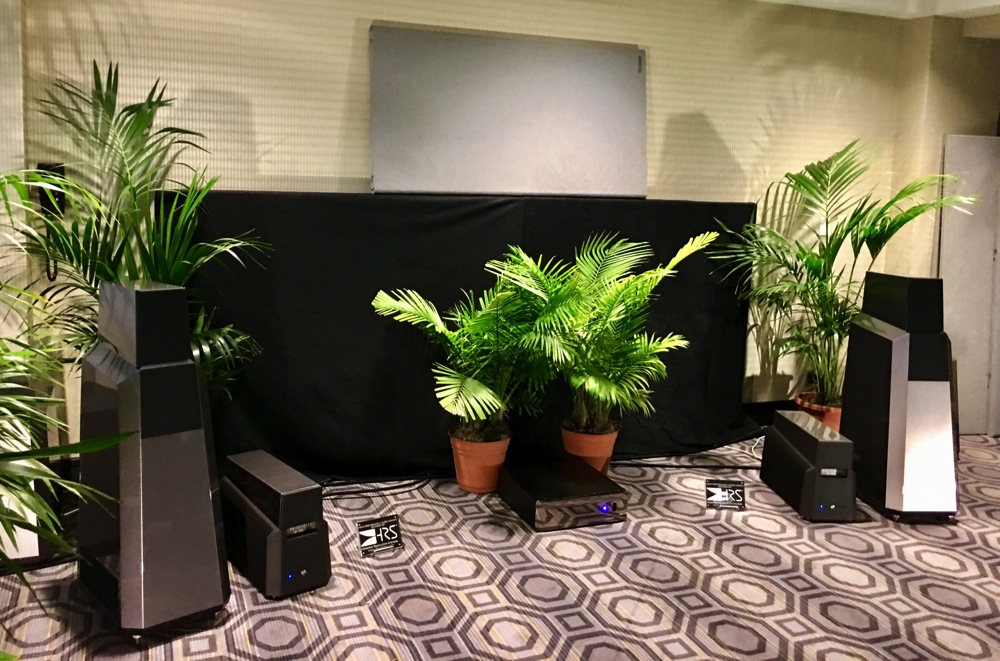 Whether they admit it or not, all audiophiles have biases. Some value tight, powerful bass above all else, for example, while others crave analog warmth and tube richness.

I admit my personal bias is liquidity and refinement, Make no mistake, a system needs to do everything else well, too – dynamics, midrange, detail, sound staging, highs, etc. But when it can do all those latter things and still create music that you just kind of soak up rather than be assaulted with, I’m hooked.

Such a sound usually comes from components that control distortion to a heroic degree. The ultra-black background allows me to enjoy the songs I’m playing rather than dissect them.

I’ve found that encountering this particular kind of sonic signature at audio shows usually is the exception rather than the rule. Making fine sound in a hotel environment can be tricky, I will admit, with space constraints, challenging acoustics and sketchy AC power. But that’s why I’m so bowled over when I do find a room pulling this off.

That was the case with Santa Monica, California-based retailer Optimal Enchantment at the Los Angeles Audio Show. The exhibitor rented a large space on the ground floor, where it was making a very immersive, enjoyable sound with an interesting mix of equipment. 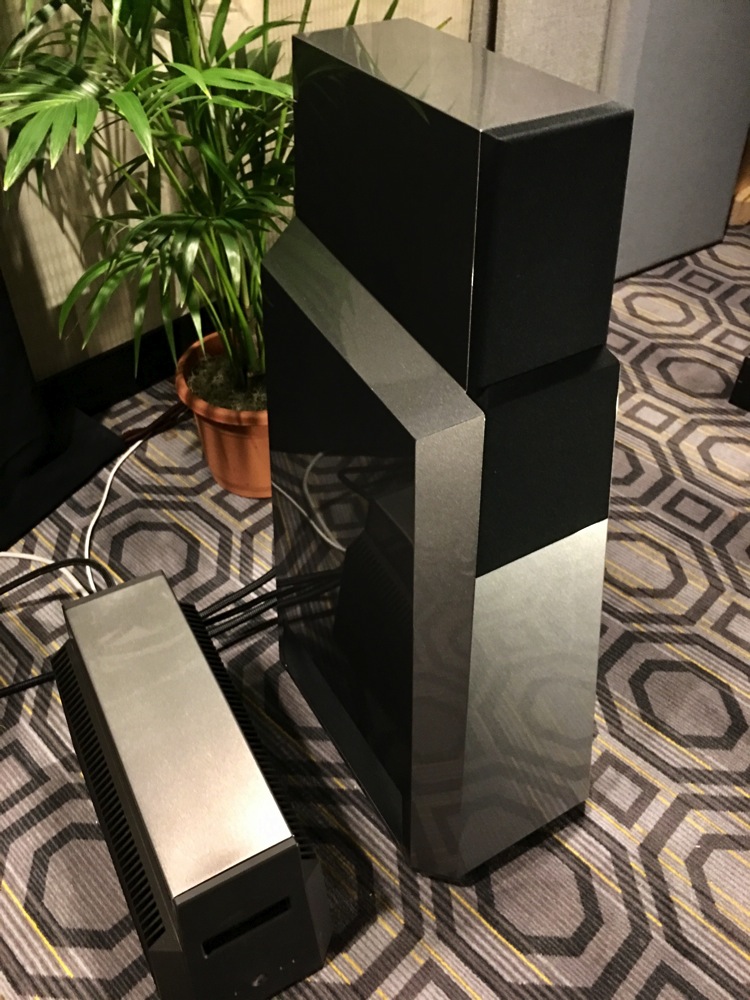 When I stopped by the Optimal Enchantment room, a classical piece was just finishing. The final 30 seconds I heard sounded promising. Then a representative cued up Johnny Hartman’s “I Just Dropped by to Say Hello,” the title track from his 1963 album.

I’ve personally been bringing Hartman discs to shows for years, but it’s rare to hear others playing the underrated singer. Soon, his deep, resonant voice was floating before me, seemingly materializing in the air a few feet in front, and in between, the speakers. 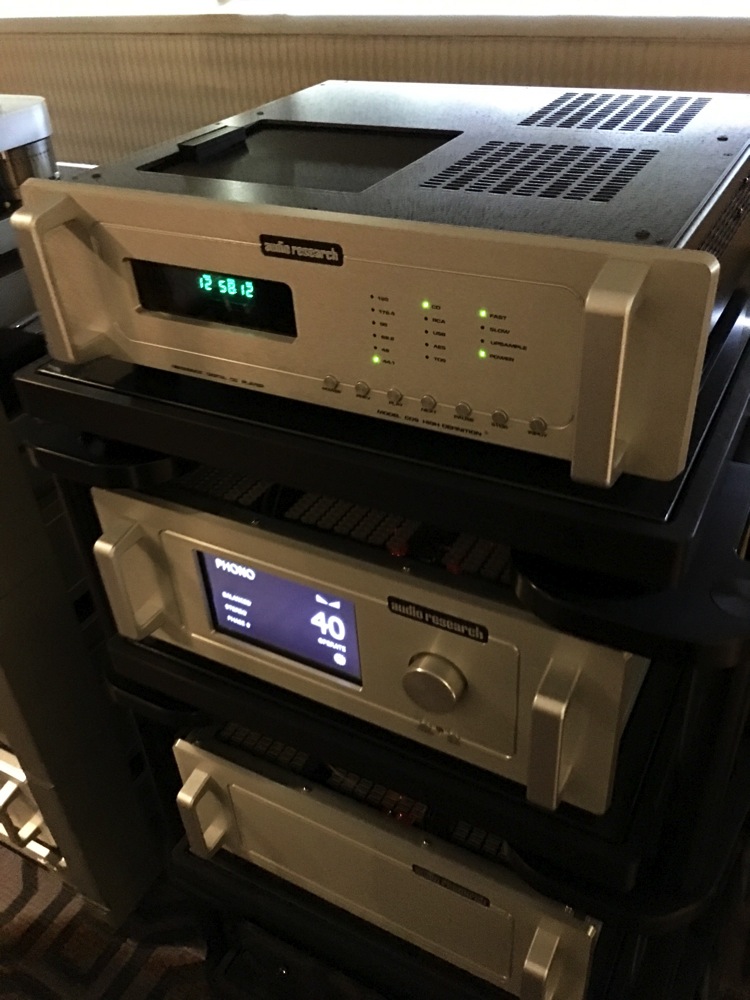 The sound was clear, lush and dreamy, like time had somehow slowed down. Hartman’s recording started to push all my reviewer-bias buttons – in a good way – but I held off final judgment. After all, Hartman embodied refinement. How much of what I was hearing was the man, and how much was the system?

That question was answered as the program switched to something completely different; Tom Jones singing “Nobody’s Fault But Mine” from his 2010 album of devotional, gospel and blues covers, Praise & Blame.

Jones takes a rootsy approach to this much-recorded traditional song, with a minimally mic’d drum kit banging out a simple beat while swampy guitar snakes in and out. The singer starts out soft and vulnerable, like a late-period Johnny Cash, and then begins belting his sorrow and regret in the second verse.

Despite the rougher edges on the Jones recording, the Optimal Enchantment gear retained its ease and polish.

The total price tag of this system put it among the mega-rigs in LA, but it offered more than bling and bragging rights. It delivered the goods. Enchanting indeed.

by John Richardson I come from a do-it-yourself type family. To the best of my knowledge, this handy trait started out with both of my grandfathers and got handed down from there. One was a […]

I’ve learned to allocate a little extra time when I see the Accent Speaker Technology Ltd. sign in the hallway at a show. Inside the room, I know I’m going to find a set of […]

RMAF 2107: Nagra, Wilson define the state of the art

I found myself getting short of breath at RMAF not long after I entered room 1030 at the Marriott Denver Tech Center. I put most of the blame on my general middle-aged poor health, combined […]