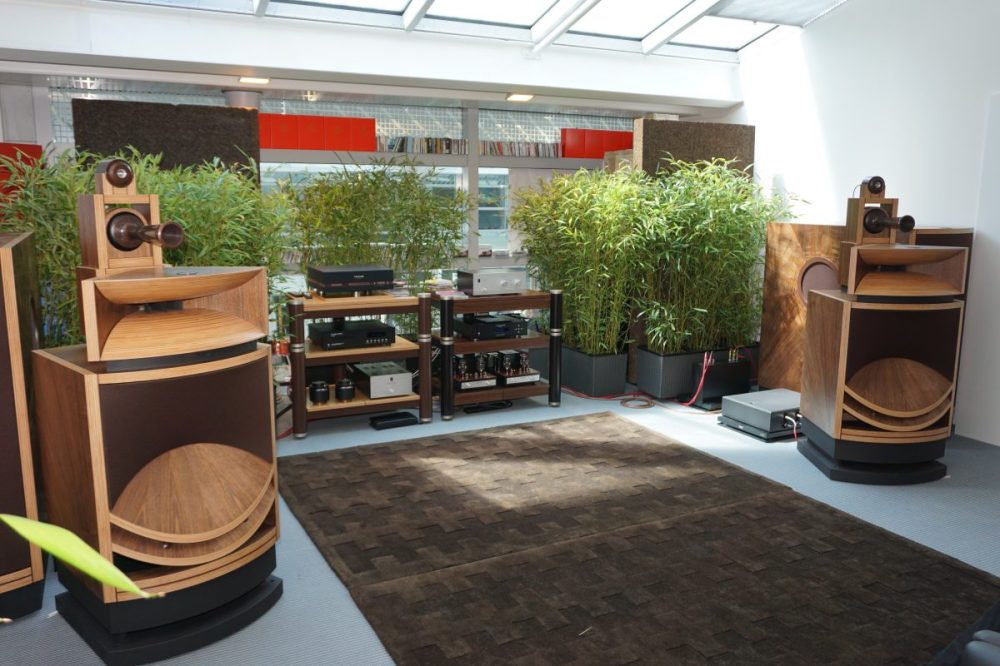 Another show, another great show actually.

It is useless pointing out how good of a show Munich has became in recent years. This is the place to be for everybody, starting from emerging realities and young designers all the way to established brands and legends of this small industry of ours. No exception this year either, and I did notice than more and more US strongholds are moving towards the German city after the debacle that has been the latest Vegas CES, nowadays focused on cell phones and drones.

Visiting the Munich High End show is becoming a bit like visiting the International Artisanal Ice-cream trade show, so many flavors and it all comes down to personal taste more than who’s best. Not sure if something like “best” actually applies to high end audio, it would almost make sense to divide products into categories like horn and planar speakers, tube and solid state amps but then again it remains quite hard to judge a system’s components and throw votes after maybe half an hour of a crowded session.

Still, I know many love to read what our favorite sound was and mine proved to be the Living Voice Vox Palladian system powered by Kondo electronics. I wrote about this experience a few weeks back, the moment I went out of the room I realized how much I was enjoying that demo, that same moment I had to get back in for more. No higher praise than having so many ice-cream flavors to choose from and still craving for that same one you already tasted. Interestingly Kevin Scott, owner of Living Voice has been pulling this same trick for years now, he is among the very few to manage horns and external sub-woofer units like this, meaning with coherent sound. There is musicality and speed, there is a real coloratura soprano singing in that room pretty much every time I drop by. 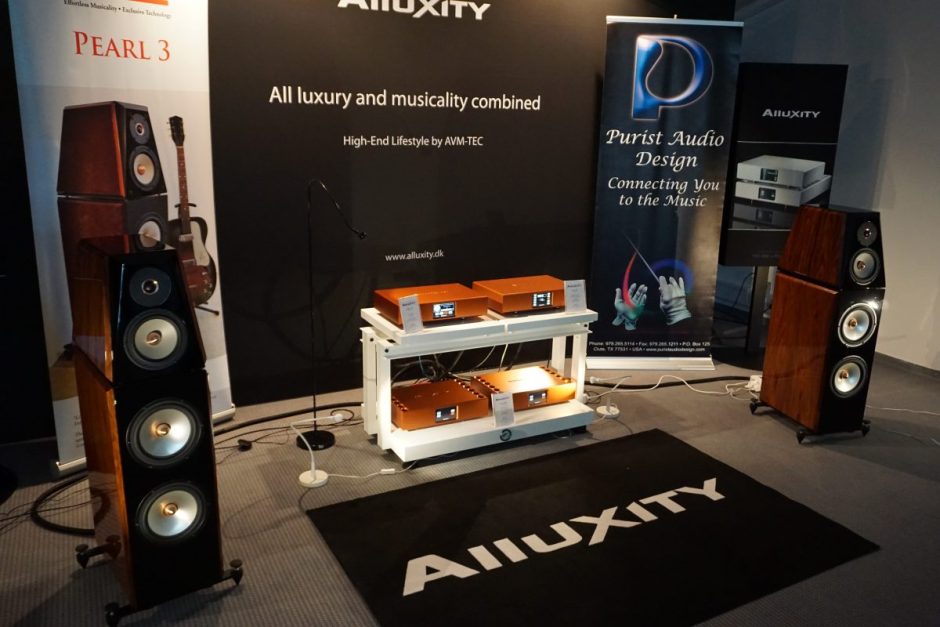 If we move a step down or better put, divide the room’s MSRP by a factor of ten, we come down to my favorite and almost affordable system from the Munich 2017 show, the Alluxity & Joseph Audio connected with Purist Audio Design cables through-out. Older people keep telling me there was a day when high end audio was about systems costing in the 100.000 whatevers, those days if ever existed are long passed. In 2017 I call a sub 100K system an affordable one and it was with a sign of relief I could notice how well a moderate priced system sounded. I wish there was a 20 or 30K system that managed to draw my attention like this but in Munich we rarely see anything that comes even remotely close to truly affordable rigs. 100K is the new entry level apparently.

I have been using my own currency since last year, I call it “whatevers”. Systems have skyrocketed in such an exponential matter that 100K speakers are entry level for many manufacturers and 20.K for a piece of cable makes no heads turn, at least not in Munich. It doesn’t really matter what currency the sticker suggests, if you care to know if that room had a retail in euros or US dollars you probably cannot afford it. Munich is more like, ohhh, that room costed more than three quarters of a million whatevers.. 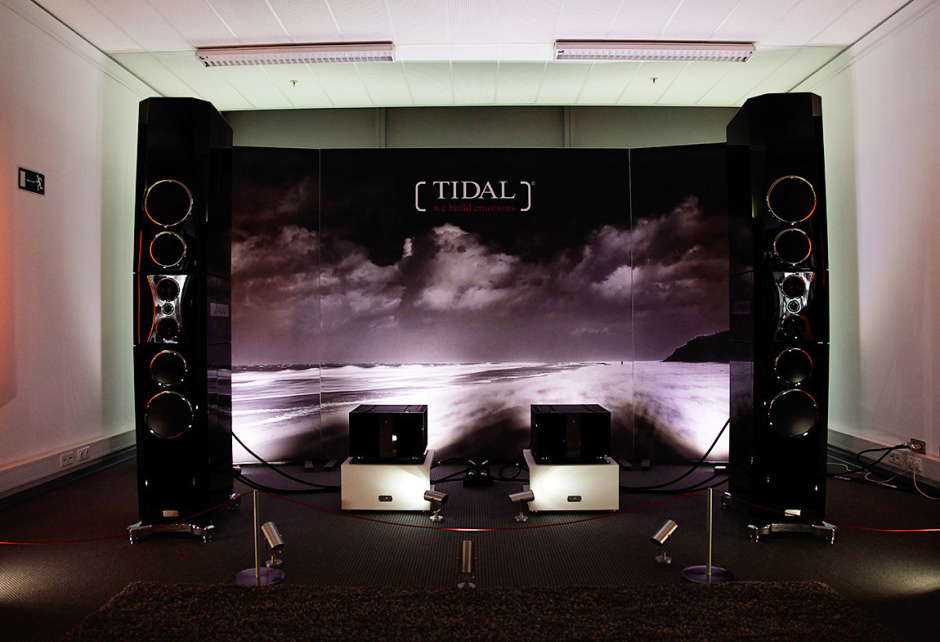 Enough with my rant and again congrats to Jeff Joseph and Alexander Vitus for showing that an almost affordable, great sounding room is still possible. Going back to the non-affordable realm a few new products were worth of mention, speakers mostly. The new Tidal La Assoluta is a breath-taking beauty with something like 100Kg of lacquer coating per speaker, some fancy custom Accuton drivers and a price tag that will be out of my reach for many lifes to come. In the overall presentation I noticed a small delay in the bottom octave which costed it the best of show award but this was something I could notice on several other rooms and probably has to do with the acoustics. Rafe was very excited with the Tidal demo (we had to promise him a couple of pints to get him out of there). 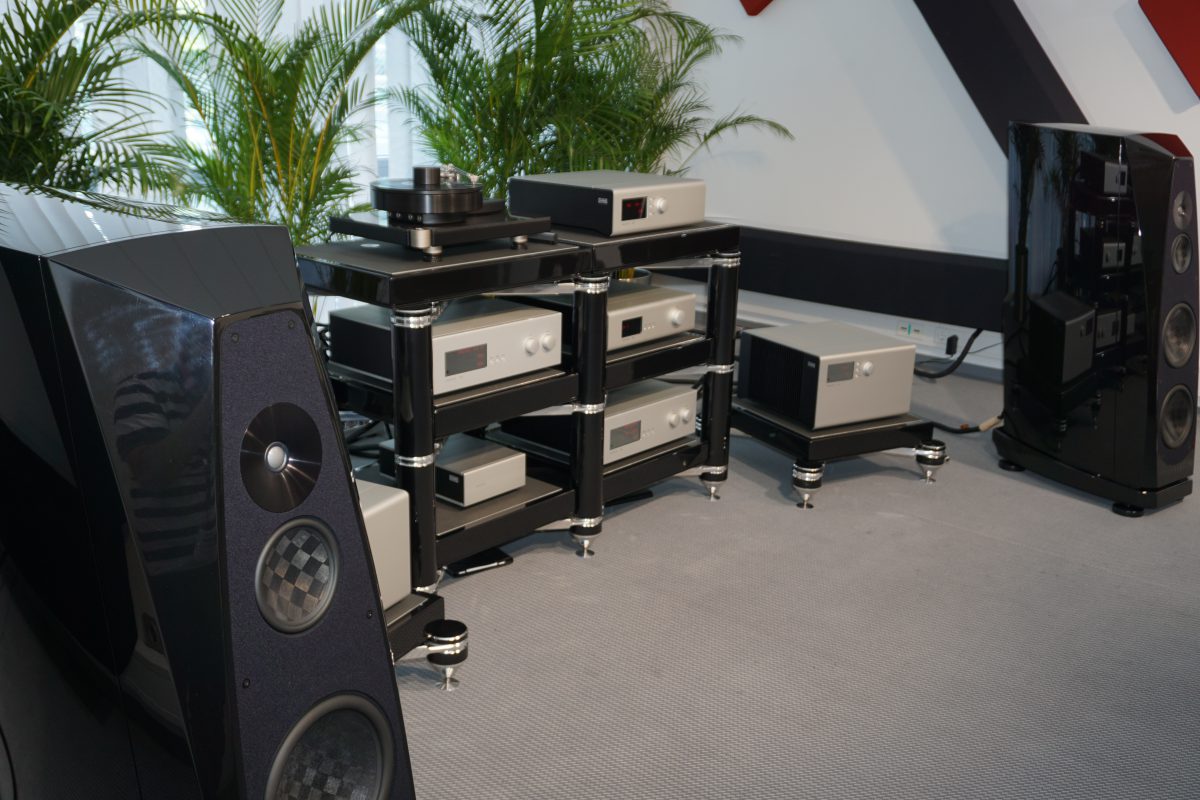 The Rockport Cygnus and Lyra were also very impressive, for a “box” design (that has very little to share with boxes) this is as good as it gets. Wilson Audio Specialties has not been showing in Munich for years, not officially that is but there designs make it in many, many rooms and they impressed me yet again this year with their Alexx towers driven by Nagra amplifiers with a Kronos Sparta turntable on the analog front end. Sheer musicality on that room and out of the box demo tracks too. 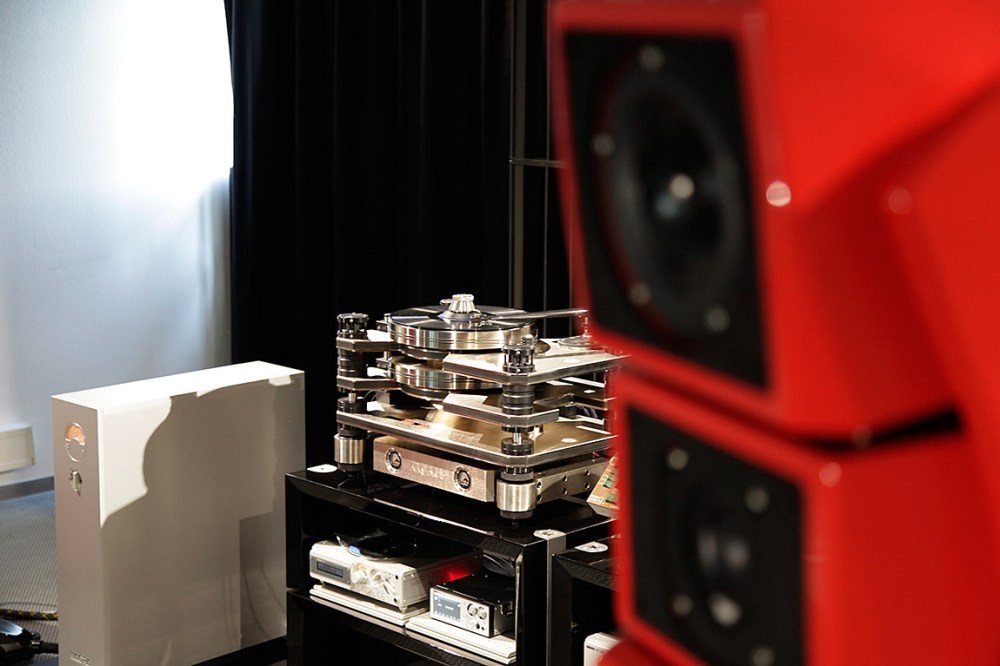 Last but not least a small mention for the Estelon Lynx system, a DSD driven wi-fi speaker straight out of the USS Enterprise. An innovative design with breathtaking looks that paves the way for other high end wireless speaker systems. 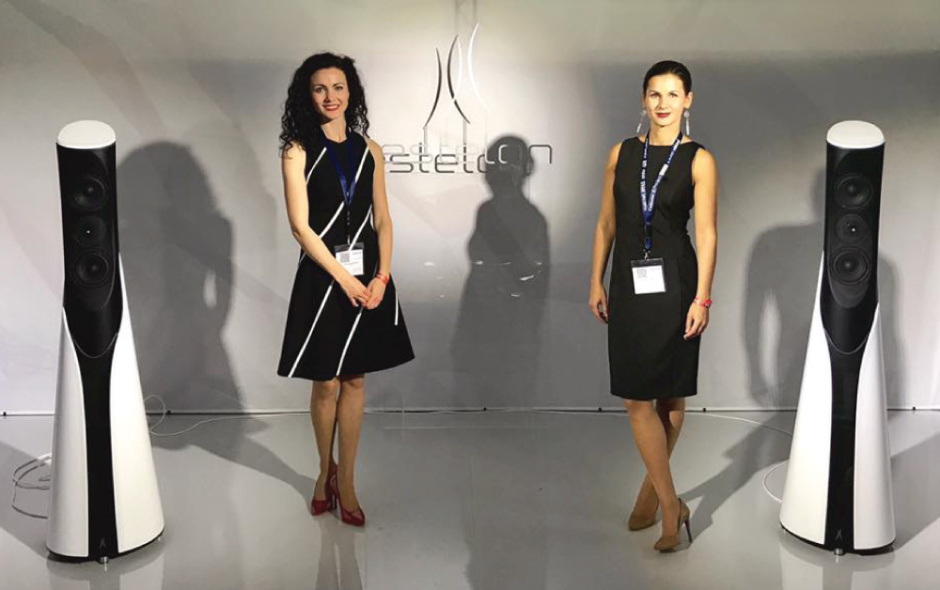 Before closing I would like to thank Rafe and Mohammed from the Part Time team along with Antonis from Audiohub.gr for being such a great team, showing professionalism like few others, especially when it came down to supporting the local brauhauses. I wont be touching another weiss beer for months just to make space for next year. Until then 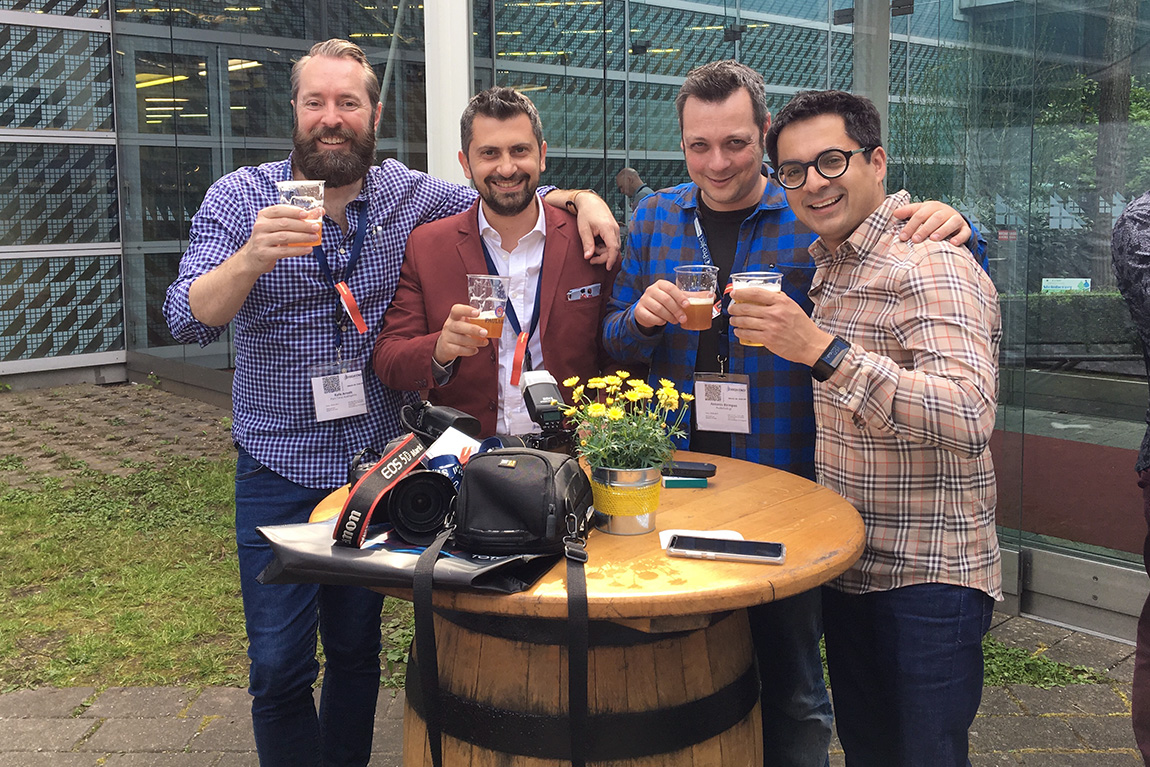 With COVID-19, we are living in unprecedented times. We will (hopefully) return to (a new) normal in the coming months, but how businesses respond to today will define their legacy for years to come. Speaking […]

A trip to the Vitus Audio Factory Denmark, a country with a landmass 1/25th the size of Ontario Canada and a population of only 5.6 Million, occupies one of the most prestigious spots in the […]

I thought about starting this report on Einstein Audio Components with some would-be snappy play on the company’s name, such as “Einstein really did its math in Newport,” or T.H.E. Show = MC2 for Einstein.” […]